And just like that, the game has ended for two more Game Changers.

The penultimate episode of the current Survivor season saw the elimination of two players who entered the hour in strong positions: Andrea Boehlke, betrayed by her own alliance due to her status as a challenge threat, and Michaela Bradshaw, voted out after yet another chaotic Tribal Council involving folks standing up and whispering to one another. If Game Changers provides a single lasting impression on future Survivor seasons, it’s the utility of the Tribal Council telephone game.

'Survivor: Game Changers' Adds Family Emotions In 'It Is Not a High Without a Low'

For Andrea, this is the fourth time she’s been voted out of Survivor, despite only playing three times previously. Her first season, the controversial Redemption Island, featured a twist in which eliminated castaways could battle their way back into the game. Andrea outlasted three other competitors to resume her quest for the million dollar prize, only to get voted out for good at the very next Tribal. She returned to the competition a few seasons later on Caramoan, yet another controversial edition of the show due to its fans vs. favorites format. When she was eventually blindsided with an unused immunity idol hanging around her neck, Andrea walked away with a big smile and appreciation for her fellow competitors’ move. This past season, Andrea’s admirable sportsmanship took something of a dive when she was betrayed by friend and ally Zeke Smith, but when it came to her own exit, she was once again all smiles, playfully poking at her No. 1 traitor, Cirie Fields.

The episode’s second eliminated castaway, Michaela, wasn’t quite as easygoing on her way out of the game — although she did end things with a big laugh during her final confessional. What’s more, Michaela’s exit was much less personally explosive than when she was voted out of her first season, last fall’s Millennials vs Gen X, one of the most memorable blindsides in recent Survivor history.

'Survivor: Game Changers' Runs The Numbers In 'Reinventing How This Game Is Played'

Every week this season, Survivor host Jeff Probst joins The Hollywood Reporter for one last look at the latest eliminated castaway: what the player did right, what the player did wrong and the question he still ponders long after snuffing their torch. With that said, read on for Probst’s final thoughts on both Andrea and Michaela.

What did Andrea do right this season?

I really like Andrea’s style of game play. Even after three times, it’s still understated. She doesn’t make flashy moves, but she does listen to her gut. She is also willing to make big moves without overthinking it. She’s better at challenges than people give her credit for. I think she’s a fan favorite, and people enjoy watching her play.

What did she do wrong?

If I had to pick one thing, it’s probably her emotional reactions. Survivor deprives you of so much and it’s so hard to keep your wits, but making a move based on emotions can be the end of you. But it’s hard to find a lot of fault in her game. She’s very good.

What lingering question do you have for Andrea, long after the game ended?

What have you learned that most surprised you about how others see you?

Shifting toward Michaela, what did she do right this season?

She never let herself get down. Even when it was hard for her to form relationships or find people to play with or convince her tribe to put her in a challenge, she kept on keeping on. I really admired that tenacity. Seeking Cirie as a mentor was the best move she has made in two seasons. She picked a Survivor master and then listened to Cirie’s advice. If she plays again, I imagine that advice will stick and the friendship they formed will serve her for years to come.

What did Michaela do wrong?

It’s tricky with Michaela, because so much of her great energy comes from her emotions — but like Andrea, her emotions can also get the best of her. Michaela doesn’t like to stand down to anyone, and in Survivor, that’s a pretty big self-imposed obstacle. You have to be willing to eat some humble pie once in a while. I think Michaela is at a bit of a crossroads in life. She’s maturing, and with that maturation, she’s going to have to decide if she wants to hold onto her reactionary style or soften it a bit and count to 10 more often. I’m not suggesting she should do anything differently, I’m only sharing my observations that in group situations, you do have to find the vibe of the room and go with it — otherwise those doors start shutting.

Any final thoughts on or questions for Michaela?

Do you think you could approach the game where you took the lead in forming alliances and formed them based on connection, rather than solely on “you need me and I need you, so let’s do this”? It’s probably a strange question, but that’s what I wondered after this season. 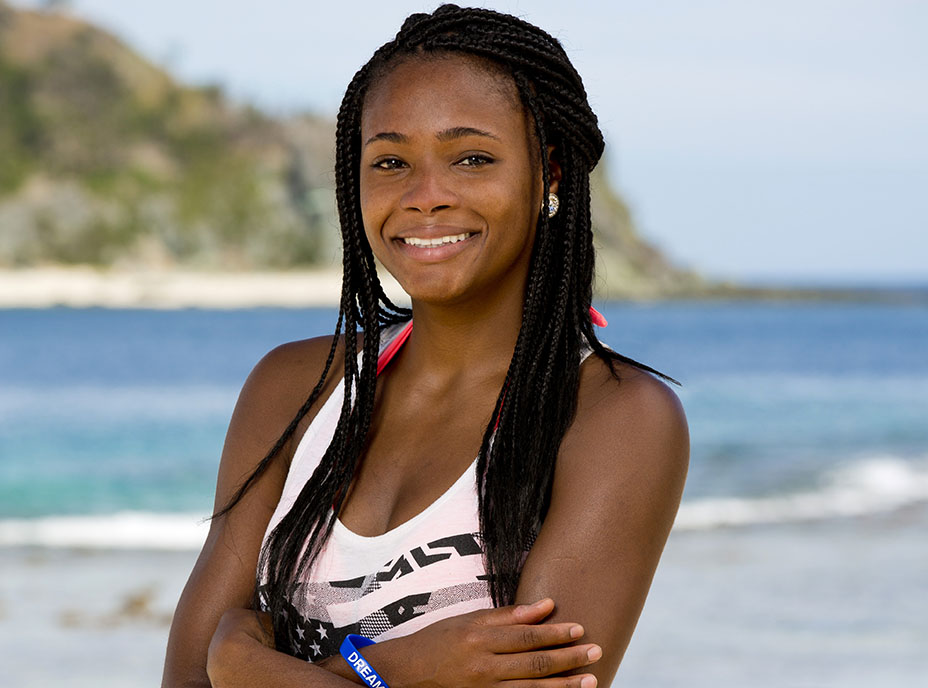 What are your thoughts on Andrea and Michaela’s eliminations? Let us know in the comments below, and keep checking back all season long for weekly chats with Probst, recaps from THR‘s very own Dan Fienberg and more. Keep the conversation going with me on Twitter @roundhoward.