[This story contains full spoilers for the latest episode of Survivor Ghost Island.]

Chris Noble entered Survivor wanting to pull off some spy tactics. Mission accomplished, at least temporarily — very temporarily, at that.

The rock-tossing male model from New York by way of Florida became the eighth person eliminated from the season this week, earning a few other distinctions along the way: Chris is the first member of the jury; he’s only the third member of the original Naviti to leave the game; he was voted out with a hidden immunity idol in his possession, earned during a stealth mission to Ghost Island in the middle of the night; he only attended a single Tribal Council during his run in the game, and couldn’t manage to survive the night; and on top of that, Chris wasn’t even allowed to cast a vote, since he lost it on Ghost Island in an attempt to add power to his idol, which originally belonged to the legendary one-time winner and two-time loser JT Thomas.

In other words: Nick Maiorano, eat your heart out.

Given all the excitement surrounding Chris’ exit (the climax of a greater war between the Noble One and his sworn enemy, construction worker Domenick Abbate) and his secret mission to Ghost Island, executive producer and host Jeff Probst supplied The Hollywood Reporter with his extensive thoughts on how Chris’ final episode as a player played out — including some further elaboration on Chris’ rap skills, such as they are.

On how the secret mission to Ghost Island was conceived:

“The entire Ghost Island season was built around the idea of haunted spirits and all the conventions that fall within the genre. So we just made a giant list of everything we could imagine happening. One of those ideas was a night sneak to Ghost Island on a boat only lit by fire. Anybody in production knows that is easier said than done! But what a fun challenge for our team. We had to engineer a way for him to sneak out of camp, quietly get on a boat, quickly get to Ghost Island where he would race into the jungle and have to figure out the game, decide whether to play and then get back in the boat and race back. And we had to be certain we could do it all within about 45 minutes and that we could shoot it without using [infrared cameras], just fire. Obviously I am biased, but I thought our team executed it beautifully.”

Will we see another similar mission this season?

“Who knows. But to your question in general, our approach is to keep the game as uneven as possible. So it’s unlikely another night sneak would happen anytime soon since we anticipate players will be looking for it. Fortunately, we have assembled a big enough library of advantages and twists that we can mix and match, which makes it more fun for the players.”

“When this idea of Ghost Island was first pitched to CBS, I could feel a lot of hesitation. In fact, they never really said, ‘We love it, go for it!’ Instead, they remained consistent with their support in letting us try new ideas, regardless of their personal thoughts about whether the idea will work or not. I have a lot of friends who produce shows and I’ve heard from them that this kind of support is very rare. It’s one of the fundamental reasons we are able to try risky ideas. And when you are in your 36th iteration, you have to be able to try new ideas, otherwise the show will become stale. The resistance I sensed surrounded bringing back old relics from the past with the idea that they were haunted. It’s obviously corny, but the appeal of the idea was: ‘But what if they are haunted?’ Everything centered around the question, ‘Can you reverse the curse?’ And in the case of JT’s idol, the answer appears to be, ‘No, apparently, you can’t.’ You couldn’t ask for a more on the nose example. Chris wins JT’s idol. He knows the curse: JT was too confident and got voted out with an idol in his pocket. And what happens? Chris gets too confident and gets voted out that night with the exact same idol in his pocket.” 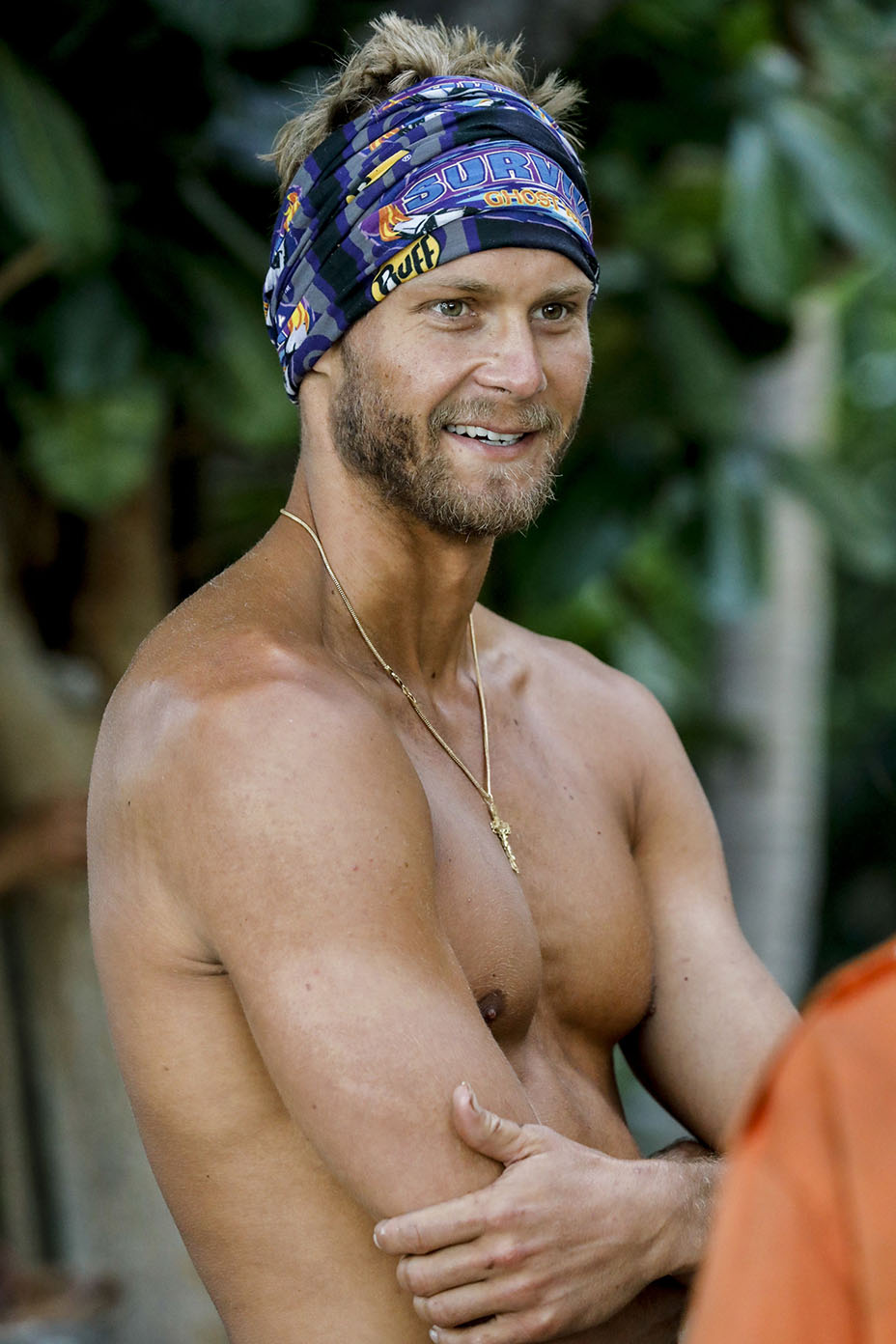 On how Chris played during his one and only Tribal Council:

“It’s so easy to backseat quarterback this game and say, ‘Only fools get voted out with an idol in their pocket.’ But the game isn’t that simple. You can’t play a safe game and expect to get far, let alone win.  The game has changed. It forces you to take risks. Chris was going on his gut. He felt safe and didn’t think he needed to play it. Lots of people have risked not playing an idol have and escaped Tribal. Chris didn’t. Is it because that idol is cursed? That’s the fun of this season!”

The outcome of the war between Chris and Domenick:

“One of Survivor’s all time greatest rivalries is Dom vs. Chris. To have it start on day one and last to the merge was one of our most unexpected gifts. Dom is as good as we knew he would be when we fought to get him the show. Chris is even better than we thought he would be. Chris really earned his spot out there. He gave us everything you could ever hope for in a player. He is a love-him-or-hate-him kind of guy, but regardless which side of the fence you fall, he is magnetic. Every time he spoke I found myself leaning in to make sure I heard every word. And to his credit, Chris played a very strong game. He took no prisoners. ‘You’re with me or you’re not, and if you’re not, you’re dead to me.’ Survivor fans love someone like that because it makes for exciting game play to watch.”

What Probst said about Chris Noble in the preseason:

“Chris is a question mark for me. The reason he’s a question mark is that on one hand, he’s a really compelling guy. He has a big reason to come play. He has had a family situation for a long time, and he’s here to play for his mom. He’s a good-looking, big, strong guy. On the other hand, I can’t tell if Chris is really good socially or really bad socially. That’s why he’s a question mark. If he ends up being the first one out, I won’t be surprised. If he ends up at the final six, I’ll go, ‘Yeah! Not surprised!’ I just don’t know.”

What Probst thinks about Chris now, in light of how he played:

“My new assessment would be that he is even more compelling than I realized and he was probably one or two votes away from going much deeper in the game. But his social game ultimately would make it hard for him to win. Maybe this experience will give him a bit of self-awareness that he can benefit from in the future. He’s a guy with a very big heart, who didn’t take things personally, and was happy to have had the experience. I’m really grateful he chose to leave his family situation for six weeks and come play Survivor.”

“I’m the wrong guy to ask. I appreciate his confidence. His raps are corny because he’s corny, but they fit his story. If you want to see his full rap persona in a way you could never imagine, check out his Ponderosa video. Definitely worth a watch.”

With that said, go ahead and take Probst up on his offer by watching Chris’ rap skills for yourself in the video below: