[This story contains spoilers through the latest episode of CBS’ Survivor: Ghost Island.]

“I love it when people go full-tilt boogie with a lie.”

That’s executive producer and host Jeff Probst’s first reaction to the latest Survivor episode, in which one player tried to gaslight the tribe after getting caught in a lie: Desiree Afuye, Brooklyn-based student and original Naviti tribe member, trapped in the truth.

Sensing an opportunity to flip against her longtime ally Kellyn Bechtold and the rest of the day one Naviti crew, Desiree (and fellow conspirator Chelsea Townsend) attempted to woo the ex-Malolo players into a top secret coup. So much for that! Laurel Johnson, one of only four Malolo still in the game, passed along the news of Desiree’s game-changing ambitions to her secret ally Domineck Abbate. The result: pandemonium at camp, as news of Desiree’s planned betrayal spread to Kellyn, leading to an incredible moment in which Des tried to cover her tracks by denying that the plan was ever discussed in the first place — even though there were at least four witnesses to the crime.

“It is such a brazen and risky move,” Probst tells The Hollywood Reporter about Desiree’s lie, which continued to play out publicly not only at camp, but also Tribal Council. “But if you can pull it off and get to the end, it seems to count for a lot on the Survivor résumé.

“What I most appreciated about Desiree’s approach was she did not back down,” he continues. “She never gave an inch. She was so convincing that at times I think people were second guessing themselves a bit — ‘Wait, is she telling the truth?'”

In the end, the vast majority of the players correctly saw through the ruse, and voted Desiree out of the game, making her the third member of the jury. While secrets and lies are tools of the trade on Survivor, what was it about Des’ scheme that prevented it from taking flight?

“My takeaway from this episode as it relates to lying is this: If you’re going to lie on Survivor, you need to lay the foundation early in the game,” says Probst. “It’s as if you have to imagine the kind of lie you might tell and know what it will sound like coming out of your mouth, then find an opportunity when you are telling the truth and play it the same way. Set the trap. Now they know what you sound like when you are adamant that it’s the truth, so hopefully later on when you lie, they’ll refer back and believe you.”

Adds Probst, “Of course, I have never played Survivor, so I am clearly talking like any other fan who sits at home and says, ‘I would be amazing at this game!'” 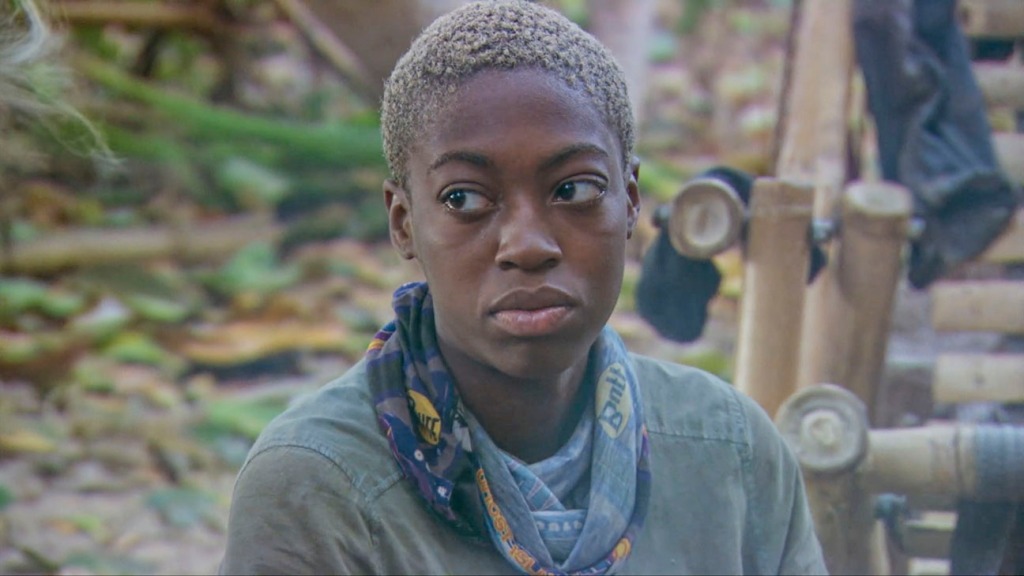 For now, the next person to sit back down is Desiree, only the fourth member of Naviti overall to be voted out of the game. As always in these columns, we’ve reached the point where Probst looks back on his preseason assessment of the ousted players. Here’s what he said about Desiree before the game began: “Desiree is a definite threat to win the game. I don’t think I appreciated that as much in casting as some other people did, but the more I talked to her, the more I realized it. She’s super young, but does not come across that way. She’s super bright, but you might not guess it. She’s athletically gifted, which you might know from looking at her. But those are some very great skills, and she’s playing with a lot of people in her age range that she could do really well with. She would be a delightful winner. I think people are going to like her.”

Here’s how Probst views her now: “I think Desiree is everything I said pre-season, but I don’t know if we saw all of her charm. She was certainly likable, but I think Survivor hits you so hard that it can take some of your softness away and replace it with a bit of an edge. Desiree sensed she was in trouble and made a big, risky move. It was a great play. To lay back would have most likely ended the same way. She knew she wasn’t in a strong enough position in her alliance, so she went for it. If you want to win, you have to pick your moment. Otherwise, your options continue to dwindle. I love how she went out. She seemed to get so much pleasure out of the entire lying event. You could almost see a smile creeping in, even when she was screaming she was telling the truth.”

Before we close out for the week, here’s one last look back into the past at the second member of the jury: Libby Vincek, the casualty of Michael Yerger’s idol play in last week’s episode. We didn’t get to speak with Probst then; here’s our chance to reverse the curse.

Here’s what Probst said about Libby in the preseason: “Libby reminds me a lot of Andrea Boehlke. When Andrea was first on the show, we liked her, but we weren’t sure if she would stand up and be counted or if she would fall over. Libby, I feel the same way. I could see her being a perennial returning player, and I don’t know anything about her! And yet, if she got slammed in the second episode, then I would say, ‘Well, that’s OK. You could always try again.'”

And here’s what Probst thinks about Libby now: “Libby made the first big move of the season. She earned her spot with that move. I think she showed how capable she is at navigating relationships without a lot of fanfare. She had to play a more reactionary game due to the numbers and couldn’t find her way into another alliance. She’s a very likable young woman, and I think she had a lot of fans who enjoyed watching her play.”