[This story contains spoilers for the latest episode of Survivor Ghost Island.]

For the first time since the season launched three weeks ago, a Survivor Ghost Island competitor came across an opportunity to reverse the curse on one of the most legendary mistakes in the show’s nearly two decades on the air.

Sadly, no such luck for Michael Yerger, who came up with a compelling lie at the latest Tribal Council. Having come into possession of an immunity from Survivor China — one of two that James Clement famously exited the game with in his pocket — Michael tried to pull a fast one on his adversaries, the five original Naviti members currently kicking around on Malolo beach, by fibbing about the rules of his relic.

In Michael’s version of events, James’ old idol had returned as a “double idol,” meaning it would protect two people from the vote. Of course, it was a lie; the idol was a regular idol. But Michael’s commitment to the ruse was so impressive, that it even left host and executive producer Jeff Probst confused on the night of the gamble.

“When we met Michael, we knew instantly we wanted him on the show,” Probst tells The Hollywood Reporter about the 18-year-old model, who has been lying about his age in the game, among other secrets. “I’m really intrigued by younger people playing Survivor, because their attitude is so different from the older generations. You saw that instantly when Michael lied and said he was 23 for fear that he’d be judged if he told them the truth that he was only 18. And you saw it this week with his double-idol idea. Brilliant.”

“I had to really work to keep it together at Tribal,” Probst continues. “I was shocked when he said it. He was so convincing I found myself having an inner dialogue: ‘Wait a second, it doesn’t have double power, does it?'”

Probst managed to hold it together, but unfortunately, Michael wasn’t so lucky, failing in his attempt to sway Chelsea and Sebastian into voting for Bradley, and also misreading the victim of the old Naviti tribe’s vote: Brendan Shapiro, blasted out of the game with five votes to his name, and immunity mistakenly played upon the otherwise safe Stephanie Johnson.

“I think the only thing that went wrong is Michael just guessed wrong,” Probst says about where the move failed. “And I think if he watches Tribal, he may feel there was a giveaway before he played it. If he had been watching their reactions, he might have played it differently. But it was a gallant effort, and as a producer, that is all we could ever ask for from a player. That kind of straight-up, in-your-face bravado is what we dream of finding in every player.” 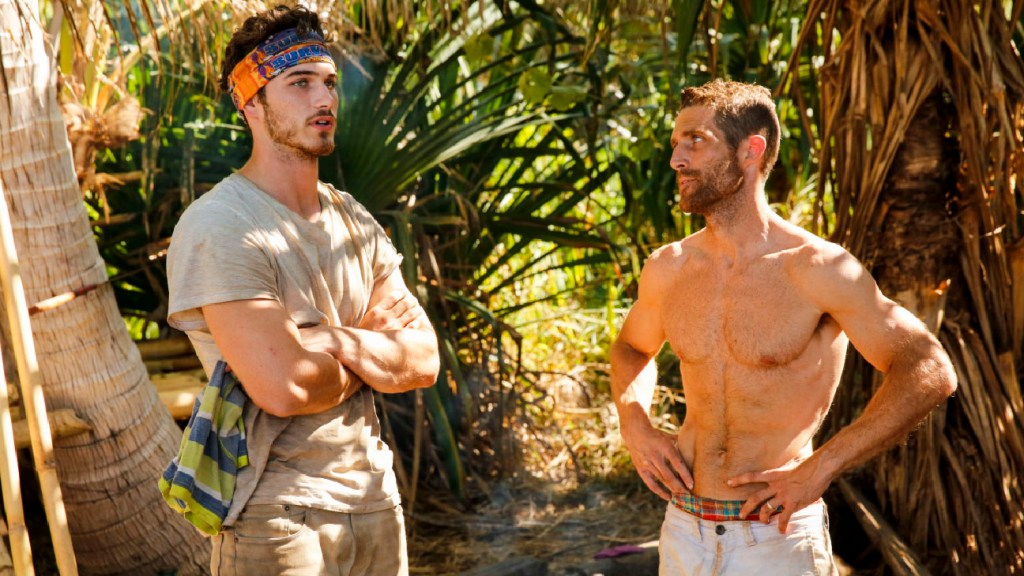 Michael’s play was the lightning-rod moment of the evening, but it wasn’t the only gamble. Earlier in the episode, upon arriving at Ghost Island, Kellyn had the opportunity to put her vote on the line in order to gain a secret advantage. She decided the potential sacrifice was too risky, and chose to hold on to her vote. Lucky thing she did; though we don’t know the advantage she was playing for, Kellyn’s vote was crucial in keeping the Old Naviti strong at the New Malolo camp.

“Ghost Island continues to provide great results,” says Probst. “There is so much uncertainty when you go to Ghost Island that it is unnerving people. Will you get to play a game? If you do, will you be willing to risk your vote — the most powerful thing in the game — for a shot at an advantage? And it’s lonely on Ghost Island. It gets very dark, very fast, and it’s very real. Alliances that stick together must endure a lot of turmoil. This game is early. Naviti does not have it wrapped up quite yet.”

Before we close out this week, one last order of business: a final look at Brendan Shapiro, the physical education teacher on the wrong side of the vote at the fourth Tribal Council. Years ago, Brendan was in the mix for the fourth season of Survivor, leading to some (yours truly included) thinking of him as an alternate universe Hunter Ellis. In the end, Brendan placed better than Hunter; alas, only by one spot.

Here’s what Probst said about Brendan in the preseason: “He’s been applying for a long time. We talked to Brendan for Millennials vs Gen X, and we thought about him for Heroes vs Healers vs Hustlers — and while we loved the guy, he just doesn’t really fit. We really almost put him on season 35, and at the last minute we decided he wasn’t the right fit. But now he belongs here. I think as often happens, Brendan will be glad he waited. This makeup of people seems really suited to him doing well. Brendan could absolutely win the game. He has all the skills. He’s really gifted in terms of talking and telling stories, and moving people without them feeling like they’re being moved. He’s physically super fit. He’s been around. He’s started a business. He’s not going to get excitable by a lot. I really like Brendan.”

Here’s what Probst says about Brendan now that he’s been voted out: “Brendan didn’t do anything wrong. He just ended up on the wrong side of the numbers. He’s a savvy player and if he played again could easily have a different result and last a lot longer. One of the things that the audience really understands, sometimes more than the players, is this: When you are voted out does not matter nearly as much as how you played while you were there. Boston Rob was voted out seventh the first time he played, but the minute he was voted out we knew we wanted him back to play again. That’s why we put Brendan on: We knew he would play. He’s a good leader and a smart strategist, but once he lost the numbers, he just couldn’t persuade them to keep him.”

What did you think of Michael’s move? Sound off in the comments below and keep checking THR.com/Survivor for more coverage.