[This story contains spoilers through the latest episode of CBS’ Survivor: Game Changers.]

Nearly 500 individuals have competed on Survivor. Many have returned for second chances at the million-dollar prize. Very few have participated in back-to-back seasons, playing their second rounds before their first games have even aired.

Zeke Smith, the Brooklyn-based Survivor super fan who has been at the heart of the landmark reality competition series for the past two seasons, exists in that elite category — and like his predecessors, his second time was not the charm.

Zeke became the 11th person voted out of Survivor: Game Changers and the fourth member of the jury in the latest episode of the season, taken out by the people he previously viewed as allies. Between his run on Survivor: Millennials vs. Gen X and now Game Changers, Zeke has 62 days of play time under his belt. What’s more, he weathered one of the show’s all-time darkest (and perhaps most socially important) moments — when fellow castaway Jeff Varner outed Zeke as transgender at Tribal Council — and came out the other side ready and eager to keep playing and make big moves. Some might argue that those big moves are exactly the reason why Zeke’s time was cut short in the end. Some … but not Jeff Probst.

Every week this season, the Survivor host joins The Hollywood Reporter for one last look at the latest eliminated castaway: what the player did right, what the player did wrong and the question he still ponders long after snuffing their torch. With that said, read on for Probst’s final thoughts on Zeke.

'Survivor' Contestant Opens Up About Being Outed as Transgender (Guest Column)

What did Zeke do right?

A lot. Zeke is everything we look for in a Survivor player: great storyteller, good critical thinker, willing to make moves, enjoys making moves. I really enjoyed watching him play both times. I think he got smarter the second time, even though he did not have the benefit of coming home and watching his first season. That’s why critical thinkers are so good at Survivor, they’re like their own version of AI [artificial intelligence]. They get smarter each day as they gather more information and adapt their game. Zeke also has that rare chip in a Survivor player: He will do a 180 on an alliance without a lot of hesitation. It’s a cut-and-burn approach to the game, and from my stump at Tribal, the only way to play.

What did Zeke do wrong?

This is a tricky one to answer in Zeke’s situation, because had it not been for the Varner incident, I think there is a high probability that he would have lasted even longer. But he became too big of a threat due to his personal story that everyone knew would be tough to overcome at a Final Tribal. So in that sense, it was a bummer for Zeke, but that’s the way it goes on Survivor. Only the players decide who stays and who goes, and only the players decide on the criteria for the vote-outs. Yes, Zeke made some enemies as a result of his gameplay, but that’s just the cost of doing business in the new version of Survivor.

What lingering question do you still have for Zeke, long after his game ended?

“Hey, Zeke … what’s next?!” Nah, that’s not my question. My question is, “When you are in a conversation on the beach, listening patiently to what someone is saying … what is the typical thought process going on in that head of yours?” Is he analyzing options, determining their level of truth, judging them, or maybe rehearsing his various responses? My gut is he would say, “At varying levels … all of the above.” 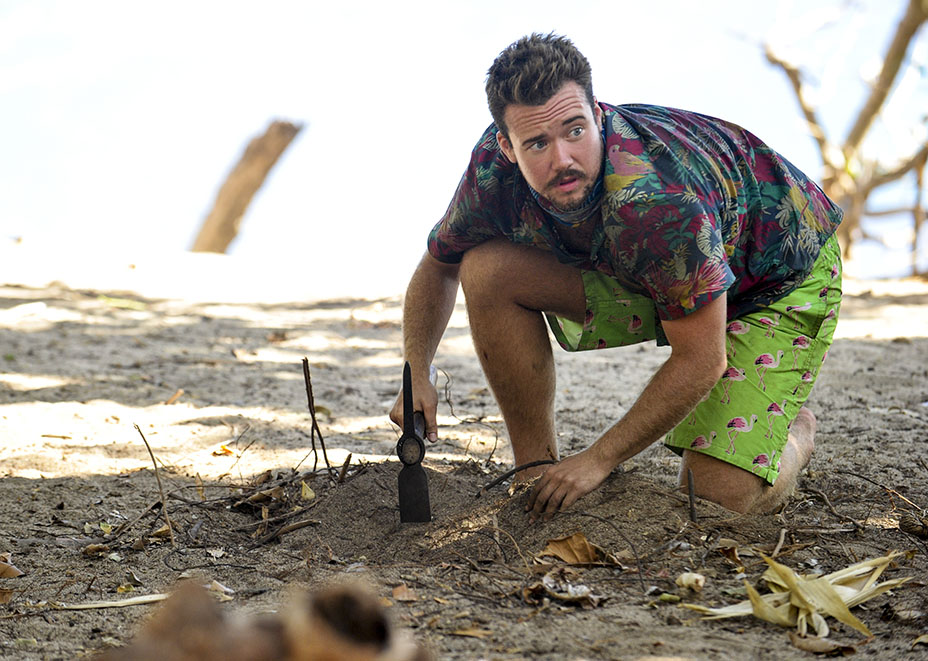 What are your thoughts on Zeke’s elimination? Let us know in the comments below, and keep checking back all season long for weekly chats with Probst, recaps from THR‘s very own Dan Fienberg and more. Keep the conversation going with me on Twitter @roundhoward.

Stay tuned for more from Zeke, including a follow-up to his powerful guest column, as well as a sprawling (not Spradlin) exit interview about his view of the season.