DC Entertainment’s forthcoming SVOD service DC Universe is bringing one of the most beloved comic book characters to the small screen.

Following a months-long dealmaking process, DC Universe has put DC Comics’ Swamp Thing into development. The drama, based on DC characters created by Len Wein and Bernie Wrightson, has a script-to-series order. That means if the script comes in well, the project would then be picked up straight to series.

Mark Verheiden (Battlestar Galactica, Daredevil) and Gary Dauberman (It and its forthcoming sequel) are attached to co-write the script and serve as showrunners on the live-action drama. James Wan (Aquaman) will executive produce alongside his Atomic Monster banner topper Michael Clear, with the company’s Rob Hackett set as a co-exec producer. Verheiden and Dauberman will also exec produce.

The drama follows what happens when CDC researcher Abby Arcane returns to her childhood home of Houma, Louisiana, in order to investigate a deadly swamp-borne virus. There, she develops a surprising bond with scientist Alec Holland — only to have him tragically taken from her. But as powerful forces descend on Houma, intent on exploiting the swamp’s mysterious properties for their own purposes, Abby will discover that the swamp holds mystical secrets, both horrifying and wondrous — and the potential love of her life may not be gone after all.

Swamp Thing first appeared in the 1970s and ‘80s under Moore, Steve Bissette and John Totleben. Over the years, several writers have taken on the character including Alan Moore, Brian K. Vaughan (Y: The Last Man) and, most recently, co-creator Wein for a six-issue miniseries in 2016. Wrightson announced his retirement in January 2017 and died in March. Wein died last September.

The property has been adapted multiple times over the years, including a 1982 feature written and directed by Wes Craven and based on the character created by Wein and Bernie Wrightson. (Jim Wynorski directed the 1989 sequel.) In 1990, USA Network aired a live-action TV series from Joseph Stefano that ran for three seasons, with Fox producing a short-lived animated series in the early 1990s that aired in Canada after it was pulled from the schedule. (Syfy later aired it in syndication.)

Wan next has DC’s Aquaman, which he co-wrote and directed, due in December. His credits include the Saw, Conjuring and Insidious franchises. On the TV side, he directed the pilot for CBS’ MacGyver reboot and exec produces the series. Wan is repped by Paradigm, Stacey Testro International and attorney David Fox.

Dauberman, meanwhile, will reunite with Wan after writing Annabelle and its sequel. He is repped by ICM Partners, Industry Entertainment and Felker Toczek.

Should Swamp Thing go to series, it would join a roster of scripted originals at Warner Bros. Digital Networks’ DC Universe platform including straight-to-series live-action Superman prequel Metropolis; Titans, from Greg Berlanti; and a pair of animated series from Warner Bros. Animation, Harley Quinn and Young Justice: Outsiders. The DC digital service is poised to launch later this year. 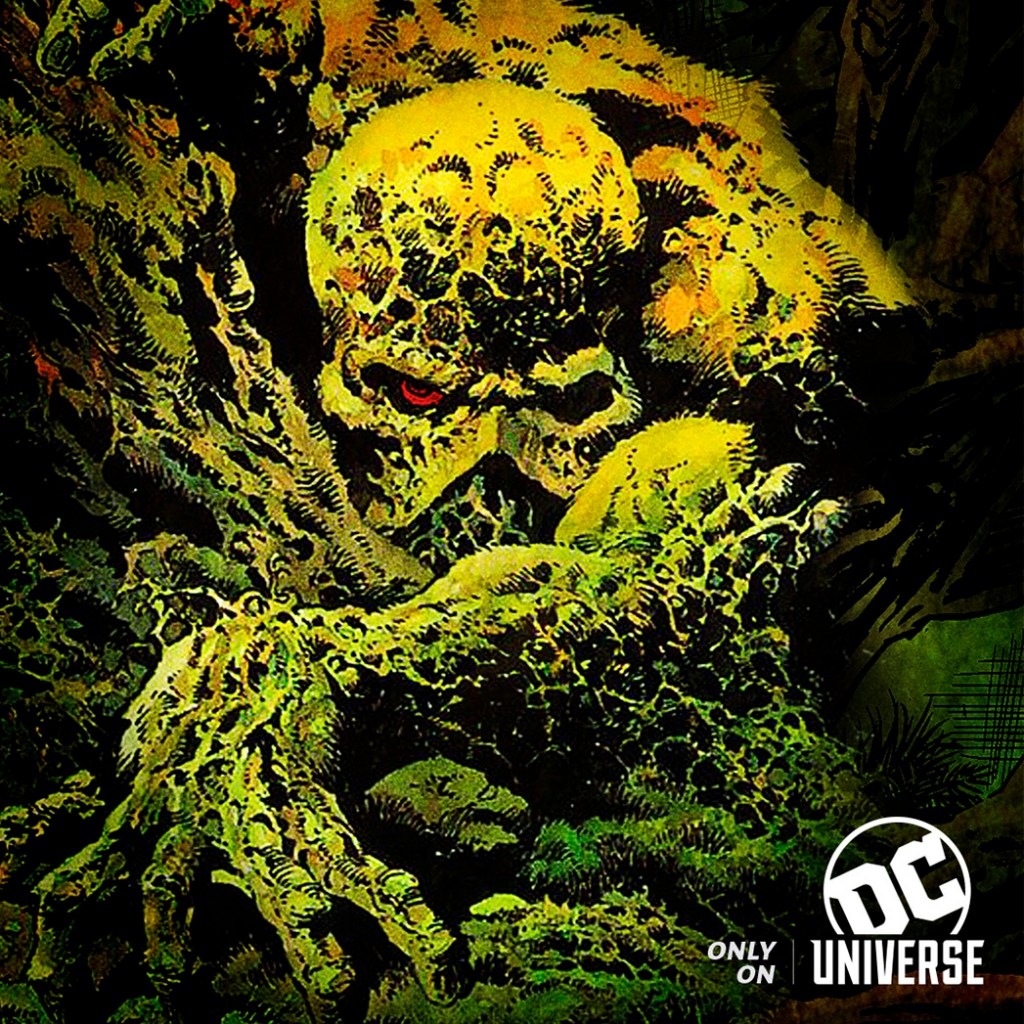