Continue to The Hollywood Reporter SKIP AD
You will be redirected back to your article in seconds
Skip to main content
March 27, 2019 4:15pm
Logo text

Sylvester Stallone is teaming with History for a drama series about dirty cops in early 1900s New York City.

The Creed II and Expendables star will executive produce and direct multiple episodes of The Tenderloin, a scripted drama based on a real-life New York cop at the turn of the 20th century. The series was one of several History projects announced Wednesday at A+E Networks’ upfront event in New York — its first under Paul Buccieri, who was named president of A+E Network Group last July.

The event featured a host of announcements from A&E, History and Lifetime, ranging from off-air brand extensions for History — touted in an appearance by former President George W. Bush — to a four-part Biography special about singer-songwriter Garth Brooks on A&E and a Lifetime miniseries about hip-hop pioneers Salt-N-Pepa.

A rundown is below.

The Tenderloin: Written by Stephen Kay (Sons of Anarchy, The Shield, Stallone’s Get Carter), the drama focuses on Charles Becker, who ran the NYPD’s Strong-Arm Squad tasked with battling ethnic gangs in the titular neighborhood of Manhattan — and later was sentenced to death for murder. Stallone (via his Balboa Productions), Kay and Braden Aftergood executive produce the A+E Studios project.

Washington: A six-hour docudrama from historian Doris Kearns Goodwin and Railsplitter Films that aims to present the man behind the face on the dollar bill through dramatic re-enactments, excerpts from his papers and interviews with historians.

'Vikings' Ending With Season 6 on History

The Food That Built America: A six-hour docuseries from Lucky 8 (60 Days In) profiling people like Henry Heinz, Milton Hershey and the Kellogg brothers who changed the way Americans eat.

In Search Of: The revival of the unexplained-phenomena series hosted by Zachary Quinto has been renewed for an eight-episode second season.

The UnXplained: Another series exploring the facts behind some of the world’s strangest mysteries, hosted by William Shatner and executive produced by Kevin Burns (The Curse of Oak Island).

Salt-N-Pepa: A miniseries chronicling the rise of Cheryl “Salt” James and Sandra “Pepa” Denton, who became one of the first all-female rap groups and helped change the look of hip-hop. James and Denton are executive producers and have licensed their music; Abdul Williams (The New Edition Story) is writing. Queen Latifah and Shakim Compere’s Flavor Unit produces.

Smart Justice: The Jayme Closs Case: A documentary special hosted by Elizabeth Smart about the case of a Wisconsin girl who escaped from three months of captivity after her parents were murdered. Smart will lead a roundtable discussion with other abduction survivors. The Telepictures production is set to air April 27.

From Darkness to Light: Olympic gold medalist and abuse survivor Aly Raisman and Leah Remini executive produce a “documentary event” that aims to help other victims find their voice and start healing. From A+E Originals and No Seriously Productions.

Supernanny: A revival of the mid-2000s reality series once again starring Jo Frost, who will help families bring order to their chaotic hoes. The Shed Media series is set to debut in 2020.

Hopelessly in Love: A series of documentary films from Entertainment One and Creature Films that will examine the love stories of infamous pop-culture couples, ranging from Anna Nicole Smith and Larry Birkhead to Notorious B.I.G. and Faith Evans.

Biography: The long-running franchise will produce a four-part special about country music star Garth Brooks to air in late 2019. Garth: The Road I’m On, from Film 45 and Endeavor Content’s unscripted division, will have access to Brooks’ current stadium tour and feature interviews with the performer, his bandmembers, his wife Trisha Yearwood and others.

Top Dog: From Live PD producers Big Fish Entertainment, the competition series will feature working police dogs and their handlers facing off against amateurs on a full-run K-9 course. 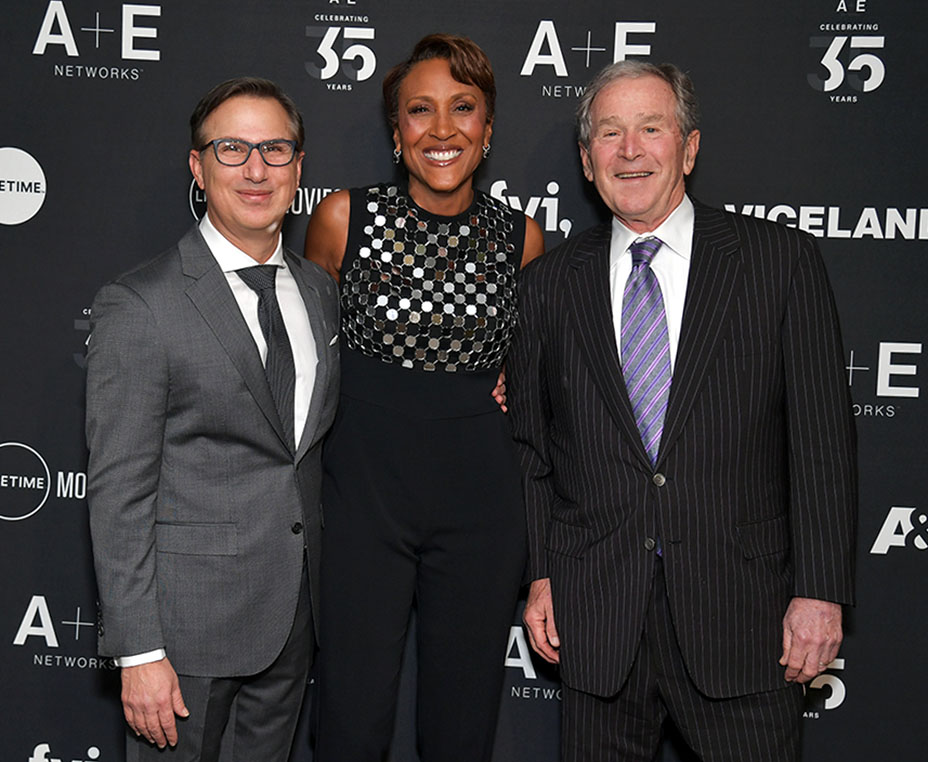