The Crown creator Peter Morgan announced in early 2020 that his series chronicling the reign of Queen Elizabeth II would end after five seasons rather than the six he’d originally mapped out when he pitched the series to Netflix. A few months later, however, he reversed course — after breaking storylines for the conclusion of the pricey drama, he decided that two more seasons would allow him to cover the same period of time in greater depth.

While Morgan hasn’t confirmed exactly where he will end the series, he has left a few clues along the way. The main cast for the final two seasons has been locked in, and the series is set to resume filming in 2021 with new actors taking over for seasons three and four stars Olivia Colman (Queen Elizabeth II), Tobias Menzies (Prince Philip) and Helena Bonham Carter (Princess Margaret).

But when will it premiere, what will it cover, and who is in the new cast? Read on for everything there is to know about the conclusion of Netflix’s crown jewel series. (And bookmark this page as THR will update it as more details become available.)

How Many Seasons Are Left?

Peter Morgan had always envisioned a multiseason arc for the series, with his original three-season, 60-year plan that would introduce a different cast each season eventually morphing to the frequently cited six-season iteration. But as he told Lesley Goldberg and Daniel Fienberg on THR‘s TV’s Top 5 podcast in 2019, “I don’t want you to think that I was audacious enough to go somewhere and ask for a six-season pitch. I really never imagined that, and barely imagined it getting recommissioned to even do the middle-aged, as it were, part. But it just seems to have worked out.”

Initially, it seemed that each season of the series would cover about a decade of Queen Elizabeth II’s reign, ending sometime in the 2000s. But Morgan announced in January 2020 that, after he’d begun breaking stories for the already-announced season five, he realized “this is the perfect time and place to stop.”

Morgan would reverse that decision months later, saying in a statement, “As we started to discuss the storylines for series five, it soon became clear that in order to do justice to the richness and complexity of the story, we should go back to the original plan and do six seasons.”

That doesn’t mean the final season will cover more ground and end the series closer to the present day, but rather, “it will simply enable us to cover the same period in greater detail,” Morgan said at the time. 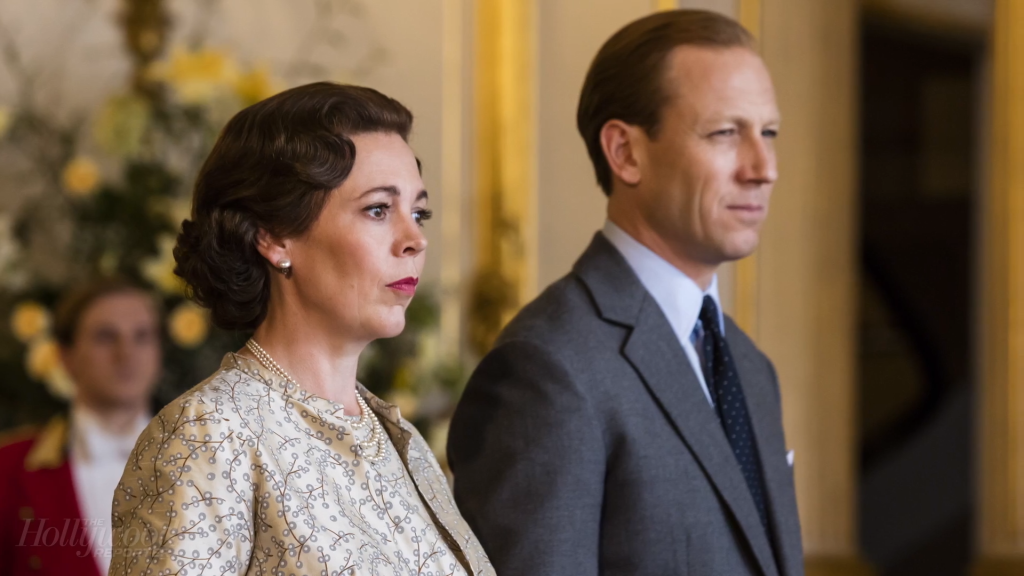 When Will It End?

Morgan’s 60-year plan could conceivably take the story all the way through the Queen’s 2012 Diamond Jubilee, the first celebration of its kind since Queen Victoria’s in 1897. (The queen celebrated her Sapphire Jubilee with little fanfare in 2017, the first British monarch to reach that milestone.) She’ll celebrate her Platinum Jubilee, and 70 years on the throne, in 2022.

A 2012 end point would mean that the wedding of Prince William and Kate Middleton, which occurred in 2011, would make the cut, but Prince Harry’s courtship and marriage to Meghan Markle (and subsequent break from the royal family) would not. If Morgan ended around the Queen’s Golden Jubilee in 2002 instead, the series would include the death of Princess Margaret — which occurred days before the official anniversary (though the milestone was publicly celebrated in the warmer month of June).

“You need at least a decade, in my view, to separate yourself from the events that you’re writing about,” Morgan said on the TV’s Top 5 podcast. “Something has already happened that I think is the end, but you can’t ever say what the end is because things change and the minute things change historically, you begin to have to respond in some shape or form, even in your thinking. So I have an idea — but it’s only an idea.”

Behind 'The Crown' Showdown Between Margaret Thatcher and The Queen

When Will It Return?

A Left Bank Pictures spokesperson confirmed to The Hollywood Reporter that the series will film its upcoming fifth season in 2021, and it will not air on the streamer until sometime in 2022. Similarly, the series paused for a year between the second and third seasons, as Olivia Colman replaced Claire Foy as the Queen. Season two premiered in December 2017 while season three didn’t debut until November 2019.

Who’s in the New Cast?

Morgan and Netflix cushioned the blow that season five would be the end with the official announcement that Imelda Staunton had been cast as Her Majesty. But reversing course to the original plan means she’ll have two seasons to inhabit the monarch, just as Claire Foy and Olivia Colman did.

“I am genuinely honoured to be joining such an exceptional creative team and to be taking The Crown to its conclusion,” she said in a statement upon the announcement of her casting.

Colman cracked at a summer 2020 press conference that, now that Staunton had been cast, “No one’s going to remember us after that.” Later, she joked, “God, it’s amazing. I mean, almost, I wish she wasn’t quite as good. … If she calls me, I’ll be so excited. But then what would you say to Imelda Staunton? ‘Uh, good luck. The wig’s itchy.'”

More importantly, much like Foy made a surprise cameo in season four, there’s certainly the possibility that Colman could appear in one of the upcoming seasons. It appears she struck a nerve when she suggested to Morgan, “Maybe there’ll be some sort of dream sequence” during a Q&A following the virtual premiere of season four, asking if she could be in a scene with Staunton.

“Yes, that sounds like a really good idea,” Morgan said cheekily. “I don’t know yet. I’m toying with a couple of ideas. … I’ll see what I can do.” 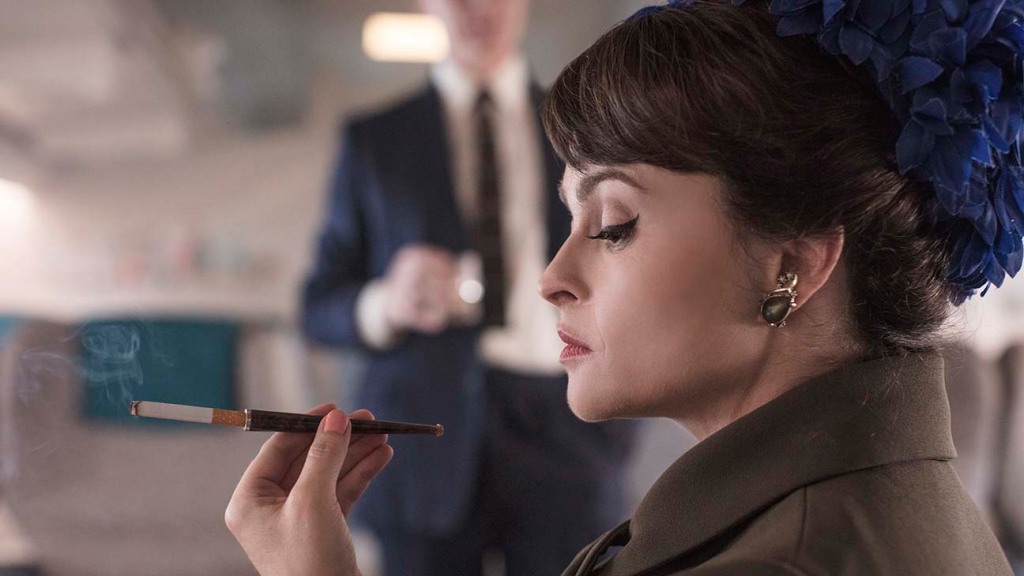 The queen’s younger sister, Margaret, first played by Vanessa Kirby and then Helena Bonham Carter, will now be played by Phantom Thread star Lesley Manville. Said the actress in a statement upon her casting, “I could not be happier to be playing Princess Margaret. The baton is being passed on from two formidable actresses, and I really don’t want to let the side down. Furthermore to play siblings with my dear friend Imelda Staunton will be nothing short of a complete joy.”

Bonham Carter invoked the same baton imagery when discussing how sad she was that her time on the series was over, although “it’s time that [Margaret] was played by somebody else. … Vanessa, I must say, she was so generous and she told me all sorts of things. I’ll wait for Lesley’s call. She might well not be remotely interested in what I have to say. It’s like handing a baton. It’s like a relay race, but it never comes back. But I want to hand her my cigarette holder and say, ‘Good luck with this.’ That would be nice, wouldn’t it? I wouldn’t mind having a tea with Vanessa and Lesley, if she’s interested.”

The Duke of Edinburgh, first played by Matt Smith and then by Tobias Menzies, will be played by Netflix’s The Two Popes (and Game of Thrones) star Jonathan Pryce. At the premiere, Menzies quipped, “I think it would be a bit rich if I tried to give Oscar-nominated Jonathan Pryce some tips.”

While newcomer Emma Corrin played Diana as she went from teenage kindergarten teacher to married royal, the most tumultuous years of the late princess’ life will be documented by Elizabeth Debicki.

There is plenty of pressure playing such a beloved figure, but Corrin said at the season four premiere that she cracked the code: “I think it’s your portrayal. This is the amazing thing about The Crown — it’s not meant to be mimicry on any level.”

Said Debicki at the time her casting was announced, “Princess Diana’s spirit, her words and her actions live in the hearts of so many. It is my true privilege and honour to be joining this masterful series, which has had me absolutely hooked from episode one.” 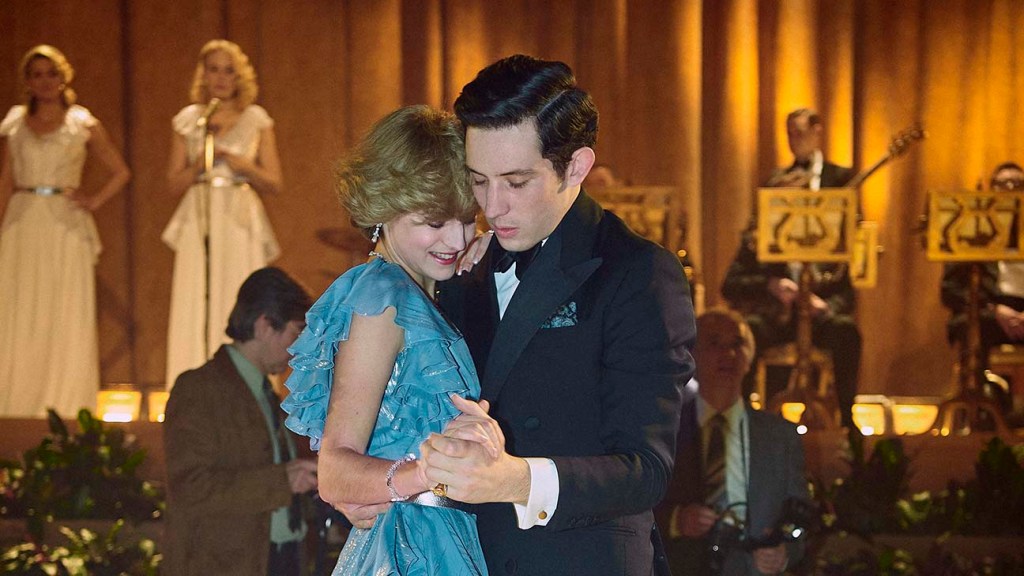 While the ink wasn’t officially dry on the deal before it made its way to the media, The Affair star Dominic West will play heir apparent Prince Charles in the final two seasons of the series.

Josh O’Connor, who played the Prince of Wales from a wide-eyed, eager 20-something to a much colder man trapped in a contentious marriage, spoke to THR before West’s casting was announced. So while he didn’t have any specific words of wisdom for West, he did have some general advice for the new cast: “On the whole, I think it is a privilege to play these parts and to be part of this show. We’ve got the likes of Claire Foy and Matt Smith and Vanessa Kirby before us, and we’ve been lucky enough to be among the Olivia Colmans, the Helena Bonham Carters, the Tobias Menzies — a plethora of brilliant British actors. I feel very honored to be part of that and to be part of whoever comes in after us. My only advice really is just to enjoy it, and enjoy every minute of it because it’s a real pleasure to be part of The Crown.”