Unfolding over the course of six tense installments, HBO’s The Undoing was a lightning rod of a whodunit, leaving viewers trying to guess the answer to the murderous riddle at the heart of the lives of Grace and Jonathan Fraser (played by executive producer Nicole Kidman and Hugh Grant, respectively) — even though those who knew the title of Jean Hanff Korelitz’s You Should Have Known, upon which the limited series was based, should have … well, known.

For those who didn’t and went along for the ride, one lingering question remains: How did Kidman, Grant, executive producer David E. Kelley and director Susanne Bier craft such a compelling mystery when Grant’s Jonathan, the obvious suspect, was indeed the correct suspect? The Hollywood Reporter explores that question and more in the following conversation with Kidman, Grant and Bier.

What was your entry point for The Undoing?

SUSANNE BIER I was involved after David wrote the first draft of the first episode. His writing is very compelling and intriguing and interesting. I was completely fascinated by the world and the uneasy and unsettling atmosphere. At that point, it could have gone more toward a drama or more toward a thriller — and I was very keen to do it if it went more toward being a thriller. He did that for the whole six episodes, and it was a lot of fun.

NICOLE KIDMAN For me, it was the psychological study of this woman and her journey with this family, particularly the three men in her life: her father, her husband and her son. That was incredibly intriguing to me. It was only when Susanne signed on that I felt this stood a chance at being six hours you would get addicted to. I had seen a lot of her work, such as The Night Manager. I wanted to work with her for so long. I knew that through her eyes this character would become so complicated and awesome.

HUGH GRANT There were two things for me. First, the pedigree, which is incredible. Susanne’s films I’ve watched, including the Danish ones. I hate everything, and I loved them, so that was special! Nicole is a bona fide genius. David E. Kelley, I didn’t know much; I knew his credits and I had seen a bunch of them, and he’s obviously an aristocrat of American television. So it was that pedigree. But it was also the fact that I wanted to turn every page. It was completely riveting. It’s such a rare talent to be able to do that. I fall asleep on page six of most scripts, and this one [had me] drooling by the end: “Give me the next one, give me the next one!” 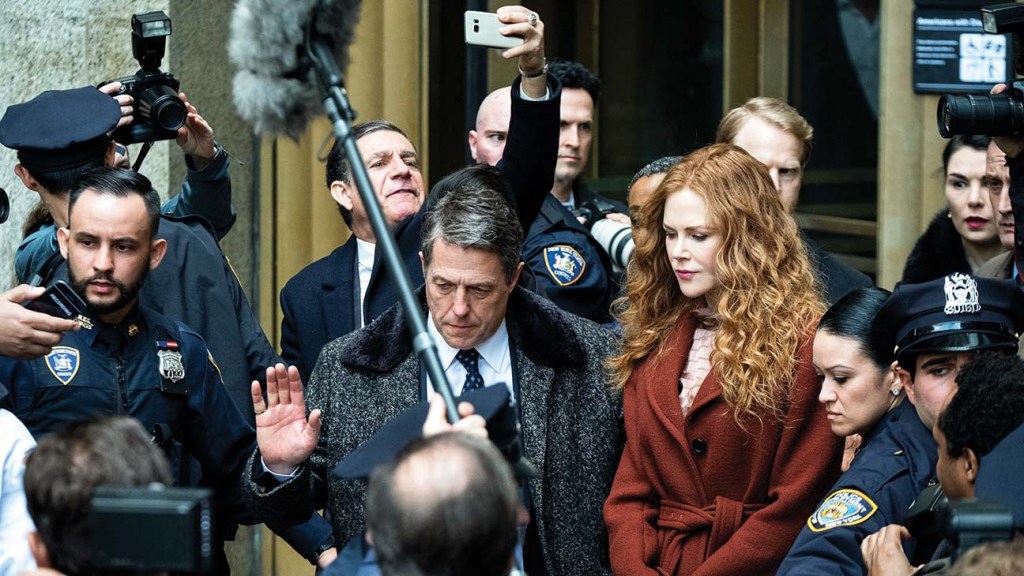 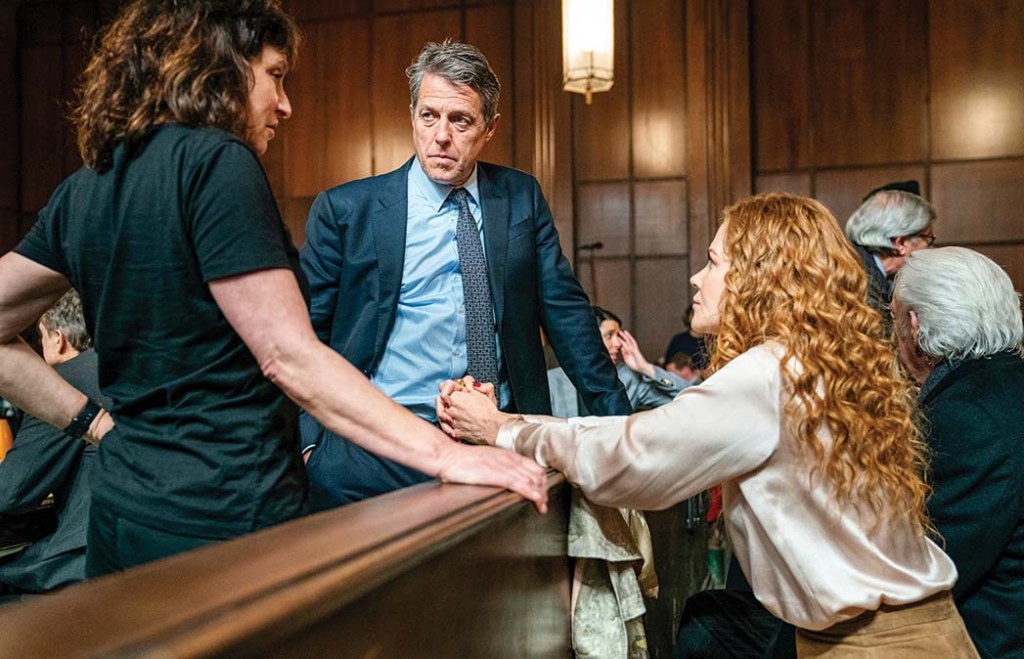 What do you view as the series’ central thesis, now that you can speak about the mystery’s resolution more freely?

KIDMAN It’s about what you believe and what you choose to believe. I find that fascinating. Right now, it’s very fascinating. I’ve definitely been in the position where I choose to see something in a particular way; I want it to be a particular way. I need it to be that way, for certain reasons in my life. That, to me, is the heartbeat of the show. You as an audience are going on the same journey that [my character] goes on. That’s a credit to David and Susanne, weaving this incredible game of smoke and mirrors over the six hours, even though the answer is right in front of you. But doesn’t that say so much about human beings?

BIER The book is called You Should Have Known, and the central theme is the huge gap between what we want to believe and what is really there. When we’re faced with [the truth], we consistently choose not to see it. At this point in time, there are still theories out there about the coronavirus not existing, despite the world closing down completely. [Human beings] are incredibly skilled at picking our own perception of reality. It’s funny; I spoke to someone who said he’s watched this twice now, and he watched it the second time in order to track all of Jonathan’s steps. He said that watching it the second time, he was equally smitten with Jonathan, and equally taken by Grace’s journey, but now he could see certain small bits about Jonathan’s reactions where there could have been some ambiguity. It speaks to the genius of Nicole and Hugh that they could complete this very cautious dance where it never quite tips over, where all the time you want to believe them and have it all resolve in a happy way — and yet, deep down, there’s an uncertainty and an unsettlement. 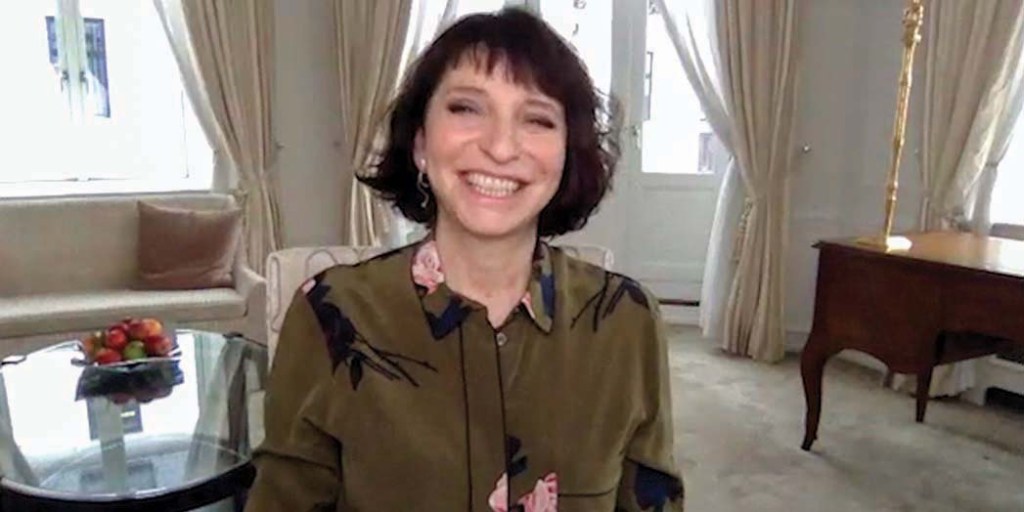 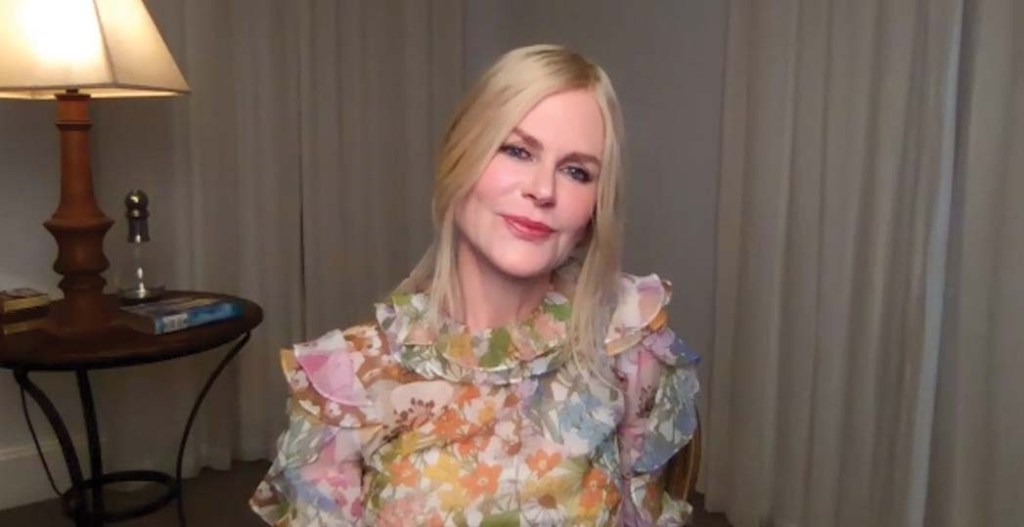 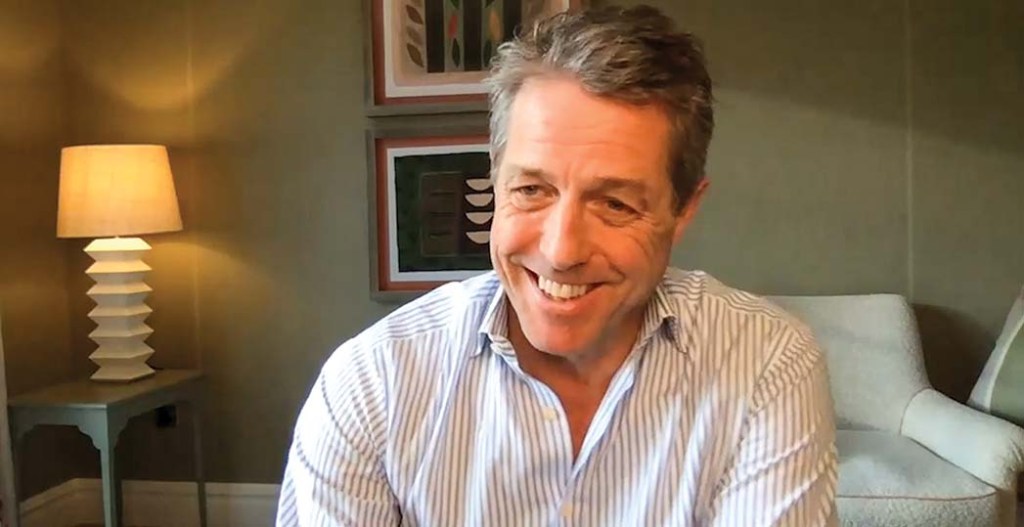 Hugh, what were the central demands of the role for you, given the nature of this whodunit where you’re not just the main suspect, but the one who did indeed commit the crime?

GRANT It was a little complicated. Your duty as an actor is to be true to your character. There were many, many, many occasions where if you’re really true to your character — you go to a fundraiser and the woman you’re having an affair with shows up and stares at your wife like a lunatic ­— you would feel trepidation and you would be a little schvitzy in the armpits at that point. (Laughs.) That wasn’t going to work, so that’s when I came to the conclusion that he would have to be the greatest disassembler of all time, and that when he lies, he believes his lies, he’s brilliant at it and it’s impeccable.

KIDMAN Susanne and I talked about this [relationship] all the time, but I came at it through feelings. I would just dive in emotionally, and she would maneuver through it and mold it. The need to have him be innocent, to have had the affair — which is still, for Grace, a huge betrayal — but the need for him to have not been a killer so that their family can stay intact, so that my son’s life is not ruined, so that my own sense of my own intuition stays intact? All of those things, I get that. It’s not difficult to play. I just hoped the audience wouldn’t get so frustrated with me to the point where you wanted to shake me and throw me on the floor and say, “Can’t you see?” But that’s when Hugh steps in: The audience starts to believe him. He does a lot of my work for me.

GRANT I’ve always had notes in my script margins, but this one was more complicated than usual, because there are two people in the margin. I called them “I.J.” and “J.B.” “J.B.” was the real sociopath. I called him “John Boy,” because I assumed that’s what his mother called him as he grew up as this spoiled and wonderful über-kid; he knows he’s guilty. Then there was “I.J.,” the “Innocent Jonathan,” who grew out of “J.B.” but knew he was innocent. Both those men had thoughts going on at any given moment. Sometimes I leaned more heavily on one and sometimes I leaned more heavily on the other. That’s hard. Sometimes, when you have a fake nose and a silly voice, acting’s considerably easier, where there’s a lovely mask. But when you don’t have that, and I tell you to walk toward the camera, it becomes a little more self-conscious.

BIER Both Hugh and Nicole are such amazing geniuses as actors. They’re also great at improvising. At every single moment in this series, the scene could have been edited slightly more in one direction than the other. Both Hugh and Nicole had an insane generosity where they would do one take that was slightly more of one emotion, and then another that was more withdrawn. There were a lot of possibilities to calibrating the exact expression at the end.

There is certainly finality to the series as it stands. Can you imagine telling more stories about these characters in a second season?

KIDMAN I would love to work with all these people again. I love working with Susanne and Hugh. That’s a wonderful thing to be able to say at the end of a massive shoot. If David can concoct something? Great. If he can concoct something else that wasn’t The Undoing but it still puts the three of us together, I would be thrilled.

This partnered feature is produced by Hollywood Reporter editorial staff in conjunction with a paid brand partnership with HBO.