Multiple Emmy nominations, top-secret scripts laden with code names and premiere ads selling for a cool $750,000 a spot … the second season of NBC’s This Is Us doesn’t just mark the revival of traditional network television and an antithesis to the high-concept dramas surfacing during #PeakTV, it also comes with some pretty loaded expectations. But that’s to be expected from a show now known for its emotional roller coasters and surprise plot twists.

Luckily all of that white noise surfaced after creator Dan Fogelman carved out his initial vision for the first few seasons of the series, allowing him and his newly appointed co-showrunners, Isaac Aptaker and Elizabeth Berger, to follow their planned storyline trajectory when the series picks back up on Sept. 26. And while part of that narrative finally explores the show’s big question — how Pearson patriarch Jack (Milo Ventimiglia) died — Fogelman isn’t about to cave to pressure and rush along his timeline for vocal fans who were disappointed in not having that question answered in the season one finale.

“Without sounding highfalutin about it, Jack and Rebecca (Mandy Moore) had a severe bump in the marriage that coincides with a bunch of things that we set up in the past, so that’s why that story is being told now,” Fogelman told THR following the end of season one. “Jack passes away at a certain point and in order to get to that point in the story that’s what will happen. These characters are real people who exist in our minds and this is what happens and this is their history. You can’t necessarily change that timeline because it’s pleasing or displeasing, or not fitting in line with how the audience wants to witness it. In terms of the reveal of Jack’s death, the only balancing act we’re trying to be cognizant of is spacing it out in a way that is interesting for the audience and keeps people engaged and talking about it.”

Heading into Tuesday’s season two premiere, here’s a handy refresher on where each of the Pearsons left off at the end of season one, and what to expect for them when season two resumes on the Big Three’s 37th birthday.

Losing Weight, Having Babies: Meet 10 'This Is Us' Writers Whose Own Lives Impact Storylines

Where things left off: Following Jack’s drunken antics at Rebecca’s show, the pair headed home for an epic fight scene in which certain things were said that won’t be easily fixed. It all ended with Rebecca kicking Jack out of the house to go and stay with his best friend Miguel (Jon Huertas). Meanwhile, the story also flashed back to when Jack and Rebecca first met, setting up Jack’s connections to an unsavory poker crowd and his time in the Vietnam War.

What to expect: The first episode back, “A Father’s Advice,” picks up the morning after Jack left the house. The episode will also provide a “big, giant piece of the puzzle” about how Jack died, but series creator Fogelman warns that it could raise even more questions. As for after the premiere, Fogelman and company are open to exploring more of the poker crowd, Jack’s home life growing up and a Vietnam storyline as the This Is Us world grows even bigger.

'This Is Us' Star Milo Ventimiglia: Season 2 Premiere Will Have an "Answer" About Jack's Death

Where things left off: In the flashback storyline, Rebecca seemed to give up on her singing career following her fight with Jack. In the present-day, Rebecca and Randall (Sterling K. Brown) finally made peace over the revelation that she knew William (Ron Cephas Jones) for years and never told him. She also made some inroads in reconnecting with her daughter Kate (Chrissy Metz), as the later contemplated gastric bypass surgery.

What to expect: Look for more motherly advice from Rebecca as Randall faces uncertainties surrounding his desire to adopt a child of his own. Fogelman also noted that viewers would see more of present-day Rebecca and possibly even begin to warm up to her second husband, Miguel. Meanwhile, more clues as to what happened with Jack and Rebecca’s marriage in the past will surface, causing heartache for the Pearsons and viewers alike. 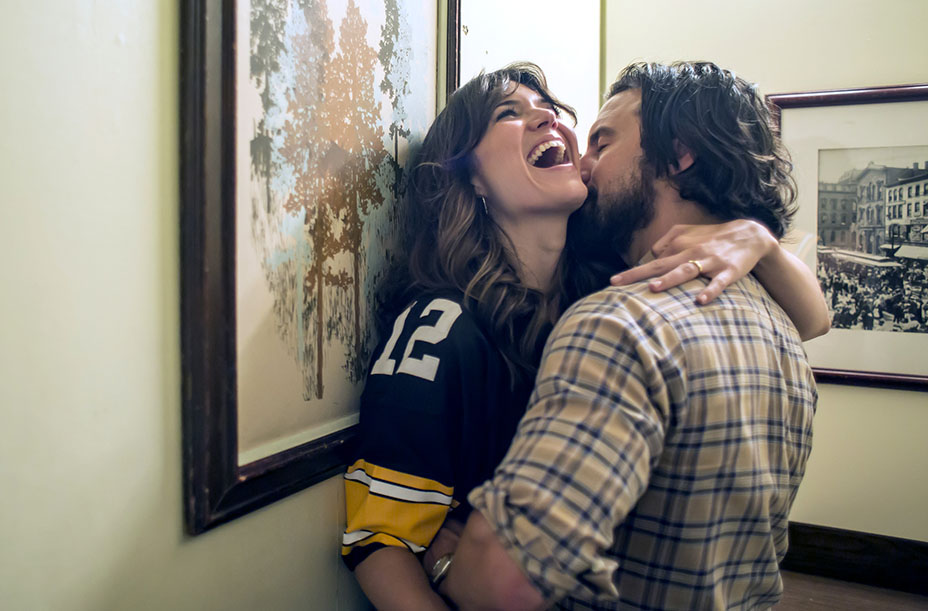 'This Is Us' Season 2 Will Answer How Jack Died, Feature Sylvester Stallone

Where things left off: After William’s death, Randall’s panic attack at the office and subsequent decision to resign, he decided the best way to deal with all of his conflicting emotions was to tell his wife Beth (Susan Kelechi Watson) that he wanted the couple to adopt a child of their own.

What to expect: Beth and Randall won’t see eye-to-eye on the adoption, as she is more hesitant than her husband about adding another member to their clan. Meanwhile, the couple will face other challenges as Randall adjusts to becoming a stay-at-home father and Beth throws herself into work as an urban planner.

Where things left off: After Toby’s (Chris Sullivan) heart attack, Kate grew even more serious about trying to get her weight in check, enlisting in a “fat camp” and deciding to give a potential career as a singer a real go. She and Toby also got engaged, but decided to take a minute and continue to get to know each other a little better before completely rushing into things.

What to expect: The time-twisting NBC family drama will pick up three months from where it left off, finding Kate and Toby now living together and trying to decide what that means for them as a couple. Individually, Kate is looking to kickstart her career but having a hard time given her age and lack of track record, setting off a journey about self-confidence. Viewers should also expect a musical number in the season two premiere.

'This Is Us': Exclusive Photos of Mandy Moore, Sterling K. Brown, Chrissy Metz and More

Where things left off: Following the successful off-Broadway launch of his self-produced show, Kevin decided to throw everything he had into making things work with his ex-wife Sophie (Alexandra Breckenridge). Unfortunately, work got in the way, as Ron Howard called with the movie role of a lifetime — one that could potentially help Kevin shed his Manny persona once and for all.

What to expect: Kevin took the film role, which leads him away from Sophie. Season two will feature Kevin on set with his co-star — with Sylvester Stallone playing a version of himself. Sly will serve as a paternal figure to Kevin, bringing up some memories of his own father in the process. With stage and film success, Hollywood may actually begin to take Kevin seriously, but that doesn’t mean he’ll know how to react to that newfound acclaim.

This Is Us returns Tuesday, Sept 26 on NBC. Bookmark THR.com/ThisIsUs for weekly coverage through all of season two.