FIENBERG Normally this would be the time of year when we’d reflect on the early winners and losers of the broadcast TV season. But other than the rare ratings winner — ABC’s The Good Doctor isn’t bad, but I’d be lying if I said I predicted it would be a hit — it has really just been a fall of network losers. We’ve reached November, and I haven’t set a DVR season pass for a single new show.

GOODMAN I’m still really liking comedies from previous years, but, yeah, that’s a “no” when it comes to this fall’s new network offerings. Thankfully, cable and streaming have been keeping up the quality, as usual. (If they hadn’t, we’d have been on our fifth Critic’s Notebook about how all good things come to an end and the Platinum Age has lost its shine and…well, maybe some year in the future). What are you liking from that group?

FIENBERG Before we praise cable and treat the broadcast networks like an afterthought, I want to follow up on your point about enjoying returning network comedies. NBC’s The Good Place, especially, has built on an impressive first season with an even more ambitious second season: It’s a structural and philosophical delight. Meanwhile, over on ABC, Speechless continues to avoid Very Special Episode pitfalls and is funny and significant to boot. 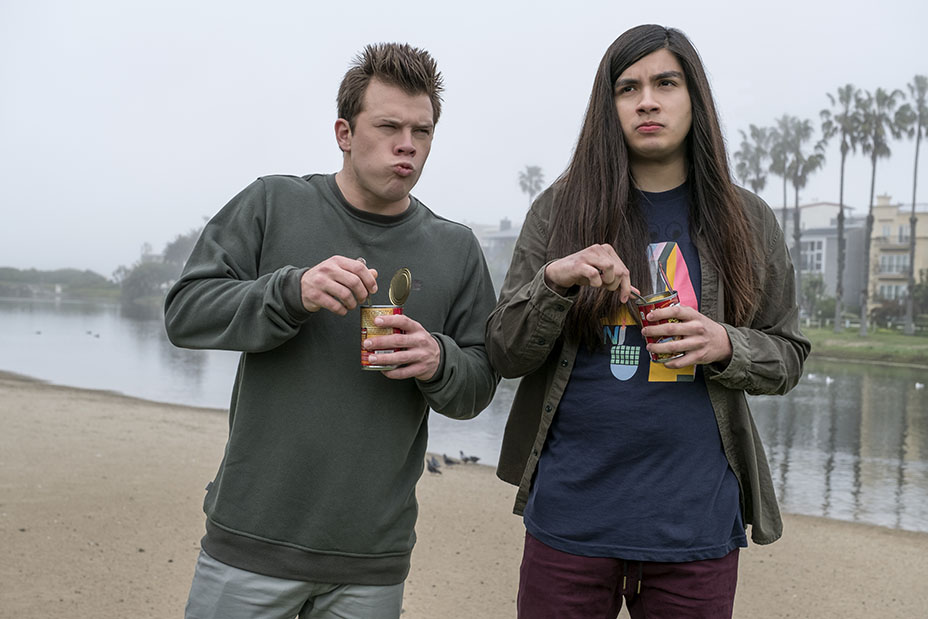 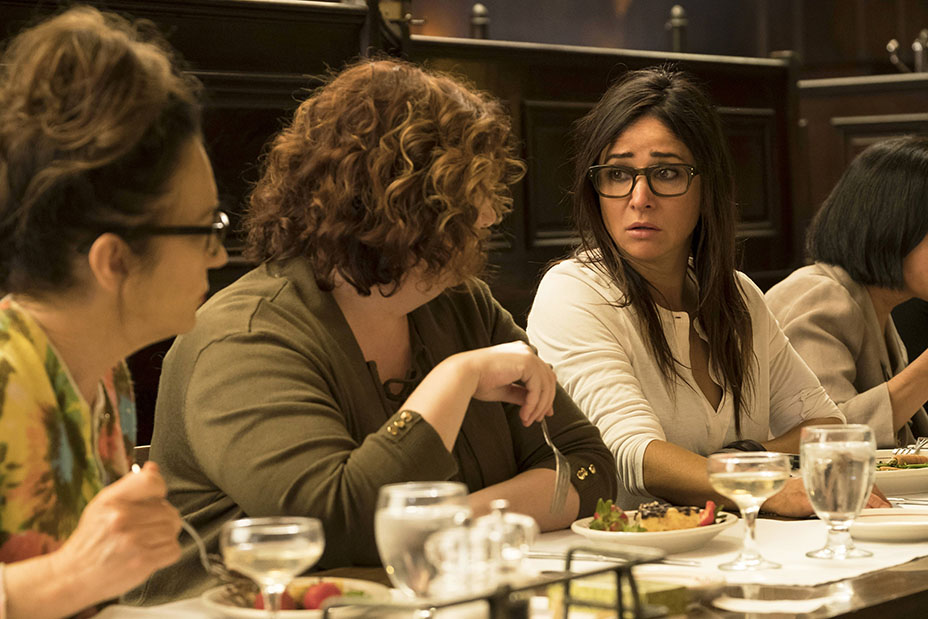 GOODMAN The Good Place is getting buzz now, even among people who didn’t follow it last season, so that’s a nice developing story. I tend to default to my favorites, like Brooklyn Nine-Nine, Bob’s Burgers and Fresh Off the Boat. And I find myself putting a season pass on the likes of Crazy Ex-Girlfriend and Jane the Virgin, then hoping I’ll find the time to catch up. Weirdly, I also found myself watching old repeats of Modern Family and really loving them, but let’s not go there — it will confuse people.

FIENBERG Especially if they misinterpret you and start watching new Modern Family episodes instead, realizing the five-time Emmy winner has become basically unwatchable. Tim, why binge old Modern Family when Netflix has had an unexpectedly strong fall for new comedies? I don’t think American Vandal and Big Mouth were on anyone’s radar a couple of months ago. They aren’t star-driven projects with hefty promotional budgets. One is a true-crime mockumentary that somehow turns a one-joke premise — “Who drew the dicks?” — into a surprisingly layered look at high school in 2017; the other is an astoundingly graphic and honest animated depiction of puberty. Neither could have been made for broadcast, both are hilarious. Have you fallen victim?

GOODMAN I indeed fell victim — and that’s the right word — to Big Mouth, to my mind one of the dumbest, unfunniest series in recent memory, animated or unanimated. I would say it’s juvenile as well, but if you criticize it for that, it’s like you’re not able to channel your inner 14-year-old or something. What I saw just played like a terrible Family Guy episode, put on repeat. The comparison to American Vandal — which sends up crime documentaries like Making a Murderer or The Jinx so hilariously — does Big Mouth no favors. American Vandal derives a lot of its humor from clever visual execution and from the truly inspired performance of Jimmy Tatro, while Big Mouth is mostly just Nick Kroll talking about ejaculation. There are parts of Big Mouth that work — when Jessi and Nick banter back and forth, for example, and some of the asides. Otherwise, it’s clear that Kroll is mostly obsessed with jacking off and other allegedly edgy topics. But I agree that American Vandal came out of nowhere, which begs the question of whether Netflix ever knows what it has or if it just gets lucky.

FIENBERG Which brings us to Mindhunter, a drama Netflix decided to let people “discover” by basically hiding it from critics, despite Charlize Theron as producer and David Fincher as producer-director. It turns out that Mindhunter is a moody, thoughtful drama full of intriguing performances, making me want to yell: “Why won’t you let me help you?” That’s the kind of show for which critics can be useful! On the other hand, even I know I’m slightly superfluous when it comes to letting people know that the new season of Stranger Things is of similar quality to the first: creepy, heartwarming and nostalgic, with a young cast that’s still superb. But I’m betting some viewers will be disappointed because they aren’t able to “discover” it this time. 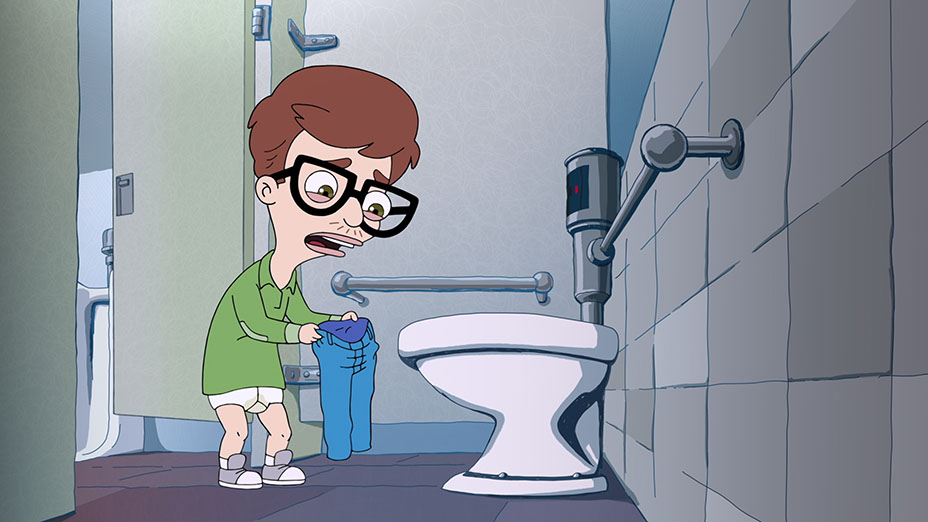 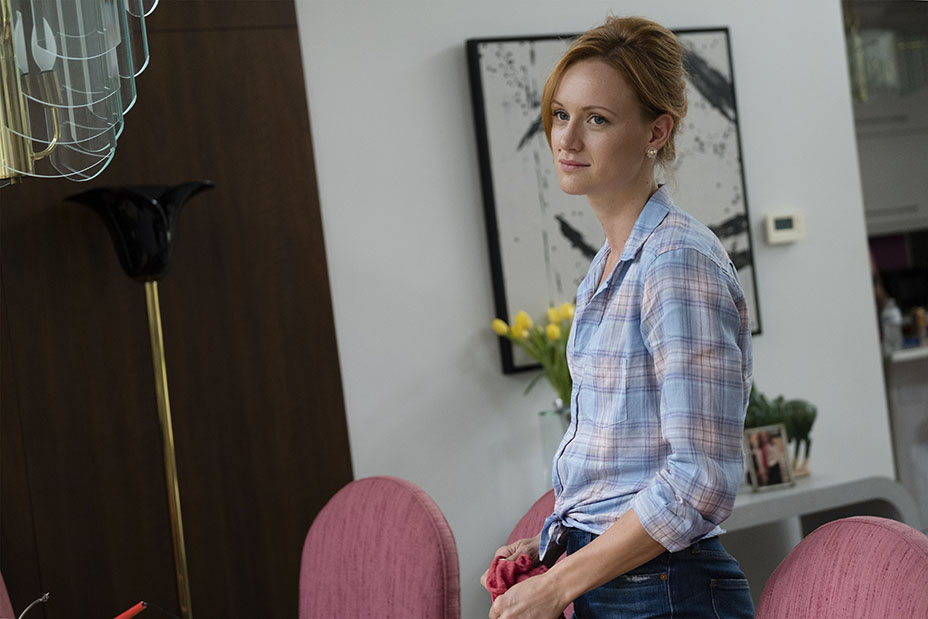 GOODMAN About Mindhunter: I wonder how much Fincher was responsible for that late embargo on reviews. Maybe he just assumed Netflix was going to hype it endlessly a la House of Cards. It’s mystifying, because I, like many critics, love the show, which is nothing like I imagined based on the premise [two FBI agents interviewing serial killers in the 1970s]. It’s slow-building, thoughtful, character-driven and packed with exceptional performances by Jonathan Groff, Holt McCallany, Hannah Gross, Anna Torv, Cotter Smith and, holy hell, Cameron Britton. I was surprised how humorous it was as well. Just a surprise all around. As for Stranger Things, if you had asked me how likely it would be that it fell into a sophomore slump, I would have said “very” (and said it emphatically). It’s such a joy to find out it mostly avoids second-season pitfalls, while cashing in on all the elements that made it so enjoyable the first time around. What other dramas are you diving into? I was a Halt and Catch Fire early adopter and loved this last season. Can you think of any other series that started slow, was ignored and then became so amazingly accomplished?

Power Rankings! Comedies You Need to Watch Before Anything Else

FIENBERG The easy answer is another show that had a spectacular final season recently: The Leftovers. As we approach end-of-year-list season, those two shows will be battling it out for a ranking position on mine. Halt and Catch Fire delivered one beautiful, heartbreaking episode after another; it’s one of those quintessential TV Academy legacy stains that Lee Pace, Scoot McNairy, Toby Huss, Kerry Bishe and Mackenzie Davis will likely end the series without a single Emmy nomination among them. That’s almost The Wire-esque. Speaking of The Wire, David Simon delivered what may be the fall’s best new drama in HBO’s The Deuce, as accessible a show about pimps, prostitutes, cops and pornographers as one could imagine. Have you given in to this show’s grimy, raunchy, Franco-filled charms?

GOODMAN  I see that after bringing up The Leftovers (what, to make us all sad again, Dan?), you deftly decided not to jump on the Carrie Coon/Anna Torv Mindhunter confusion. (Jokes aside, it’s weird and notable.) But yes, I’m all in on The Deuce. While it may not be doing huge numbers like an HBO blockbuster, don’t sleep on it come Emmys time. There are a lot of really great performances and some great direction there. I’m savoring The Deuce like I would a good art house movie — more intellectually and aesthetically than viscerally or for pure entertainment value. Nothing wrong with that. One show I’m happy to have back — and back on its game — is Mr. Robot on USA, which, in its third season, has regained its initial mojo and made me want to gobble down episode after episode while I was reviewing it. 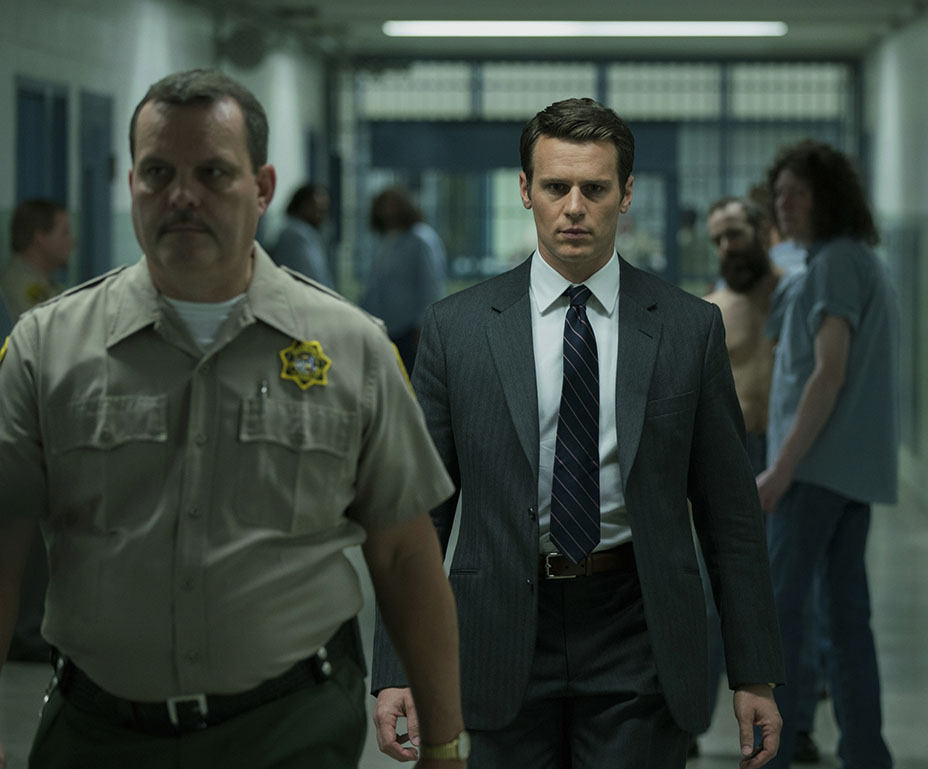 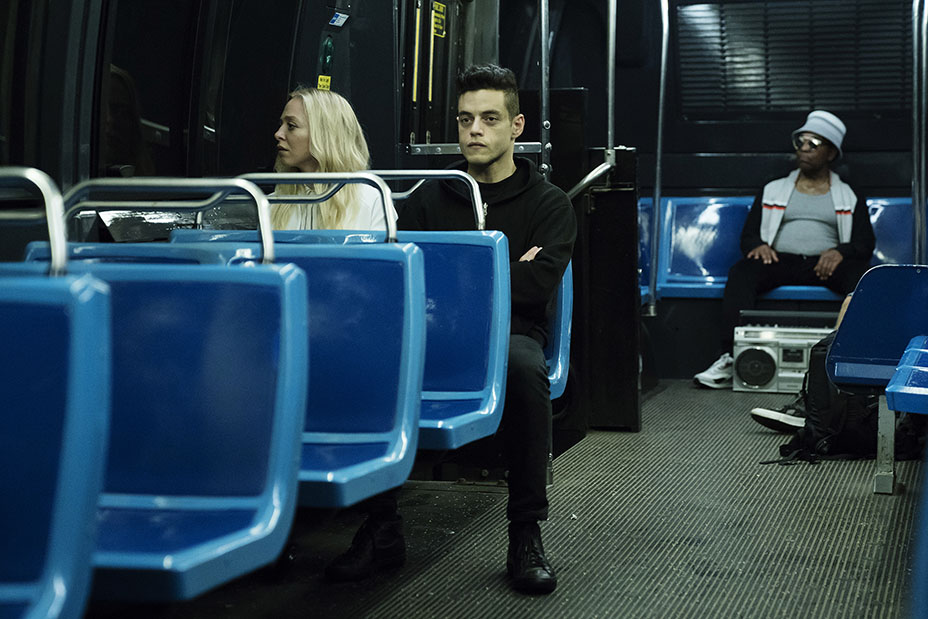 FIENBERG I watched five full seasons of Fringe, Tim! I know the difference between Carrie Coon and Anna Torv. Sadly, I also know the difference between “shows that are for me” and “shows that other people love that I just can’t.” I wish I could watch Mr. Robot at three times the speed so I could enjoy the cinematography, Rami Malek and Bobby Cannavale’s tonsorial eccentricities, but not have to deal with all the pregnant pauses and self-seriousness. Let’s not end this collegial conversation with a disagreement. Shall we talk about better things? By which I mean FX’s Better Things?

GOODMAN I think with Louie, FX helped usher in this kind of series that results from a network giving a really talented person enough rope to reinterpret small-screen storytelling on his or her terms — not the terms that came ages before them — and then nurtures what that person comes up with. Netflix did it with Master of None. Amazon did it with One Mississippi. And FX’s Atlanta and Better Things are similar projects, providing further proof that TV can be made with new and different beats, not just reliable, familiar ones. Pamela Adlon should be getting some more love; she directed each episode of the so-far stellar season two. Most times I tell someone how brilliant Better Things is, the person hasn’t even heard of it. Those who seek it out have the zeal of converts once they do. Might this end up being the best show of 2017?

FIENBERG It’s definitely in the running. So to sum up, even if the broadcast networks let us down, we found plenty to love this fall — and we didn’t even touch on conversation starters like The Vietnam War, Loudermilk and Star Trek: Discovery. In other words, Peak TV continues, unhalted. 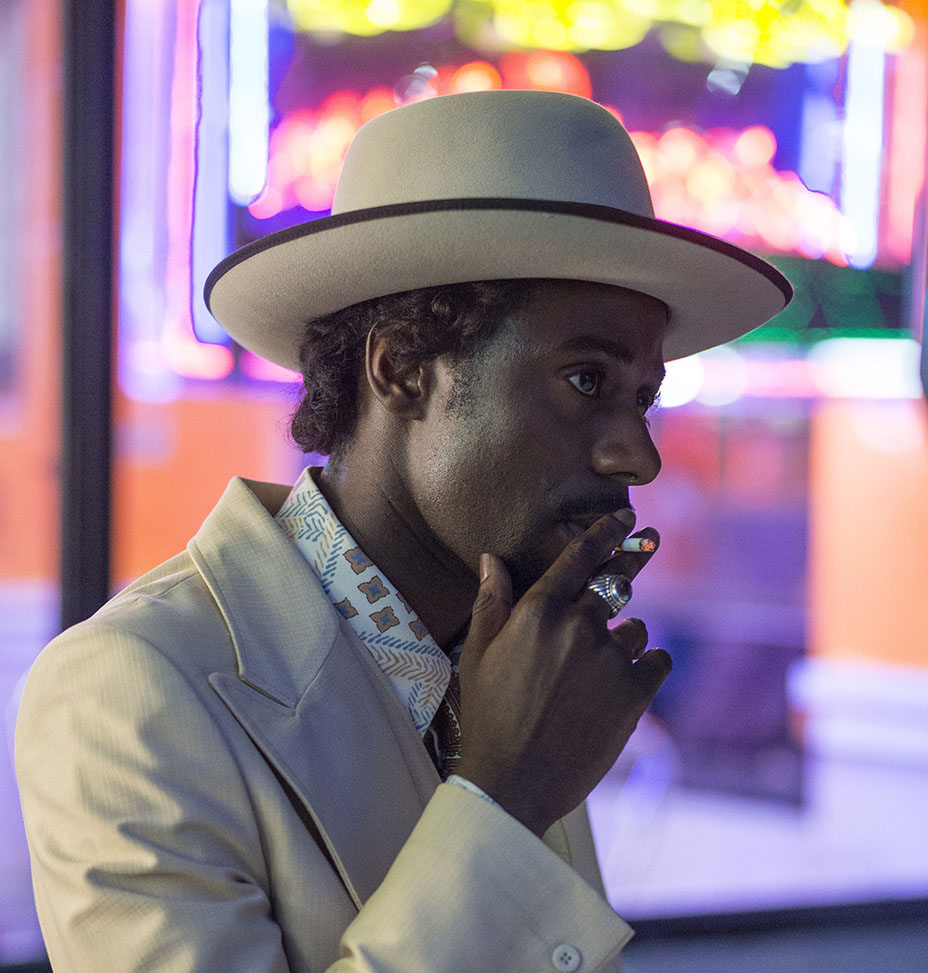