Tim Allen already has his Halloween costume ready to go.

The former Home Improvement star dressed up as Donald Trump for the Oct. 21 episode of his ABC comedy Last Man Standing titled “Trick or Treat” — and The Hollywood Reporter can exclusively reveal photos of Allen as the Republican presidential nominee. 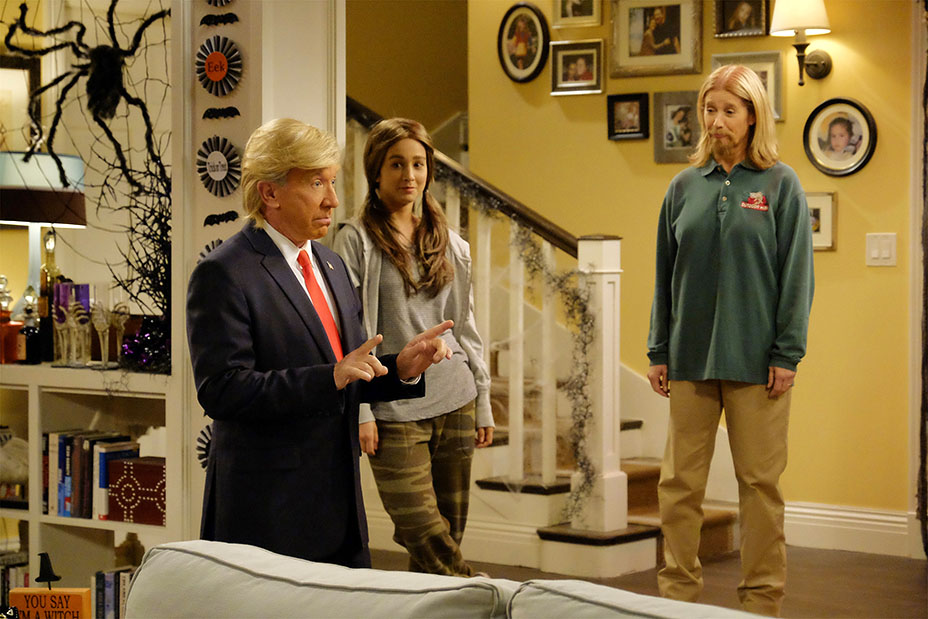 In the episode, the loveably acerbic Mike Baxter (Allen) isn’t looking forward to his family’s annual Halloween party since he’s reluctantly been tasked with choosing the theme. In hopes of turning everyone against the holiday, he decides that maybe if the whole family has to dress up like each other they’ll end up making fun of one another. Everyone does as planned except Mike, who surprises everyone when he shows up to the party as Donald Trump.

In a January interview with THR, the actor — known for voicing Buzz Lightyear in the Toy Story movies — suggested that he isn’t necessarily against a Trump presidency. “I’m not opposed to anybody if their workload matches their bullshit load,” he said at the time. It remains unclear whether the sitcom star will be voting for Trump this November. (Allen declined to comment.)

“Trump can’t send everybody to Mexico or whatever the f— he said. But give that guy the roads, bridges, infrastructure, power grid — just have him fix that shit for four years. He’s good at that,” Allen continued. “And he’s a businessman so he understands how debt load works. Forget the stupid shit he says about immigrants. That’s just ignorant. But he might be able to do the stuff that really needs fixing.”

When asked why the show goes after Hillary often but not Trump, Allen responded that he thought maybe Trump wouldn’t be in it for the long haul. “We have a very liberal writing staff, so I’m surprised they haven’t taken a shot at him. But we’re not sure he’s going to last, whereas the Clintons are like herpes: Just when you think they’re gone, they show up again,” he joked.

Check out more photos of the episode below: 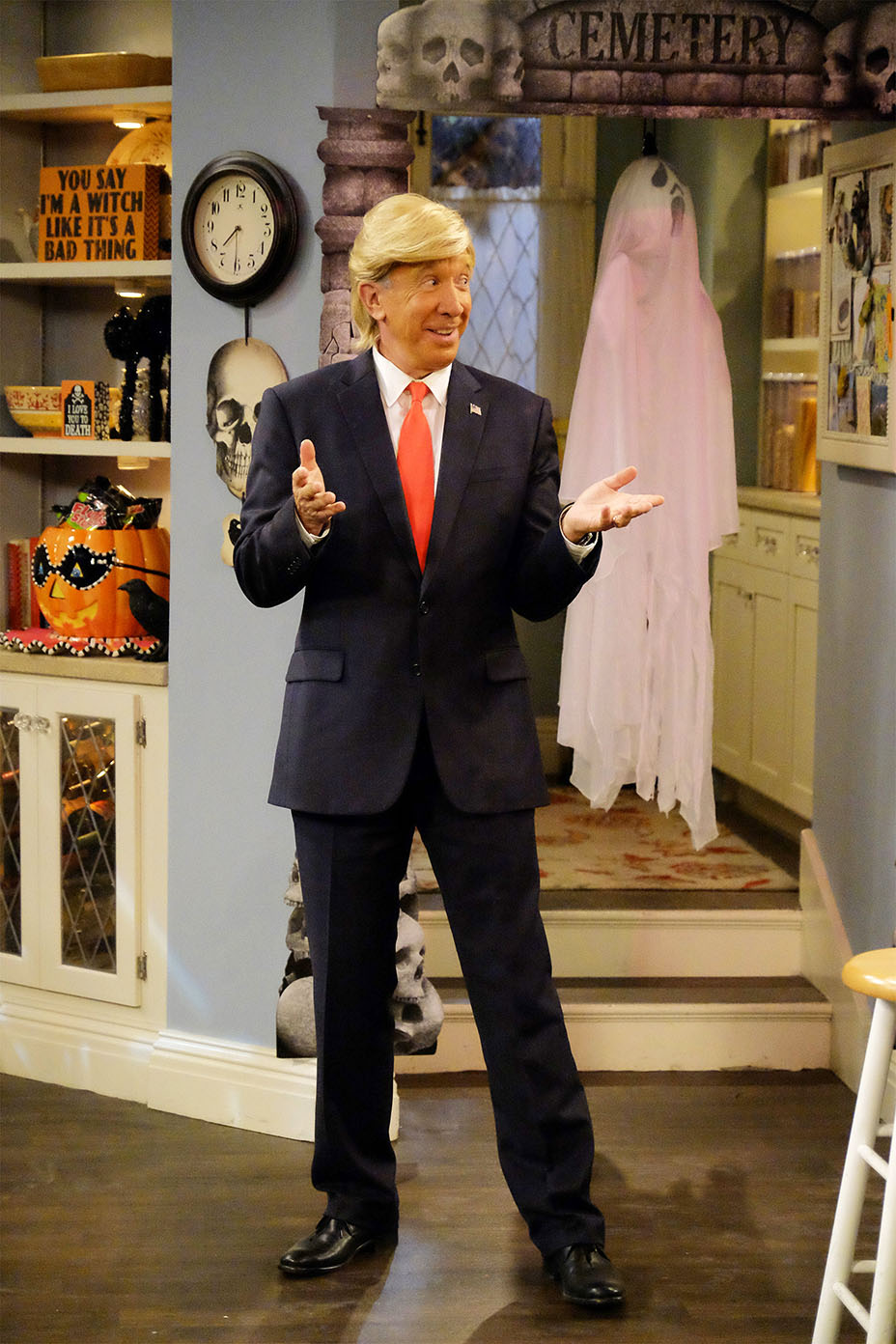 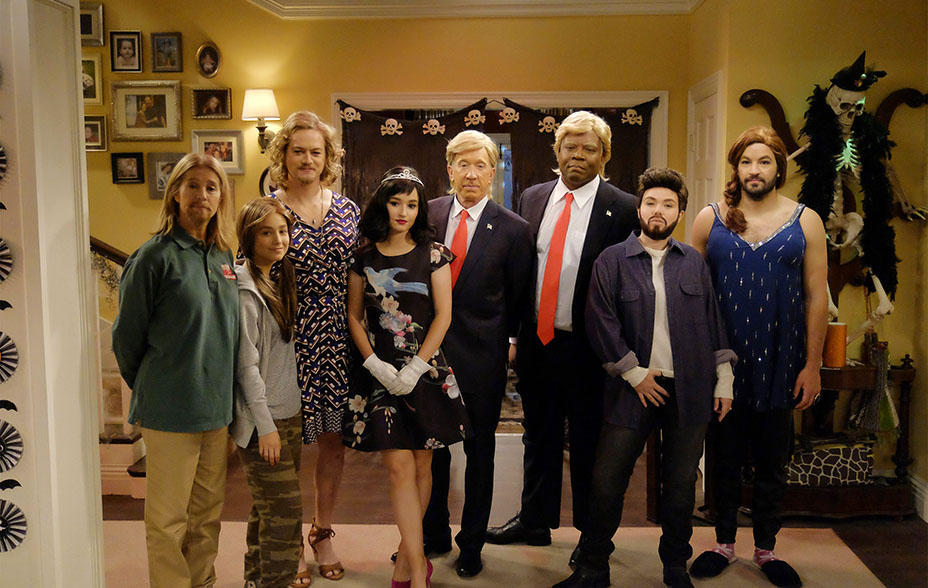 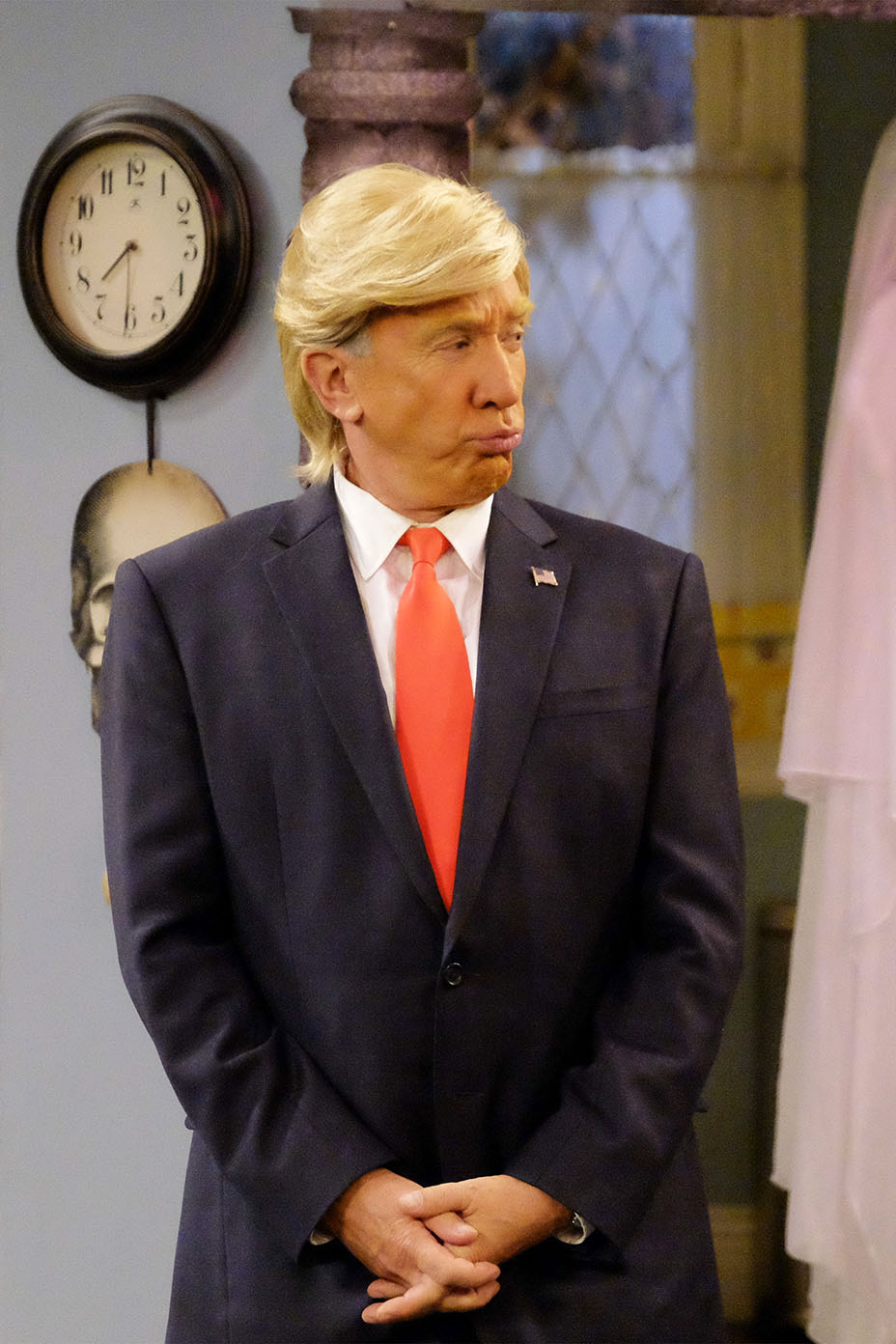