[Warning: This story contains spoilers from the entire fourth season of Amazon’s Transparent.]

Transparent is no stranger to featuring groundbreaking, never-before-seen moments on television. In the fourth season, which released its full 10 episodes on Friday, Jill Soloway’s Amazon comedy features one of its transgender characters in a full-frontal nude scene.

In the second episode, titled “Groin Anomaly,” Davina (played by Alexandra Billings), who has played a friend and mentor to Jeffrey Tambor’s Maura Pfefferman for three seasons, is lying on her stomach getting massaged by her boyfriend, Sal (Ray Abruzzo). Davina is living with HIV and struggling with how she feels on her medication, and the pair are discussing how they should be treating her health. When struck by a shooting pain, Davina rolls over to continue the conversation, exposing her breasts and, for the first time for the transgender actress, her penis.

“I don’t think we’ve ever seen that on television before, on a few levels,” Billings tells The Hollywood Reporter of the scene. “I don’t think there has ever been a transgender woman, first of all my age, who is pre-op and who is someone who had HIV. Also, I wasn’t fetishized. I wasn’t sexualized — or desexualized.”

Billings has been acting in both trans and cis roles as an openly transgender actress for years. But when Soloway and the writers met with her ahead of the fourth season to mine from her life, Billings, joined by Transparent co-star Trace Lysette, suggested she go nude for the first time.

“Every year they ask us to come in and they go, ‘So what do you think?’ ” Billings recalls of the meeting, a process that allows both Billings and Lysette to serve almost as consultants. “So I come in with a big tablet. I just ramble off things. And I think everything I asked for, they did.”

What Billings loves most about the scene is how it normalizes the trans body.

“It was very smart — and I had nothing to do with this, this is all Jill and the writers,” she says. “I sort of just turn over and you go, ‘Oh!’ The great thing is that with Sal, my boyfriend, it’s not a thing. We’re having an argument about something very true and deep that is in every relationship, just misunderstanding and illness, that doesn’t have anything to do with my body.”

Featuring trans-inclusive nudity on TV sends a needed message to both the trans community, and, Billings says, the world. “It’s taken me a long time, but I like the way I look. It’s not a perfect body, but it’s mine, and it makes me really happy. I feel really free,” she says. The scene stands apart by not featuring the trans body as a “pariah,” victim or “some kind of sex doll,” she says, adding, “Imagine if we could get women of all kinds — trans and cis and everyone in between — to feel the same way? Not only Hollywood would change, but I think the world at large would. You’d think more about women leaders.”

The season was the biggest yet for Davina, as Transparent viewers learned her backstory during a series of flashbacks. In the present, Sal is fed up with Davina for “giving up” and kicks her out of the house. The series then travels back in time to before Davina transitioned to show how she, then a young male, engaged in a relationship with an older HIV-positive man and contracted the disease.

“Ninety-percent of the flashback is my true story,” says Billings. “The sex work. The HIV. The drag pageants.” The 56-year-old actress, who transitioned in 1980 and who has been living with and has become a visible advocate for AIDS, applauds the show for highlighting her story.

“What’s important is that we remember not only the time we’re living in, but the time we came from,” Billings said during a recent panel promoting the season, also attended by THR. “History reverberates, which is true whether you are trans or cis or anywhere in between. The government is trying to stifle that history. To tell us that we don’t belong, that we don’t come from somewhere and that what we are is not only a choice, but that it is the wrong choice. This season, especially for trans people, I wanted to come in with a very specific voice, which is right along with what Jill is saying, which is that we do not belong in any container. We belong to one race, the human race. Humanity matters, and all of us need to be taken into account.”

During her character’s flashback, Lysette stepped into her second role on the series to play one of the drag pageant queens who mentors a young Davina. Previously, Lysette has played Shea, a friend to Davina and Maura and a love interest to Josh Pfefferman (Jay Duplass). The transgender romance between Shea and Josh also broke ground by telling a love story between a cis hetero male and a trans woman. Though Lysette says they did shoot a scene with Shea and Josh, it didn’t end up making the final cut, and Shea, after leaving Josh in the third season, has yet to make her return. 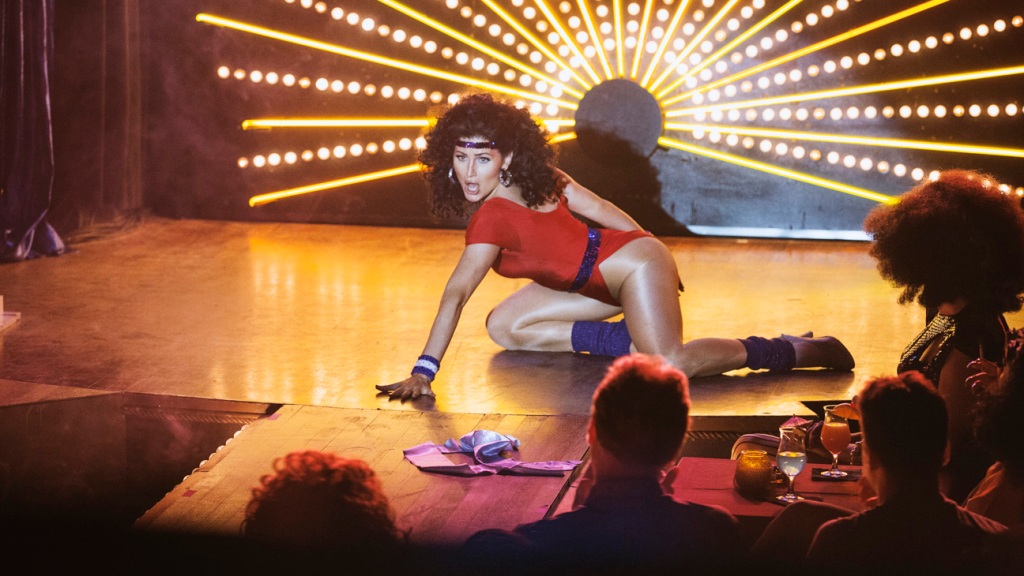 Both Lysette and Billings hope Shea will be back for the fifth season, which has already been renewed by Amazon. Billings hopes Shea comes back a little wiser and more jaded after her experience with Josh, and Lysette just hopes she comes back. “I don’t want Shea out there wandering the world, because in real life we discard trans women,” Lysette tells THR, “and I don’t want that happening with Shea.”

Playing a larger-than-life drag queen this season, however, provided Lysette with the opportunity to channel her own past as well. “I was a showgirl as a teenager in the bars of Dayton and Columbus, Ohio,” she recalls as the part of her story that was written into the show. “That was my introduction to womanhood, to trans-ness, to entertainment. Drag in the Midwest is huge for finding yourself in the queer community. These nightclubs are safe spaces, and I was so happy that they showed that little slice of our subculture.”

Both Billings and Lysette credit Transparent for kicking down doors for the community during a time when it’s most needed. Billings points out: “What kind of show about chosen family, family, trans-ness and otherness has two human beings that have lived through it, that are from two different generations?”

Transparent has helped to catapult Billings, who also teaches at the USC School of Dramatic Arts, into both trans and cis roles. In addition to a non-trans recurring role on Billy Bob Thornton’s Amazon series Goliath, she is currently starring on the big screen in crime thriller Valley of the Bones, also in a non-trans role. Lysette, however, says she still finds it challenging to not be typecast. “I don’t know why I feel like I’m in this cage. But I hope we can get past that soon,” she says. “It’s up to our allies, I will challenge them on that. It is up to the gatekeepers to open the door for us. We’re here. We have lived experiences that are worthy of being told, that are entertaining, that people are hungry for, and they’re sleeping on the gold mine.”

Billings agrees that there needs to be more opportunity. “Playing non-trans roles is great and needs to be done, but also we need more stories,” she says. “Because, if our stories aren’t told, we’re still othered. We’re still unknown. They don’t know us or get us, so why would they hire us? We need to create those portals ourselves as well.”

The new season, which focuses on both personal and global borders and boundaries, sees the Pfeffermans and the expanded clan of characters blowing up the binary on several levels. For Davina, the season ended with Billings’ character moving in with Maura, a move that the actress hopes will inspire more stories with both Davina and Shea in season five.

“I’m living in the house now with these freaks.” says Billings with a laugh. “I’m really excited about just walking upstairs and being with the Pfeffermans in some kind of way. That makes me really happy. And I really yearn for Shea to come back, because she’s still friends with Davina and Maura. She can’t leave the trio, it wouldn’t make any sense to me. I hope she comes back a little different. That’s my dream.”

Transparent is now streaming all 10 episodes on Amazon Prime Video. Tell THR what you think about the new season in the comments below, and check back in with Live Feed for more from the cast this week.