Continue to The Hollywood Reporter SKIP AD
You will be redirected back to your article in seconds
Skip to main content
January 20, 2019 7:00pm
Logo text

[This story contains spoilers for the Jan. 20 episode of HBO’s True Detective, “The Big Never.”]

The case of Will and Julie Purcell deepened and became more complex in Sunday’s True Detective — and the effects of what happened (or didn’t) in 1980 reverberated heavily in the show’s later timelines.

Episode two revealed that in 1990, Julie is apparently still alive as her fingerprints were found at the scene of a robbery in Oklahoma, helping spark the reopening of the case. It also creates an opening for Wayne Hays (Mahershala Ali) to get out of his desk job, at least temporarily, and rejoin Roland West (Stephen Dorff) on the task force taking another look at the case.

This being True Detective, though, nothing is that straightforward. The new evidence could provide fuel for the as-yet-unnamed person appealing a conviction in the case, and it also complicates the narrative of Amelia’s (Carmen Ejogo) book.

That in turn places more strain on the relationship between Wayne and Amelia. He’s initially receptive to the idea that she travel to Oklahoma and talk to the local cops about Julie, but when she comes back with confirmation that Julie was a customer, not a suspect, he resents it and passive aggressively lashes out at her.

There’s a sense that this is not a new wrinkle in the relationship. Just where things went wrong is still a mystery (maybe the mystery of this season, or at least on par with what happened to the Purcell kids). Ejogo believes it might never have been destined to work.

“I’m not sure these two people were ever supposed to be together in the first place,” she told The Hollywood Reporter. “But as is often the case with relationships that happen, in the end there’s an inevitability about it that means you persevere anyway. I think that’s ultimately what the show is exploring.” 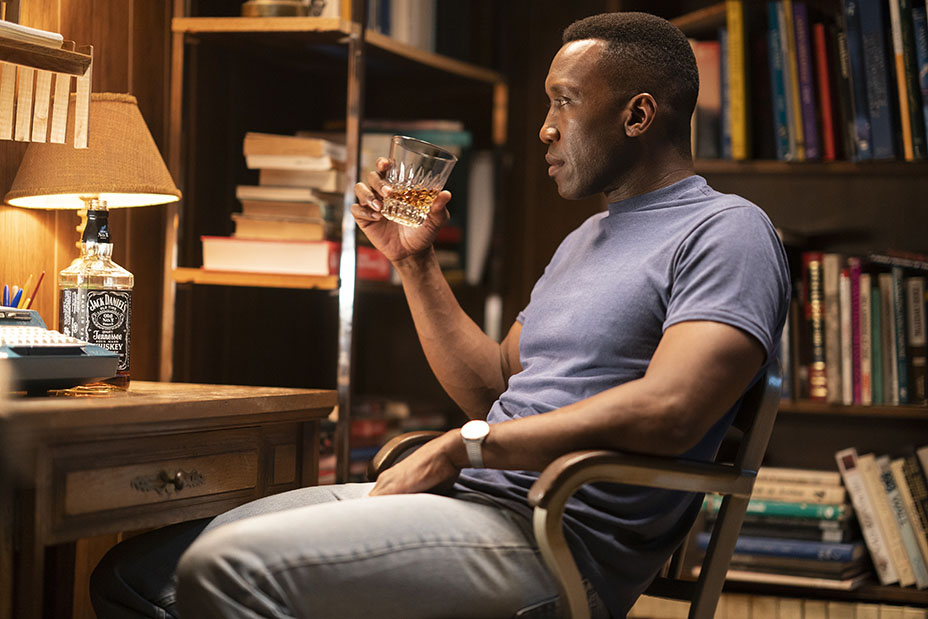 In 2015, meanwhile, true-crime producer Elisa (Sarah Gadon) presses Wayne on holes in the 1980 investigation, but as with every thread so far, the show holds its cards close and doesn’t say who, exactly, screwed up or overlooked something. The desired effect of all these little dodges is to build tension across the three timelines, and thus far it’s working pretty well. The audience knows just enough to track the threads of the case, from the note left at the Purcell house to the mysterious brown sedan that’s mentioned in 1980 and comes back up again in 2015.

Daniel Sackheim, who directed “The Big Never” and several episodes later in the season, said the structure of the season lends itself to that kind of slow burn.

“I think the multi-timeline is born out of the characters and the relationship of the characters, and this idea that was so successful in season one of a man following this obsessive journey to solve this crime and being unrelenting and unable to give it up,” Sackheim told THR. “…I think it lays out beautifully in terms of the build of the series and the interweaving of this narrative tapestry. Each episode gets stronger and stronger, I think.”

The episode laid clues to the Purcell case in each of its timelines. In 1980, the note, Wayne’s discovery of toys in the woods near where Will was killed and the brown sedan all seem to be leading somewhere — and not to Brett Woodard (Michael Greyeyes), despite his getting beaten up by a crew of West Finger vigilantes. The 1990 story brings up the location of Julie’s fingerprints, and in 2015, Elisa tells Wayne some potential witnesses were never interviewed at the start of the 1980 investigation.

What True Detective hasn’t done just yet is connect those leads to the reasons Wayne is on a desk job and in a strained marriage in 1990, nor why he continues to meet with Elisa in 2015 over his son’s objections. For now, though, the show is using its structure to build the mystery pretty effectively.