As TV shows are shut down, with productions closed and series going into hiatus, medical dramas such as Fox’s The Resident, NBC’s New Amsterdam, Chicago Med and ABC’s The Good Doctor, Grey’s Anatomy and its spinoff show Station 19 have decided to donate their surplus medical supplies from sets to real hospitals and locals in need. Following the slew of medical shows donating to local hospitals, Fox’s Pose and Filthy Rich.

“At Station 19 we were lucky enough to have about 300 of the coveted N95 masks which we donated to our local fire station — they were tremendously grateful,” the show’s executive producer Krista Vernoff, who also works on Grey’s Anatomy, told The Hollywood Reporter. When Station 19 heard that the City of Ontario, California’s fire department was out of masks and recycling the ones they had, the show decided to donate its stock in addition to giving masks to the Station 35 firehouse in Los Angeles’ Los Feliz neighborhood. Grey’s Anatomy donated “backstock gowns and gloves” from its costume department, which it gave to local L.A. hospitals.

Meanwhile, in Atlanta, The Resident’s creators and producers donated supplies to the nearby Grady Memorial Hospital. Showrunner Amy Holden Jones coordinated efforts once she was flagged by co-creators Hayley Schore and Dr. Roshan Sethi, who was her medical advisor for The Resident. In addition, Dr. Daniella Lamas, who co-wrote this season’s finale, also notified Jones that they were “short of supplies at the best hospitals in the country.” This news moved the exec into action with the help of Dr. Sethi, who organized efforts alongside production manager David Hartley, who was on the grounds in Atlanta. “He got the email and drove in, opened up the locked stages and personally went through and collected all the materials,”Jones said of Hartley, who filled two trunks with gloves, gowns, masks, caps, shoe covers, scrubs, hair covers, lab coats and isolation gowns, among other items.

The Resident cast also got in on the action by putting together a call to action video on YouTube encouraging people to help by donating unused masks to local hospitals. 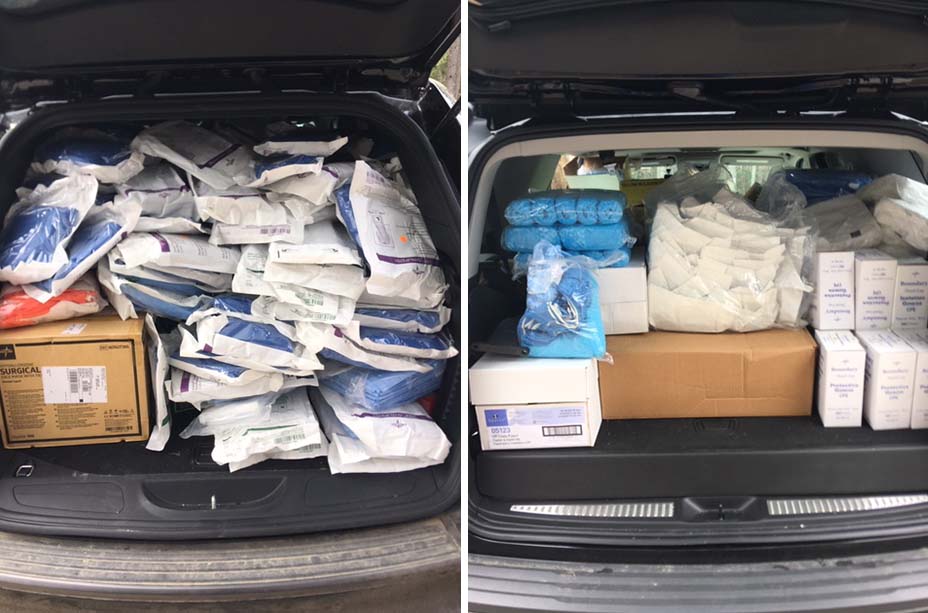 “It’s pretty appalling to think that our doctors and nurses at hospitals don’t have the proper protection — they’re facing these patients who are highly contagious without being protected,” Jones told THR of the urgent need for the two trunks filled with medical items taken from their closed production to Grady, where Dr. Karen Law posted a grateful message with a photo of the supplies on her personal Instagram page. “It was the very least we could do — doctors are our heroes on the show. It was very moving to us all that we could do anything because we all feel so powerless.”

“Look for the helpers. You will always find people who are helping.” . To the entire team @theresidentonfox, thank you for this incredibly generous donation of #PPE from your set, including gowns, masks, gloves, and all the things our healthcare workers need to provide safe care for our community during #COVID19. . Yesterday, I had a serious discussion with the residents about how, though supplies are low, a magical shipment of masks is unlikely to arrive. And yet, a magical shipment of masks DID arrive, in the form of this very generous gesture. This kind of community support means so much to our #frontlineproviders who are making many sacrifices to staff our hospitals and care for our community. . Thank you, @theresidentonfox and @foxtv for being helpers. We needed this kind of good news today. . PS: Sorry it’s not a great pic, but the focus was not on the photo at the time. Similarly, the team @theresidentonfox are good citizens doing good deeds and not looking for a shout out. Though I encourage all to support The Resident and the great team behind the show and to pay their good deed forward any way you can. . #Hurstlife #residentlife #emoryIMresidents #lookforthehelpers #gratitude

New Amsterdam’s showrunner David Schulner confirmed that the show donated “everything to Bellevue Hospital in NYC,” where the series is actually shot, following the shutdown of production. One of the show’s stars, Daniel Dae Kim, who plays a doctor who gets recruited to a new hospital to help patients — coincidentally — during a pandemic, revealed Thursday that he has been diagnosed with COVID-19 after production had shut down. “Every department, set decorators, costumes, props went through their storage units,” Schulner said after claiming to be asymptomatic while filming. “It’s being inspected by an NBC representative before being sent.”

The Good Doctor, which is based in Vancouver, pulled their medical stock — coordinated by executive producer Erin Gunn — to send to the local provincial Canadian government to distribute and use. “We are all overwhelmed with gratitude for our healthcare workers during this incredibly difficult time,” Vernoff added. “In addition to these donations, we are doing our part to help them by staying home.”

Today we received at ?@GradyHealth? a donation of PPE used for ?@ResidentFOX? When you don’t think miracles exist they magically happen. During #COVID19 supply of PPE is low everywhere but people are being creative and generous. Thanks guys! pic.twitter.com/uRRmGTrU5A

While Ryan Murphy’s Pose is not a medical drama, the TV show had props including masks and other medical supplies that they donated to New York’s Mount Sinai Hospital. The creator posted about it on Instagram as more series went through their supplies to see what they could provide that would help those on the medical frontlines.

On my FX series POSE, one of our regular sets and locations is a hospital where in season 3 (spoiler) Blanca works as an AIDS/hiv counselor. Today we donated all our prop supplies to Mount Sinai hospital to help nurses and doctors battling the Covid outbreak. Let’s all keep giving when and where and how we can. More to come…

Fox’s new series Filthy Rich, also helped out but donating items from their set in New Orleans to local organizations. Various products from cleaning supplies and toiletries to food and baby items were filled up in the back of vans and given to the Community Kitchen and the NOLA Covid-19 Mutual Aid Group. 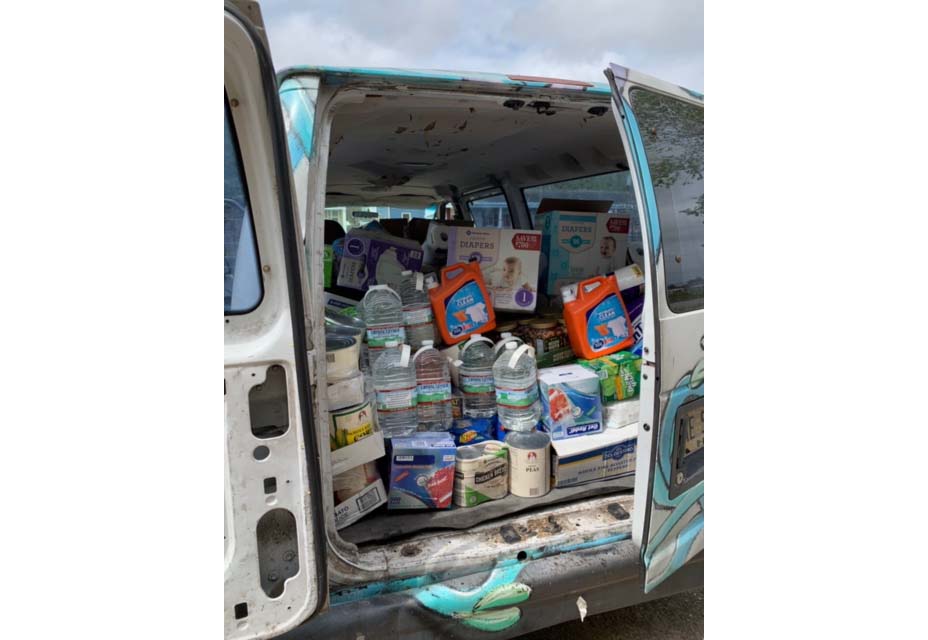 “Our hearts go out to those impacted, and we are so happy that things we use in the creation of entertainment, can be of service in this real life health crisis,” Chicago Med showrunners Diane Frolov and Andrew Schneiderz wrote to THR of their contributions. The series donated masks, hospital gowns and other supplies from their props department to the Illinois Department of Public Health.