[This story contains spoilers from episode five of CBS All Access’ Twilight Zone.]

Jordan Peele’s Twilight Zone is nothing if not ambitious when it comes to tackling social issues each and every week. Whereas Rod Serling’s original series switched among satire, analogy and straight science fiction storytelling, the new episodes have focused on very contemporary topics.

In the fifth entry, “Wunderkind,” starring Jacob Tremblay (Room), the very modern concept of a celebrity presidency is the target.

Viewers are introduced to John Cho’s down-and-out campaign manager, Raff Hanks, who, while drowning his sorrows after an unsuccessful campaign, watches a news piece about an 11-year-old YouTuber running for president. After seeing a prime opportunity to redeem his ailing career, he takes on the youngster, who under his guidance swiftly rises through the ranks to become commander in chief of the United States of America.

'The Twilight Zone' Calls Back to Another Classic in "A Traveler"

Director Richard Shepard (Girls) and writer Andrew Guest (30 Rock) dive headfirst into the satirical potential of the story as the young boy swiftly becomes caught up in his own fame. Though he’s not yet a teenager, Oliver is machiavellian, manipulative and, when it comes to protecting the status that he has achieved for himself, downright evil. It’s hard not to see the clear comparison here with the current president of the USA, a man who’s known for temper tantrums, watching television, golfing and spending lavishly, all things that Oliver partakes in. 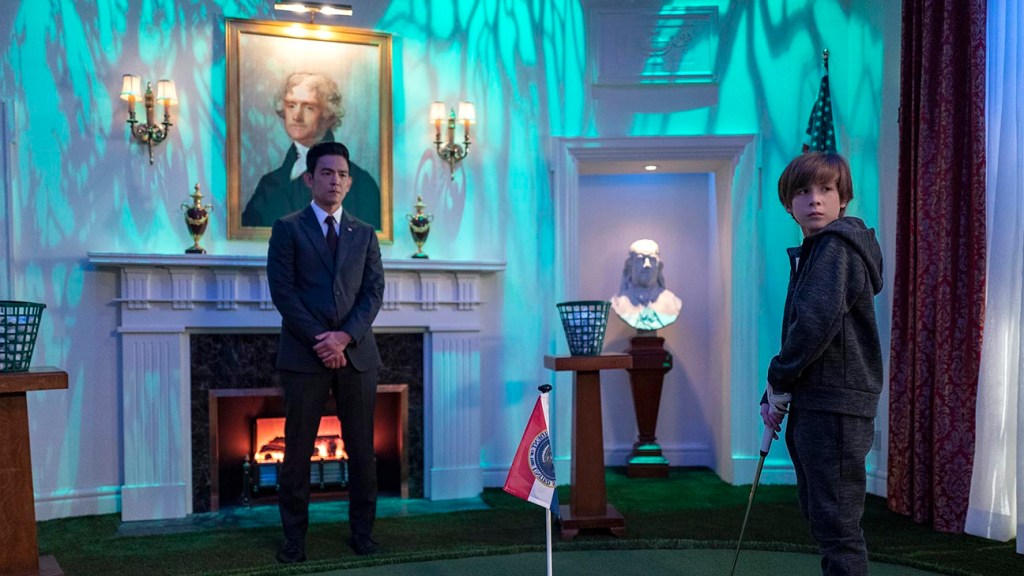 Of course, the child president isn’t fully to blame here as he descends into paranoia, claiming that everyone who disobeys or contradicts him is treasonous. What this episode really wants the viewers to reckon with is the complicity of the people who attempt to make a name off the backs of celebrity candidates during dangerous campaigns and the harm that they do to others. Raff is so desperate for success that he enables a child with a YouTube account to become the most powerful person in the country, if not on Earth. It’s a timely if obvious analog to the blind eye that many are willing to turn to the most horrendous acts if they entertain and benefit them.

After all, as Peele’s narrator reminds us with his parting words, “Razzle and dazzle people with the right lies and they’ll go blind to the madness right in front of their faces.”

The Twilight Zone is available to stream on CBS All Access with new episodes each Thursday.