In developing the fourth iteration of the seminal science-fiction show The Twilight Zone, was a question that showrunner Simon Kinberg (Legion, The Gifted, Designated Survivor) kept coming back to: “Why now?”

“A couple of years ago that question was harder to answer than today,” Kinberg told The Hollywood Reporter. But the shift in the political landscape opened the door to The Twilight Zone and made it vital for the creators of the new version to continue the satirical legacy of the original.

On the red carpet for the series’ first PaleyFest panel, Kinberg told THR why 2019 was the perfect time for the show to return: “I think today we’re living in a world that resembles The Twilight Zone. We’re living in a world in which the social issues of [original series creator] Rod Serling’s time are just as prevalent, unfortunately, today as they were then.”

It was a sentiment shared by Kinberg’s fellow exec producer Audrey Chon (Oldboy), who’s been developing the series alongside him and executive producer (and onscreen narrator) Jordan Peele since 2016. “It felt like we needed a forum that wasn’t the news and wasn’t so serious where you can actually put ideas and stories out there that people can talk about,” said Chon. “We looked around and said, ‘What are the kinds of modern-day paranoia that we should be speaking about?'”

Alongside those ideas, the producers wanted to ensure casting was inclusive. “It was really important to us that both the people making the show and the people in front of the camera resembled the world in which we live,” said Kinberg. “It couldn’t be an all-white, all-male world. That’s not the world we live in, and that’s not the audience.

“It’s so important when we’re coming into a modern Twilight Zone, a contemporary Twilight Zone, to make it feel as modern and contemporary as possible. And with the issues we’re dealing with like racism, sexism, and all kinds of different persecution, we can’t make it an all-white show about all-white characters.”

CBS All Access and the creative team have been pretty secretive about the narratives of the upcoming episodes. Several of the actors involved, however, did tell THR why they connected to the material. 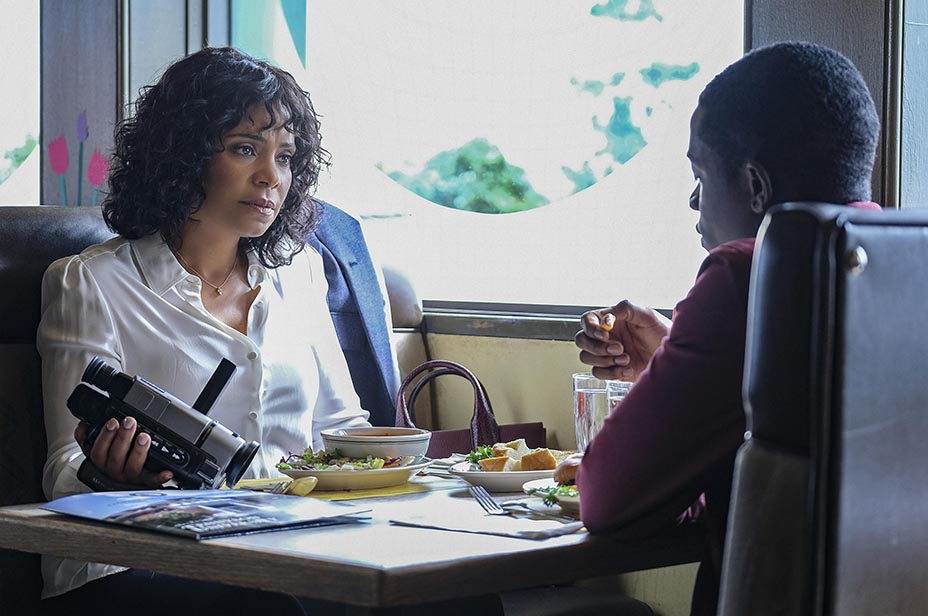 Sanaa Lathan (The Affair) has a history of working in sci-fi and genre films, and she stands as one of the few black final girls in horror history with her performance in Alien vs. Predator. Her role in The Twilight Zone holds a harrowingly relevant mirror up to a brutal reality of contemporary America, but for Lathan it was all about the positivity at its core: “I love my episode because it’s about a mother’s love for her son and how she’ll do anything to ensure the safety of his future,” she said.

Rhea Seehorn (Better Call Saul) said she got excited because “my episode was a satire dealing with toxic masculinity.  [With] Heather Anne Campbell and Christina Choe directing, they did such an astute job with bringing humor into the satire while still making you think, shining a light on the humor and horror in the way that The Twilight Zone does so well.”

Kinberg told THR the episode that resonated with him the most is Kumail Nanjiani’s scathing celebrity satire “The Comedian”. “The reason why that one spoke to me is because I think we live in a culture now that is so obsessed with celebrity and fame at all costs,” he said. “At what cost do you actually lose your soul to gain the fame?”

DeWanda Wise (She’s Gotta Have It) plays an astronaut in an episode, and in addition to being a different kind of part for her, she told THR she had an immediate connection with the episode’s theme. 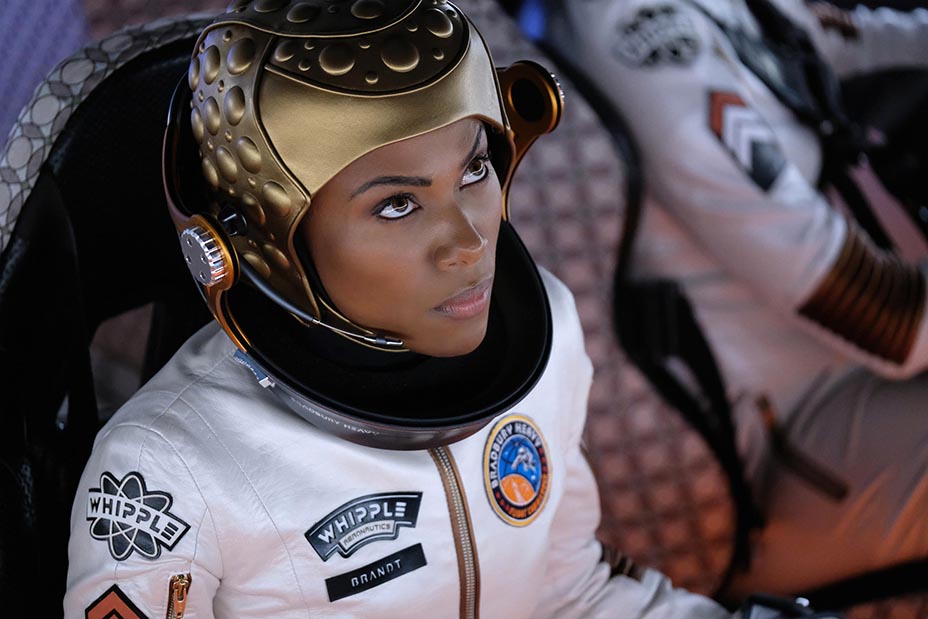 “It’s about a confrontation with the self,” she said. “Thematically, it worked for me, because I’m always looking at the woman in the mirror, I’m always considering what my part is in filling the blank, and on how we can be complicit in our own destruction, so it was a perfect match.”

Kinberg made it clear that these messages were at the core of the reboot — as they often were in Serling’s original.

“That’s something that we can do while delivering fun entertainment, we can smuggle in social messaging, whether it’s racism or police brutality or misogyny or any really social, political, moral issues of our time,” Kinberg said. “We have a responsibility and opportunity.”

'The Twilight Zone': Everything to Know About the CBS All Access Reboot (So Far)