[Warning: This story contains spoilers through the finale of Twin Peaks: The Return.]

Remember when “How’s Annie?” were the two most frustrating words in the Twin Peaks catalogue? Four new agonizing words have officially taken their place: “What year is this?”

Entering the final two hours of Showtime’s Twin Peaks: The Return, David Lynch and Mark Frost’s ambitious revival of their cult classic series airing more than 25 years after its original cancellation, two quotes were top-of-mind — one from an interview with leading man Kyle MacLachlan, one from the actual show and the lips of Lynch himself.

First, there’s what MacLachlan (who spent his time on the new Twin Peaks playing at least two roles: a chaotic agent of darkness and destruction known alternately as the Doppelgänger and Mr. C, and federal agent Dale Cooper, who was unwittingly cast as the dim-witted insurance salesman Dougie Jones for most of the season) told The Hollywood Reporter during an interview in early July: “David’s storytelling is filled with imagery and different perspectives and characters and things that may initially be confusing to people, but ultimately everything will come back together and make sense. It will be clear.” With so many stories in the air and only two hours with which to resolve them all, the Twin Peaks finale was facing an uphill battle in terms of MacLachlan’s promise of clarity.

Has 'Twin Peaks' Been a Hit for Showtime?

Second, there’s an early scene in the revival involving Gordon Cole, the hard-of-hearing FBI agent played by Lynch, and David Duchovny as Denise Bryson, a federal agent who is transgender. When Denise thanks Gordon for his role in helping her land her high-ranking position, Gordon replies that anyone who had any issues with Denise’s transition should “fix their hearts or die.” Those words, often with “your” replacing “their,” have become something of a war cry ever since, both outside the series and also within the context of the themes and feelings at play in Twin Peaks. Despite depictions of harsh violence, men abusing physical and systemic power against women, instances of inhumanity washing over the forested hills of Washington as both a literal and figurative fog, Lynch was positioning Twin Peaks as a world where, yes, evil very much exists — but with vigilance against the darkness, with actively mended hearts, hope remains for light to beat back the night.

Now, the final two hours have officially come and gone. With all paths leading directly back to the town of Twin Peaks proper, Lynch and Frost were in a position to prove those two points: that this was a series about the endurance of hope and the human spirit in the war between good and evil, and that this was a series that could resolve with some level of coherency.

On the note of coherency, at least? Maybe not so much.

After a penultimate hour that included some extremely satisfying moments with Cooper and the others reuniting at the Twin Peaks Sheriff’s Station, defeating both the Doppelgänger and the disembodied spirit of Killer BOB (the late Frank Silva), and potentially even walking back the series-opening death of Laura Palmer (Sheryl Lee), the final episode of the series ended on an even more stunningly frustrating note than the original series: Cooper and a woman named Carrie Page, who looks exactly like Laura Palmer, standing outside of the Palmer residence in the middle of the darkened streets of Twin Peaks, with the current inhabitants of the house apparently having no idea who or what a Laura Palmer even is.

“What year is this?” Cooper asks when he and “Carrie” return to their car, still parked outside the Palmer residence. In response, “Carrie” screams, the same shriek that Laura emitted long ago once upon a time in the Black Lodge — and then, we cut to black, hanging for a beat before the credits start rolling over an image of Laura whispering into Cooper’s ear in the middle of the Red Room, an image from earlier in the season.

In other words, The Sopranos, eat your heart out. David Chase’s controversial finale has officially been Lynched.

Anyone hoping for closure on Sarah Palmer (Grace Zabriskie) exhibiting the ability to eat a man’s throat with an empty void of a face were left without it. Anyone hoping to understand the mystifying Audrey Horne (Sherilyn Fenn) storyline, and whether or not she was trapped in a mental institution or some other form of supernatural prison, were left without an answer. Anyone who wanted to know what was up with the enigmatic New York City box walked away from the finale without any indication, at least not an obvious one. (So much for that bonsai tree theory!) Anyone who wondered what the world of Twin Peaks would look like now that Dale Cooper seemingly fire-walked back the death of Laura Palmer (a feat he seemingly accomplished based on scenes from the original run of Twin Peaks and the subsequent film, Fire Walk With Me, re-airing, with Laura’s wrapped-in-plastic corpse vanishing from sight before our very eyes) did get some form of an answer… it just so happened to be an answer that led to even more questions.

Over the course of its run, Twin Peaks was rarely accused of spelling out its intentions for fans, but even by Lynchian standards, The Return ends on a stunningly confusing note. Are Cooper and this new form of Laura trapped inside some parallel universe? For a series (and creator) so focused on the idea of doubles, it makes some sense that there would be a doppelgänger universe of sorts — some sense. Really, the final episode and final scenes especially feel like they are built to set up a new set of mysteries and storylines to follow in the future — a curious prospect, considering most signs point toward this being the end of the line for Twin Peaks.

Lynch and Frost had eighteen hours at their disposal to tie up loose ends from the original run of Twin Peaks, and instead, they chose to end The Return with brand new questions that nobody would have even thought to ask heading into the final two hours. For some, it’s exactly what was expected. With their first opportunity to return to the world of Twin Peaks following the show’s initial cancellation, Lynch and Frost delivered a prequel film that lobbed up more questions than it answered. The final two episodes of The Return leaned on that same sense of unsettling confusion, and magnified it.

Which isn’t to say there weren’t answerable theories along the way. The penultimate week of the series confirmed a long-held suspicion that the Evil Cooper was indeed Richard Horne’s (Eamon Farren) father. The first hour of the two-part finale confirmed another theory: the no-eyed Naido (Nae Yuuki) was actually the real version of Diane (Laura Dern), a development some viewers were expecting based on reversing Naido’s name. (“Naido” backwards gives you “O-Dian,” which gives you “original Diane,” which apparently does indeed give you the original Diane! How about that!) Freddie Sykes (Jake Wardle) and his green-hued rubber glove of justice delivered the necessary punch to defeat Killer BOB, as so many fans hoped. The hair that Cooper plucked from his own head in “Part 16,” which he gave to the Lodge-dwelling Gerard (Al Strobel), was seemingly used to create a new Dougie Jones as hoped, which went on to return to Janey-E (Naomi Watts) and Sonny Jim (Pierce Gagnon), so at least there’s one happy ending.

But the brief return of Dougie Jones is about as happy an ending as it gets. Rather than closing out on a note that championed the notion of “fix [your] heart and die,” the version of Cooper we’re left with is someone who feels like a merged version of the two different Coopers we came to know over the course of this series. He embodies the good Dale’s drive and dutiful nature, deeply committed to returning the woman he believes to be Laura to the place that was once her home. He embodies the chilling tactics of the evil Cooper, too, shooting a man in the foot when he absolutely does not have to, dumping a set of handguns in a vat of hot oil and thereby putting a seemingly innocent restaurant at risk without much concern for the patrons’ safety, and otherwise operating in the stone-cold manner more commonly associated with Mr. C.

In the end, then, this wasn’t a case of good conquering evil, nor does it seem like a case of evil winning out against good. The Cooper we end up with seems to exist at the center of the Venn diagram, a far cry from the enthusiastic optimism of the federal agent we first fell in love with, if not quite the monster who ravaged everyone in his path for the majority of The Return. It’s a man who lives in a gray area — not unlike the first image we see of Cooper after the opening credits in the very first episode. 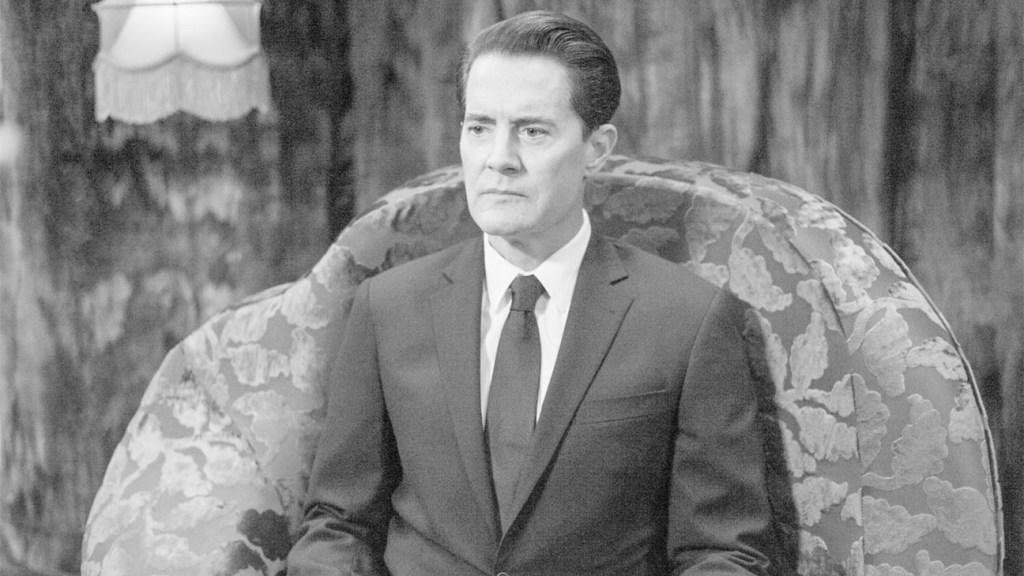 “You’ve gone soft in your old age,” federal agent Albert Rosenfield (the late Miguel Ferrera) tells Gordon Cole in the first scene of the penultimate episode of Twin Peaks: The Return. In response, Lynch’s alter ego replies: “Not where it counts, buddy.” At least Lynch was kind enough to warn fans about what they were getting into at the very top of the two-part finale — sadly, that’s where the kindness ends, the return of Dougie notwithstanding.

Has 'Twin Peaks' Been a Hit for Showtime?