Believe it or not, more than 200 actors are set to appear in the new Twin Peaks, including several familiar faces from the original run of the show. But there’s one star who won’t be back for the Showtime revival: Joan Chen — and she would like to change that.

Chen was one of the original stars of David Lynch’s and Mark Frost’s Twin Peaks, in which she appeared as Josie Packard, the unassuming Packard Sawmill owner who was involved in her own share of deadly secrets. Throughout her time on the show, Josie crossed paths with characters like her secret lover, Harry S. Truman (Michael Ontkean), and her chief business rival, Catherine Martell (Piper Laurie), both of whom also will not be returning. Chen reportedly wanted to be written out of the series to pursue other projects, and midway through season two, she got her wish.

In what remains one of the most bizarre scenes in the series (and that’s saying something), Josie suddenly passes away in the 23rd episode, “The Condemned Woman,” following a standoff with Agent Cooper (Kyle MacLachlan). But death is not the end for the Twin Peaks transplant, as her soul (or at least her face) becomes trapped inside of a desk drawer knob in the Great Northern hotel. Yes, really, because Twin Peaks.

How did Josie die? Is she one of the many poor souls who now exists within the dreaded Black Lodge? Was her spirit sentenced to imprisonment within the wooden walls of the Great Northern forever, as some fans have theorized? It’s still not exactly clear what happened to Josie, or why the last image of her is as a screaming piece of furniture, but count Chen among the many fans hoping for Josie to bust out of the drawer. With that in mind, Chen resurrected her Twin Peaks character for one final (for now) performance, in the form of a letter to series co-creator and director Lynch, penned entirely in character as Josie Packard.

“I was wandering in the aisles of American Apparel, waiting for my daughter to get done in the fitting room, when a young shop girl approached me and asked, ‘Are you Josie in Twin Peaks?'” Chen tells The Hollywood Reporter over e-mail, recounting the origin story of her current Josie swan song. “I was quite shocked that she had seen Twin Peaks and could actually recognize me with my unadorned face decades after I appeared in the show. That was around the time when Twin Peaks was set to be revived. I thought it would be fun to write David as Josie’s spirit. I was sure that it would bring a smile to his face.”

The Hollywood Reporter has exclusively obtained the letter, as seen below. 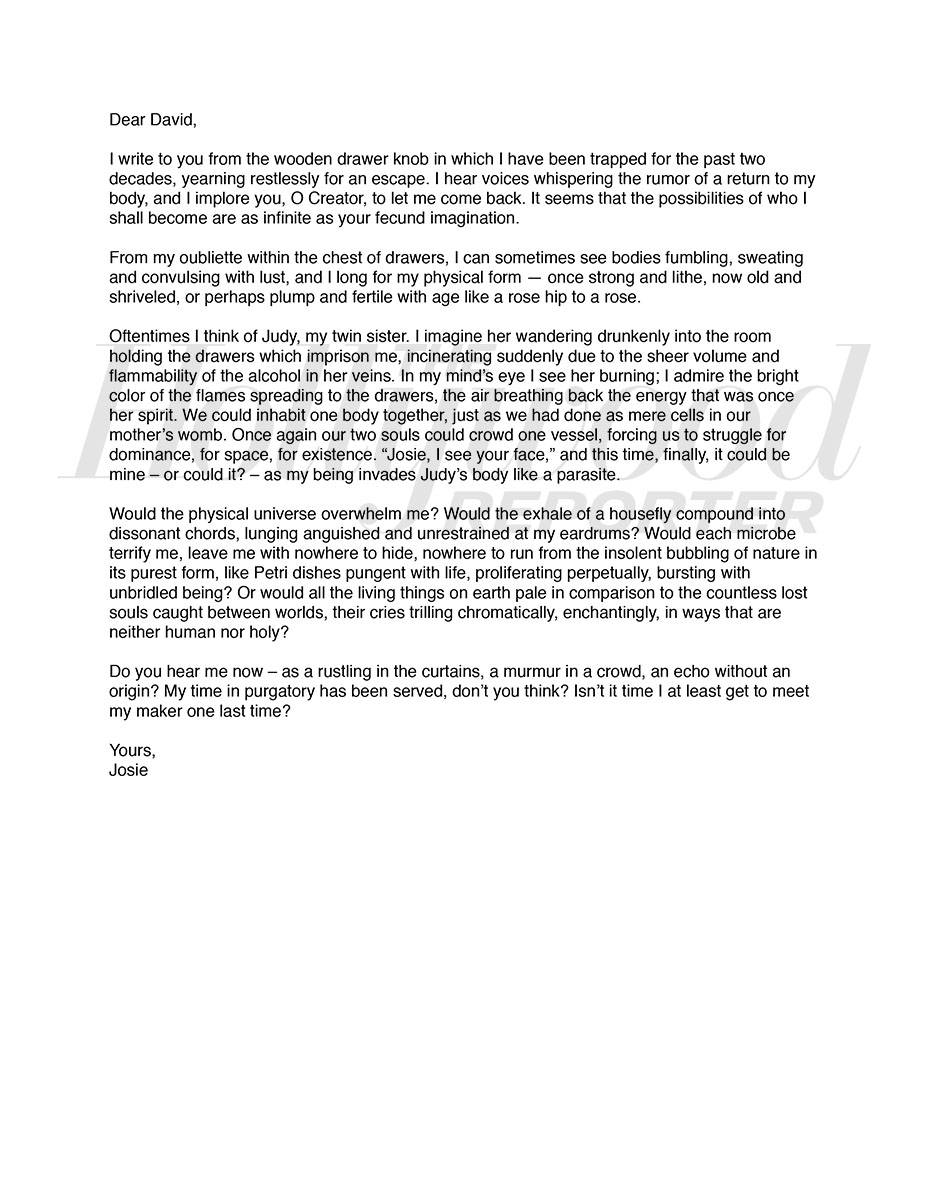 What do you think of Chen’s pitch? Sound off in the comments below, and keep checking THR.com/TwinPeaks for series coverage of Showtime’s revival.