Skip to main content
May 18, 2017 1:00pm
Logo text
While many Twin Peaks fans can’t help but wonder what stories will unfold when the series returns for a third season on Showtime 26 years after it first ended on ABC, there’s another major question that needs to be addressed: How will it play out?
During its original run, Twin Peaks was always a bizarre show with a very unique visual style, which was heavily influenced by co-creator David Lynch, who collaborated with Mark Frost to conceive of the series. Now with Lynch returning to the show to co-write all 18 episodes of the new season with Frost, and also serving as the director on each installment, what exactly will Twin Peaks look like?
Given that Showtime has been careful to share almost no new footage of the reboot, it’s a hard question to answer. However, there is information to be gleaned from Lynch’s projects since Twin Peaks was canceled back in 1991. In that time, he’s written and directed two feature films, helmed a third and released a number of shorts and web series — all creations that give small clues to his evolving storytelling style.

1. Genre
Though Twin Peaks typically stays within the realm of mystery and thriller, Lynch has dabbled in a number of genres over the years. From his 2001 neo-noir Mulholland Drive to the 2002 short Darkened Room, which shows a heavy influence from Japanese horror, to his work in the documentary space, to the true oddity that is 2006’s Inland Empire, he has shown a penchant for playing with and subverting genre whenever he can. As he moves back into the episodic structure of Twin Peaks, it wouldn’t be out of line to expect a little genre-jumping throughout its 18 episodes. Much in the same way the return of The X-Files dabbled with a few different styles, from thrilling elements to comedy, Twin Peaks’ new run gives Lynch the canvas to explore the genres that interest him most.
2. Structure
Anyone who’s seen Lost Highway, Mulholland Drive and Inland Empire knows that Lynch’s narratives can get a bit confusing. The filmmaker enjoys hopping around in his own timeline, telling stories out of sequence. While that might not have worked had Twin Peaks returned on network television, Showtime is an entirely different story. There’s more freedom that comes with a series on cable. As with genre, Lynch has the opportunity to introduce nonlinear aspects to the new season. It would certainly be a welcome addition. After all, Twin Peaks has been gone for 26 years. Chances are there are events from those decades that viewers will want to see play out on screen. 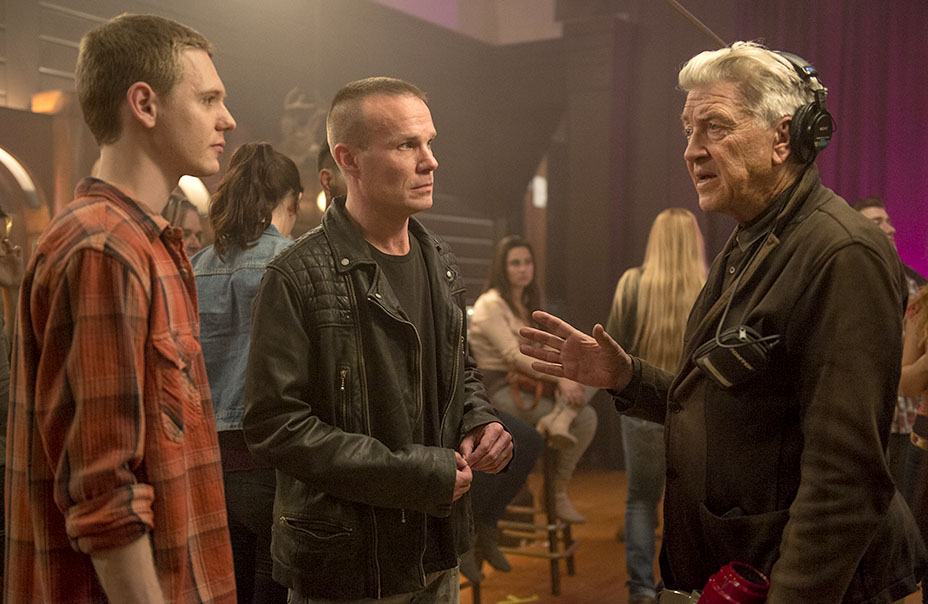 3. Tone
Without the constraints of network television, Lynch has the opportunity to push the content boundaries much in the same way he did with film. The majority of his cinematic work has been rated R by the MPAA, citing the nudity, sexuality, violence and gore shown throughout most of his filmography. A lot of that simply would not be welcome on network TV, especially in 1990 when the series originally debuted. Times, and the show’s home, have changed, though. Now Twin Peaks resides on premium cable, which operates under a different set of standards and practices. It allows Lynch to push the television envelope like he’s never been able to before. With that said, having Showtime as the new home of Twin Peaks doesn’t mean Lynch will lean heavily into a darker, edgier territory. Chances are it’s going to be more graphic than what you remember from the first two seasons, though.

4. Laura Dern
One of the biggest unknowns of the new Twin Peaks is the addition of frequent Lynch muse Laura Dern. After appearing in three of his films, the director has added the actress to the revival cast in a major role that has yet to be revealed. A fan theory that continues to gain steam is that Dern will be revealed as Diane, the unseen secretary to Kyle MacLachlan’s Special Agent Dale Cooper. Throughout the first two seasons of Twin Peaks, Cooper was seen recording voice memos for Diane, making her a central character that never made an appearance. Should Dern land in that role, it will fill a major void in the show’s universe. And if ever there was an actress in Lynch’s stable to do it, Dern would make sense.
The Twin Peaks revival premieres Sunday at 9 p.m. ET/PT on Showtime. Keep following THR.com/TwinPeaks for more coverage of the show, including interviews, theories and more.