Much like the owls, the bonsai tree is not what it seems. Maybe not, at least.

There’s much to chew on in the first two installments of David Lynch and Mark Frost’s Twin Peaks revival for Showtime, which debuted Sunday with all the impact of an ethereal monster creature eviscerating a pair of naked coffee-drinking 20-somethings. For our purposes, let’s start the chewing process there.

Over the course of the first part of the new series (subtitled Twin Peaks: The Return, with all 18 parts directed by Lynch himself), a young man (Ben Rosenfield) sits inside a New York City loft staring at a massive glass box, waiting for something — anything — to happen inside. It’s a lonely pursuit, as others are not allowed in the room with him, a point made clear when a woman named Tracy (Madeline Zima) arrives at the space with two large lattes in tow. She’s only allowed inside after her second visit, when the security guard is nowhere to be found. The young man and Tracy proceed to “make out a little bit,” which leads to making out a lot, which leads to full-on sex, which leads to full-on supernatural murder, as is the horror tradition’s wont.

Who or what killed the man and Tracy? Was it Agent Cooper (Kyle MacLachlan) or his doppelganger, a shaggy-haired murderer we assume is Killer BOB (played by the late Frank Silva in the original series), and is at least connected to the Black Lodge by Bad Coop’s own admission? Is it Laura Palmer (Sheryl Lee), who made a brief appearance in the premiere before blinking out of the Black Lodge for parts unknown? Someone or something else entirely unknown to the viewer as yet?

Fair questions to ask, but when it comes to this scene, there might be another monster hiding in plain sight. 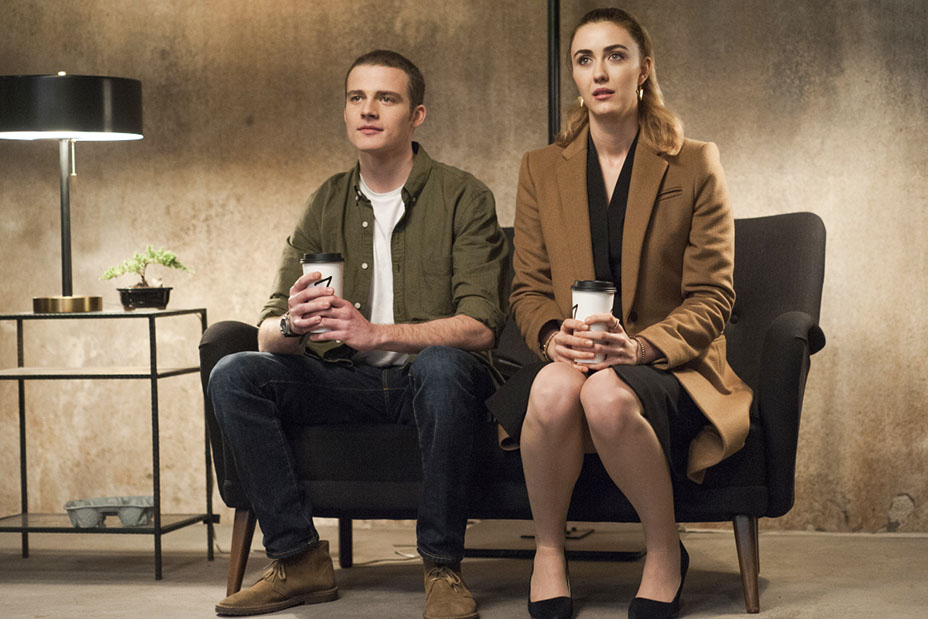 The loft space is sparsely decorated, save for the glass box, monitoring equipment, a loveseat (in more ways than one) and an adjoining table. The table hosts two objects: a lamp, and a bonsai tree — and anyone with a fresh memory of the original Twin Peaks should have been on high alert at the sight of the seemingly innocuous plant.

In the latter days of Twin Peaks‘ second season, Agent Cooper and the rest of the sleepy town’s residents were terrorized by a former federal agent turned Lodge-looking lunatic named Windom Earle (Kenneth Welsh). The over-the-top villain’s reign of terror reached a climax when he kidnapped newly minted Miss Twin Peaks and Cooper’s girlfriend Annie (Heather Graham) and brought her to the dreaded Black Lodge. He reached this place thanks to Cooper and company’s own investigation into the Lodge, having been able to hear every detail through a hidden listening device.

Hidden how, you ask? Through a bonsai tree, which he sent to the Twin Peaks Sheriff’s Department under the pretense that it was a posthumous gift from the recently deceased Josie Packard (Joan Chen).

There’s a saying when it comes to Twin Peaks: “It is happening again.” History has a way of repeating itself in this dangerous world; just ask the multiple Sheryl Lees who have been murdered by a BOB-fueled Leland Palmer (Ray Wise). Is history repeating itself again here with the bonsai tree? Is somebody spying on this so-far-unexplained Manhattan project, by way of a planted device? If so, should Earle be ruled out as a candidate, given that a) Kenneth Welsh is not listed as one of the more than 200 actors in the Twin Peaks cast, and b) even if viewers look past that sprawling cast list, BOB claimed Windom Earle’s soul in the season two finale?

(As a third point, who really wants to see Windom Earle again, anyway? As with so much of season two, he’s an artifact of the old Twin Peaks that’s best left in the past — unless Lynch wants to give his own all-new spin to the character, in which case, by all means.) If it’s not Earle, who is it, and what are they hoping to find?

David Lynch is well-known for making meals out of happy accidents, but he’s an incredibly deliberate filmmaker as well. It’s entirely possible that there’s a bonsai tree hidden in plain sight in the new Twin Peaks for no other reason than to mess with the heads of folks who often treat television like a scavenger hunt. If so, guilty as charged, and well played, Mr. Lynch. In any case, whether it’s a clue to a future plot reveal or high-level trolling or nothing more than an Easter egg — or, even more wonderfully, a happy accident — it’s hard to look at a Twin Peaks bonsai tree without at least thinking about it’s role in the show’s history.

To put it in the words of the new Twin Peaks: “Is it future, or is it past?” The answer, if there is one, is in the future.

'Twin Peaks': What to Expect From the Next Two Episodes

Are we making a mountain out of a bonsai tree, or did you notice the season two callout as well? Sound off in the comments below, and follow along with THR.com/TwinPeaks for continuing coverage of the series.

'Twin Peaks': What to Expect From the Next Two Episodes