[Warning: this story contains spoilers — or, more accurately, vague warnings — for episodes three and four of the new Twin Peaks.]

In its third and fourth hours of existence, David Lynch and Mark Frost’s Twin Peaks revival served up a heaping helping of garmonbozia, and some damn good coffee to boot.

Following the two-hour series premiere on Sunday (May 21), Showtime offered up the subsequent two hours of the new Twin Peaks on its on demand and streaming services, accelerating the story of Agent Dale Cooper (Kyle MacLachlan) and his doppelgänger — a man who may or may not be (but probably is; unless he isn’t?) Killer BOB, played by the late Frank Silva in the original series. If the first two hours were heavy on the surreal and light on the streamlined plot, then the next two episodes are… well, still heavy on the surreal, and still a few steps shy of streamlined, but loaded with a true sense of forward momentum in the plot.

Expect our full recap of “Part 3” and “Part 4” when the installments air on Showtime next Sunday (May 28). Until then, for those curious, let’s round up a little bit of what you can expect from the next two episodes of the new Twin Peaks. For what it’s worth, in his review of the series, THR critic Daniel Fienberg said that the Lynch revival is a hard thing to spoil; that it’s “a sensation that engulfs you and a journey you take, not a list of events that happen.” And he’s right. With that said, here’s a list of events that happen in the next two episodes — along with some other oddities, space and otherwise.

• The Red Room. The Black Lodge. The Purple Cruise? Let’s go with that until further clarification.

• What the first two hours were lacking in creamed corn, “Part 3” more than makes up for before we hit the 30-minute mark.

• On its official online store, Showtime offers Agent Dale Cooper’s keys to the Great Northern Hotel’s room #315 for the reasonable price of $9.95.

• A well placed speed bump is the only thing that keeps Cooper alive.

• Gas masks are required in order to attend to a man in a car accident. There is something bad in the vehicle. 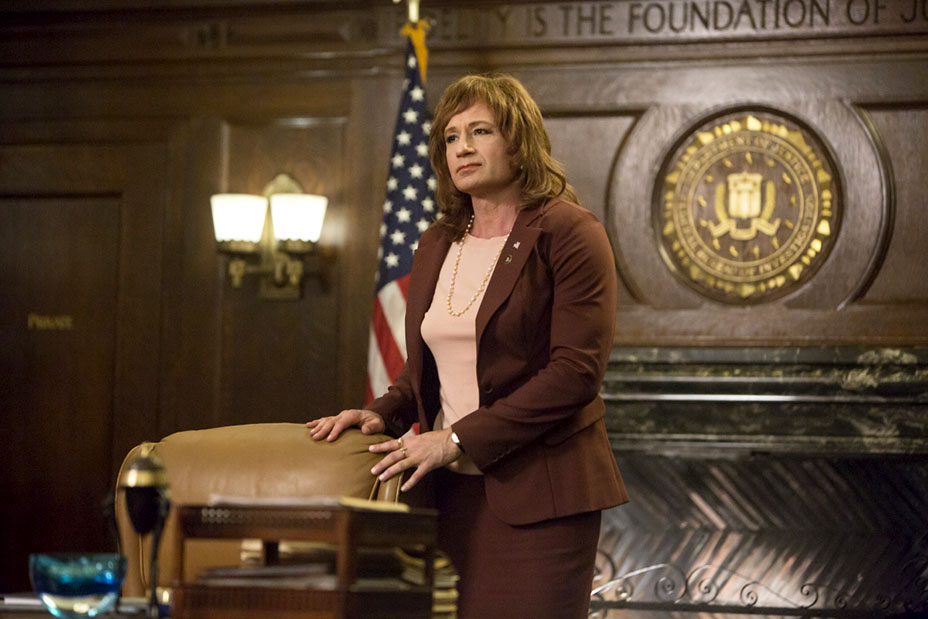 • Whatever the new Twin Peaks is about, know this: it is not about the bunny.

• We still don’t know what Dr. Jacoby (Russ Tamblyn) is doing with his new shipment of shovels, but what he sees through his red-and-blue view of the world is a golden opportunity.

• Mister Jackpot makes his debut, and he’s going to need a bigger bucket.

• Lynch has taken things down a notch or two in his performance as Gordon Cole.

• Expect at least one or two websites to recap episode four with the headline, “Teach Me How to, Dougie.”

'Twin Peaks': What the Critics Are Saying

• Home is where the heart is, except replace “heart” with “big red door.”

• “This is the most wonderful, horrible day of my life.”

• Isn’t it a thrill to say the words “Federal Bureau of Investigation,” unabbreviated?

• Despite Michael Ontkean’s absence from the series, Sheriff Truman appears.

• “I gotta take a leak so bad that my back teeth are floating,” says a silver-foxed fan-favorite character in an amazing new context that’s familiar to us, but foreign to him, at least from this side of things. 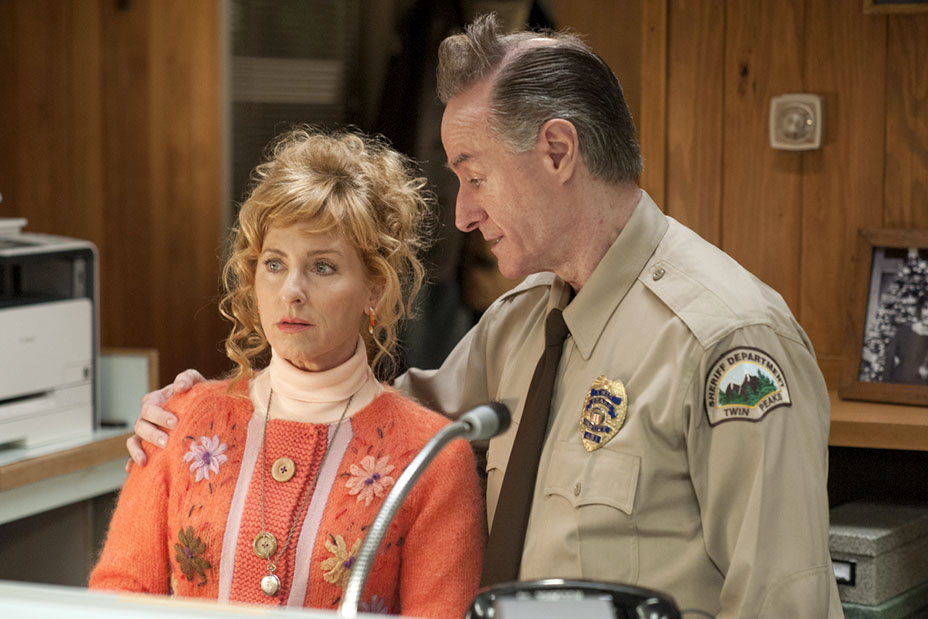 • That Angelo Badalementi score you like is going to come back in style. Bring tissues.

• An ominous warning from Philip Gerard (Al Strobel) adds a sprinkle of Highlander to your new Twin Peaks.

• There’s no toothpaste, no mention of Annie (Heather Graham), but Kyle MacLachlan is at the heart of an eerily familiar bathroom scene all the same.

• A quick sip of hot coffee could very well do the trick.

• The cossacks are in Russia.

• Doctor Porter and Sir Richard have traded the apocalypse for something even weirder.

• “I hate to admit this, but I don’t understand this situation at all.”

• He doesn’t know where she lives, but he knows where she drinks.

• If you want to get a head start on next week’s ear worm, give a listen.

The new Twin Peaks airs on Sunday nights at 9 p.m. on Showtime. The third and fourth episodes are currently available on Showtime’s on demand and streaming services. Follow THR.com/TwinPeaks for continued coverage of the series.

Here's the Premise of the New 'Twin Peaks'