Centered on an ensemble cast that includes Ellen Page, Robert Sheehan and Mary J. Blige, the show follows an estranged adopted family of reluctant superheroes who have to join forces to avert the apocalypse. All seven siblings were born on the same day in 1989, to women who had previously shown no signs of being pregnant, and were thereafter adopted by a mysterious billionaire, Reginald Hargreeves (Colm Feore), who showed no interest in parenting them, instead training them to harness their powers and become world-famous superheroes. In the wake of Hargreeves’ death, the siblings reluctantly gather for a family reunion that soon becomes a mission.

“Character is the most important thing to me,” Way tells The Hollywood Reporter. “As soon as Steve [Blackman, the showrunner] told me his vision for the show, and how he wanted to keep the core of that family dysfunction and the characters being the most important thing, I knew that if he got that part right, he could do other things differently.”

Before delving into the singular world of The Umbrella Academy, join The Hollywood Reporter for a walk through the characters at the center of the story. 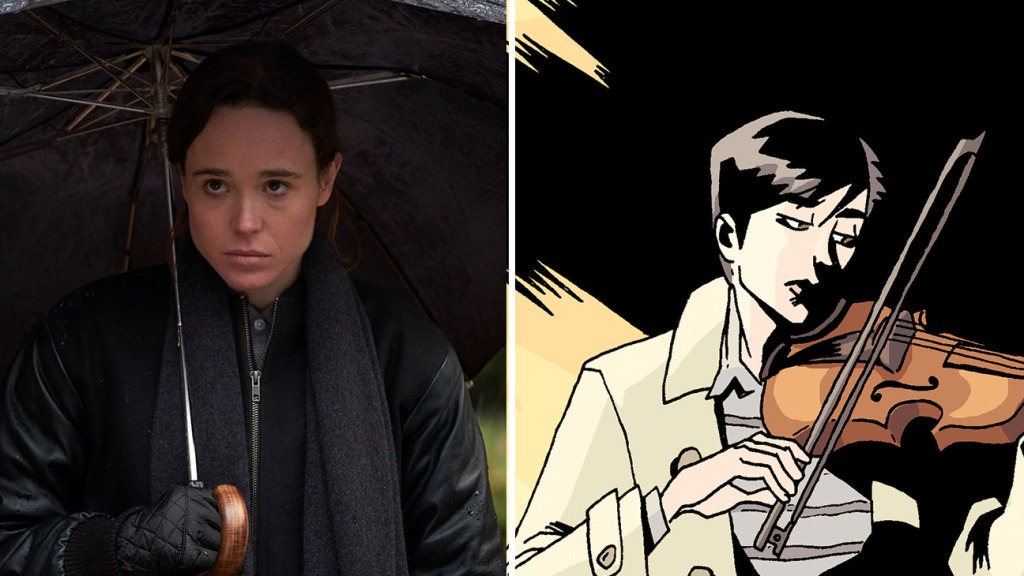 Her Story: The only Hargreeves sibling born without superpowers, Vanya undergoes a dramatic transformation in the run-up to the impending apocalypse. Guarded and deeply lonely, Vanya harbors a lot of resentment toward her late father and her estranged siblings, along with deep feelings of worthlessness for lacking the powers that they have. Her one outlet is in her extraordinary skill as a violinist, although as the season progresses she discovers her untapped potential. 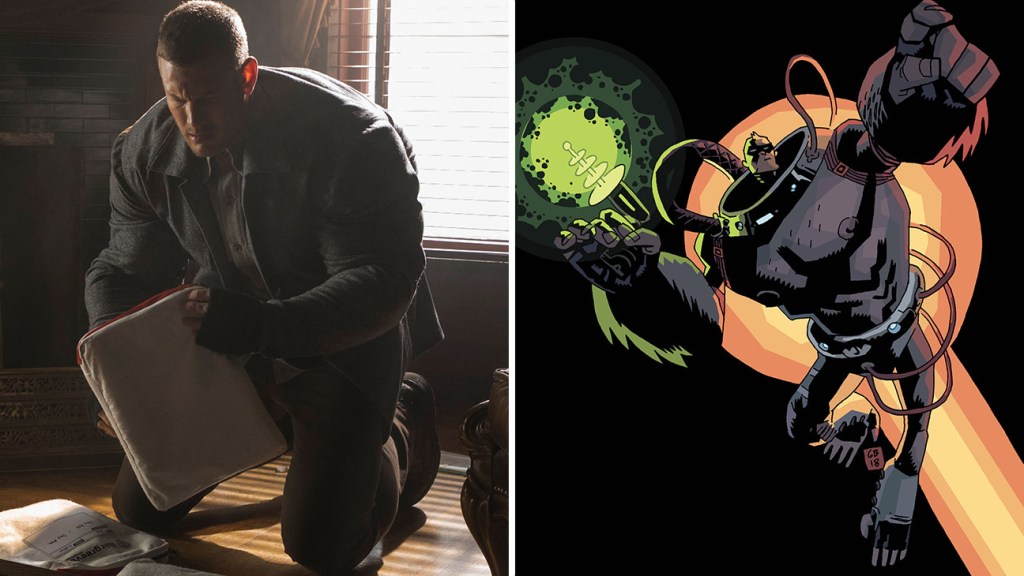 His Story: The eldest of the siblings, Luther is often forced into the role of reluctant leader. As the series picks up, he has just returned from years alone in space, having been sent on a mission to the moon by his father. In the comics, Luther is a human whose head was surgically grafted onto the body of a Martian ape, but the series tweaks this to ground the character. “It made his body make more sense,” Way says of the changes. “There’s a real sadness to that character in the show, and a kind of naivety and innocence and boyishness that I love.” 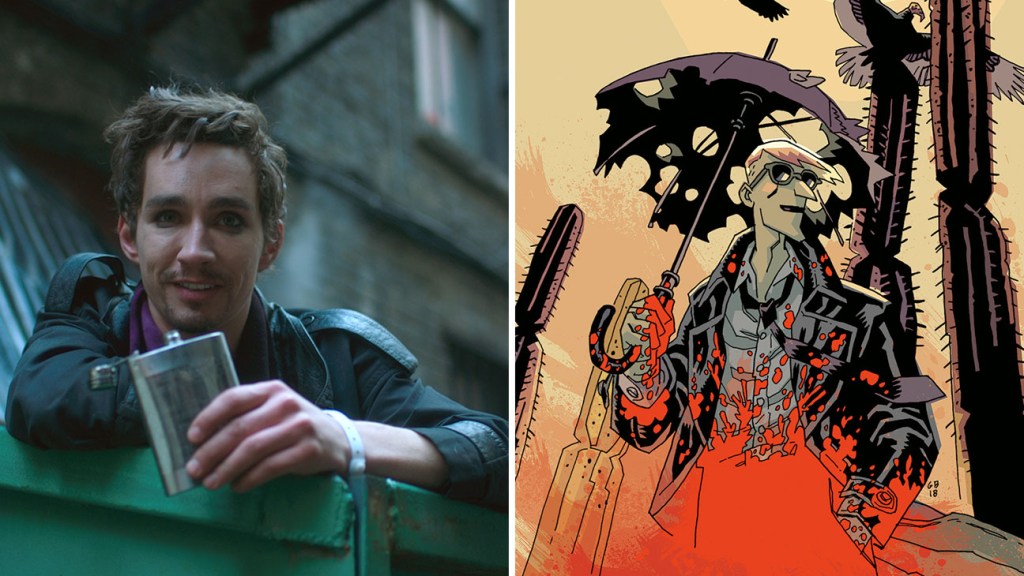 His Story: A lovable rogue and drug addict who’s the life of every party, stumbling along without much direction until he’s dragged into saving the world, Klaus is in rehab as the series begins, but swiftly relapses. His hard-partying ways belie a tragic past and a profound loss that he rarely talks about, but begins to consume him as the series goes on. 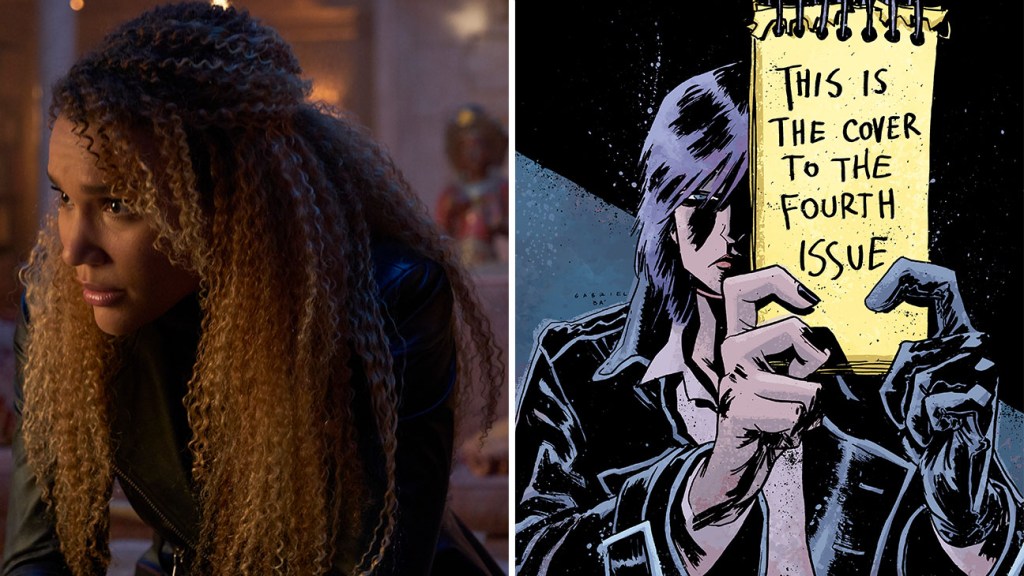 Her Story: A formerly world-famous actress who has traded in the spotlight for a quiet life, she has also sworn off using her superpower after her dependence on it ruined many of her relationships, including her marriage. She shares a complex connection with Luther, which is explored throughout the series. 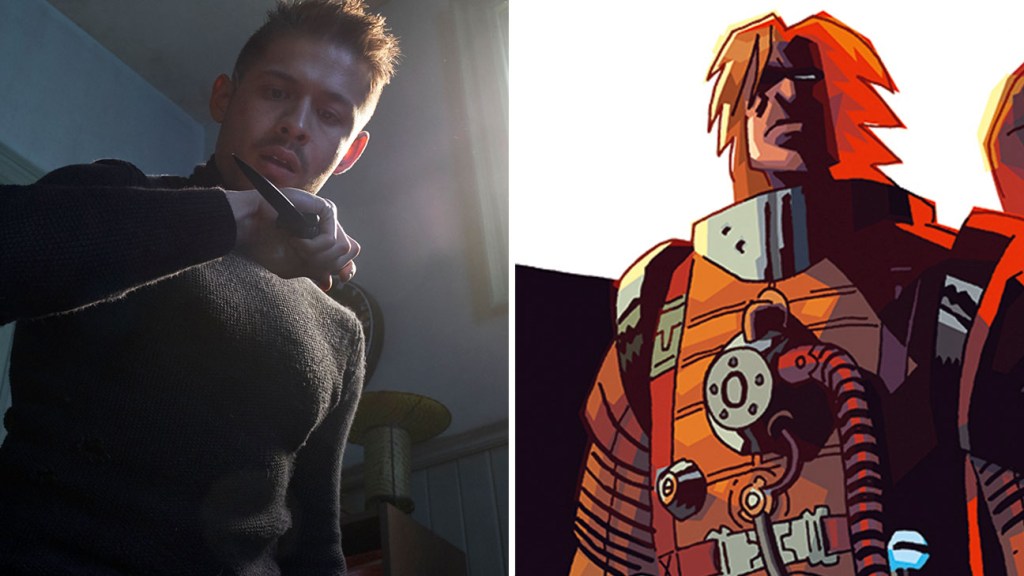 His Story: A reckless rebel with a chip on his shoulder, Diego has fully embraced life as a violent vigilante in contrast to his more reluctant siblings. He has an intense rivalry with Luther, and believes that he should have been chosen as the leader of his family instead. 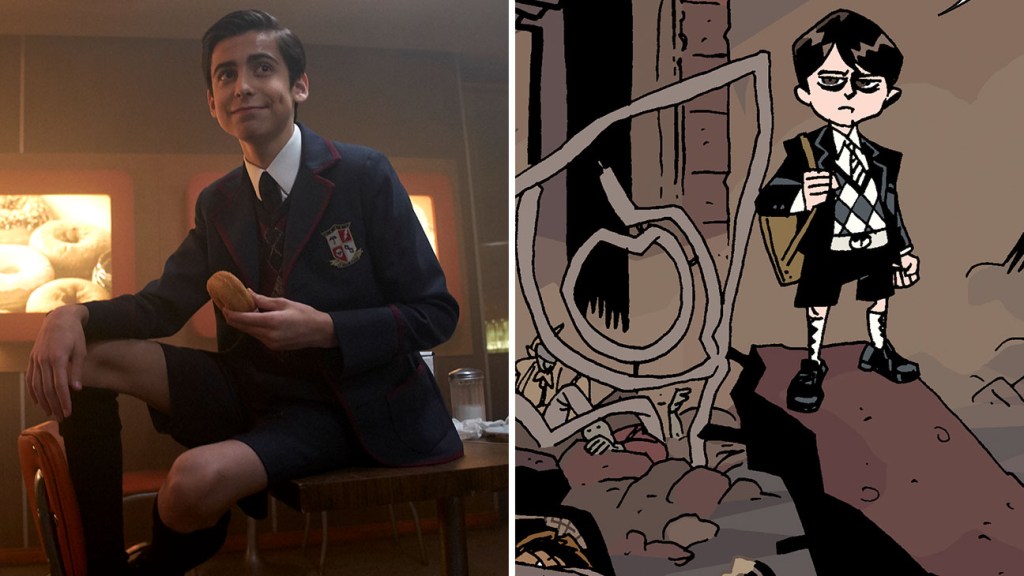 His Story: At the age of 10, The Boy went missing when he used his ability to travel 50 years into the future, where he lived for another 50 years until finally finding a way to travel back in time. When he returned to the present day, he became permanently stuck in his 10-year-old body despite being mentally in his 60s. His powers make him a deadly assassin, and a crucial source of information about the impending apocalypse. 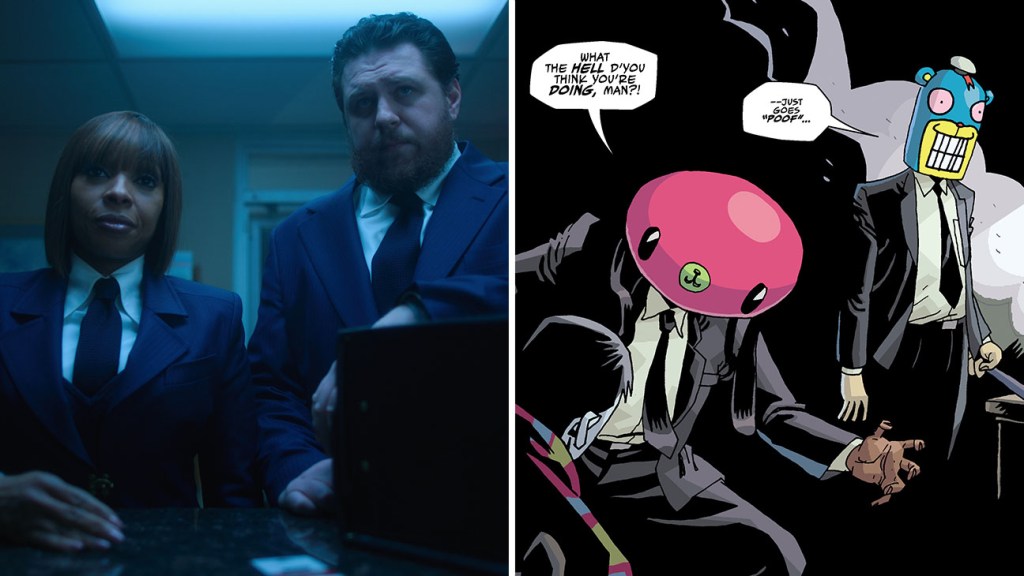 Their Story: An off-kilter pair of violent assassins working for the Temps Aeternalis, a police organization devoted to maintaining the integrity of time by eliminating anomalies, they wear distinctive, colorful masks on kill missions. Cha-Cha is one of the characters changed most for the Netflix adaptation; in the comics, the duo are both men.

Rounding out the cast are Colm Feore as Sir Reginald Hargreeves, also known as The Monocle, the siblings’ cruel and neglectful adoptive father who also happens to be an undercover alien; Ethan Hwang as Ben, another of the Hargreeves super-siblings, who died under mysterious circumstances prior to the series; and Adam Godley as chimpanzee Pogo, who is Reginald’s assistant and the closest thing the siblings have left to a father. John Magaro also recurs as Leonard Peabody, Vanya’s love interest with a hidden agenda.