Much like the sprawling comic book series on which it’s based, The Umbrella Academy has had a long journey to the screen.

Created by musician and comic book writer Gerard Way and award-winning artist Gabriel Bá, Umbrella Academy launched at Dark Horse Comics in 2007, centering on the fallout of a mysterious event from long ago. On a single day in 1989, 43 babies were born to women who had previously shown no signs of being pregnant. Seven of those children were adopted by an eccentric and abusive billionaire named Reginald Hargreeves (played in the Netflix series by Colm Feore), who trained them to become superheroes and forced them into the limelight as children. Years later, the estranged siblings reunite in the wake of Hargreeves’ death, and must confront their unresolved issues and trauma while trying to avert an imminent apocalypse.

Originally optioned as a movie shortly after its Eisner Award win more than a decade ago, the off-kilter superhero comic finally debuted this week (Feb. 15) as a ten-part Netflix series starring Ellen Page. The streaming format gives the story room to breathe in a way that feels necessary, given the size of its core cast and the ambitious scope of its premise.

After The Umbrella Academy was optioned by Universal Pictures in 2008, it went through “a lengthy process of development,” Way tells The Hollywood Reporter. “Ultimately Universal ended up not making it and the option expired.” It was at this point that publisher Dark Horse Comics suggested that Way sit down with Universal Cable Productions to discuss a possible series. By the time Way was meeting with distributors, “everybody we met wanted it, so we just got our pick,” and picking Netflix was an easy decision.

“It was extremely exciting to suddenly realize we get ten hours of this thing at once,” he explains, “and also I knew the production value was going to be extremely high. I couldn’t think of a better way to present Umbrella Academy to the world.”

Showrunner Steve Blackman (whose previous credits include FX’s Fargo and Legion) came onboard with a specific vision influenced more by indie movies than superhero blockbusters.

“In my mind, this is a dysfunctional family drama with a body count,” Blackman tells THR. “I wanted to get away from some of the tropes that we’d seen a million times, and lean into some ideas that were a little more Fargo, a little more Coen brothers, a little more Wes Anderson.” 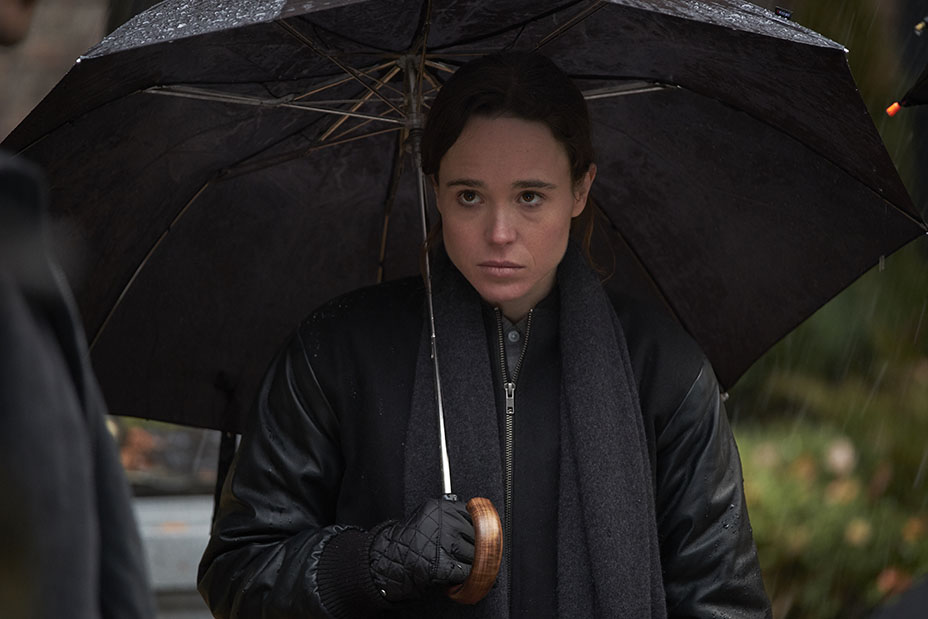 Blackman says that Way’s willingness to compromise and collaborate was key to the adaptation process, in which the latter was heavily involved: “Gerard lived with [the comic] for so long, and a lot of the time people in that situation will come in with the attitude of ‘You can’t touch a thing, this is sacrosanct’. But Gerard was incredibly open to suggestions, and we collaborated well on expanding it, because my goal and Netflix’s goal was to bring a much bigger audience to this thing, and for someone who’d never heard of The Umbrella Academy to find something they love in the show.”

Way’s main concern was retaining the strangeness and uniqueness of his story, even as the show aimed to reach a broader audience. “One of the things I’m happiest about that Steve did is he kept all the weird ideas, and the ones he couldn’t keep, he just altered slightly,” he says. Many of the biggest changes came down to making the show more visually grounded than the comics. An example of such a choice: the school uniforms worn by the Umbrella Academy in the days when they’re headline-grabbing celebrity superheroes.

“Initially,” says Way, “we had very different ideas of what the uniforms were going to look like, and Steve had a direction he wanted to take them that would be a bit more grounded.”

A bigger change was in the character of Luther (Tom Hopper), who in the comics is a man who has had his head transplanted onto the body of a Martian gorilla. The series takes a different approach, while keeping Luther’s hulking form.

“The way Steve adapted that character onscreen was amazing to me, just in terms of making his body make more sense,” says Way. “There’s a real sadness to that character in the show, and a kind of naivety and innocence and boyishness that I love.”

Blackman worried that Luther’s physicality as depicted in the comics risked alienating viewers: “In the graphic novel he’s in a spacesuit the whole time, and I worried that would distract from people understanding his character. I put him in clothing in a way that still allowed us to tell this tragic backstory about how he became what he became, because of their dad. It allowed Luther to function in more of a grounded way in this world.” 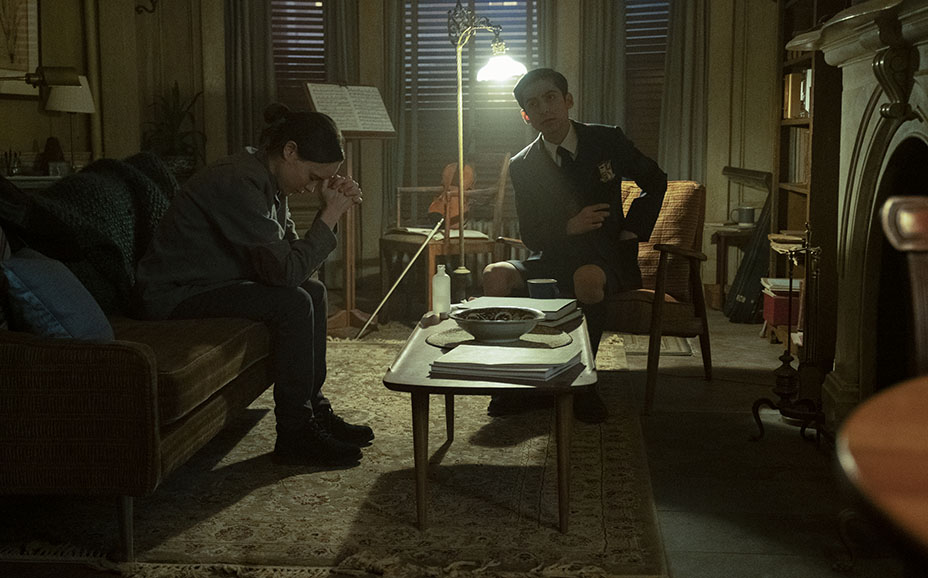 Beyond the Netflix series, Way is still actively working on the Umbrella Academy graphic novels. The third series began releasing issues last year, and a total of eight are planned. If the show performs well for Netflix, he and Blackman are hopeful for a similar run onscreen.

“Steve keeps me involved, and he keeps Gabriel involved,” says Way. “He’ll explain to me his version of something from the book that maybe works a little differently [on screen], and I’ll give him my honest feedback. As soon as Steve told me his vision for the show, and how he wanted to keep the core of that family dysfunction and the characters being the most important thing, I knew that if he got that part right, he could do other things differently.”

Despite the early possibility of a film adaptation, Way acknowledges that it’s now hard to imagine Umbrella Academy working in any format other than television.

“In a lot of ways, [streaming] is the ultimate creative freedom,” he says. “You always need some kind of limitations, so of course there’s budgetary limitations, but overall Netflix are really creator-friendly, and they really supported Steve’s vision of the show.”

Blackman adds that there was never any pressure to mold the show into a more conventional superhero narrative: “We never talked about ‘too weird’. It was always: how weird can we get? How subversive can we get?”