Ellie Kemper’s Kimmy goes to work in the opening sequence of the first episode from the upcoming fourth season of Netflix’s Unbreakable Kimmy Schmidt.

The promo, released Thursday and made to look like the main title sequence for a sitcom called “Little Girl, Big City” and set to a song of the same name, features Kemper’s Kimmy cheerfully getting dressed for work, pantsuit and all, strutting outside in her coat and beret. On her way to the tech company she now works for, Giztoob, she stops to toss her beret into the air, Mary Tyler Moore style, only to see it get stuck in a tree full of hats.

When she makes it to the office, she greets her co-workers, including a Yuko robot. But her boss Zach (Noah Robbins), whom Kimmy met during her time at Columbia, brings the fun to a screeching halt, literally, when he instructs her to fire a tardy co-worker.

Kimmy Schmidt co-star Jane Krakowski sings “Little Girl, Big City,” which was written by Jeff Richmond and Sam Means, who serve as executive producers on the comedy, with Richmond (aka co-showrunner Tina Fey’s husband) also composing the music for the show.

“Our characters are not fully aware exactly of what’s going on in the world, for various reasons,” Carlock told THR. “But [the #MeToo movement and wave of sexual misconduct claims are] very present, especially in the first half of the season as we’ve talked about it. Kimmy [will be] confronting some things in a workplace. It’s the first time she’s ever been in a workplace, and that changes the rules. That movement, whether we talk about it expressly or not, is very present in how Kimmy looks at the world, and you talk about someone who represents the relief of that happening and [the sense that] hopefully it’s not too late for other people.”

As for lighter subjects viewers can look forward to in the new season, Carlock hinted that fans would “see Mikey again,” nodding to a possible return appearance by Titus’ (Tituss Burgess) ex-boyfriend, played by Mike Carlsen.

“We’ll have a lot of singing,” he teased. “Kimmy will be dressing increasingly like a human adult. Eventually everyone will be happy.”

Shortly after Netflix released the promo and photos, sources confirmed to THR that the upcoming fourth season of Kimmy Schmidt (split in 2 parts) will be its last, but there are talks of doing a movie after season four. Filming is only halfway complete on the season, delayed so that Fey could launch her Mean Girls musical on Broadway. The ongoing production and talks of a wrap-up movie all indicate that the ending won’t be abrupt.

The first six episodes of season four will start streaming May 30, with the second half set to air later this year. Watch the full “Little Girl, Big City” promo above. And check out the five photos from season four below. 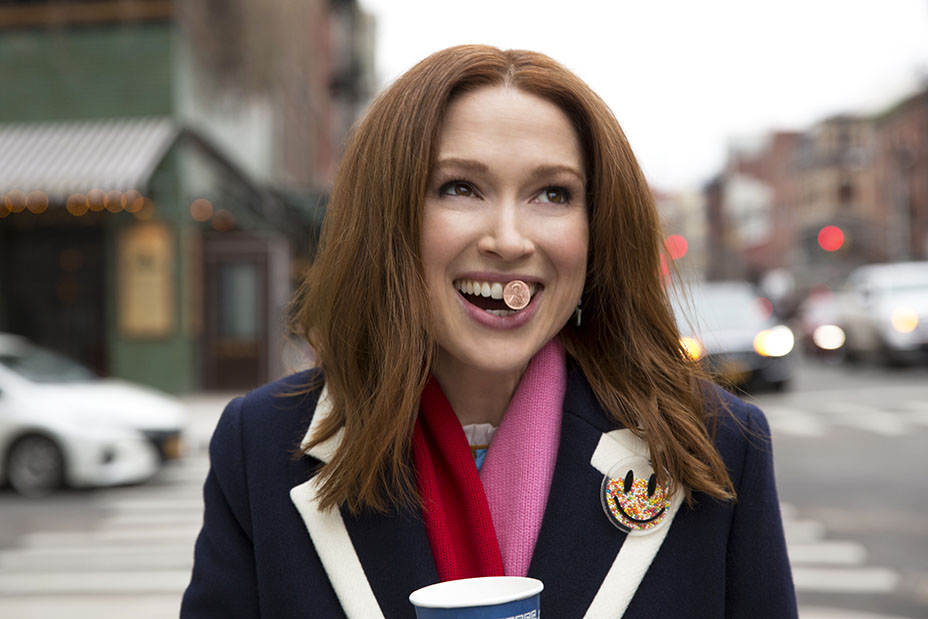 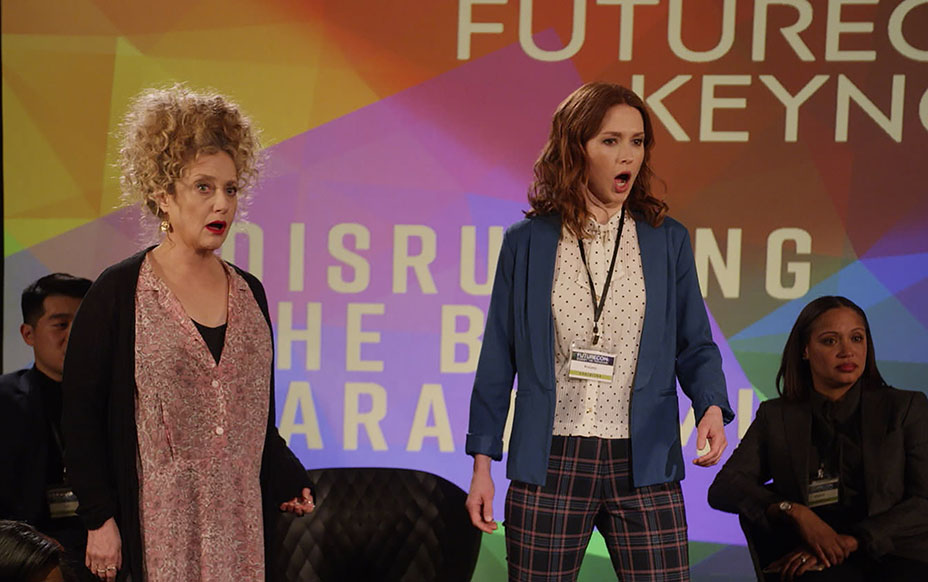 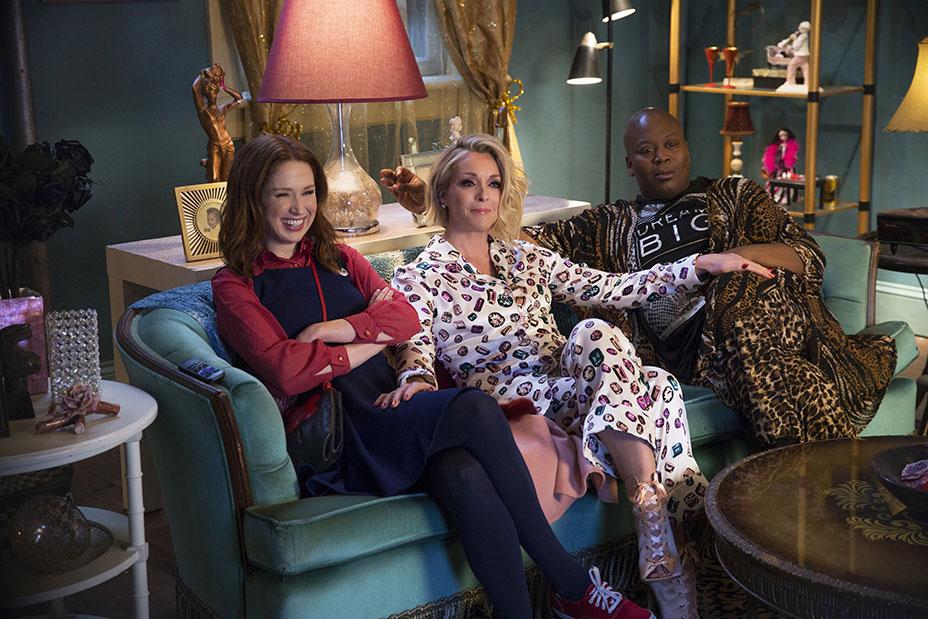 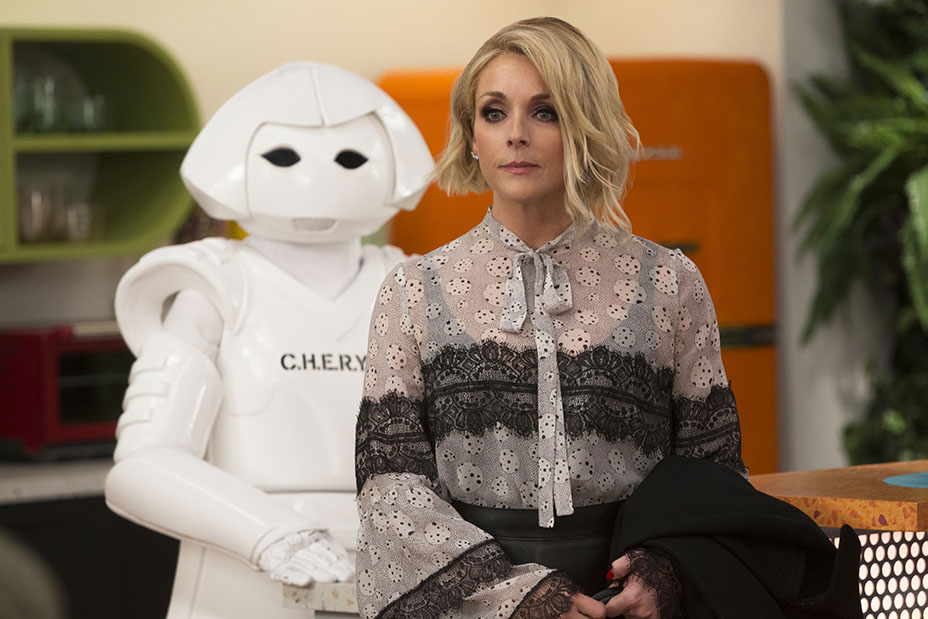 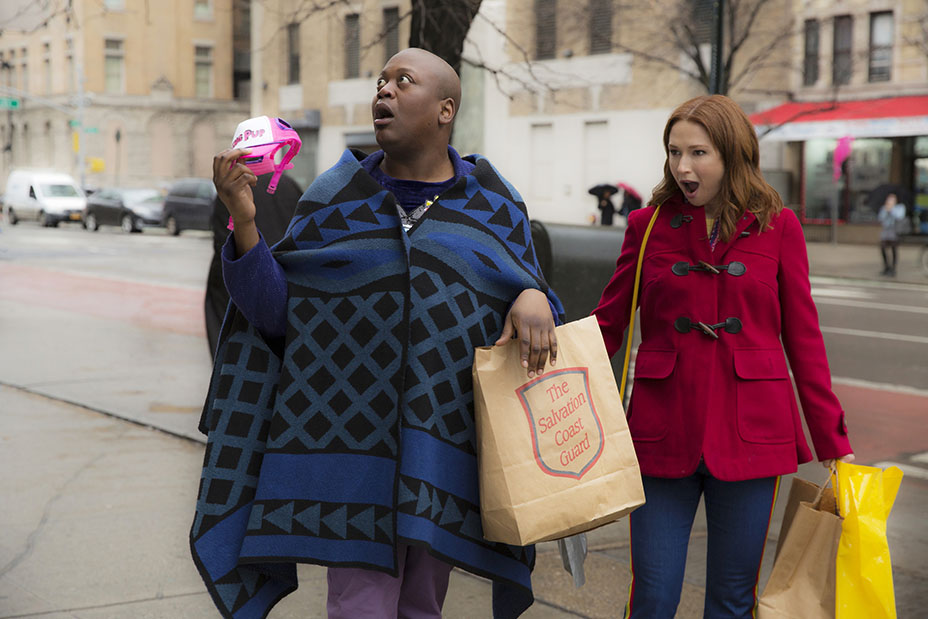 May 3, 2:57 p.m. This story has been updated to note that the fourth season of Kimmy Schmidt will be its last.