[This story contains spoilers from the series finale of The Vampire Diaries.]

The Vampire Diaries has come to an end — The CW hit just aired the final episode of its eight-season run — but that doesn’t mean the story is over.

Co-creator Julie Plec tells The Hollywood Reporter that she already has an idea for another TVD spinoff (The Originals will debut its fourth season on March 17).

Friday’s series finale alluded to “another story” for character Caroline Forbes (Candice King), who ends up opening a school for supernatural children like her own — funded by none other than her former love, Klaus (Joseph Morgan). While the duo will not interact on the upcoming season of The Originals, they potentially could in the future.

“Obviously our timelines did not match up, so Caroline and Klaus are not coming face-to-face in this season. That being said, we do have crossover elements in the upcoming season of The Originals that’s about to start airing, and it all brings it back to what I see as a future for either The Originals or another piece of the franchise to launch off of the end of The Originals. So I look forward to being able to play around in that sandbox and see if I can make something of it,” says Plec. 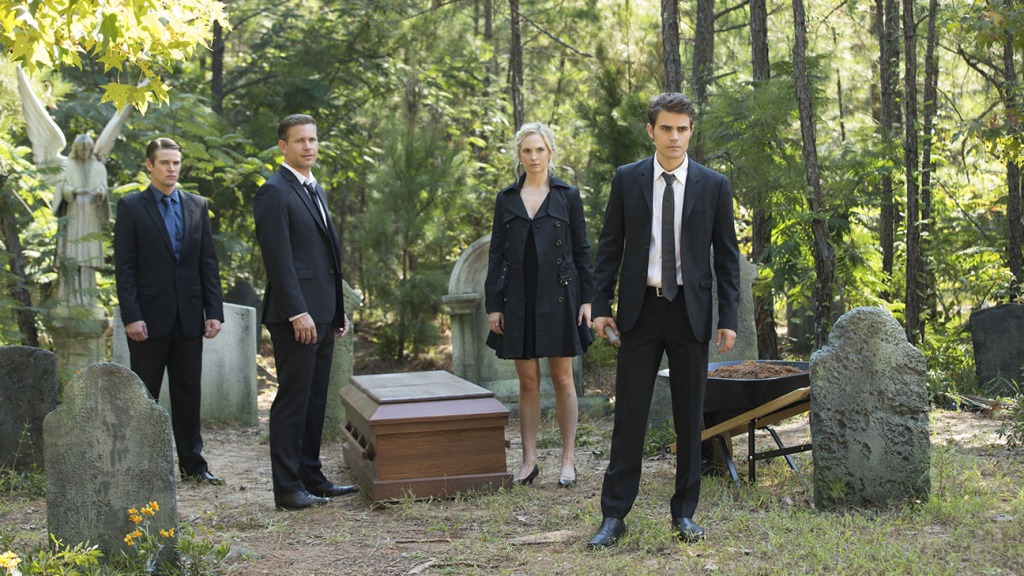 While Plec isn’t actively working on the spinoff, she does plan to start after she takes a break. “There’s a lot of different things floating around in my head,” she says, “and the first thing I’m going to do is not write and take a vacation. And then, when I come back on the other side of that, I’m going to go back to work.”

The CW president Mark Pedowitz told THR this week that the fate of The Originals is not tied to TVD, so the show could potentially continue beyond the upcoming season. “Look, the show stands on its own. We have not premiered it yet; it’s a week away,” he said. “This will be a decision we make in the May scheduling. But I hope to be able to announce at the May upfront that it’s returning. That’s my hope.”

As for the second spinoff, he added, “Julie and I have only had casual discussions about it. I actually guessed what her plans were in one of our casual discussions. I saw them coming. I think that is a discussion that we can have as we go into development. I think she had it set up the right way.”

To clarify: He’s not ruling anything out.

The Originals premieres Friday, March 17, at 8 p.m. on The CW. Would you watch another Vampire Diaries spinoff? Sound off in the comments section, below.