The series finale of The Vampire Diaries is going to be epic — so epic, in fact, that it’s part of the title: “I Was Feeling Epic.”

Friday’s penultimate episode of The CW series featured a long-awaited wedding between vampires Stefan (Paul Wesley) and Caroline (Candice King) — an event that, while hastily thrown together in an attempt to trap evil doppelganger (and current ruler of hell) Katherine (Nina Dobrev), was the real deal between the characters and was even mentioned in the show’s pilot. “We’re planning a June wedding,” Caroline joked when discussing the new kid at Mystic Falls High School. But later, once the characters began dating and Stefan proposed, it became real.

Wesley told press, including The Hollywood Reporter, that he knew once the proposal occurred that they would actually go through with the wedding. “If we hadn’t gotten married, I thought it’d be a real twist. Once you dangle that carrot, I was like, ‘We’re going to have to get married here,'” he said. Besides, co-creator Julie Plec wouldn’t torture longtime viewers that way. “Julie’s way too nice of a person,” Wesley added. “She wouldn’t do that.”

Ahead of next week’s series finale, here’s a primer of every character return, major plot point and other information that will come in handy while watching the 171st and final hour of the long-running CW supernatural series.

What’s Happening in the Episode

The group will have to take down Katherine, who was killed in season five after ingesting a cure for vampirism and subsequently sent to hell. That will happen thanks to a magical bell forged by Matt Donovan’s (Zach Roerig) Maxwell descendants, that, upon its 12th ring by a Maxwell family member, will open a gate to hell (and burn its surroundings with hellfire). Katherine enlisted Matt’s dead sister, Vicki (Kayla Ewell), to return from hell and ring it.

Since one-third of the initial love triangle is off the market, that leaves Damon (Ian Somerhalder) and Elena (Dobrev) to live happily ever after — once Elena is awakened from the magical coma she was placed in at the end of season six.

As previously reported, Dobrev is back for the final episode. “I’m thrilled to bring this show to an end the way we always intended — with Nina back to help us say goodbye,” Plec said. Added executive producer Kevin Williamson: “I’m so excited to have Nina back to ensure our farewell episode is truly epic!”

Wesley told THR that it was only fitting to have Dobrev back. “It would be very strange to not have Nina come back for the finale. The whole story is about two brothers, essentially … fighting over a girl. There’s a zillion other storylines, but I felt like it would have been a real shame for the fans and for the show to not wrap that up to a degree.” 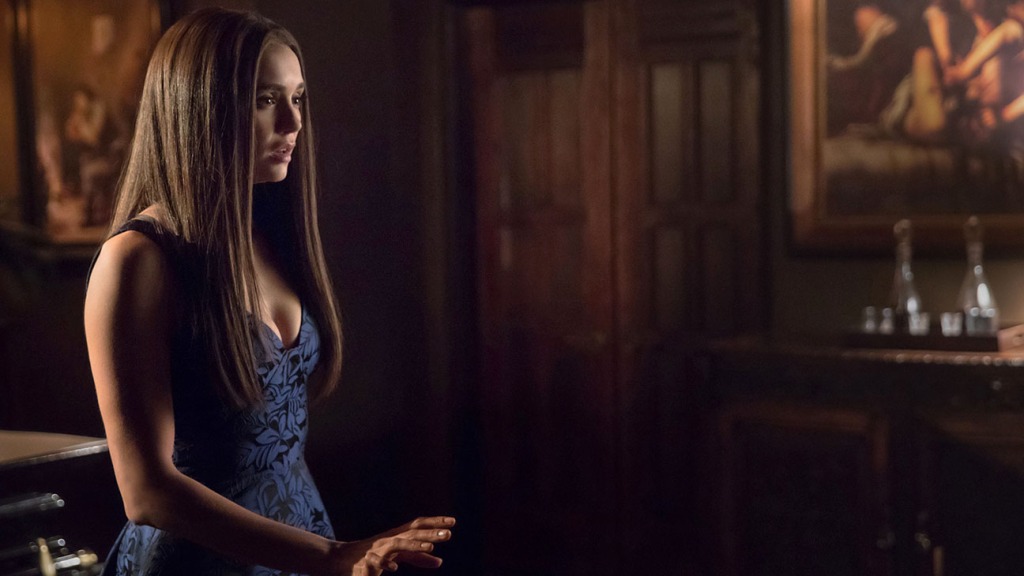 Ewell, obviously, will be back, along with Michael Malarkey as Enzo and Michael Trevino as Tyler (who were both killed earlier in season eight). Steven R. McQueen will also be back as Elena’s little brother, Jeremy, and David Anders teased that he’ll also return to reprise his role as Elena’s birth father, John, who was killed in season two.

“I think it was very fitting,” Roerig said of the returns. “We started the pilot with them and, obviously, we picked [Malarkey up] along the way. It was nice having Kayla come back, just as a friend, but also to work with her again.”

There’s a huge death in the finale, and “it’s definitely a main character,” Wesley confirmed. While death can be fudged on a supernatural show, he was relieved that TVD will end with something permanent. “You have to pay it off,” he said. “Someone needed to die. If someone had not died, I would have been disappointed.”

'The Vampire Diaries': 7 Things That Need to Happen in the Final Season

Ahead of the finale, there’s a one-hour retrospective looking back at TVD‘s history, which means the last episode is only an hour long. But Somerhalder promised that there’s a lot packed into that single hour. “From a story standpoint, I was blown away. I thought, ‘Wow, they actually summed it all up into one 44-minute piece,'” he said. Added Wesley, “It’s satisfying.” 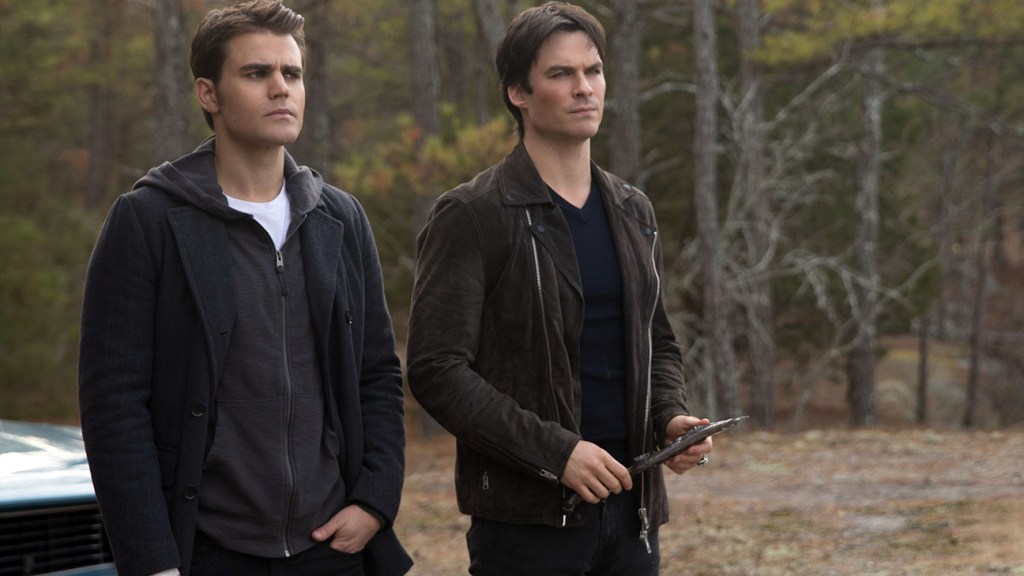 This is the last time viewers see the Vampire Diaries cast as their characters. “I’m closing the chapter,” Wesley confirmed. Added Somerhalder, “In 10 years, I’m going to be living probably on a ranch in Wyoming and you’ll never hear from me again. It’s good to close this chapter … there’s something beautiful about closure.”

Besides, there’s only so long the duo could have plausibly played eternal teenagers. “It’d be funny if we did a reboot. We’re all old as shit! Gray hair. ‘Ah, Stefan!’ No, that wouldn’t work. Stretching it as it is.”

The Vampire Diaries series finale airs Friday, March 10, at 9 p.m. ET/PT on The CW. Stay tuned to THR‘s Live Feed for more coverage before and after the show’s final episode.