Van Williams, who portrayed the masked crime-fighter The Green Hornet in a memorable but short-lived companion TV series to Batman in the 1960s, has died. He was 82.

The actor, who earlier played bachelor private eye Kenny Madison on two Warner Bros. Television detective series, Bourbon Street Beat and Surfside 6, died Nov. 29 of kidney failure at his home in Scottsdale, Ariz., his wife of 57 years, Vicki, told The Hollywood Reporter. He had just one kidney since he was 25, she said.

In The Green Hornet, an adaptation of the radio serial that debuted in the 1930s, Williams starred as playboy editor/publisher Britt Reid, who inherited The Daily Sentinel newspaper from his father, who died in jail after being framed for a crime he did not commit. Reid donned a mask, fedora and long coat to battle the bad guys as the Hornet.

Maggie Peterson, Actress on 'The Andy Griffith Show,' Dies at 81

With Batman, starring Adam West and Burt Ward as the Dynamic Duo, enjoying huge popularity in its first season, that show’s 20th Century Fox-based executive producer, William Dozier, brought The Green Hornet to ABC, and it debuted on a Friday night in September 1966.

“When I was a kid I had actually been a fan of The Green Hornet when it was on the radio and in those serials at the theater, but I didn’t know if I wanted to star in a TV series like that,” Williams told interviewer Michael Barnum. “It was very similar to Adam West’s show … and seemed like something that would probably be the kiss of death to my career. You do that type of show and become so identified with it, like Superman’s George Reeves was, and you can never get away from it. But, my agency, William Morris, really wanted me to do The Green Hornet, so that is what I did.”

Williams and Lee also appeared on Batman in a “window” cameo and in a much-hyped two-part crossover episode during that show’s second season. However, viewers’ once-ravenous appetite for such comic-book fare faded quickly: The Green Hornet lasted just 26 episodes, leaving the air in March 1967, while Batman was done in March 1968 after its third season.

Williams pretty much retired from acting in 1982. He spent years as a reserve deputy with the Malibu station of the Los Angeles County Sheriff’s Department and worked for its search and rescue team. 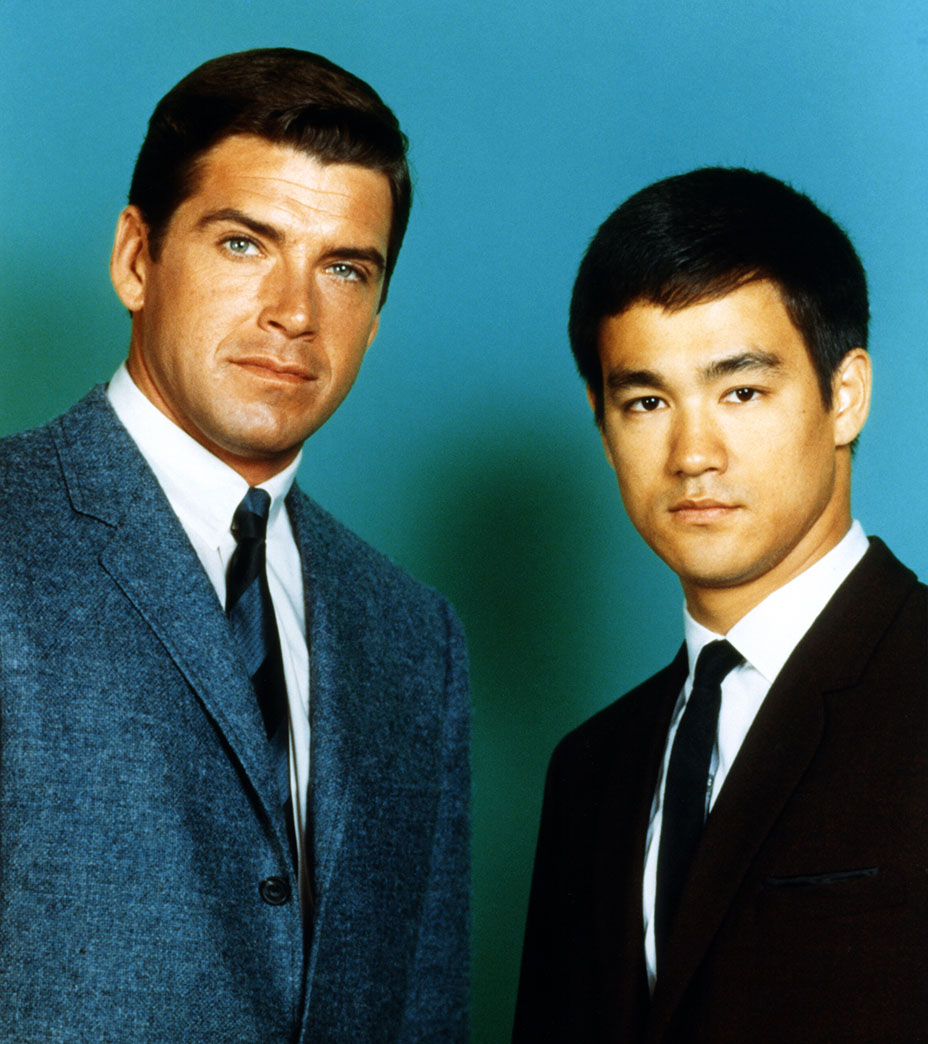 A native of Fort Worth, Texas, Van Zandt Williams grew up on a ranch. He attended Texas Christian University and later had a job as a skin-diving instructor in Hawaii when he met producer Michael Todd — the husband of Elizabeth Taylor and the Oscar-winning producer of Around the World in 80 Days — who convinced him he should try acting.

The dark-haired, blue-eyed Williams came to Los Angeles and was signed by Warner Bros., and he made his onscreen debut on a 1958 installment of General Electric Theater that also featured Ronald Reagan.

After appearing on episodes of Lawman and Colt .45, Williams was hired to play the young bachelor Madison — one of the private investigators who worked out of an office above a restaurant in New Orleans’ French Quarter — in Bourbon Street Beat. His character was the boyfriend of the secretary portrayed by former Miss USA Arlene Howell.

That show lasted one season (1959-60), but Warner Bros. brought Williams and his Madison character to Surfside 6, a series about another P.I. firm, this one working out of a houseboat in Miami. That show lasted two seasons.

In 1964-65, Williams played the assistant (and pilot) of an eccentric millionaire industrialist (Walter Brennan) on the ABC series The Tycoon.

After the swift demise of The Green Hornet, Williams starred in Westwind, a 1975-76 NBC Saturday morning kids show, as an underwater photographer who sailed around the Pacific with his wife, a marine biologist, and their two kids.

Williams acted rarely after that, appearing on such shows The Streets of San Francisco, Barnaby Jones, The Rockford Files and Mrs. Columbo. He appeared as the man directing the first episode of The Green Hornet in Dragon: The Bruce Lee Story (1993), toplined by Jason Scott Lee.

“I didn’t really care that much for the acting business,” Williams said in the Barnum interview. “I didn’t like the people in it, the way they operated and all the phoniness and back-stabbing. It was not a very pleasant education for a guy from Texas whose handshake was his word. Plus, I’d gone into acting looking at it as a business, not wanting necessarily to be a celebrity.”

Contrary to some reports, he did not have a cameo in the 2011 Green Hornet movie that starred Seth Rogen. “He wanted nothing to do with that movie,” his wife said.

Survivors also include his daughters Nina, Tia and Britt.