After seven seasons and 68 Emmy nominations, Veep signed off with a tragic and universally praised series finale for Selina Meyer (Julia Louis-Dreyfus) and her Washington gang. The final campaign nabbed nine noms, and the once-tough decision to wrap the HBO political comedy has only been further validated by the current election season.

“I think this is going to be a brutal, brutal election,” says showrunner David Mandel. “These last weeks, the rampant and open racism is so much worse than anything we ever did on the show. It speaks to why the show had to end.”

Though the time-jumping finale concluded with a funeral for former President Meyer, it also introduced the historic two-term President Richard Splett (Sam Richardson) as a hopeful nod to the country’s political future. “I am optimistic for the young people of America that they’ll figure things out,” Mandel, 49, adds while reflecting on bringing Veep to close. “In the great tradition of Veep not picking a side, I’m not going to bore anyone with mine. I just want people to register [to vote] — don’t sit on the sidelines.”

Your cast said the final joke of Veep would be one that no one would see coming. How do you go about pulling off that big of a surprise?

Some people were definitely thinking about a President Splett, but not in that same way that we did it. One or two people maybe thought of a funeral, just because that’s what happens sometimes in series finales. But nobody was expecting the Tom Hanks joke, and I’m very happy about that. So that was the triple surprise, I guess! What we really loved about the response was that, especially for the die-hard fans, to do a joke that is so looped back to the pilot was a nice journey. Not all jokes get to be as fulfilling as that.

Selina Meyer exploded the “likability” trope for female characters and became a true female antihero. What was the most unexpected challenge of turning her into a monster (one you still love) in the end?

The reason to make her the monster was to show there is a cost. That’s what is always interesting about male antiheroes: You have to put something in the machine to get the result you want. There was enough humanity in there still to show that she had to pay a price. But that she basically was prepared to do what we might expect from any male character, but would also pay the price and be able to reflect on her own humanity. I’m sure we lost some people who thought, “She’s getting so horrible, she’s so mean.” And I guess for anyone who felt that way, the finale was a bit of the answer to that. This was her trajectory, right or wrong, but she paid a price, and that was important.

There is pressure to stick a series finale landing. Are you relieved to see the response?

Much like taking over from Armando [Iannucci, Veep creator], you think about it a bit but you can’t let it in. I was editing it and editing it and, at some point, me, my editor, our exec producers, Julia and HBO all felt like, “Boy, this is a good show.” Not everyone always agrees. When people did like it, it wasn’t a relief, but it’s nice. If they hadn’t liked it, I’d be saying, “Just you wait, 10 years from now they’ll get it.” I wasn’t going to backtrack. This was the right ending not just for Selina but for every character. We spent a torturous amount of time figuring out the exact right ending for these people. And I’m really proud of every one of them. 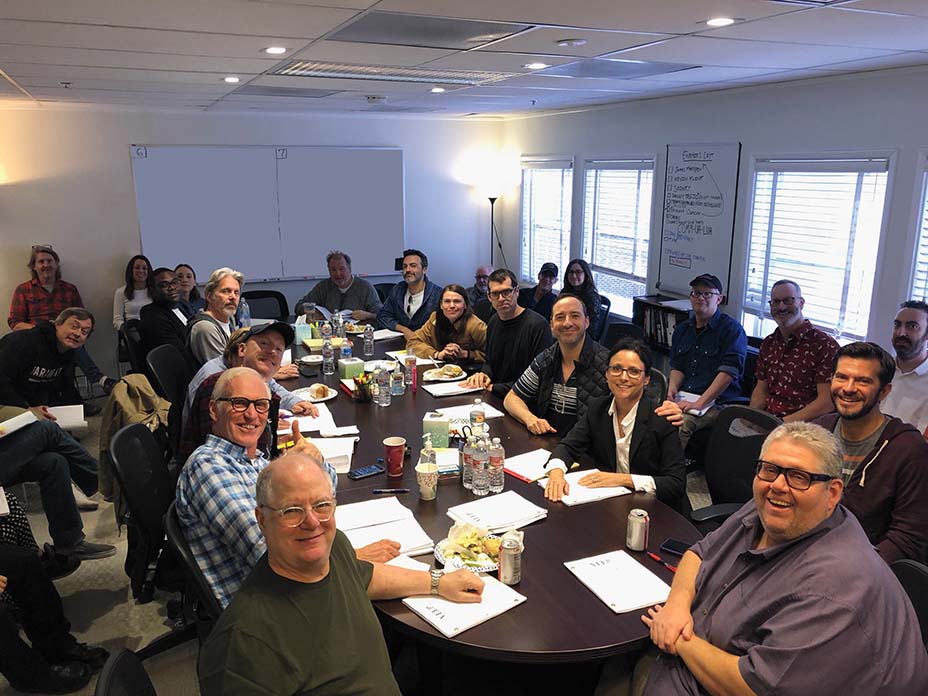 You plotted an intricate ending with so many Easter eggs and hints along the way. What did viewers miss?

If you go back and watch the six episodes leading into the finale, there’s a lot of extra stuff you will enjoy, knowing the ending. I like an Easter egg that you can enjoy, and then only later realize it’s an Easter egg. The joke has to stand on its own beyond the, “Oh my God, look, it’s that guy from that episode all those years ago.” I think the Tom Hanks joke — the idea of Selina getting bumped off the stage at the end and Mike McLintock (Matt Walsh) turning her funeral broadcast into a very long Tom Hanks tribute — that works even if Tom Hanks hadn’t been mentioned in episode one.

Do you have a favorite line from the final season?

It gets buried, but I so love it when Selina and Uncle Jeff (Peter MacNicol) are both screaming at Jonah (Timothy Simons). You can barely hear the lines within the screams, and I love them dearly. You need closed-captioning.

Who of your cast would fare best in a Democratic debate?

Whoever speaks the best Spanish!

When I last asked you about spinoffs or a sequel, you laughed. Now that you’ve had some time …

I’m still laughing at you.

After 68 nominations and 17 trophies (so far), this is Veep‘s final swing at the Emmys — and, perhaps, its Emmys to lose. The show took a year off in 2018, with final-season production delayed because of Julia Louis-Dreyfus’ battle with breast cancer, but absence seems to have made viewers’ and voters’ hearts grow even fonder of the three-time best comedy winner and its (gasp) eight-time Emmy-winning star. Louis-Dreyfus adding another golden feather to her loaded Emmy cap seems like a done deal. And while a series triumph isn’t as sure of a thing, it’s the safest bet in the category. —Michael O’Connell 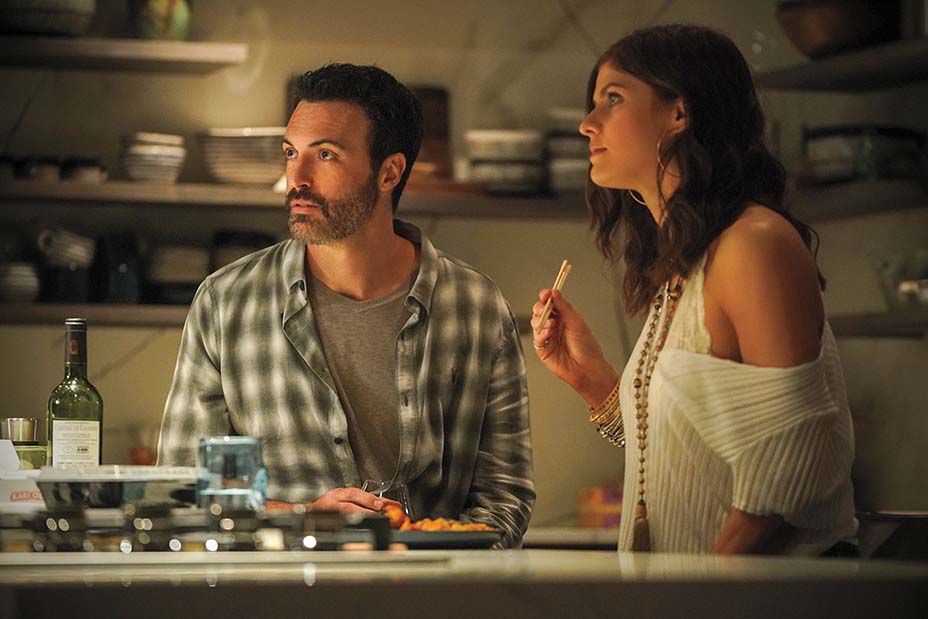 Many members of the cast already have set up their next projects, starting with Selina Meyer herself. Julia Louis-Dreyfus voice stars in Pixar’s Onward alongside Tom Holland and Chris Pratt. She also will move to the big screen with Downhill, an English-language remake of Force Majeure, the 2014 Swedish Oscar contender. Will Ferrell co-stars. Timothy Simons will be seen in Hulu’s Looking for Alaska, the latest John Green screen adaptation but the first for a TV series. Reid Scott, seen in Late Night this summer, booked his next TV gig on Marc Cherry’s darkly comedic drama Why Women Kill (pictured) for CBS All Access. And Tony Hale’s animated show Archibald’s Next Big Thing will see him reunite with Louis-Dreyfus and Gary Cole, who’ll guest star. —Tara Bitran