With HBO’s dominant comedy Veep absent this year, a slew of other female-driven shows are vying to take the three-time winner’s place in the best comedy series race. Among them are period pieces like Amazon’s new entry, 1950s-set The Marvelous Mrs. Maisel, and Netflix’s ’80s wrestling comedy GLOW, along with contemporary working-class series like Showtime’s SMILF and Netflix’s One Day at a Time. The rebooted Roseanne likely also would have been a part of the conversation, but ABC squashed its campaign after canceling the show May 29 due to a racist tweet by Roseanne Barr.

Grappling with sexual abuse and gender inequality, these shows’ characters are more relatable and relevant today than ever. It’s not that such series will be rewarded just for having a feminist message, but with the momentum of #MeToo and Time’s Up, there’s no question that topical themes raise a show’s profile and enhance its resonance.

Oddly, period pieces address the present moment in an especially acute way. They offer viewers the opportunity to feel and celebrate how far we’ve come, coupled with a nagging awareness of how little some things have changed.

Amy Sherman-Palladino’s Mrs. Maisel, which already has earned the 2018 Golden Globe for comedy series, has become a frontrunner based on its lead, Midge (Rachel Brosnahan), a 21st century heroine plopped into a less enlightened time. While Midge has internalized the values of the 1950s — even wearing makeup to bed so her husband won’t see her natural face — she finds her identity and career as a stand-up after her husband leaves her, delivering empowering onstage rants about gender inequality that still ring true today. “Why do women have to pretend to be something that we’re not?” she asks in her fledgling stand-up act. “Why do we have to pretend to be sorry when we have nothing to be sorry about?” 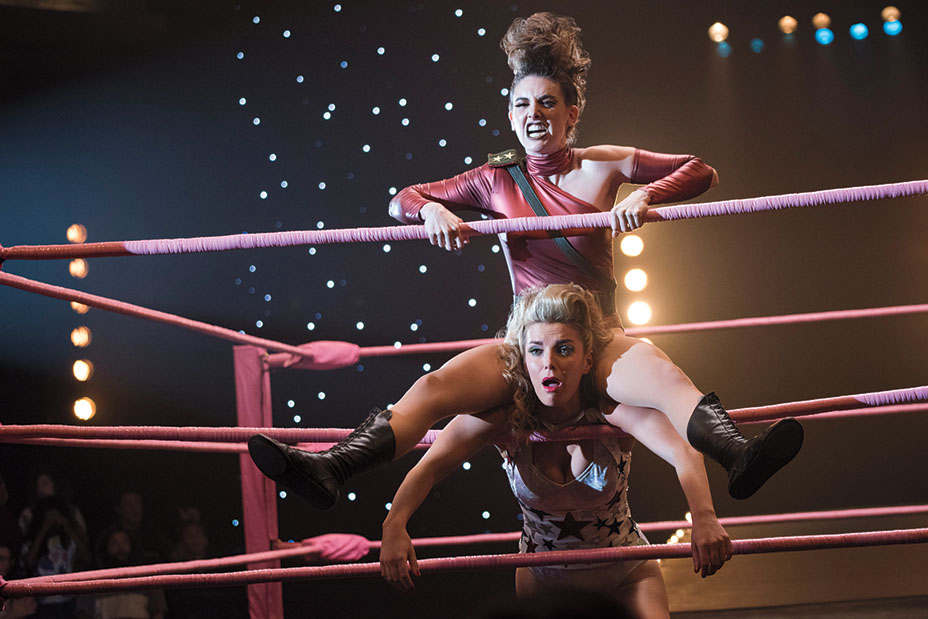 GLOW, created by Liz Flahive and Carly Mensch, also captures an earlier era, the 1980s, yet feels pertinent as Ruth (Alison Brie), a struggling actress, bemoans how few great roles there are for women onscreen. But the show, which premiered before #MeToo, now lands with a weightier social current. Marc Maron’s character, the wrestling show’s producer, is a casual sexist who jokingly asks the women auditioning to list special skills, including “favorite sexual positions.”

Ruth’s mistakes (she had an affair with her best friend’s husband) also make her believable. Bridgette, the single mother Frankie Shaw created and plays on Showtime’s SMILF, is even more of a mess. In the pilot, she leaves her sleeping toddler alone while she runs to a bodega to buy junk food because she has an eating disorder. Through the season, Shaw deepens the character, who is devoted to her child yet determined to claim her own future, even chasing after her dream of playing professional basketball by finally trying out for the team. 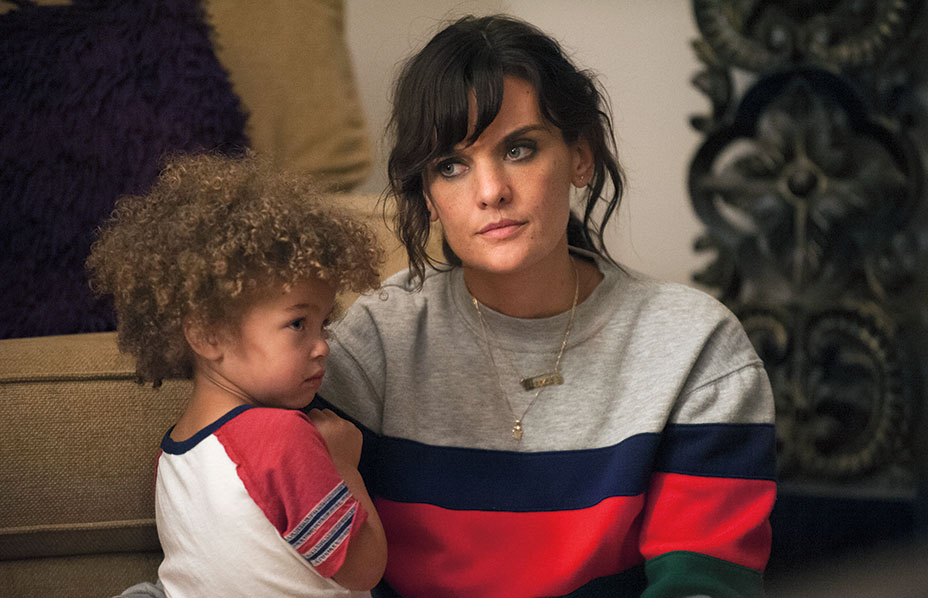 SMILF has wit and a light-handed tone but deals with substantial issues, including Bridgette’s childhood sexual abuse by her father. In one scene, Rosie O’Donnell, in a richly written and acted role as her mother, explains that she tried to have her ex-husband arrested at the time, “but nobody would help me” — a timely echo of the words that many sexual assault survivors have been saying as they share their own stories. And One Day at a Time, which centers on a multigenerational Cuban-American family led by a single working mother (Justina Machado) and a granny (Rita Moreno) who becomes a U.S. citizen, also landed its second season in a timely moment as a national debate over immigration roils.

Still, to win the Emmy, these series will have to take on the audacious, heavily favored Atlanta, which has a decidedly male POV. And you can’t count out perennial nominees like Unbreakable Kimmy Schmidt (Netflix) and Black-ish (ABC), or NBC’s Will & Grace reboot. But whatever show takes the 2018 prize, when Veep returns for the 2019 race, it will arrive in a new awards landscape galvanized by heroines following Selina Meyer’s gutsy lead.