Legendary animator Chuck Jones once said, “June Foray is not the female Mel Blanc. Mel Blanc was the male June Foray.” High praise indeed, and high praise there was in abundance at the Samuel Goldwyn Theater on Tuesday night — one day after what would’ve been June Foray’s 100th birthday — as nearly a thousand of her closest friends, co-workers and family members gathered to share warm and funny stories about the First Lady of Animation.

For those who might have trouble placing the name, Foray, who died July 26 at age 99, was the Emmy-winning voice of Rocky the Flying Squirrel, Natasha Fatale, Granny (of Tweety Bird fame), Cindy Lou Who, Nell Fenwick, Jokey Smurf, Lucifer the Cat (from Disney’s Cinderella), Grandmother Fa (from Disney’s Mulan) and two very famous — yet very different — talking dolls: Mattel’s Chatty Cathy and The Twilight Zone’s Talky Tina, just to name a handful of the thousands of voices she created in her remarkable 80-plus-year career.

Among the many eager to pay personal and professional tribute were Nancy Cartwright (the voice of Bart Simpson), Bill Mumy (who spoke of June’s guest appearance on an episode of Lost in Space), animation historian Charles Solomon, Teresa Ganzel (The Duck Factory) and a surprise guest — Lily Tomlin — who won a voiceover Emmy in 2013 the same night June received the Governors Award. Tomlin said of Foray, “The characters she played were so much more than cartoons; they were our friends.” 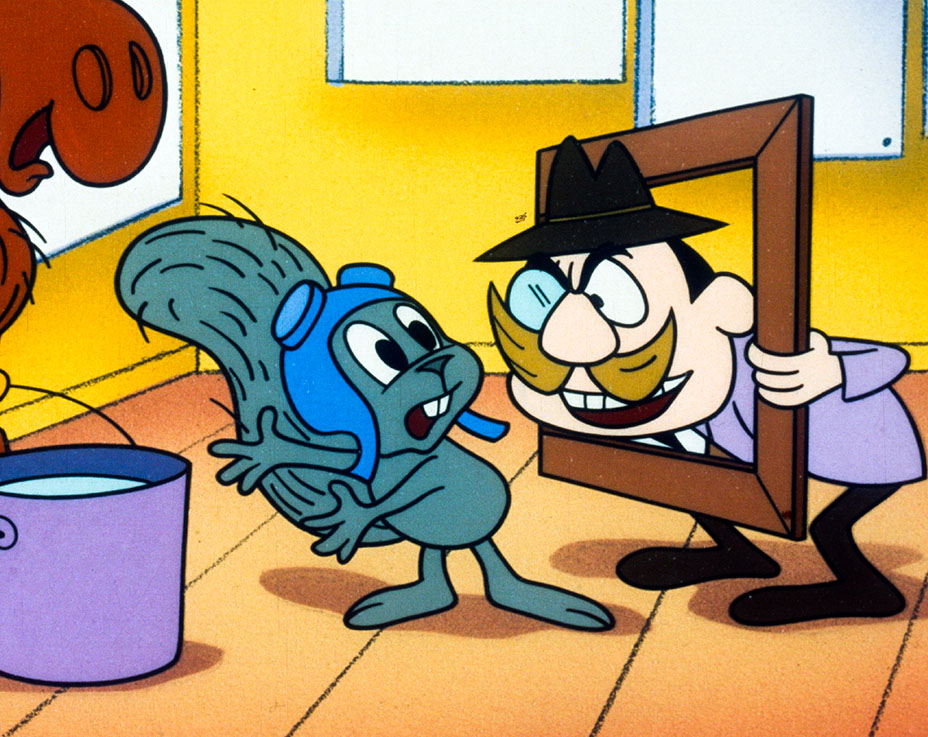 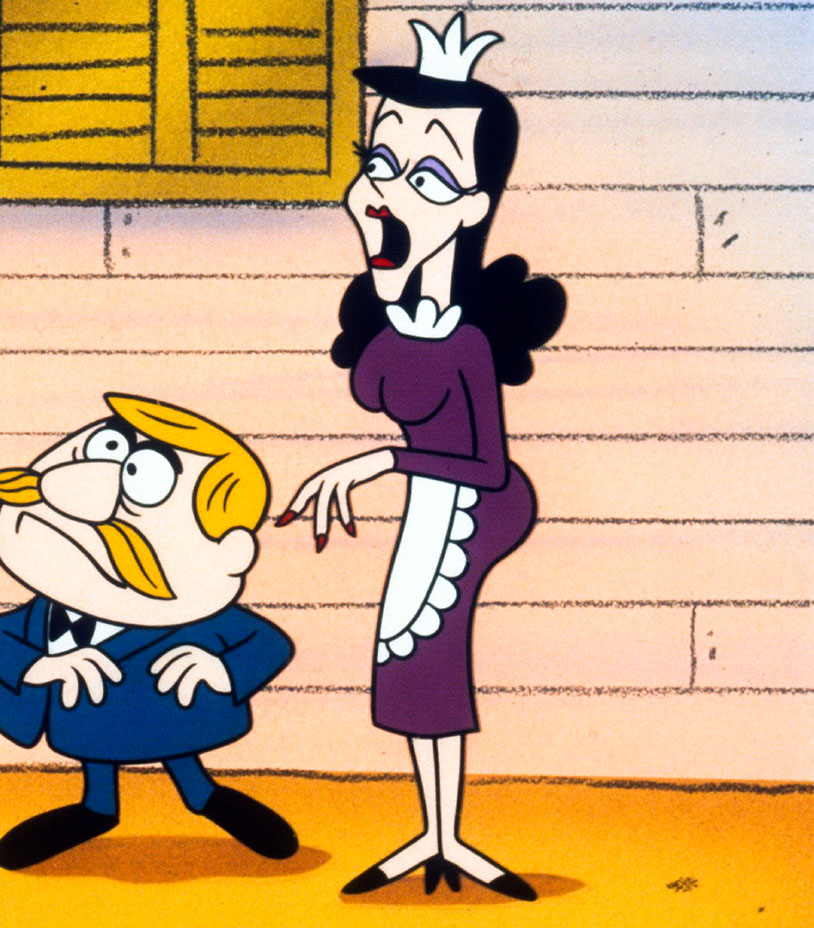 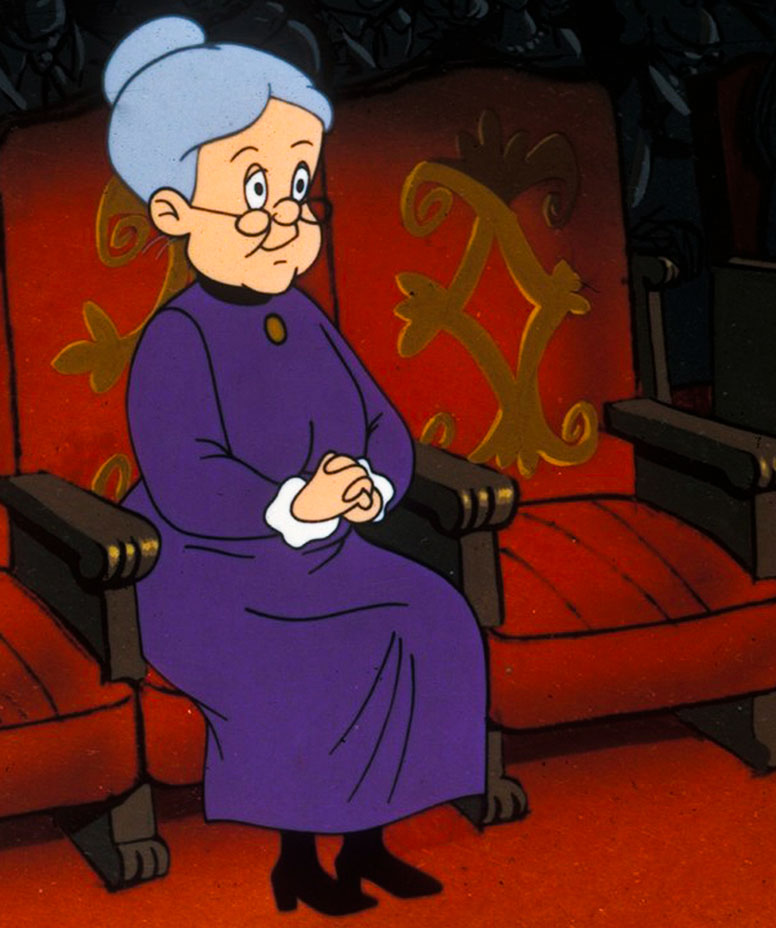 June Foray, Voice of Rocky the Flying Squirrel, Dies at 99

Laraine Newman — who described the flamboyant Foray’s typical attire as a gold-lamé patent-leather pantsuit with matching gold-lamé go-go boots and cap — once appeared with her on a podcast on which she described Foray as a sort of Paris Hilton to her Kim Kardashian.

Everyone spoke of Foray’s tireless dedication and professionalism, adding that she would always show up to a recording session at least an hour early. Many of the female voice actors described Foray as an early inspiration and role model, one commenting, “All of the women working in animation today are standing on the giant shoulders of this tiny woman.”

Foray was, in fact, a tiny woman, standing all of 4-foot-11. She was born on Sept. 18, 1917, in Massachusetts — Springfield, to be exact — an irony not lost on The Simpsons voice actor Cartwright. At age 12, Foray began working in radio and was already a seasoned veteran by her late teens. Radio led to voicing gigs for Capitol Records, which, in turn, led to animation work in film and, later, television at Disney, Warner Bros., MGM, Hanna-Barbera and, significantly, Jay Ward Productions, where she voiced every female character on Rocky and His Friends and The Bullwinkle Show, including innumerable witches and princesses in Fractured Fairy Tales.

Animation historian Jerry Beck supervised the fun and fascinating film and TV clips, highlights of which included a rare 1953 Ed Sullivan’s Toast of the Town show on which Foray, Stan Freberg and Daws Butler performed their famous Dragnet parody on live TV, as well as a scene from a 1955 Johnny Carson Show on which Foray played Carson’s harried wife, and a 1967 episode of Green Acres, with Foray guest-starring as a Hispanic switchboard operator. 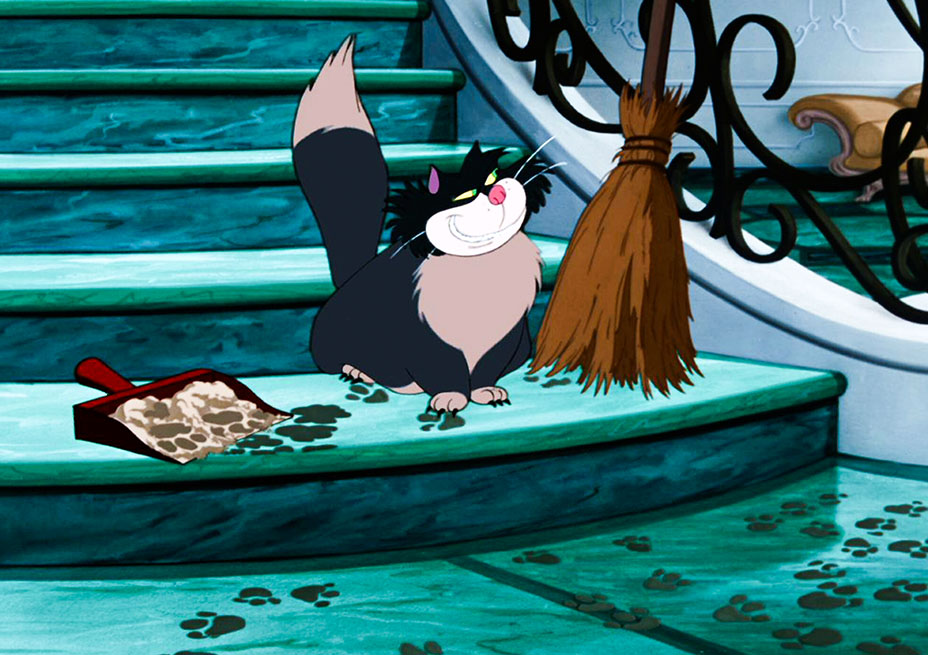 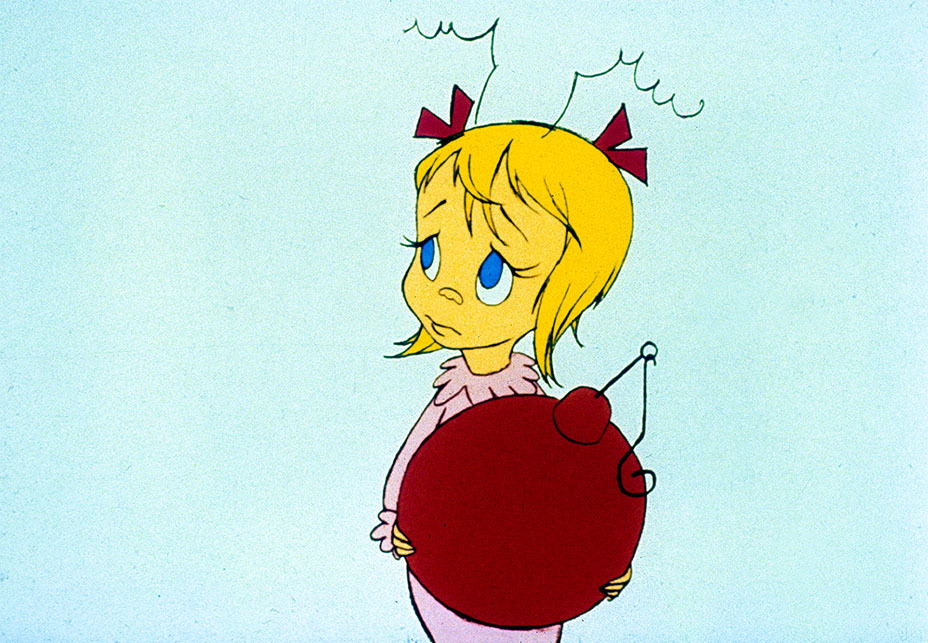 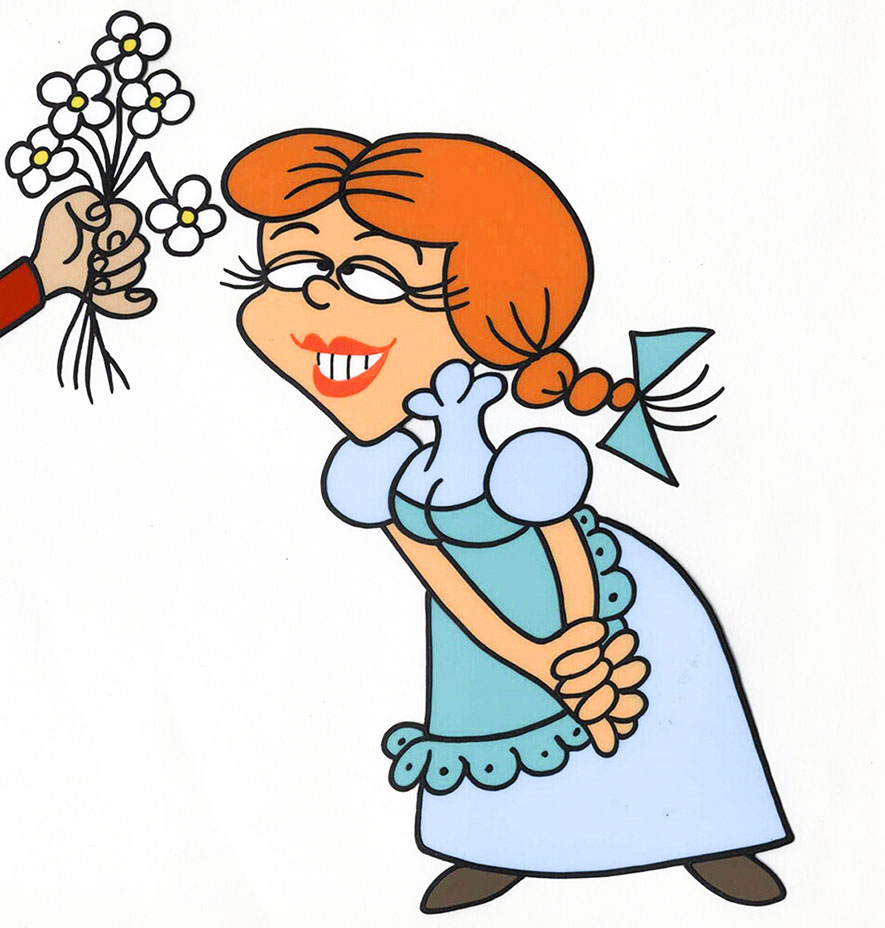 Between an endearing 1960 Chatty Cathy commercial and an unsettling scene from the 1963 “Living Doll” episode of The Twilight Zone, there was an on-camera clip of Foray from the documentary The One and Only June Foray discussing how she came to appear on Rod Serling’s iconic show.

Foray was also saluted for her tireless efforts to engender more respect for the world of animation as a founding member of the American branch of ASIFA (Association International du Film d’Animation), which produces the annual Annie Awards, and she is credited with helping to establish the Academy Award category for best animated feature film.

As a grand finale, Evanier invited a number of animation actresses who had been inspired by Foray’s pioneering work to come up onstage and pose for a sort of “class photo” (below) flanking a large portrait of Foray in her natural habitat — seated at a microphone.

Evanier remarked that Foray’s career began in the Golden Age of Radio in the 1930s and continued up to and including video games. After nearly two and a half hours of affectionate anecdotes, rare photos and wonderful clips spanning most of the 20th century and part of the 21st, Evanier commented, “You’ve just seen samples of about one one-hundredth of everything June ever did.” Hokey smokes, indeed. 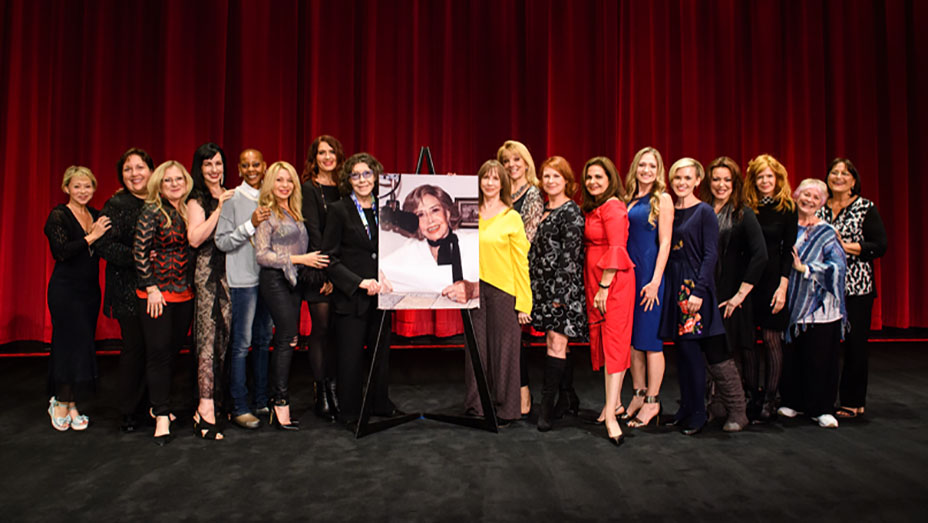 Steve Stoliar is the author of Raised Eyebrows: My Years Inside Groucho’s House.