[This story contains spoilers for season nine, episode 12, of AMC’s The Walking Dead, “Guardians,” as well as major spoilers from the comic books on which the show is based.]

The Walking Dead universe’s new villain isn’t messing around as evidenced in the latest episode’s most violent scene, and indeed one of the most gruesome moments in recent memory: Whisperer queen Alpha (Samantha Morton) asserting her dominance by decapitating a rival in cold blood — a stomach-churning demise on its own, but one that speaks volumes about where the series may head next, if you’ll forgive the poor choice of words.

In “Guardians,” the audience gets a front-row look at how the Whisperer community operates, including the nauseating process of how these undercover zombies secure their fleshy disguises. But the most sickening twist of all occurs midway through the hour, when two Whisperers publicly throw down against Alpha. It does not go well for either of these challengers, as Alpha severs one’s head with a razor wire, gifts it to the survivor, then immediately kills him as well.

The decapitation is easily one of the most disturbing instances of violence in Walking Dead history, let alone recently, and it’s especially disturbing for fans who have read the comic books from Robert Kirkman and Charlie Adlard. Warning: major spoilers from the comics are ahead. 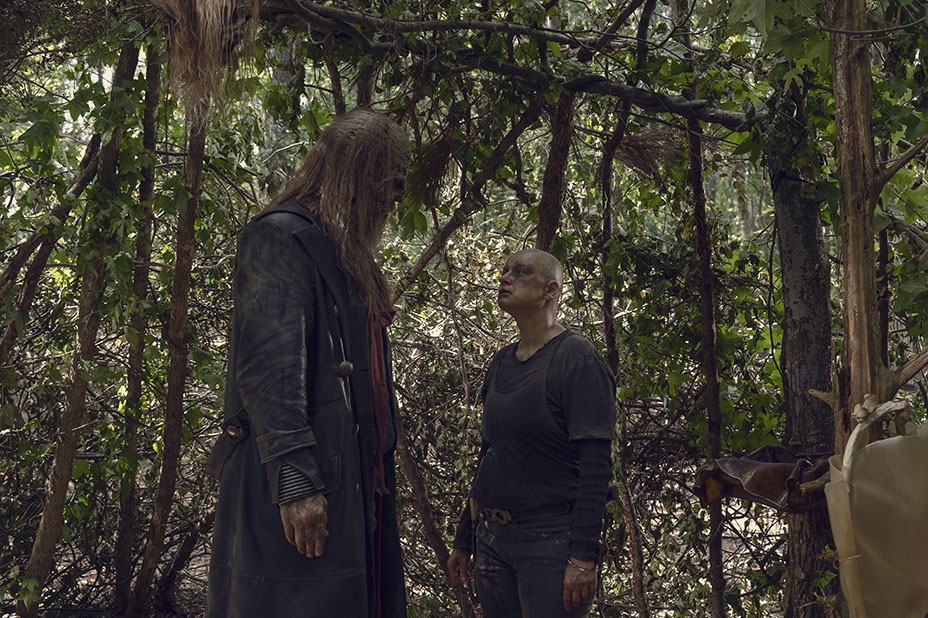 Assuming showrunner Angela Kang plans to follow the cues from the comics, season nine (and likely 10) of The Walking Dead still has a few major deaths up its sleeves, involving grisly decapitation. In the comics, the Alexandria Safe-Zone throws a fair, as has been teased on the show. During the fair, the Whisperers abduct certain members of the community. Rick Grimes (Andrew Lincoln) and his allies eventually discover their missing friends’ zombified heads skewered on spikes, marking a border wall between the Whisperer and Alexandria communities.

In the comics, both Ezekiel (Khary Payton) and Rosita (Christian Serratos) are among the dead. It’s never shown how they die, or even that they’re abducted; the sight of their severed heads is enough on its own. In light of “Guardians,” we now see how easily Alpha can decapitate her enemies, an act that takes place in no more than five seconds. It makes the possible grim future Ezekiel and Rosita face even harder to consider, especially for Rosita, whose pregnancy has become a major story point for boyfriend Father Gabriel (Seth Gilliam), the baby’s actual father Siddiq (Avi Nash), as well as Eugene (Josh McDermitt), the man who wishes he were Rosita’s boyfriend and the father of her child.

The series may veer away from killing Ezekiel and Rosita in this fashion, though some form of the grisly incident is likely, given how much attention the drama has lately devoted to the subject of the fair. But their deaths aren’t the only potential decapitations on the horizon: Alpha herself may wind up losing her head if the show follows the source material, by none other than another iconic villain… 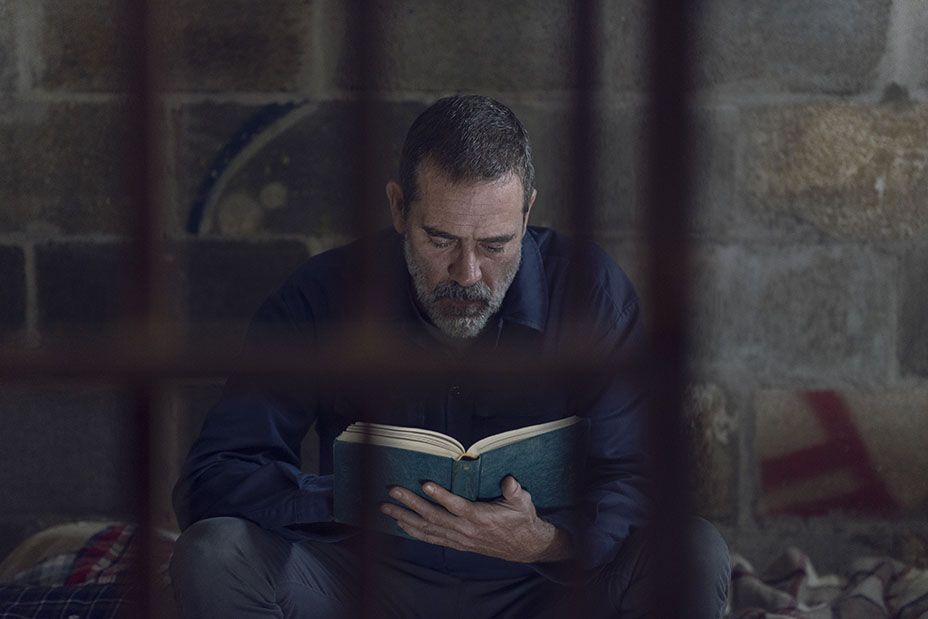 …Negan (Jeffrey Dean Morgan), who spends his one scene in “Guardians” volunteering his services to the Alexandria cause. In the comics, Negan escapes prison and infiltrates the Whisperers. He cozies up with Alpha, manages to get her to open up about her insecurities as a mother and as a leader — and as she reaches her most vulnerable point, he assassinates her and removes her head, as a twisted way to show his loyalty to the Alexandrians.

Will such an event occur on the show? If it does, don’t expect it until season 10. Even then, the Alpha of the AMC series has already proved herself to be more ruthless and cold-blooded than the one of the comics, a difficult person to surprise. Even if Negan makes the move, there’s no telling that he’ll be able to get the drop on Alpha.

What’s more, if he wants to kill the Whisperer queen, Negan will first have to deal with her lieutenant… 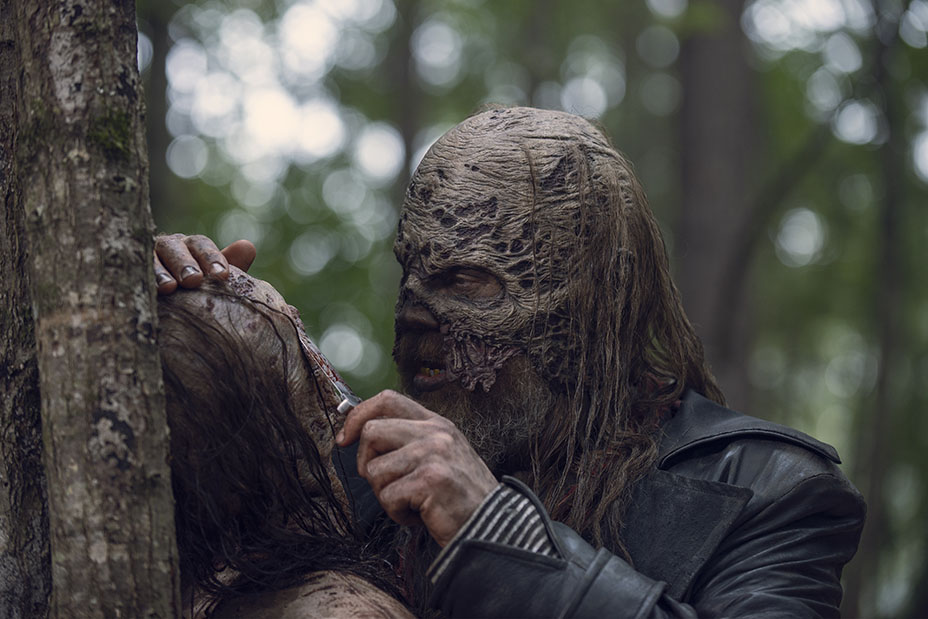 …Beta, played by Sons of Anarchy star Ryan Hurst, who finally made his long-awaited debut in this past episode. The less said about him now, the better. Safe to say, Beta is full of surprises, and not one to be messed with.

In short: Does Alpha’s decision to behead a rival foreshadow how she’s going to handle members of the Kingdom, Hilltop and Alexandria in the near future? Almost certainly. Does it foreshadow her own eventual demise? Quite possibly, if the TV series sticks to the comic book letter — though it rarely does, preferring to zig where the comics have zagged.