Danai Gurira, a breakout star of AMC’s The Walking Dead, is exiting the series.

Sources tell The Hollywood Reporter that Gurira, who officially joined the series in season three as iconic katana-wielding badass Michonne, has signed a deal to return for her final season of the zombie drama.

Under her new deal, Gurira will return in a limited capacity — described as only a handful of episodes — that will be interspersed throughout season 10. The actress, playwright and social activist will then likely segue to the three Walking Dead movies that AMC is planning with former leading man Andrew Lincoln. The latter has played the central role of Rick Grimes since the pilot and departed in the first half of season nine. 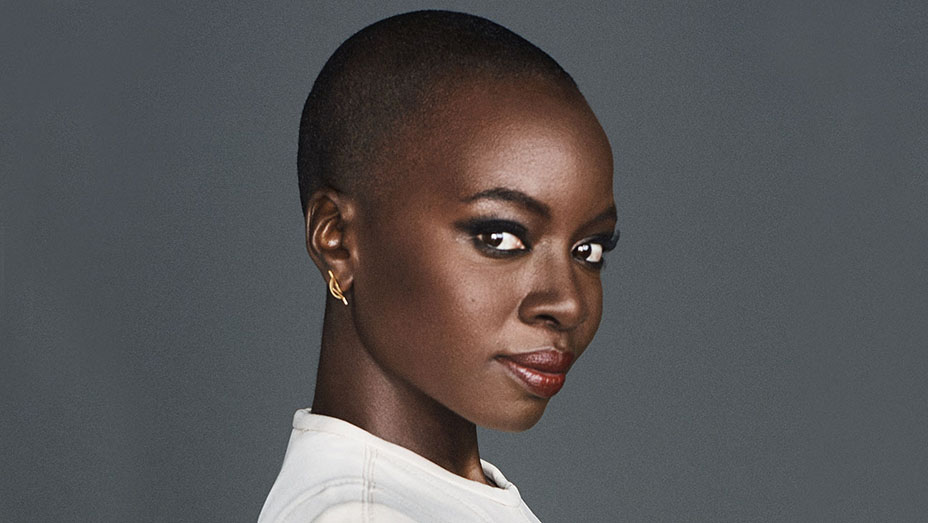 Gurira’s departure — like Lincoln’s — is considered a creative blow to The Walking Dead. Both Rick and Michonne remain focal points of Robert Kirkman’s source material on which the AMC series is based.

“She has been very vocal about saying that she loves the show. We love Danai; we love that character. Right now, she’s got a lot of opportunities and she needs to weigh what she feels is best for her. But we certainly would want her on the show as long as she wants to be on it,” AMC programming president David Madden told The Hollywood Reporter in November. “We really want her to stay. She is an incredibly valuable character and I’m really hoping she stays. Obviously, the lesson of Andy [Lincoln] is that the show can survive anybody’s departure if need be, but that’s not our goal. The goal is to have Danai continue on whatever basis she can make work, given the other things that she has going on in her life.”

While a massive change to The Walking Dead, Gurira’s departure is not completely surprising given her breakout status. Since Gurira joined the show in 2012, the actress — who has a Master’s of Fine Arts from NYU — has used the top-rated series as a launchpad. She has continued her work as a playwright, co-writing (and co-starring in) off-Broadway production In the Continuum, winning an Obie Award and Outer Critics Circle Award. She made her Broadway debut in 2009 in August Wilson’s Joe Turner’s Come and Gone. Gurira’s 2012 play, The Convert — which just ended its London run starring her Black Panther co-star Letitia Wright — earned her a Whiting Award for emerging playwright. In 2016, her Black Panther co-star Lupita Nyong’o starred in Eclipsed, which Gurira wrote. That play, the first to premiere on Broadway with an all-female and -black cast and creative team, earned Gurira a Tony nomination for best play. She also reprised her Black Panther role as Okoye in Avengers: Infinity War, and all signs point to the character appearing in the highly anticipated Avengers: Endgame. Gurira is also currently adapting Chimamanda Ngozi Adichie’s Americanah into a miniseries that she will produce alongside Nyong’o — who will also star.

Danai Gurira Talks Theater, Directing and London Revival of Her Play 'The Convert' 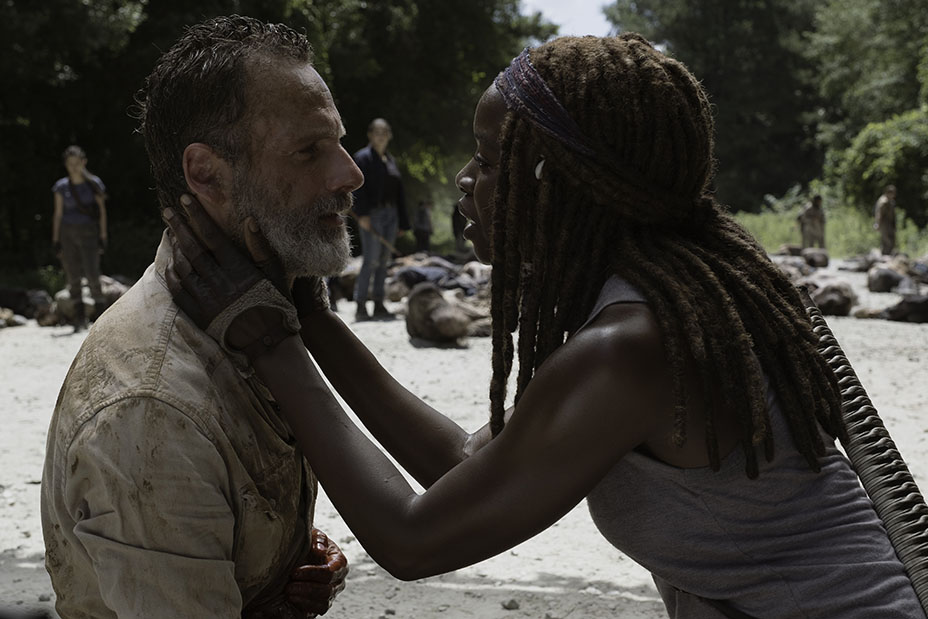 For the Walking Dead franchise, however, the three Lincoln-led films have now gained some serious star wattage with Gurira. (Lincoln and Gurira were romantically paired on Walking Dead, and Madden noted he had “high hopes that Rick and Michonne’s paths will cross again.”) The first film will be told from Rick’s point of view.

The three movies — set to begin production this year — will air on AMC, with the basic cable network, in success, partnering with a second party to help share the costs of what are expected to be cinematic features that are made for television.

Gurira had been in talks with AMC for a new contract since well before season nine started. With Lincoln and co-star Lauren Cohan’s (Maggie) departures already on the books, sources say re-upping Gurira became a top priority as the two camps worked out details on an exit strategy. Meanwhile, Gurira’s co-stars — Norman Reedus (Daryl) and Melissa McBride (Carol) — signed multiple-year “franchise/universe deals” with AMC.

Sources say those pacts will cover three years of the franchise as a whole, meaning if their characters are written off of the flagship and relocated to another property in the Walking Dead franchise — or depart completely — they would continue to get paid. Both received sizable raises. Reedus — who also hosts and exec produces AMC’s unscripted motorcycle series Ride With Norman Reedus — earns $350,000 per episode on top of additional guarantees and advances in a deal that sources say could be worth anywhere from $50 million to $90 million. McBride’s deal will see the actress score an estimated $20 million over three years.

Those deals allow Reedus and McBride to jockey between Walking Dead properties, including crossing over to companion series Fear the Walking Dead and, potentially, roles in the trio of TV movies. AMC, under chief content officer Scott M. Gimple, has further expansion plans beyond the movies for its billion-dollar franchise.

Financial details of Gurira’s contract were not immediately available.

Gurira becomes the latest series regular to exit The Walking Dead. In addition to Lincoln, Xander Berkeley (Gregory) and Tom Payne (Jesus) were (spoiler alert) killed off. Cohan opted to depart after she and AMC could not come to terms on a new contract. The actress remains open to a return and has said that there at least were some talks for a spinoff of some sort featuring her character. (AMC has declined comment on that.) Lincoln was No. 1 on the call sheet, followed by Reedus (the show’s new male lead), Cohan, Gurira and McBride.

On the activism side, Gurira in December was named a U.N. Women Goodwill Ambassador. She will lend her name and dedicate her support to spotlighting gender equality and women’s rights — and focus on putting unheard women’s voices front and center. On Feb. 14, Gurira will mark the third anniversary of her Love Our Girls awareness campaign she launched to highlight the struggles, experiences and challenges of girls and women across the world.

'Walking Dead': What Danai Gurira's Exit Means for Its Future