Often described as “the zombie movie that never ends,” The Walking Dead has has finally defied its core premise by… well, ending. The Image Comics and Skybound Entertainment comic book series, first published in 2003, has reached its conclusion, in a fashion that mirrors the ways in which main characters were regularly killed off: with no warning at all.

Creator Robert Kirkman and artist Charlie Adlard concluded the industry-changing comic book series with Wednesday’s The Walking Dead No. 193, an extra-sized edition that plays out as a sprawling epilogue to Rick Grimes’ story. The series finale comes just shy of a landmark 200th issue; what’s more, the ending has arrived without any advance warning, to the point that Kirkman and Skybound solicited several subsequent issues with cover art from Adlard. Those covers and solicitations were created to preserve the secret behind the series finale, according to Kirkman himself.

“I hate knowing what’s coming,” Kirkman wrote in the concluding pages of Walking Dead No. 193. “As a fan, I hate it when I realize I’m in the third act of a movie and the story is winding down. I hate that I can count commercial breaks and know I’m nearing the end of a TV show. I hate that you can feel when you’re getting to the end of a book, or a graphic novel. Some of the best episodes of Game of Thrones are when they’re structured in such a way and paced to perfection so your brain can’t tell if it’s been watching for 15 minutes or 50 minutes … and when the end comes … you’re stunned.”

“I love long movies for that very reason,” he continued. “You lose track of time because you went in convinced that you’re going to be there for a long time, but the story moves at such an entertaining and engaging pace that by the time the movie’s wrapping up … you can’t believe it’s already over. Surprise, it’s over! All I’ve ever done, all a creator can really do … is tailor-make stories to entertain themselves, and hope the audience feels the same way. That’s all I’ve ever been doing … and it seems to work most of the time.”

To be sure, The Walking Dead comics have been the source material for what has become a multibillion-dollar franchise that now includes five TV series — four scripted plus Talking Dead. There also are merchandising lines — for both the comics and TV show — featuring action figures, board games and beyond as well as video and mobile games and novels. The comic has sold more than 50 million copies worldwide and is sold in over 60 countries in 30-plus languages.

Kirkman’s decision to end The Walking Dead without warning is in line with a similar creative choice he made with DIE! DIE! DIE!, his comic book collaboration with former Walking Dead showrunner and current franchise chief content officer Scott M. Gimple, launched in 2018 with no advance notice. In 2018, Kirkman spoke with The Hollywood Reporter and described his decision behind the surprise DIE! DIE! DIE! release in a way that now boasts added significance in light of the surprise Walking Dead finale: “The comic industry as a whole can be very complacent. The systems are in place. Everybody uses those same systems. Comics either live or die based on the generic press releases and interview structures, and it’s all the same websites that cover comic book news. There’s a very rudimentary system of going into a comic shop and finding a comic, and hearing about a comic online. I’m always trying to think of ways to shake that up, where you energize the industry to a certain extent and do things that make people take notice in a way that’s not normal.”

Kirkman went on to highlight how DIE! DIE! DIE! would end story arcs without any advance notice, leading to a natural follow-up question: Would the series itself end without advance notice? Kirkman’s answer to that question speaks to what just occurred within The Walking Dead: “Absolutely … we’re trying to do everything we can to be as surprising as possible.”

In his final words in Walking Dead No. 193, Kirkman speaks about the importance of creatively ambushing his audience throughout the telling of his tale, especially with the finale: “The Walking Dead has always been built on surprise. Not knowing what’s going to happen when you turn the page, who’s going to die, how they’re going to die … it’s been essential to the success of this series. It’s been the lifeblood that’s been keeping it going all these years, keeping people engaged. It just felt wrong and against the very nature of this series not to make the actual end as surprising as all the big deaths … from Shane all the way to Rick.”

Indeed, Shane and Rick serve as book-ends for the Walking Dead comic book series, the first and last main characters to meet their ends. Rick’s death came in the penultimate issue of the series, a shocking turn that left many fans to wonder how exactly Kirkman would continue the story. Now, we have the answer: Kirkman won’t continue the story, at least not in comic book form, with the final issue telling one last tale about the world created in the image of Rick Grimes’ legacy.

Even with the surprise demise of the comic book, The Walking Dead franchise continues onward. The flagship AMC series launches its 10th season in the fall, with series leads Norman Reedus and Melissa McBride still along for the ride, even as Danai Gurira’s Michonne plans to exit in the season ahead. Fear the Walking Dead is currently in the midst of its fifth season. Andrew Lincoln’s Rick Grimes will fight again in a series of movies for AMC written by Scott M. Gimple. A third Walking Dead series has been announced, focusing on a young generation of survivors in the apocalypse, with filming set to begin this summer.

'The Walking Dead': Third Series Officially a Go at AMC 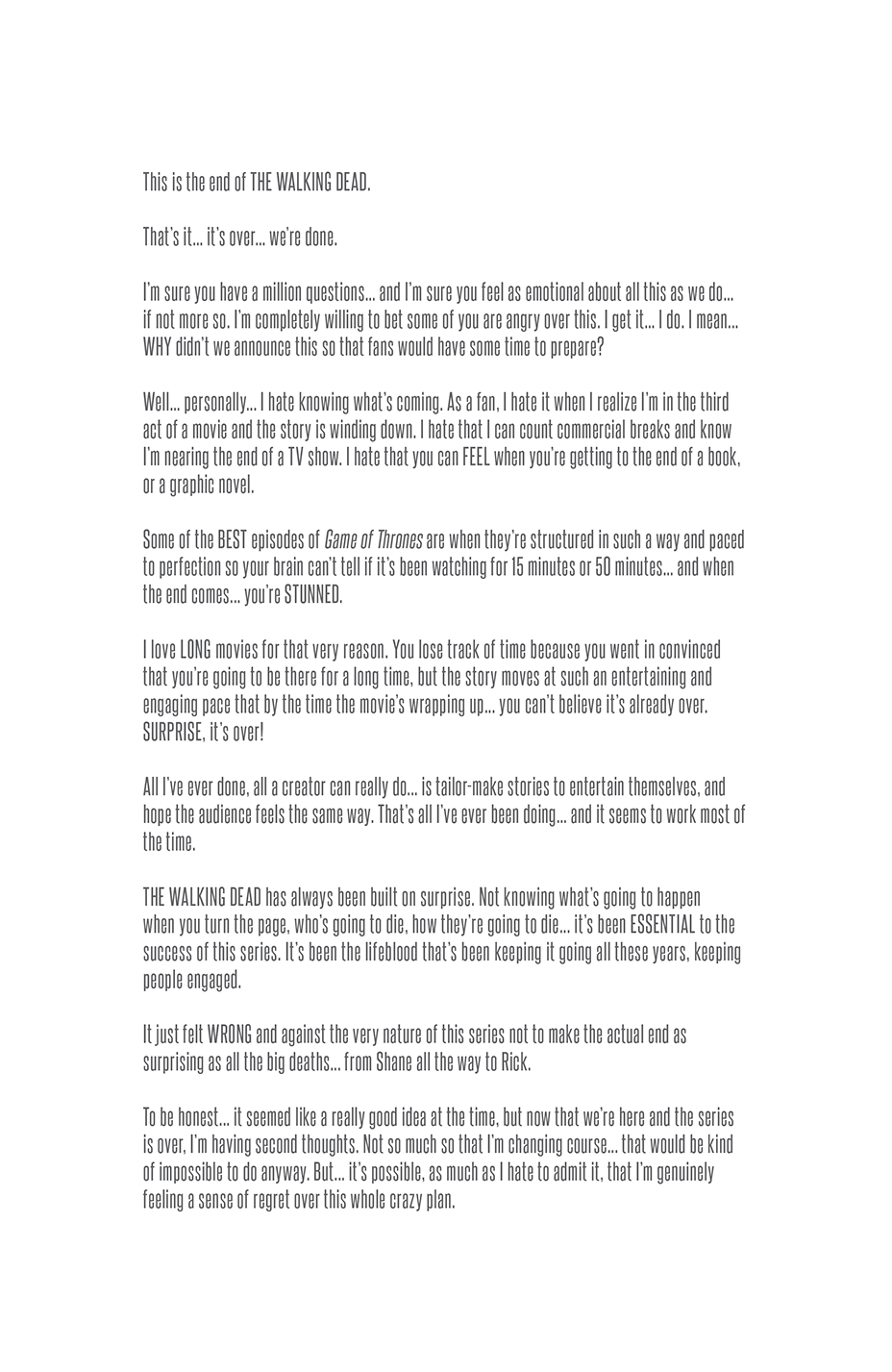 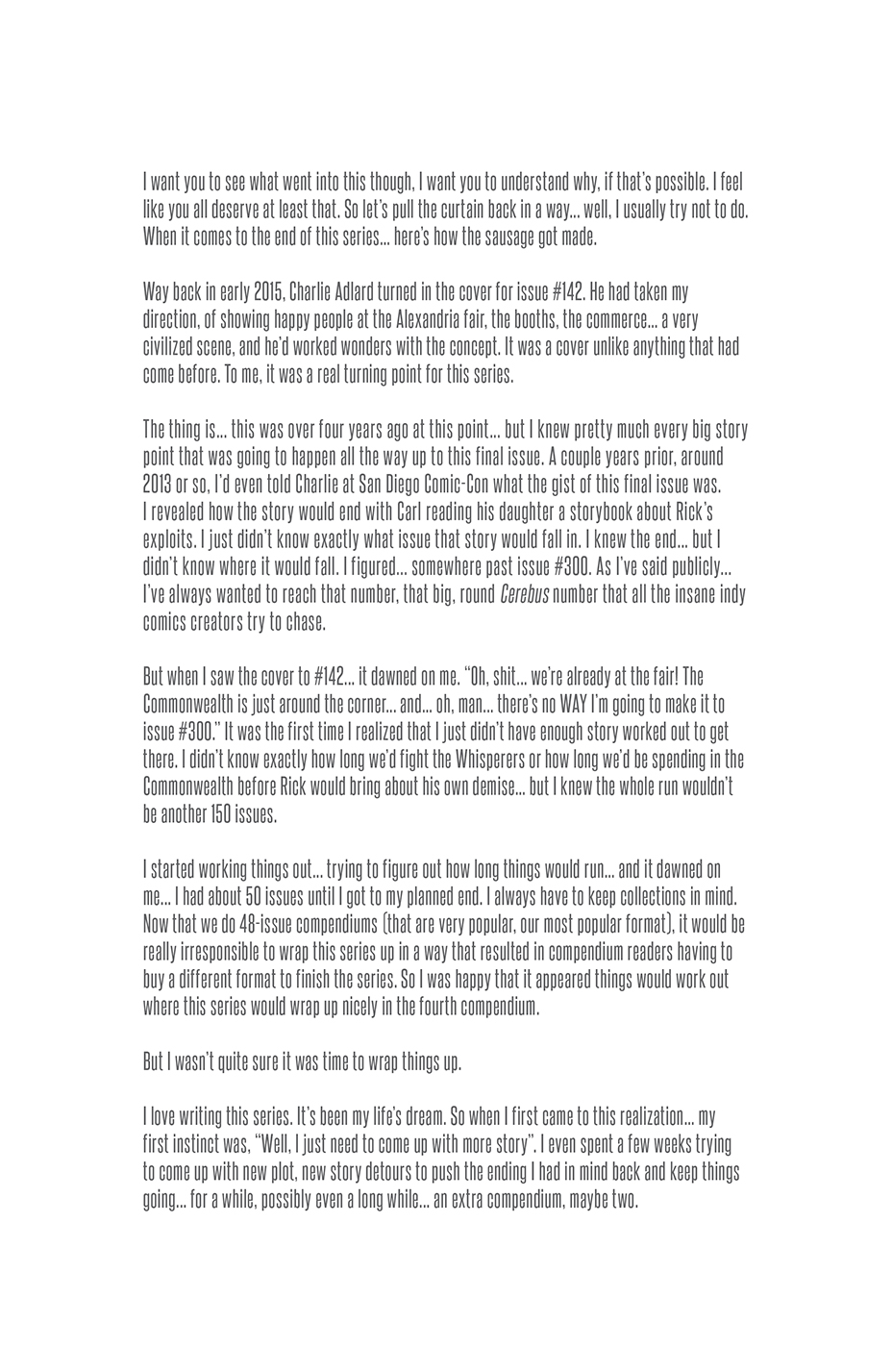 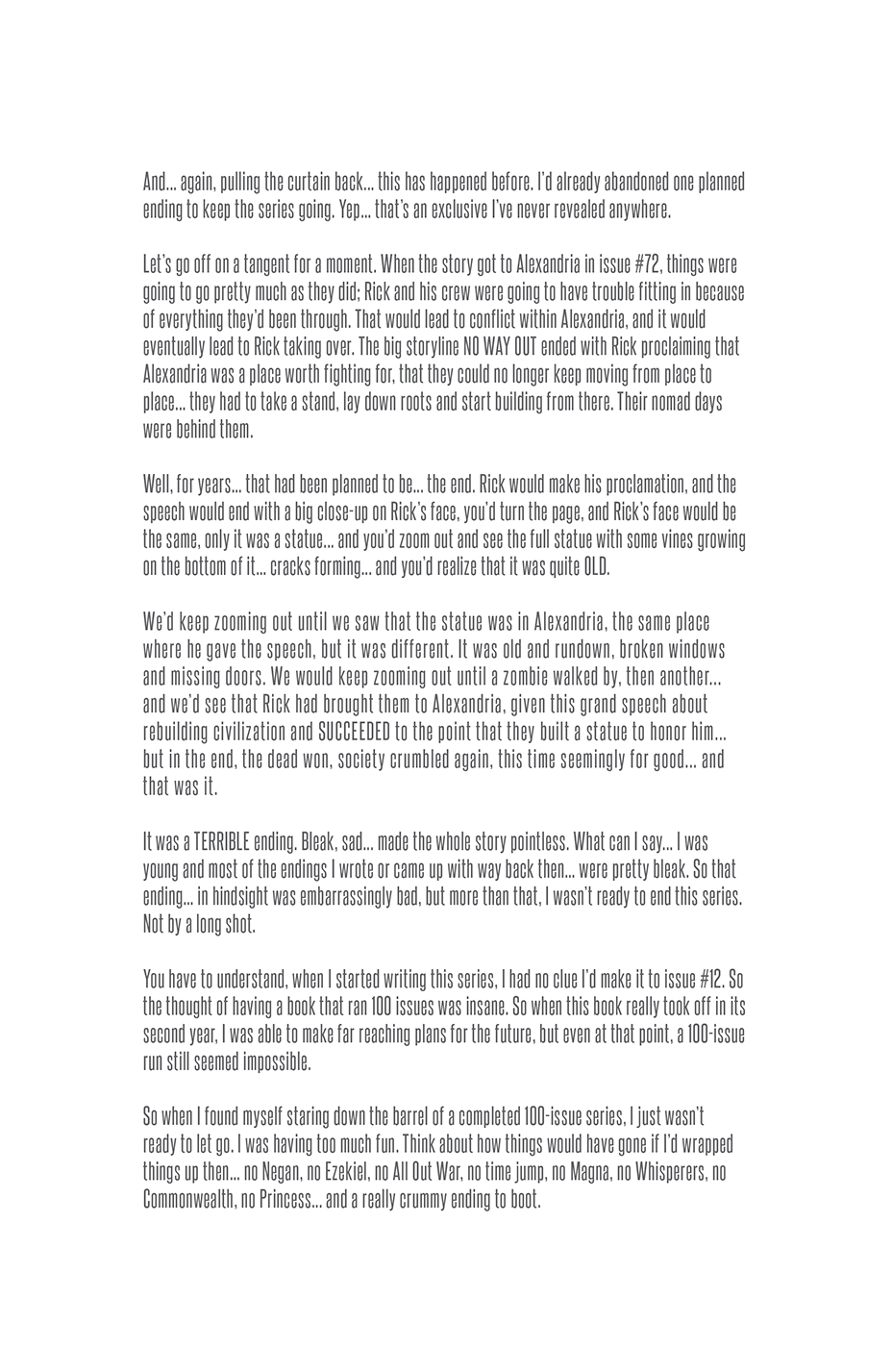 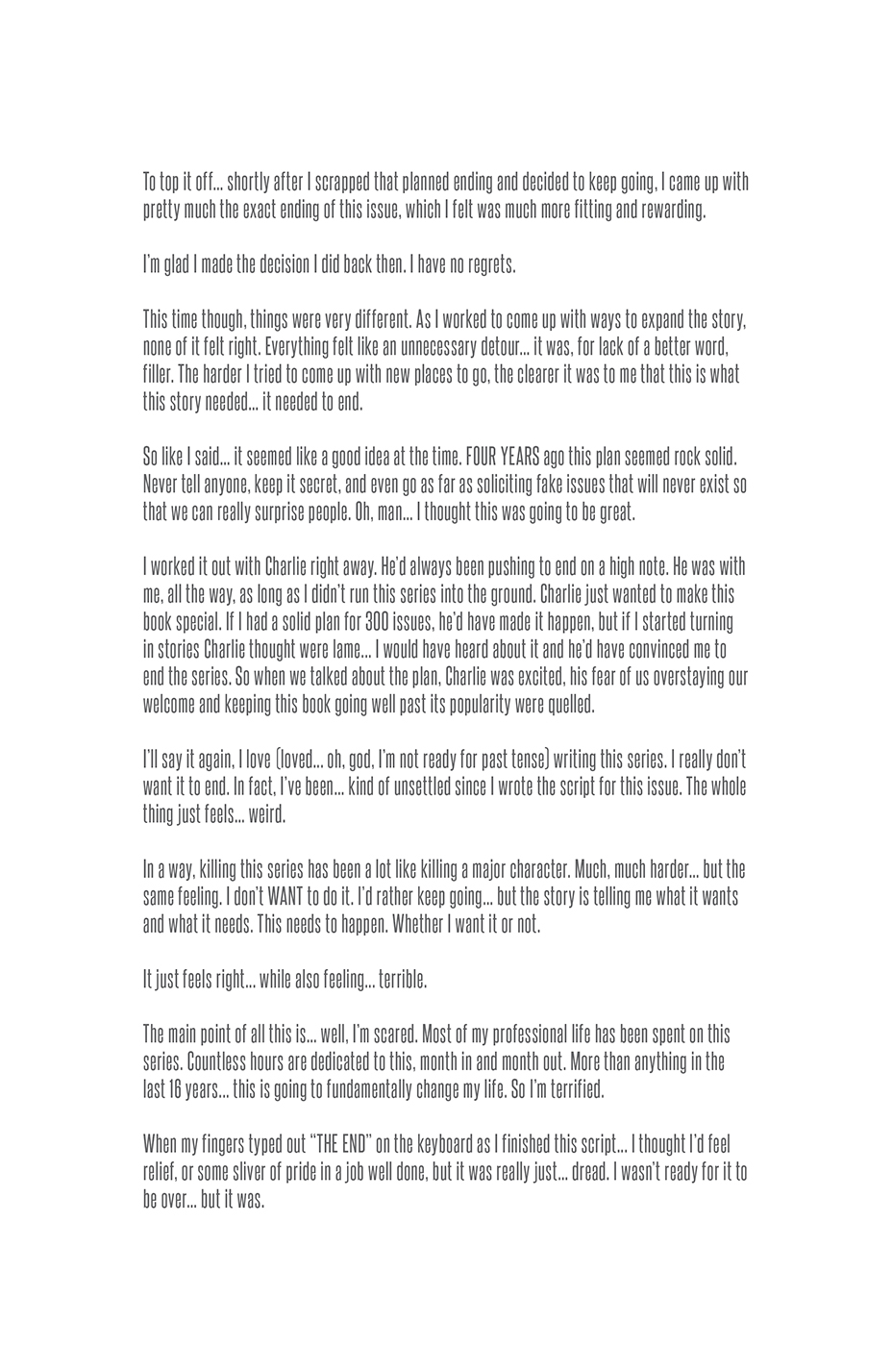 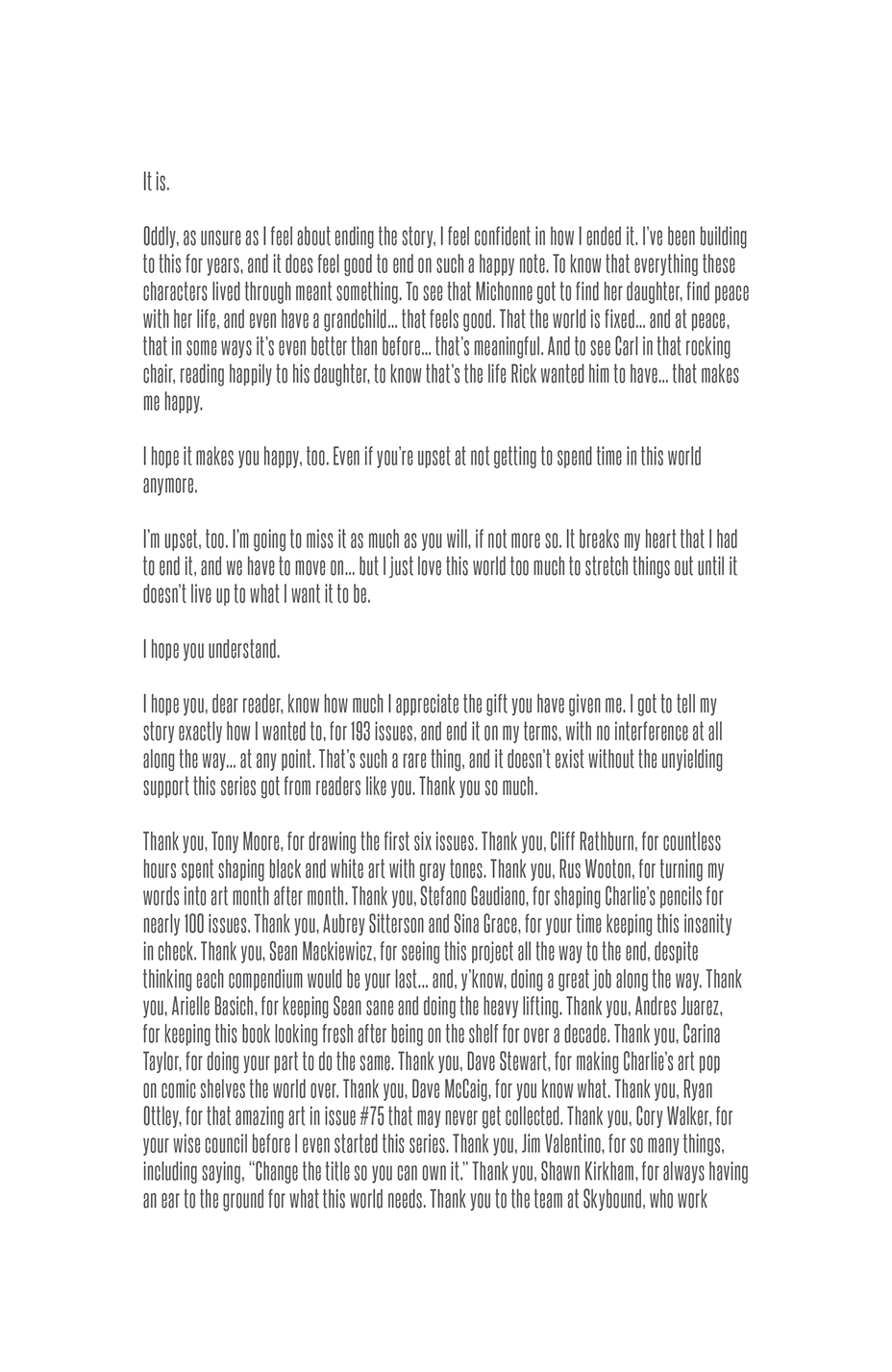 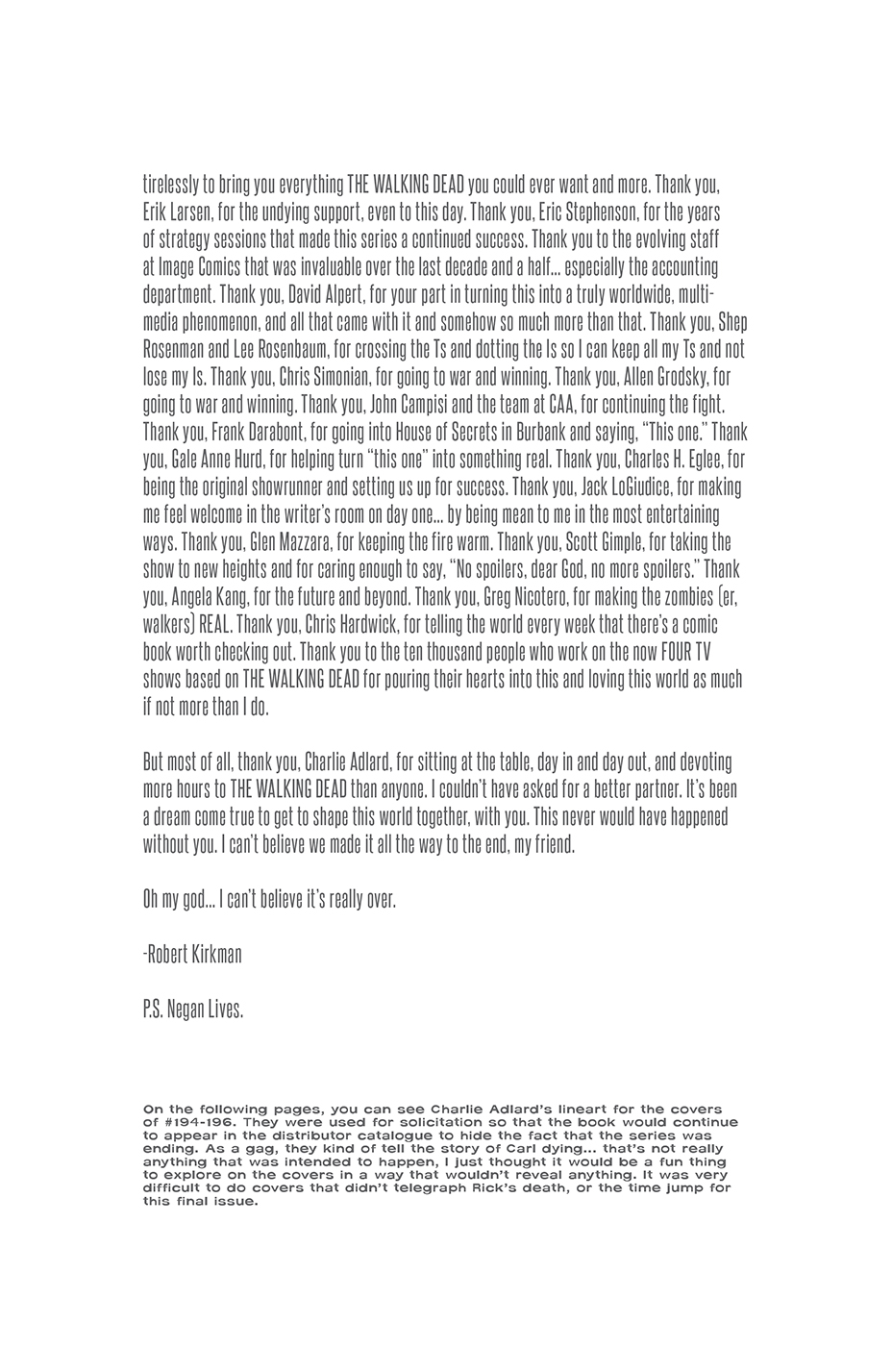 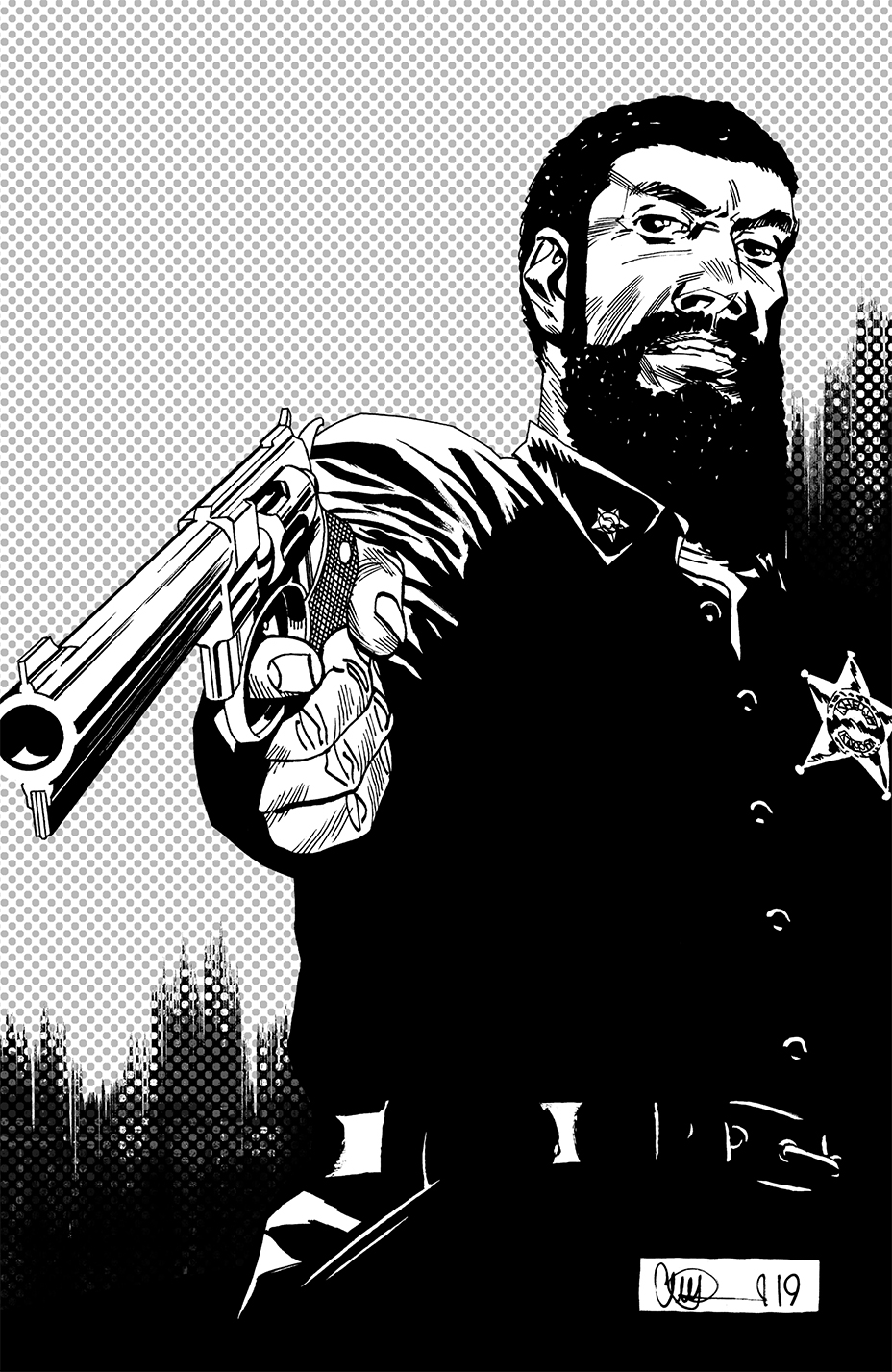 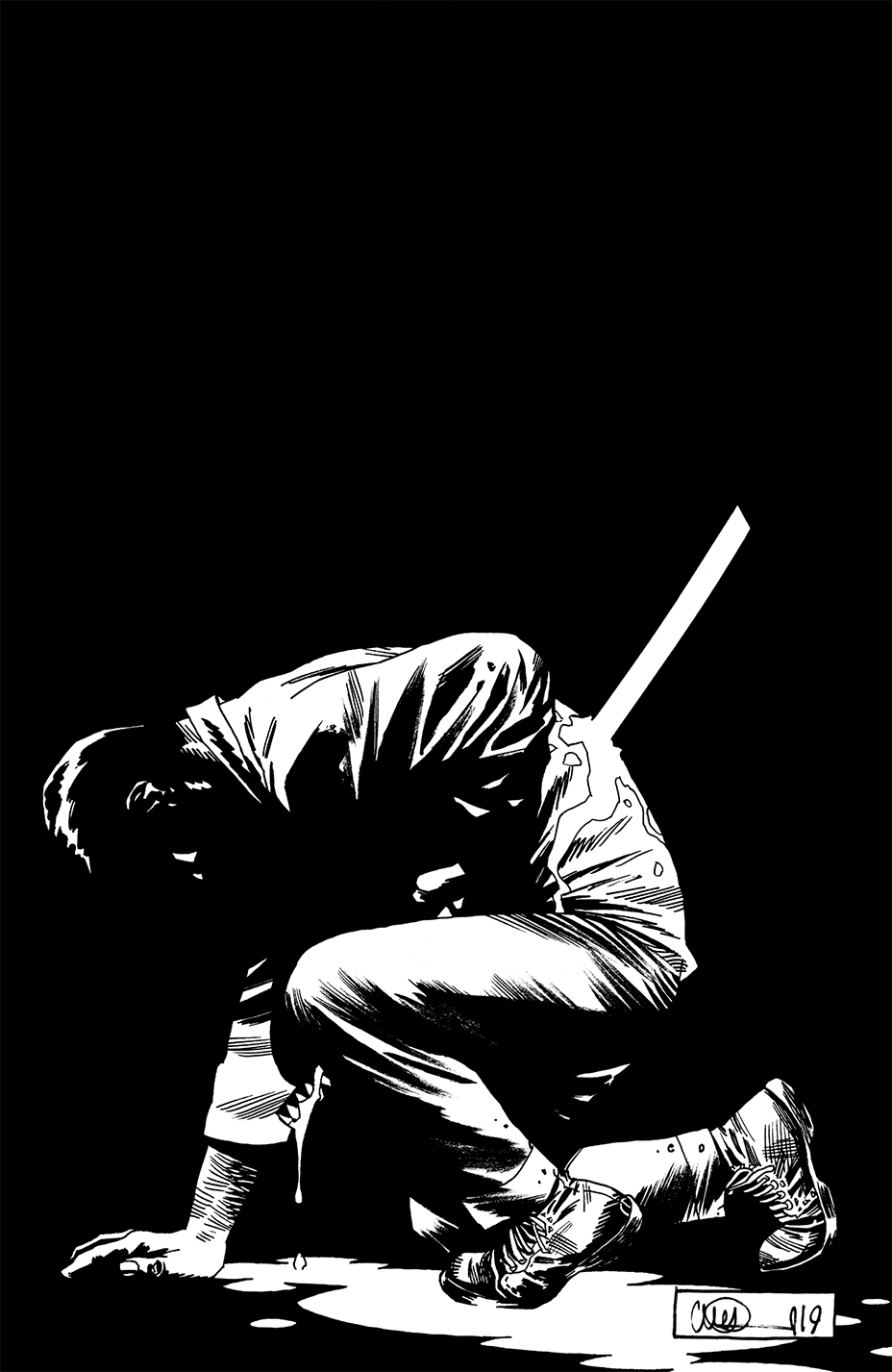 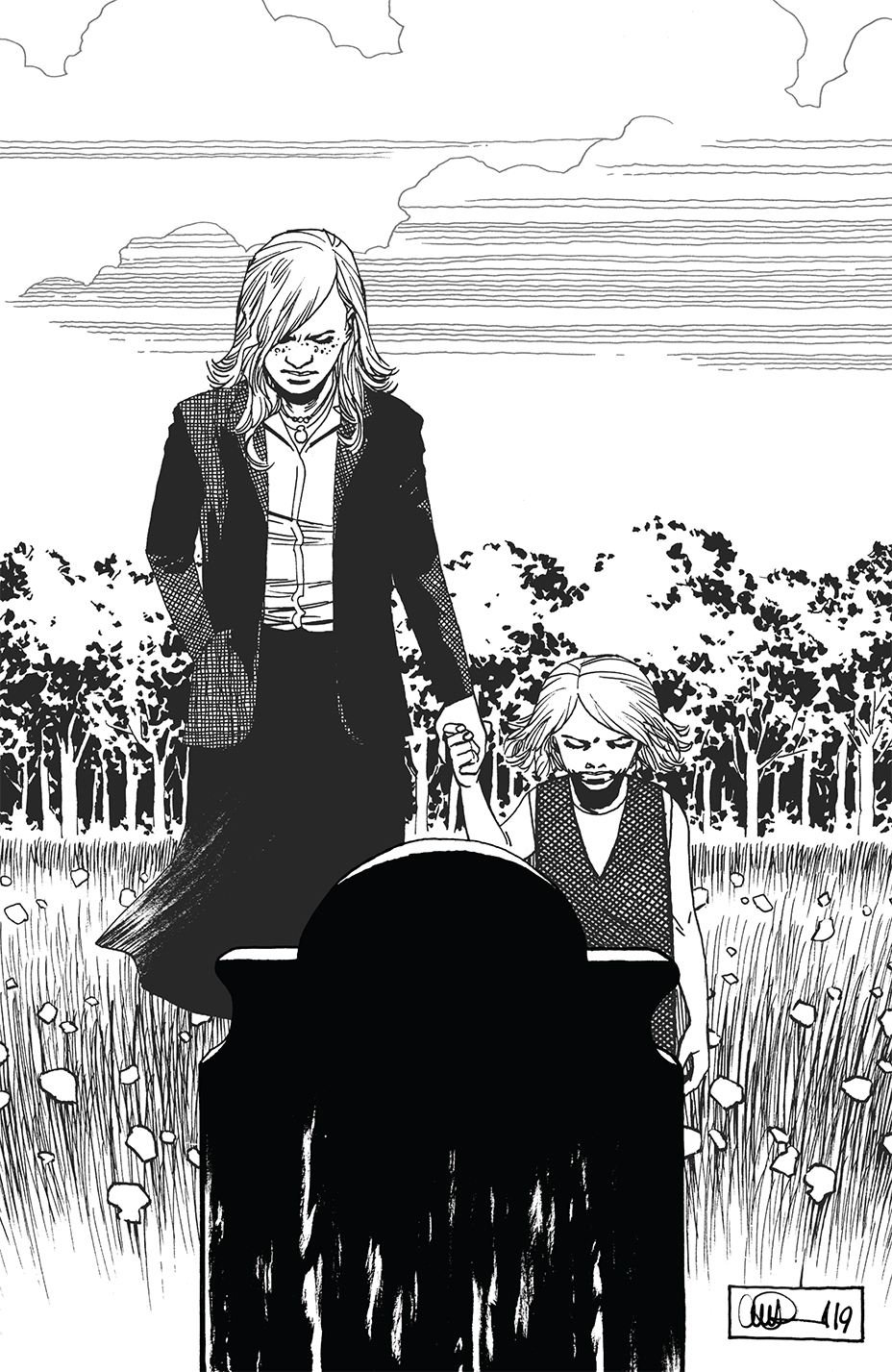