Upon hearing about a restaurant that was inspired by America’s newfound obsession with all things zombie, you’d certainly be forgiven for wondering exactly what grade the local health inspector gives the place and what ingredients went into the meat dishes.

However, when that eatery in question is Nic & Norman’s, you have to assume there’s everything on the menu is FDA approved.

After all, even though the place is named after two of its co-owners, The Walking Dead executive producer/special effects guru Greg Nicotero and star Norman (Daryl Dixon) Reedus, the meals don’t have any undead ingredients. And contrary to the sparse meals served up on their hit AMC series, Nicotero and Reedus have crafted a friendly hangout with some critically acclaimed food. The place is located in Senoia, Ga., where Walking Dead is filmed and has made sure the menu is filled with such staples as Bison Burgers, New York Strip Steak, homestyle meatloaf, Philly Cheese Steak Fries and chicken pot pie.

How involved are these Dead vets in their bistro? Just mention that you’d had the chicken pot pie and meatloaf while visiting Nic & Norman’s and the response is instantaneous.

“Did they burn the crust on the potpie?” Reedus asks earnestly. “I keep telling them they have to do that to make it perfect.”

Adds Nicotero, “Hey, I just had the meatloaf for the first time. It was pretty good! I can’t tell you what’s in the sauce they use but … it’s amazing. We should bottle it.”

The restaurant that began as a private joke between the two has turned into a new passion project for both. They used to tell one another that they should open up a bar in Senoia. Nicotero figured it would feature “girls and food and booze. It was funny to us, just two guys talking. And if we ever did it, it’d basically just be a place where the could go and hang out when we wrapped an episode.”

“We pictured it just being a dive bar for everyone working on the show, and maybe we get some word of mouth around town so others would start showing up,” explains Reedus. “Then, suddenly, a restaurant was happening.” 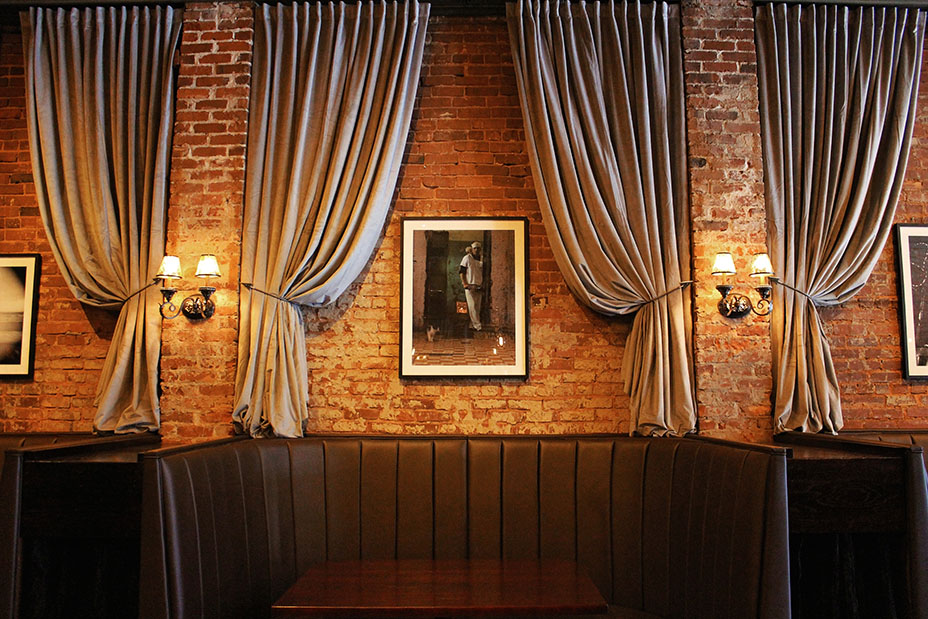 They have country singer Zac Brown to thank for that. The Atlanta native owned a bar in downtown Senoia, but had also decided to invest in a local winery. Because the law prohibited owning a place that makes liquor as well as a place that serves it, Brown was forced to get rid of his hangout in January. Scott Tigchelaar, who runs the local studio where Walking Dead is shot, heard about this and mentioned it to Nicotero while the producer was out on a Walking Dead ocean cruise.

“He asked, ‘Were you guys serious about opening a bar because I know the perfect place,’” recalls Nicotero. “So I called Norman and said, ‘Were we serious?’ He laughed and told me, ‘Sure, why not?’ So I called my accountant and he told me, ‘Absolutely not! Restaurants are the worst investment ever!’ Then I called up Scott and said, ‘We’re in!’”

Tigchelaar quickly brought in some additional partners, specifically Walking Dead creator/executive producer Robert Kirkman and fellow EP Dave Alpert. They’d already opened a coffee shop (called The Waking Dead Cafe) and a souvenir store (The Woodbury Shoppe, named after the community featured in the comics and show that was overseen by The Governor) right across the street from Brown’s bar. It seemed like opening a restaurant would be the perfect addition to the Walking Dead brand, as well as being a profitable venture for everyone. In the past year, roughly 120,000 customers had made a purchase at Woodbury Shoppe.

“We’ve been a big draw so far, and I think fans like that we’re this little facet of the Walking Dead universe,” says Tigchelaar. “It’s in a good location. It’s casual with an upscale atmosphere. The food is affordable. I’d think Nic & Norman’s should have long legs past however long the show is on. Plus, it’s helping a lot of other local business. They benefit from the additional layer of consumerism from the show.”

By June, Nic & Norman’s was in business, with long lines of tourists from all over the world waiting up to three hours for a table. Every Sunday this fall, there are special screenings of the week’s new episode and people have flown in from places like Kentucky, Michigan and Ohio just to say they watched the show at Nic & Norman’s. (The restaurant is closed for private screenings in-season.) Meanwhile, after the fans and visitors had gone back to their hotels, the entire crew would sometimes stop by for a midnight snack and drink. 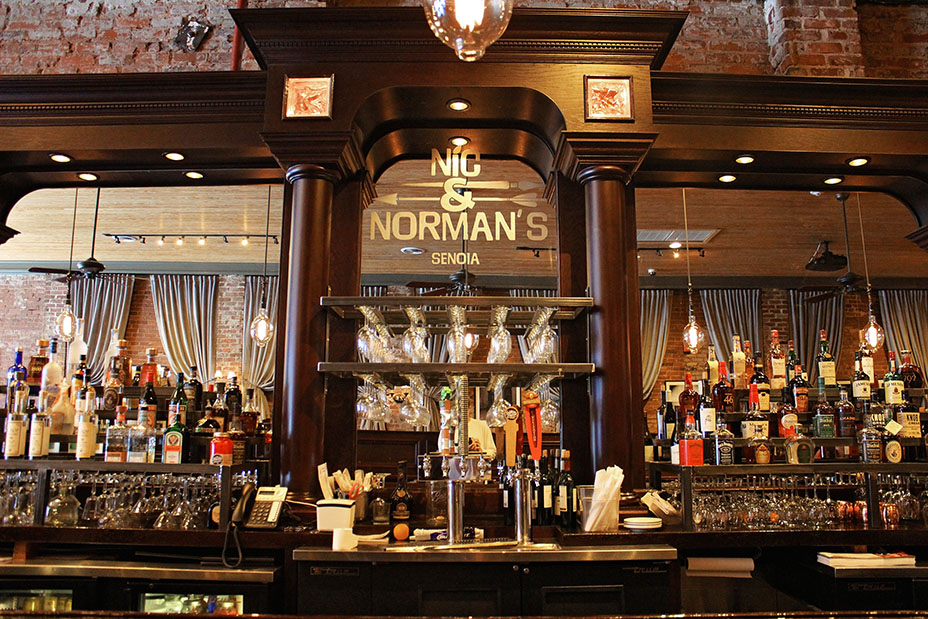 The place’s namesakes offered a bit of input on the menu early on, but left most of the decisions to the cooking staff. However, Nicotero’s love of cooking means he has definitive opinions about what’s being served.

“I do have some changes I want to make on the menu, and I’m hoping to instill them in the next round,” he says. “Meanwhile, it’s just fun and exciting to walk into a place that’s yours and have people saying, ‘Taste this! Taste that!’”

He and Reedus haven’t just offered input on what’s served at their restaurant. They’ve also contributed plenty of the decorations. The walls are filled with pictures the two men have taken over the years. Several other photos feature that motif as well. (The décor comes as little surprise as Reedus is a dedicated photographer who previously published a book of his work and regularly has prints on display at art galleries in L.A.) One of the most striking shots features Nicotero’s daughter giving the middle finger to the camera.

“She had come home from school one day and said, ‘I learned today that I can do this and this and this,’ holding up one finger and then another. Finally, she was holding up her middle finger and I said, ‘Do that last one again!’ She had no idea what it meant and I took her picture anyway. Now, she’s always telling me to take it down! But it’s a fixture there,” Nicotero says.

The restaurant has a 4.5 rating with 118 Google reviews, so with all of this success, it’d be natural to assume there might be some Nic & Norman’s opening around the country. Reedus says he’s hoping to see one in Atlanta sooner rather than later, but Tigchelaar cautions that “what our future will be depends on who you’re talking to and when you’re talking to them. It’d be fun to expand them all over the world, but we’ll have to wait and see.”

Meanwhile, the cast and crew will continue to swing by to delight the fans that have come for a meal. Nicotero has one bit of advice to follow once you’ve got a table. “We appreciate how the people we see there all just want to tell us thanks for the work we do. But please just don’t film us eating because, well, that’s kind of gross.”

Said the man who began The Walking Dead’s seventh season by directing the episode with two main characters having their heads bashed into a bloody pulp and stretching a zombie head until it snapped apart.