[This story contains spoilers for season nine, episode eight of AMC’s The Walking Dead, “Evolution,” and the Walking Dead comic books on which the series is based.]

Jeffrey Dean Morgan arrived in the Walking Dead universe with one of the greatest impacts of any one character — thanks in no small part to the double homicide his Negan was responsible for, bashing in the brains of the beloved Abraham (Michael Cudlitz) and Glenn (Steven Yeun).

Things have been very different for the fallen Saviors’ king throughout season nine. Following the end of season eight’s “All Out War,” Negan has been languishing behind bars, weakening slowly but surely over the course of years of imprisonment. His company has included a barely tolerant and since departed Rick (Andrew Lincoln), an even less tolerant Michonne (Danai Gurira) and an even less tolerant and departed Maggie (Lauren Cohan).

'Walking Dead' Star Gets Candid About His Exit: "It Was Constant Frustration"

“It’s been a tough year,” Morgan recently told The Hollywood Reporter. “It’s been hard the last couple of years with Negan kind of putting a damper on some of the fun for our other characters — and this year, it’s a completely different spin, certainly.” 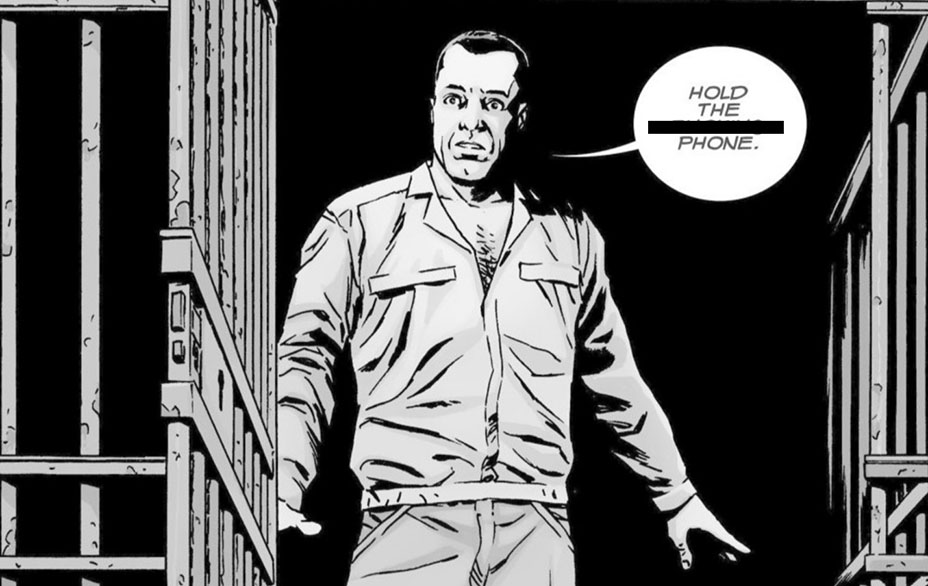 Negan’s unlocked cell comes straight out of the pages of the comic books from Robert Kirkman and Charlie Adlard, though there’s every reason to think what’s coming next will vary wildly from the source material. For one thing… 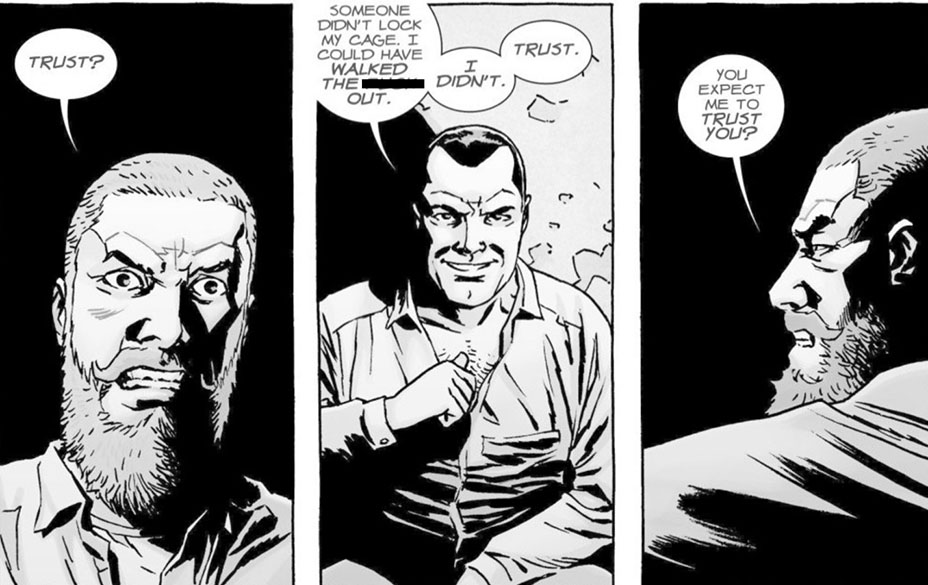 …in the comics, Negan doesn’t stay free, at least not yet. He takes the opportunity of his accidentally unlocked cell to show Rick that he wants to stick around Alexandria and begin building trust. For the sake of the show, not only is Rick not around anymore, but the person who inadvertently unlocks Negan in the comics is long since dead on the show: Olivia (Ann Mahoney), killed in season seven. 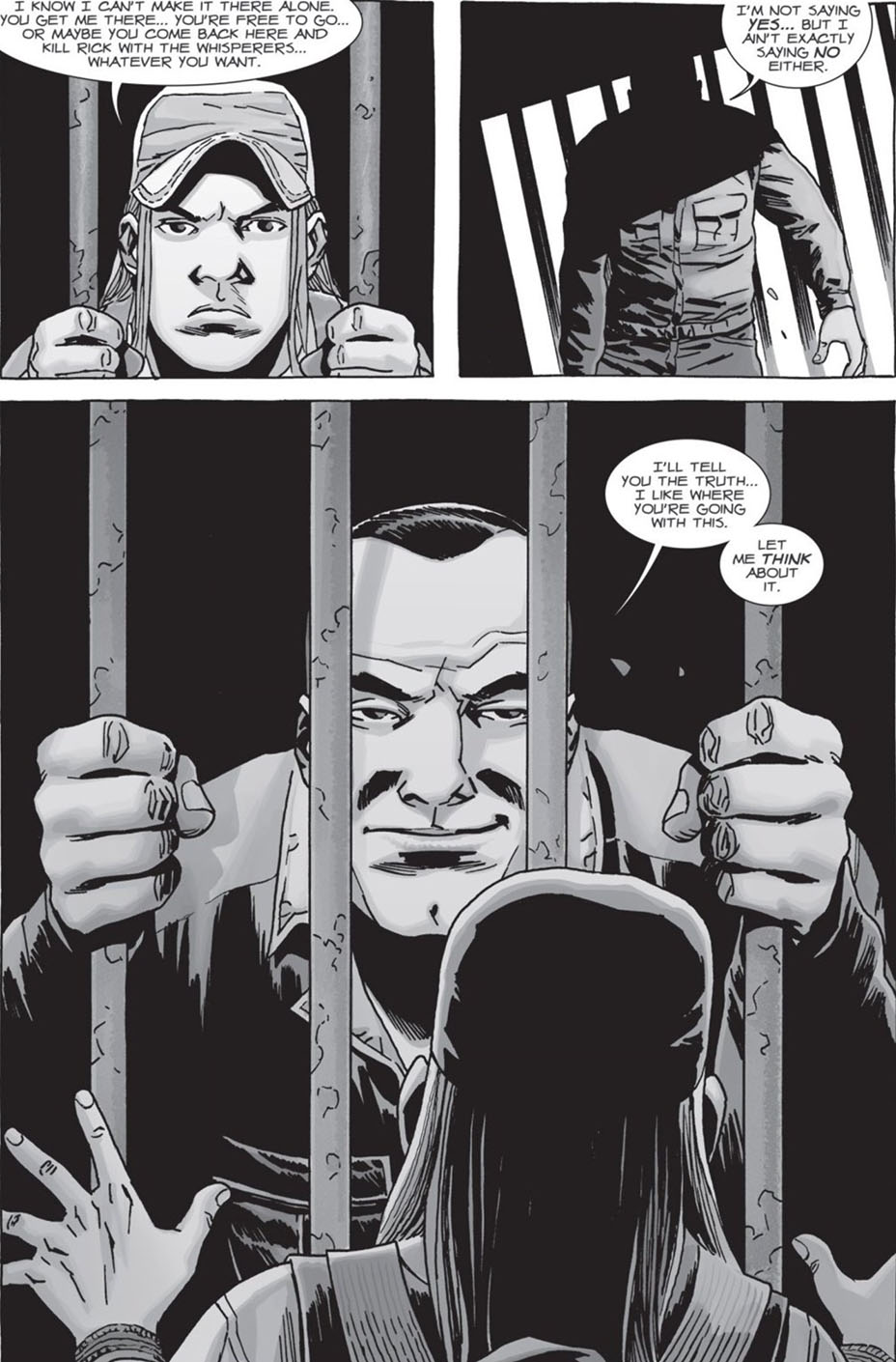 Negan’s pitch to Rick lands without success, but another opportunity for escape eventually arises in the comic when the Whisperers (introduced on the show during the death of Tom Payne’s Jesus) strike out against the Alexandria Safe-Zone in a resounding way. Brandon Rose, the son of Brett Butler’s Tammy Rose, seeks out Negan and asks for his help in seeking vengeance against the Whisperers. Negan takes the young man on his offer to escape…

…and kills poor Brandon within a few days of their excursion together. The show’s version of the Rose family lost their son, named Kenneth, so one imagines the person who joins Negan on this field trip (assuming such a field trip exists) will be someone else. Judith Grimes (Cailey Fleming), who is no longer alive at this point in the comics, perhaps? One can wonder, and one can also hope (and expect) things to end differently for Rick’s surviving daughter if she becomes Negan’s new companion.

'The Walking Dead' Just Took Another Major Detour From the Comics 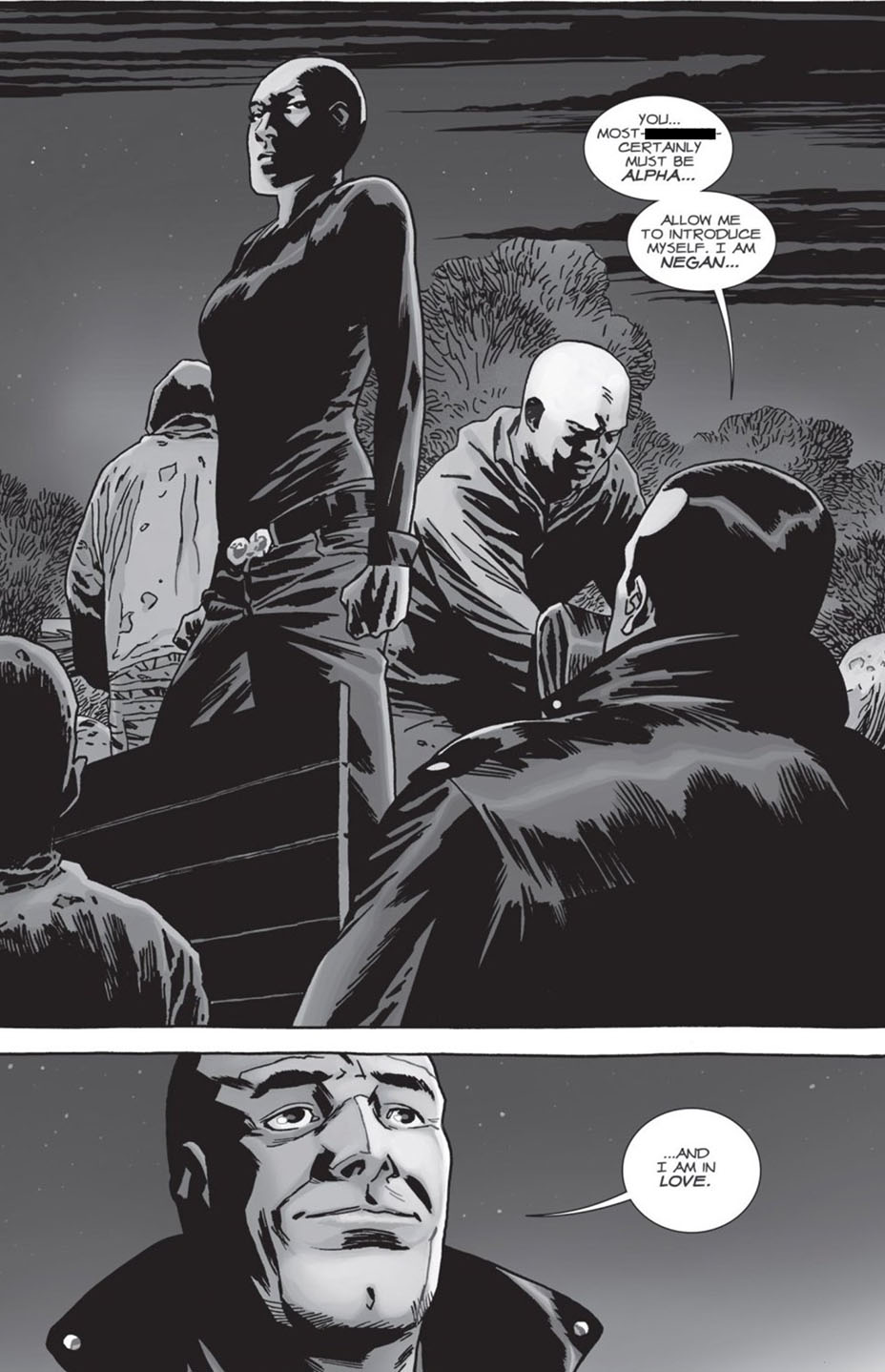 If Negan’s current escape leads to his next major step in the Walking Dead comics, then it’s a one-way collision course with Alpha, the Whisperers’ leader, played by Samantha Morton. At first, it seems that Negan wants to join the Whisperers in an attempt to avenge the Saviors’ cause against Alexandria. 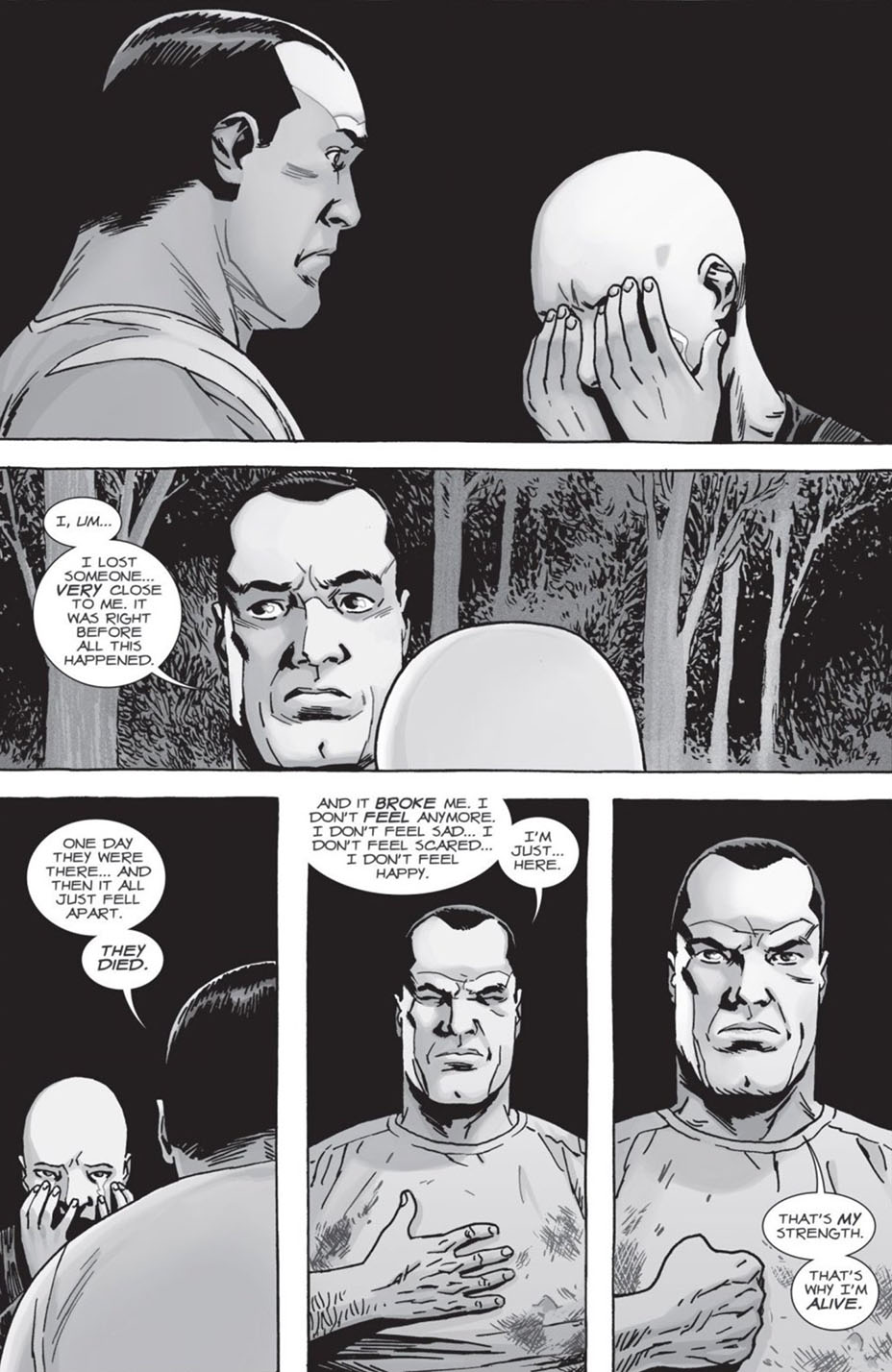 But the longer he spends with Alpha, the more vulnerable he becomes. He even reveals his core truth, how years of imprisonment have left him feeling fully calloused and inhuman. The show has a major opportunity to take this same storyline and turn Negan into someone feeling something resembling contrition for his actions, considering that AMC’s Walking Dead has experienced seven and a half years since “All-Out War,” while the comic books only leaped forward three or four years at most.

If Negan and the Whisperers reach some sort of peace, it may not last for long. Without spoiling what exactly happens in the comic books, let’s just say Negan’s initial pitch to Rick wasn’t exactly insincere. With potential paternal feelings toward Judith and perhaps with some feelings of friendship toward Gabriel and the other Alexandrians, it’s not unreasonable to think Negan is going to try and maintain some sense of loyalty to the people who have imprisoned him for nearly a decade — assuming his next move is to break from free jail after all. The answers will reveal themselves fully once Walking Dead returns in 2019.