[This story contains spoilers for season nine, episode eight of AMC’s The Walking Dead, “Evolution,” and the Walking Dead comic books on which the series is based]

Speaking with The Hollywood Reporter, showrunner Angela Kang explained the need to shock viewers with the arrival of the Whisperers, the new group of villains notable for blending in with the walkers by wearing human flesh suits. As a result, Jesus’ death was born, a twist that couldn’t have arrived sooner for Payne; in his own conversation with THR, the actor was a wide open book about his frustrations with the TV series’ depiction of Jesus, a fan-favorite zombie killer in the comics.

'Walking Dead' Star Gets Candid About His Exit: "It Was Constant Frustration"

The behind-the-scenes of it all notwithstanding, Jesus’ death in the TV series actually comes equipped with a compelling origin story from the comics. As with the AMC adaptation, Kirkman and Adlard’s first stories involving the Whisperers also involved a group of survivors searching for their friend in a nearby barn… 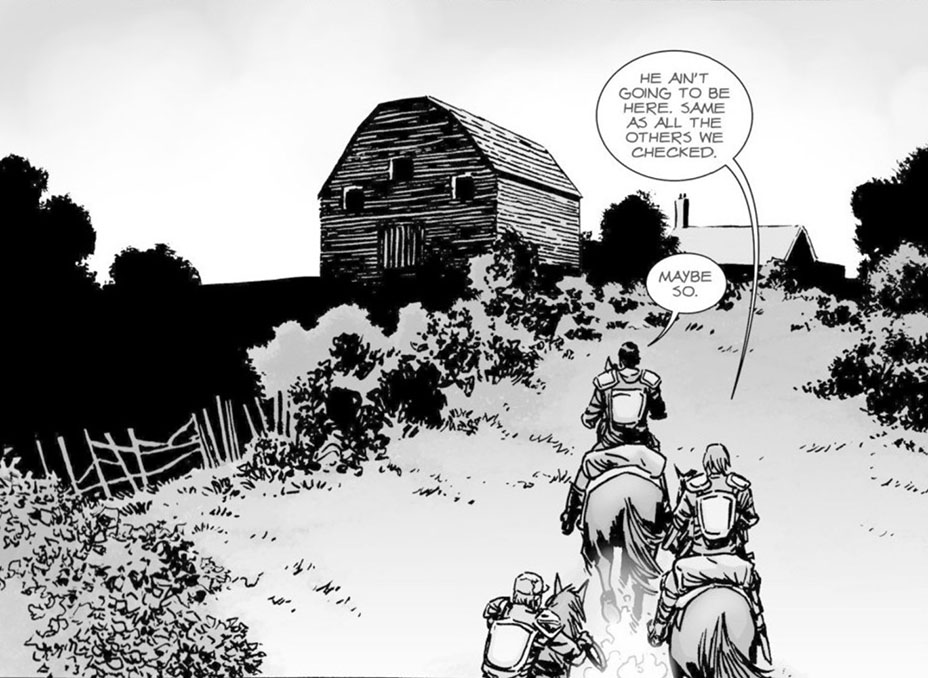 …except in the comics, the group does not consist of Jesus, Aaron (Ross Marquand) and Daryl Dixon (Norman Reedus), the latter of whom doesn’t even exist in the Walking Dead source material. Eugene (Josh McDermitt) is nowhere to be found in this storyline either, for that matter. In fact, the group of survivors who first encounter the Whisperers aren’t featured in the TV series at all. 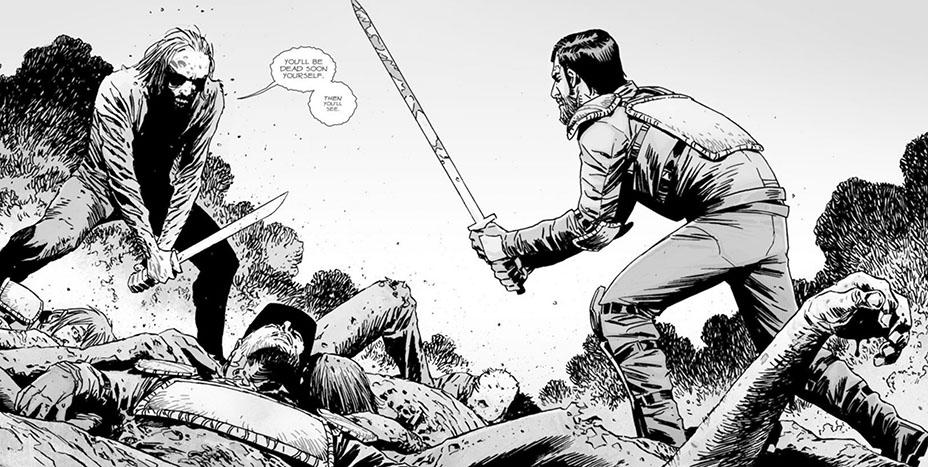 The most notable of these characters is Dante, an eventual love interest for Maggie (Lauren Cohan), who has yet to appear in the show. He’s the lone survivor of the first battle against the Whisperers, overpowered and eventually held for ransom. 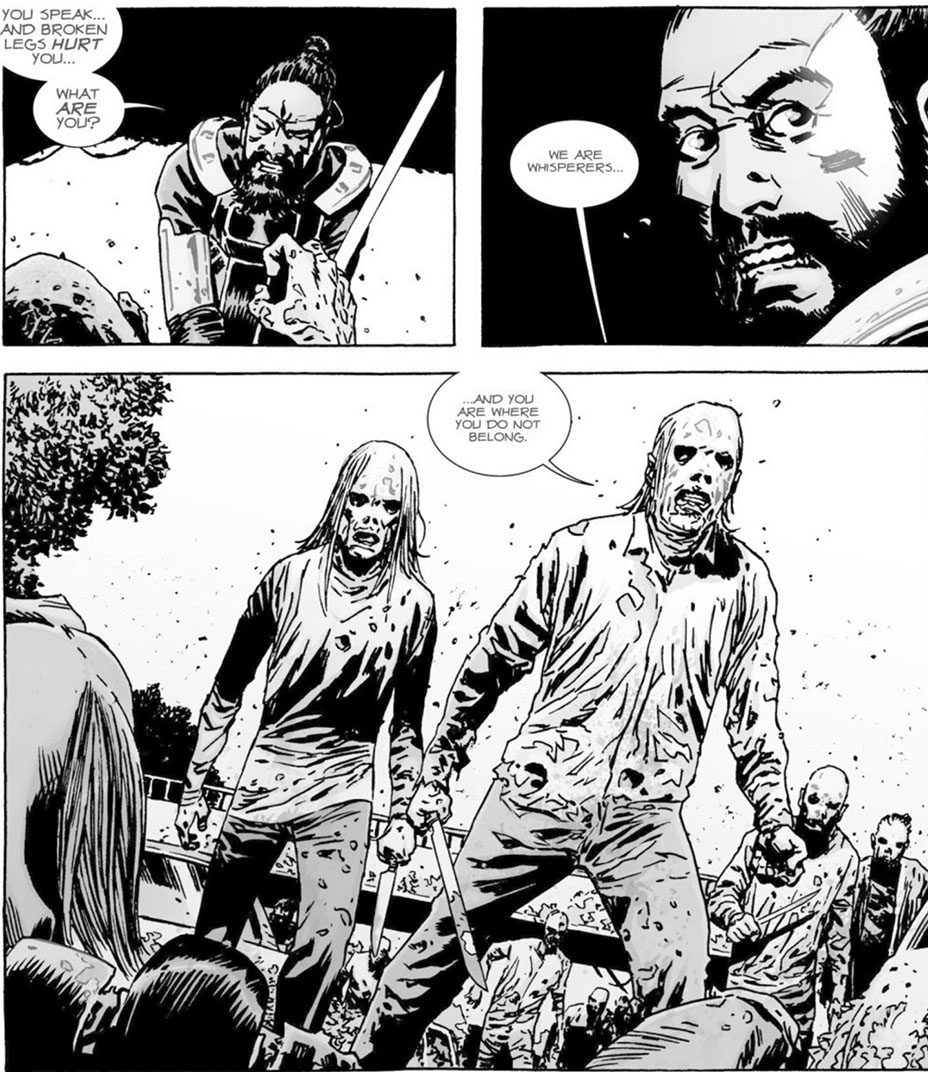 Not long after Dante’s battle, the first main Walking Dead character to face off against the Whisperers manifests in the form of Jesus, forced to singlehandedly take on these blade-wielding, soft-talking men and women. One of the first things he ever hears from the Whisperers in the comics is also the very last thing Jesus ever heard on the TV show: “You are where you do not belong.”

From there, Jesus proceeds to maim and kill countless Whisperers, using his natural gifts as both a swordsman and a martial artist in equal measure. It’s one of many examples of Jesus’ strengths as a combatant, something Payne very much mourned missing out on in the TV series. (In that regard, Payne told THR: “In the background, I was training every single week. I was ready and raring to go. You can’t help but feel a little bit despondent when you’re not released to do some cool stuff.”) 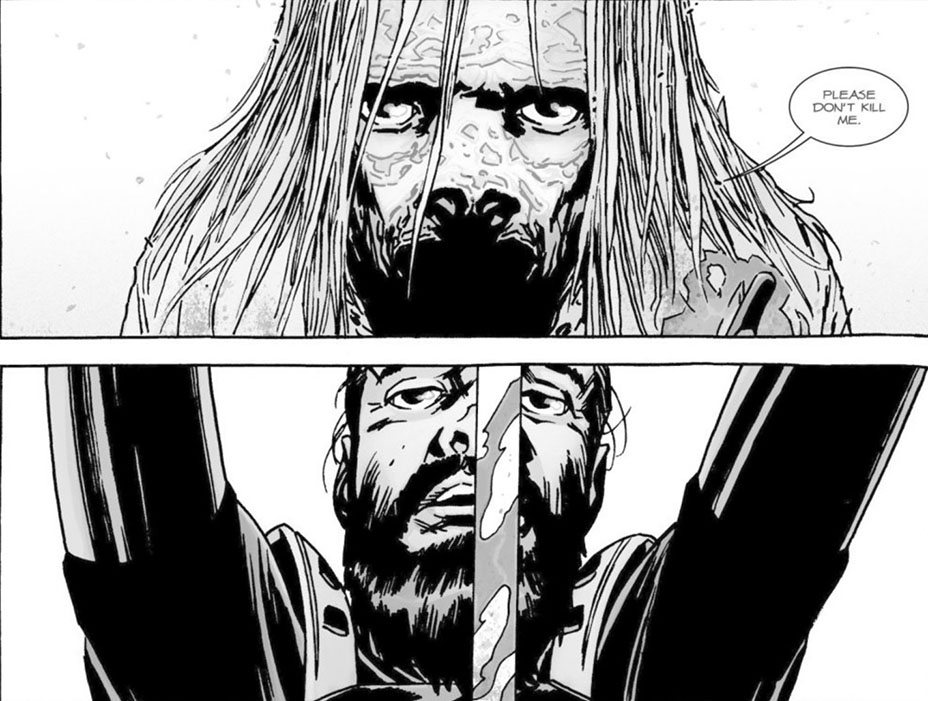 Jesus’ opening battle against the Whisperers is a blowout victory, and ends rather unexpectedly: with the apprehension of an enemy combatant, a young girl named Lydia. The TV series has already tapped Cassady McClincy as Lydia, someone who should have a monumental role to play in the Whisperer arc moving forward, if sticking to the comic book script. In the pure speculation department, it’s worth wondering if Lydia’s arrival won’t come as soon as the midseason premiere, as Kang teased the group making “a startling discovery” as they escape their current predicament with the Whisperers; finding a child hidden among the Whisperers’ ranks would certainly qualify. 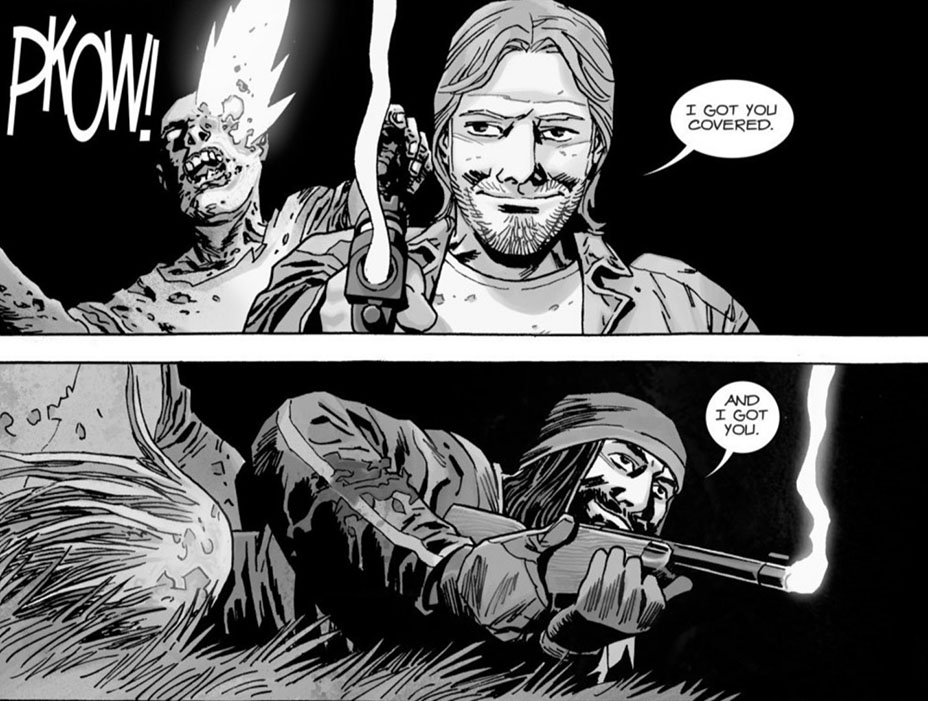 From there, Jesus goes on to play a major role in the war against the Whisperers — and on an even more personal note, he goes on to find love. The comic books feature a romantic relationship between Jesus and Aaron, which was hinted at in the past two episodes of The Walking Dead. For his part, Payne openly admitted his lack of interest in such a story arc: “I liked that they had a friendship, but I felt like a further relationship wasn’t necessarily required.”

With Jesus’ death, a further relationship will certainly never transpire on the show — nor will this epic fight between Jesus, Aaron and a key member of the Whisperers:

How the TV series plans on handling the biggest Jesus action sequence in Walking Dead comic book lore, without Jesus around to push it forward, remains to be seen. For now, fans will have plenty of time to ponder the future of the show without Jesus in tow, as season nine won’t return until February 2019.