The Walking Dead comic book series is roaring back to life almost exactly one year after it ended, if only for a moment.

Robert Kirkman and Charlie Adlard’s long-running zombie apocalypse series, which ended in July 2019 with a super-sized surprise finale, is set to continue in the form of yet another surprise issue: Negan Lives #1, a 36-page one-shot centering on the titular baseball-bat wielding antihero, played in the AMC television adaptation by Jeffrey Dean Morgan.

“I’ve been inspired by Steve Geppi and Diamond’s efforts to shine a light on how essential the Direct Market is to our beloved industry with their #backthecomeback campaign,” Kirkman says of the choice to release Negan Lives as a comic book store exclusive. “While Charlie Adlard and I had laid the series to rest, this felt like something special we could do for the store owners who made our series a success to begin with. To that end, I’m happy to report that 100% of the revenue generated from this book will go to the stores selling it. The retailer community does backbreaking work to get comics into the hands of our loving fans, we should all be doing more in these trying times to show them how appreciated they are.”

At San Diego Comic-Con in 2019, Kirkman revealed that he was interested in someday revisiting the franchise in the form of a Negan spinoff: “Negan is alive … I think that’s a cool tidbit. He’s still out there, theoretically living in that farmhouse. There might be a story to be told there. It’s possible that’s my escape hatch if my career takes a nose dive when I’m 42. The joke is I’m very nearly 42.”

Negan returns — indeed, Negan Lives — in the form of the special one-shot issue, out July 1. 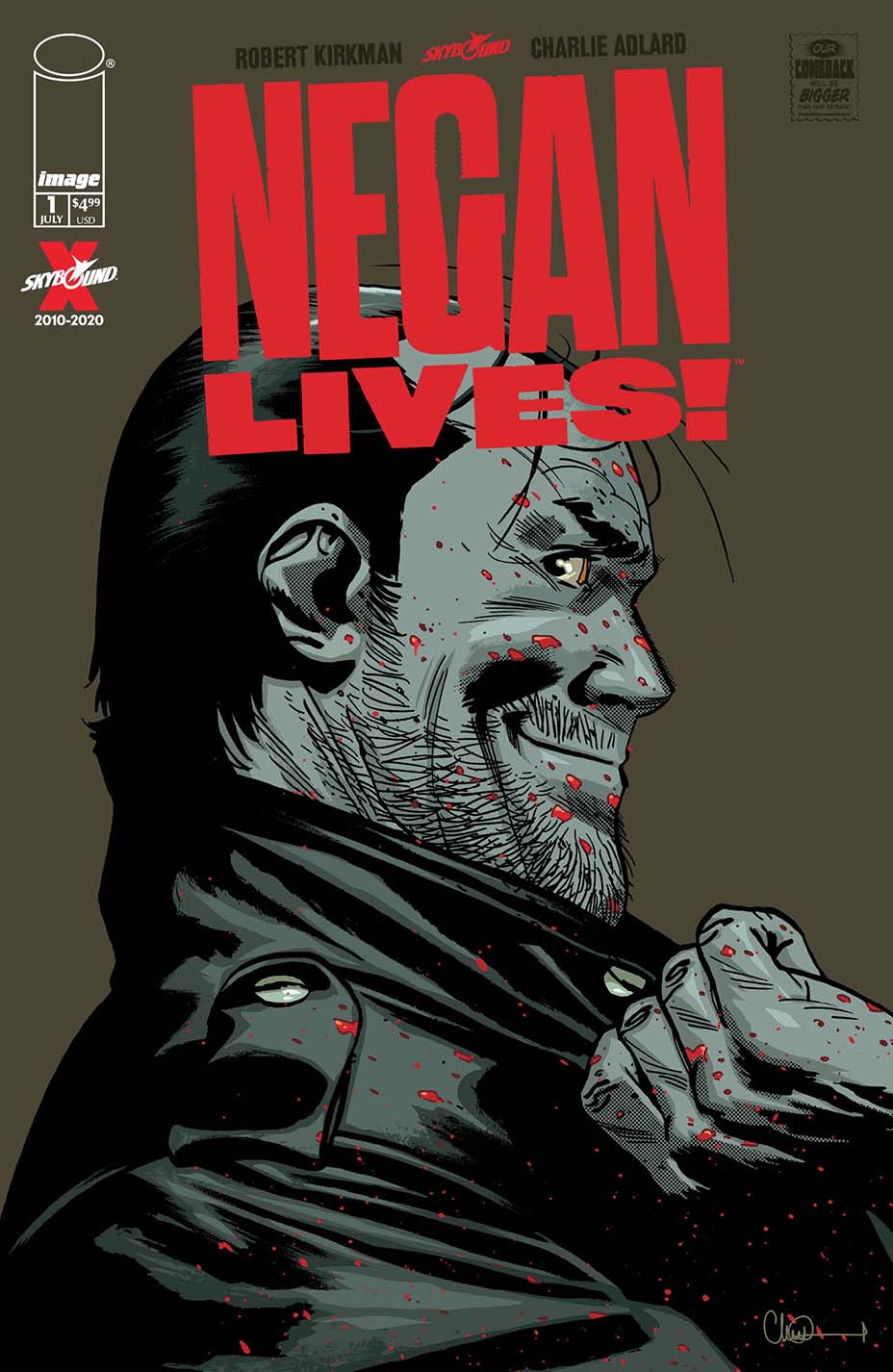