Scott Wilson, the late actor who played Hershel Greene on AMC’s The Walking Dead, was honored by the zombie drama in the closing moments of its latest season premiere.

At the conclusion of the season nine premiere, called “A New Beginning,” a title card paid tribute to Wilson, who died Oct. 6 following a battle with cancer. Following a preview of what’s ahead in the second episode, an image of Wilson in character as Hershel emerged, with the words: “In Memory of Scott Wilson.”

News of Wilson’s death hit social media roughly one hour after The Walking Dead panel at New York Comic Con 2018, where it was announced that the actor would be reprising his role as Hershel at an undisclosed point in season nine. Sources confirm to The Hollywood Reporter that Wilson had filmed his appearance prior to his death.

Scott Wilson, Actor in 'The Walking Dead' and 'In Cold Blood,' Dies at 76

In the wake of his passing, several of Wilson’s Walking Dead colleagues paid tribute to the late actor, including actor Khary Payton, who wrote, “The first time I met Scott Wilson, he gave me a big hug and said that this thing I had become a part of … was a family. He said I had a responsibility to take care of it. I have tried very hard to do that, sir. & I will continue. I promise. See you on the other side, my friend.” Fellow Walking Dead actor Michael Cudlitz added, “Rest easy my friend.” And actor Tom Payne, who plays Jesus on the show, said, “Goodbye Scott Wilson you absolute legend.” Chandler Riggs, who played Carl through eight seasons, said that he will “never forget the things you told me and the time we spent together on set.”

“Scott was one of the greats, both as an actor and a man,” said Walking Dead executive producer Gale Anne Hurd. “We in #TheWalkingDeadFamily are truly grief stricken. He lived life to the fullest with his true love, his wife Heavenly. He is now a shining star in heaven spreading kindness and light forever.” 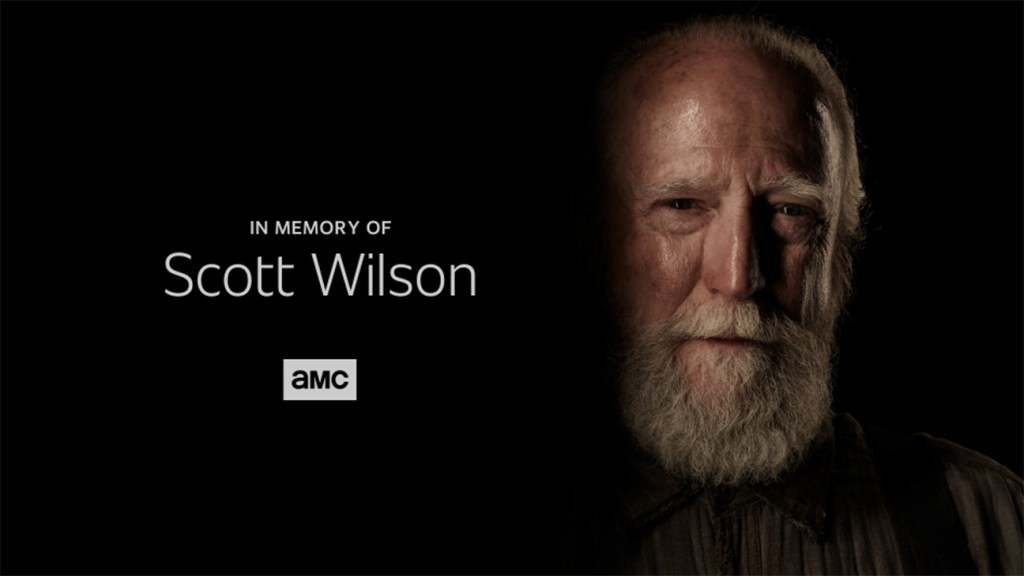