[This story contains spoilers from the season eight finale of AMC’s The Walking Dead and the comic book series on which the show is based.]

The Walking Dead ended its eighth season Sunday with the long-awaited conclusion to the “All-Out War” storyline from the comics and the battle between Rick and Negan. And, in a larger sense, the episode closed one chapter and opened a surprising new one in the AMC zombie drama.

Unlike many of the finales that came before it, Sunday’s closer did not feature any major character deaths. Instead, the show’s large cast of series regulars all survived, with one moving over to spinoff Fear the Walking Dead. That set up the series to open a new, hopeful chapter that comes as current showrunner Scott M. Gimple steps down to oversee the entire franchise for AMC, with Angela Kang taking over the zombie drama in season nine.

The conclusion of the war between Rick (Andrew Lincoln) and Negan (Jeffrey Dean Morgan) followed some of the events of creator Robert Kirkman’s comic series: Rick — inspired by Carl’s dying wish for a life of “something more” — opted to spare Negan’s life after the rivals went toe to toe. Despite being outnumbered by the Saviors, Rick’s group came out victorious thanks to Eugene (Josh McDermitt), who manufactured faulty ammunition for Negan that ultimately took out a number of Saviors. That turned the tide in Rick’s favor and ultimately allowed him to honor Carl’s (Chandler Riggs) hope that he’d create a peaceful future without violence.

While Rick still slit Negan’s throat, he opted to keep his enemy alive and have the man who killed Glenn (Steven Yeun) and Abraham (Michael Cudlitz) serve instead as a reminder of how they are building a new civilization — and that the world has changed from his rule of terror.

“Whatever conclusion we have will have been earned by what has transpired this season and seasons before it and how it all cumulatively adds together,” outgoing showrunner Scott M. Gimple told The Hollywood Reporter ahead of the finale. “What is the message of the series? Is it a dark message, or is it a light message? I think the end of this episode looks like the answer to that question.”

Rick and Michonne (Danai Gurira) deliver that message of hope to Negan following a brief time jump that sets the stage for The Walking Dead — under Kang — to start anew after Gimple said Sunday’s finale would be a conclusion of sorts to the first chapter of the series.

“We knew for a long time that this season was, in many ways, the end of a chapter of the show,” Gimple said. “The differences that people will be seeing in season nine and beyond are going to be pronounced. It’s going to be a very different show with characters handling very different issues, challenges and threats than we’ve seen before. These characters will be different in a lot of ways.”

As for whether or not Negan can be redeemed, Negan revealed that his random selection of Glenn and Abraham wasn’t actually random — he tells Rick that he didn’t want to kill a father in front of his son.

Season eight included many nods to the show’s 100 episodes that came before it, with a handful of nods to the pilot. Sunday’s finale featured a pre-outbreak Rick walking with a young Carl in a scene that Carl described in detail in the letter he left for his father. 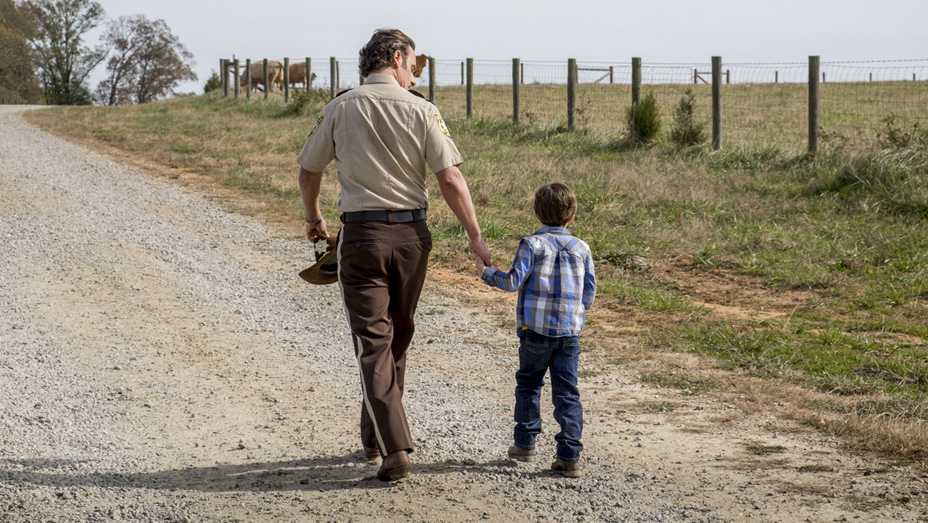 “We wanted to close out this first chapter in a way that honored everything that came before season eight,” Gimple said.

All told, Carl’s death helped Rick set the stage for the new, hopeful and peaceful chapter of the series. As for the question of Rick’s fate that had been set up since the premiere, the image of the badly bleeding former sheriff with red eyes leaning against a tree came at the end of his fight with Negan and helped to cement the season’s larger message: his mercy prevailed over his wrath (at least for now). It’s worth noting that “Mercy” was the title of the season eight premiere, while “Wrath” was the name of the finale.

What kind of world can they make? #TWD pic.twitter.com/JjubPZ3eeF

Meanwhile, star Lauren Cohan’s future with The Walking Dead remains unclear as the actress, who has played the key role of Maggie since season two of the zombie drama, has been locked in a months-long contract renegotiation with AMC. (She still does not have a contract to return, though Gimple said there would be news on that front “soon.”) Cohan recently signed on as the female lead in the ABC action drama pilot Whiskey Cavalier. Sources say ABC and Whiskey producers ABC Studios were amenable to allowing the actress to return in a limited capacity to potentially close out Maggie’s storyline. Cohan’s deal for Whiskey Cavalier does leave the door open for her to return to the series on a more limited basis should she and AMC close the gap and agree to a new deal. (Walking Dead typically begins production on new seasons in the spring, when most broadcast shows have already wrapped.) Even with the uncertainty surrounding Cohan, the finale set up a new story for Maggie, who was furious that Rick opted to leave Negan alive. Her season eight story ends with a vow to Jesus (Tom Payne) and Daryl (Norman Reedus) that she would avenge Glenn’s death by eventually killing Negan. 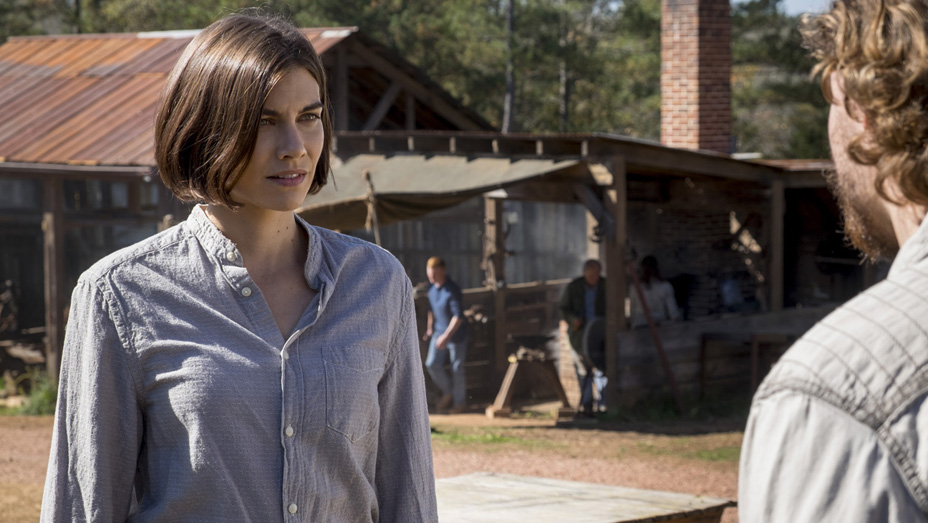 Sunday’s finale also launched Morgan (Lennie James) into the world of Fear the Walking Dead, as the character Rick first encountered back in the pilot continues to have trouble with the guilt of what he’s done and opted to leave Alexandria. In the interim, he left for the Heaps and invited Jadis (who reveals her real name is Anne) to return to Alexandria.

As for what comes next, the episode opened the door for Kang and company to explore a few other comic book arcs.

(Major spoilers from the comics ahead.)

In the comics, after Negan is taken prisoner, Rick begins a barter system with all of the communities — Alexandria, the Hilltop, the Kingdom and even the Sanctuary. While the days of peace that follow the sizable time jump in the comics last for a number of issues, it isn’t long before a new war is on the horizon. Sunday’s finale offered a few key clues that The Walking Dead may indeed be ramping up to introduce Alpha and the Whisperers, as the next battle that follows Negan is the so-called Whisperer War.

For those who haven’t read the comics — and this is a major spoiler — the Whisperers are a group of survivors who use the skins from the dead as a disguise for survival. Alpha is the group’s female leader who, much like Jadis was when the Heapsters were first introduced, is light on words and isn’t open to making new friends, let alone working with other communities. Alpha also happens to control a massive herd of the undead, which she uses as a weapon (and to threaten Rick). In his speech to the Saviors and the rest of the survivors, Rick points to a massive herd off in the distance as the lone enemy. Another clue that the Whisperer storyline could be coming lies on that same battlefield, which is lined with a number of fence posts. While it seems like a throwaway piece of scenery, in the comics, those spikes of sorts serve as a boundary between Rick and the Whisperers. (And a final resting place for a number of beloved characters, which we won’t spoil here.)

What did you think of the season eight finale? Sound off in the comments section, below. Stay tuned to THR.com/WalkingDead for interviews with Gimple, Kirkman, Lincoln and Morgan plus more analysis.