Much has changed in the Walking Dead universe since Alexandria defeated the Saviors so many months ago. Original castmember Lennie James (Morgan Jones) fled the scene for Fear the Walking Dead, for one thing, his inaugural run on the AMC zombie spinoff now complete. The change of scenery for Morgan pales in comparison to another shake-up in front of the camera, however: Andrew Lincoln, star of The Walking Dead since the opening scene of the series, is about to leave the franchise.

The erstwhile Rick Grimes announced his departure from The Walking Dead at Comic-Con this past summer, a move that graciously allowed fans to begin making peace with the loss of such an iconic character — a character who is still very much alive and well in the comic books from Robert Kirkman and Charlie Adlard, for those who only pay attention to the TV series. Lincoln will exit at some point in season nine, which premieres Sunday, Oct. 7 on AMC.

As it turns out, Lincoln not only gave the fans plenty of notice about his coming swan song; he also afforded the same courtesy to the creative minds behind the blockbuster as well, including Angela Kang, the longtime Walking Dead writer-turned-showrunner as of season nine.

“It definitely wasn’t something he sprung on us at the last minute,” Kang tells The Hollywood Reporter about how Lincoln alerted the Walking Dead powers that be about his exit. “It was under discussion for a long time. He takes the job so seriously, is so lovely and wonderful to work with, and he wanted to make sure we had time to figure out our story and take care of that business.”

According to Kang, Lincoln revealed his intentions well before production wrapped on the show’s eighth season, the same year that saw the death of Carl Grimes, played since the first episode by Chandler Riggs. Through that moment in the series, Carl’s demise was by far and away the biggest change between the Walking Dead source material and the TV series. Without question, Rick’s coming departure, however it plays out, is the biggest departure of them all.

With that in mind, one can only imagine the amount of creative pressure applied to Kang and her team of writers, not to mention Kirkman, who introduced Rick Grimes to the world 15 years ago in the pages of Image Comics’ The Walking Dead #1, first published in October of 2003.

“For Robert, Rick is obviously such a big part of the comics,” says Kang. “He would have loved for Rick to stay for the length of the series, as all of us would have. But we’re dealing with human beings. We’re dealing with flesh and blood. [Lincoln] needs to be with his young children and have more flexibility in his life. Robert definitely got it. He knew for years that this day would come.”

Once Lincoln’s departure became an inevitability, the challenge inevitably turned to how to write the character out of the series. In that regard, Kang says, “There were a lot of conversations about the ways in which we create a satisfying story for Rick. What are the important things we’ve seen from Rick in the past? What is his legacy? That was the big conversation we had early on. They took some time to discuss. From there, we jumped into breaking the season.” 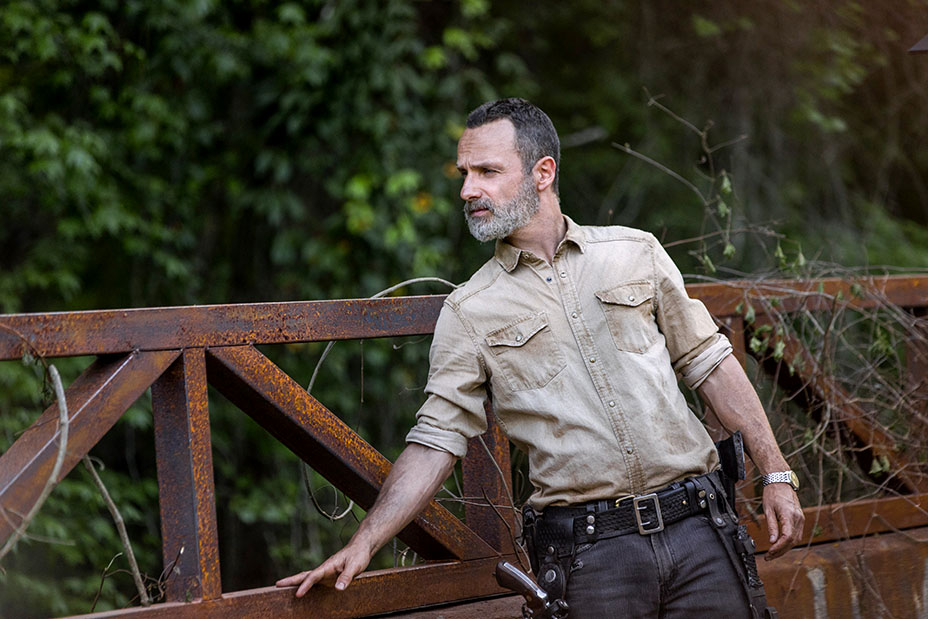 In breaking the season, Kang needed to look no further than the show’s relative position in the comic books’ lore, a moment the features a jump of its own: a leap forward in time, several years after “All-Out War.” Kang says former showrunner, now chief content officer of the Walking Dead franchise, Scott M. Gimple, “always imagined that the end of season eight would close one chapter of the story of The Walking Dead. It really lines up well with how the story breaks in the books, as well. We’re doing a time jump that coincides with the time jump in the comics. It does feel like the story enters a new chapter at that point. It’s not that it’s no longer The Walking Dead; it’s still very much the Walking Dead world, but things change moving forward. It works well with the story we’re trying to explore.”

Season nine of The Walking Dead sees Rick and his allies building a better world, one that more closely resembles civilization before the apocalypse. The effort isn’t without its fresh set of challenges, whether it’s petty differences between individual survivors, greater feuds between groups, or the continued degradation of the world around them. There’s also a new tangible threat marching toward The Walking Dead this season: the Whisperers, a group that survives by wearing suits made from human flesh, allowing them to blend in both literally and culturally with the zombies who have inherited the earth. Samantha Morton (Hulu’s Harlots) and Ryan Hurst (FX’s Sons of Anarchy) are among the new castmembers in the Whisperer camp, playing the menacing Alpha and Beta, respectively.

“It’s one of my favorite stories from the comics,” says Kang. “It’s one of the things I was most excited about when I was asked to take over this season of the show: the opportunity to tell that story.”

As always, The Walking Dead will apply its standard remix approach to the Whisperer arc from the comic, taking key moments from the source material and rendering them with some added twists and wrinkles. It’s a decision that sits well with Kirkman, the man who invented the Whisperers.

“It’s somewhat close to the comics, but it has its own differences as well,” he tells THR. “It’s the differences, to me, that really get me jazzed for [the show], because it puts a fresh coat of paint on it, and it makes it something new for me. It’s not this old, boring thing that I did 10 years ago.”

With that said, Kirkman’s quick to point out that “there’s a lot for comic fans this season. I know that’s something that comic fans are worried about, because of the various different things you’re hearing about the show in general, but there are some really great moments from the comics getting adapted this year. And the core story of the comics is very much intact as much as it’s ever been in the series. You don’t have to worry about that.” 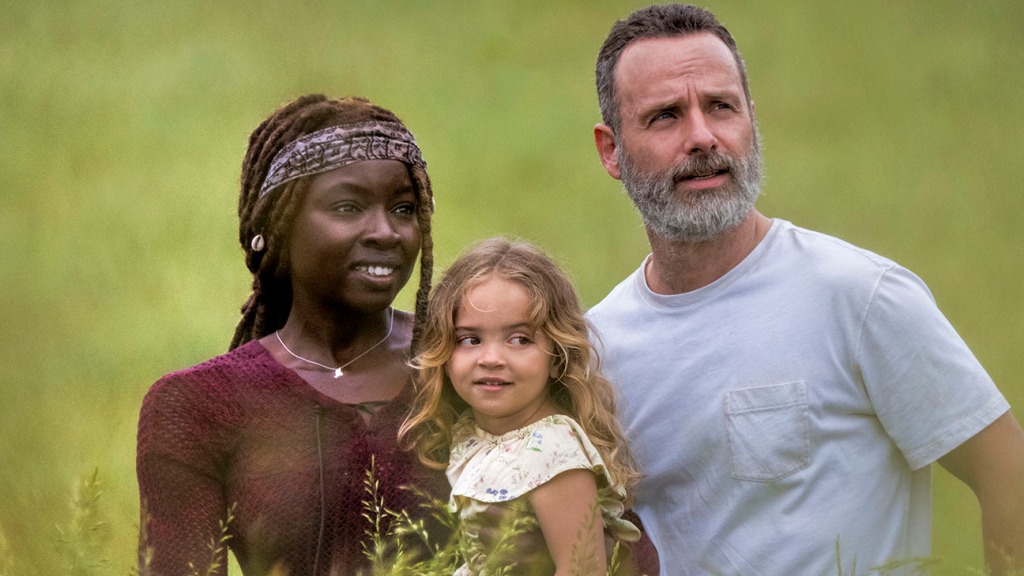 Of course, when it comes to “the various different things [fans are] hearing about the show,” Lincoln’s exit is right at the top of the list. It should come as no surprise that The Walking Dead team would have preferred to live in a world where that news was kept quieter than a whisper. For her part, Kang had adjusted to the reality of having to speak about the leading man’s departure well before the announcement.

“There’s a part of me that’s very pragmatic,” she explains. “My point of view about the whole thing was, ‘We can try to hold onto [the secret], but it’s probably going to leak. Everything leaks! We have to be prepared for that.’ What comes out of that is fans have the chance to choose to opt in to watch the final journey with him.”

It’s not just the final journey with Rick, either, as Kang makes sure to stress major stories lie ahead for Daryl (Norman Reedus), Carol (Melissa McBride) and Michonne (Danai Gurira).

“We’re seeing Maggie [Lauren Cohan] struggle with leadership as well,” she adds. “They’re all finding that it’s no longer a world where Rick is just the leader and they all do what he says. They all have their own opinions. They all have their own ways of going about things. Sometimes they’re very much in lockstep with each other. Sometimes they’re in conflict. Once Rick is gone, the world changes again for them. A lot of those stories are very rich. What those actors are bringing to those roles is so incredible. We’re getting to dive into some of the other things happening. As our characters navigate ‘a Rick-less world,’ we get to see who they become in the aftermath of that.”