The Walking Dead‘s Angela Kang, in her first public remarks since being appointed the franchise’s first female showrunner, said that the AMC zombie drama would be leaning into women in its upcoming ninth season and promised great stories to come for Michonne (Danai Gurira), Maggie (departing star Lauren Cohan) and Carol (Melissa McBride).

But the current landscape for The Walking Dead‘s female characters presents some serious challenges. Michonne is about to lose her partner — and the show is about to lose its lead in Andrew Lincoln (Rick). Carol has been relegated to an insufferably dull storyline over at the Kingdom for two seasons. And then there’s still the question of how AMC will write Maggie out of its story to accommodate star Cohan’s desire to leave following a salary dispute. So, how will The Walking Dead tell what Kang declared were “great stories” about women when its three female leads are either exiting the show or floundering in stale plotlines? The season nine trailer offered some promising moments, suggesting The Walking Dead may be able to overcome this. Here are some ideas for how women could shine in the forthcoming season:

Michonne has been a fierce presence since she was first introduced as a mysterious silhouette in the season two finale — one of the show’s most visually arresting images ever. Yet the Michonne we see today bears little resemblance to that cloaked warrior. This isn’t a bad thing — someone that complex deserves to be more than the token badass. But when she hooked up with Rick, she began deferring to him in ways that seemed counter to her character, beginning the very next day when she reluctantly agreed to raid the Savior outpost. By the next season, the woman who’d clocked Rick Grimes in the face was now turning over her guns and agreeing to not fight. Their relationship had a weird “stand by your man” vibe that didn’t fit her personality.

While we’re not advocating that the show should kill off Rick Grimes (although how can they not?!) it would be great if his death brought back a bit of the old Michonne. We know Norman Reedus’ Daryl has been pegged as the next leader, but why not position Michonne opposite him? What will she do when she discovers Daryl has betrayed Rick? If Daryl is leading the resistance, Michonne could lead the counter-insurgency. Michonne — chief commander and dowager queen of the apocalypse. (Spoiler alert from the comics ahead.) In the comics, she becomes leader of marine operations so there’s plenty of source material to work with. The way she eyes her katana in the season nine trailer suggests that if AMC can hang onto the Black Panther star, fans can expect cool things from Michonne in upcoming seasons. 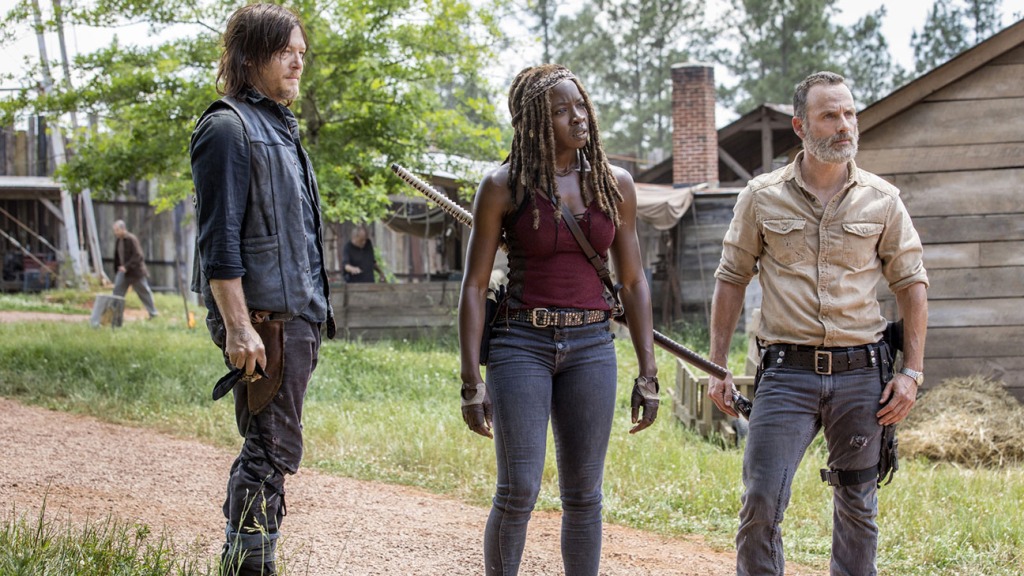 AMC needs to send Maggie out with a bang. The idea of a revenge arc became more convincing when the first trailer was released. “You told me that you’d be the one following me, but you didn’t,” she tells Rick sternly. “That changes now.” The urgency in her voice is palpable and viewers can’t help but feel camaraderie with this woman who has been through so much yet always stayed so composed. Maggie going full ham, enraged that she’s been robbed of the one thing she asked for after so much heartbreak, is both fascinating and relatable.

She deserves her revenge, and if the show leans into her understandable rage to reveal a new Maggie — one who is a mother who has lost everything and no longer cares about diplomacy — it could pay off. Season eight hinted at a budding romance with Alden (new series regular Callan McAuliffe), the benevolent Savior she kept caged in the yard so that could raise the stakes further. Viewers will also get to meet her son, Hershel, which will no doubt add poignance to her final hours if the show decides to close the door on Maggie for good (in what would be another major departure from the comics). If viewers are lucky, AMC’s flashback-happy writers will deliver one more glimpse of Glenn (Steven Yeun), too, before saying goodbye to Maggie Greene. 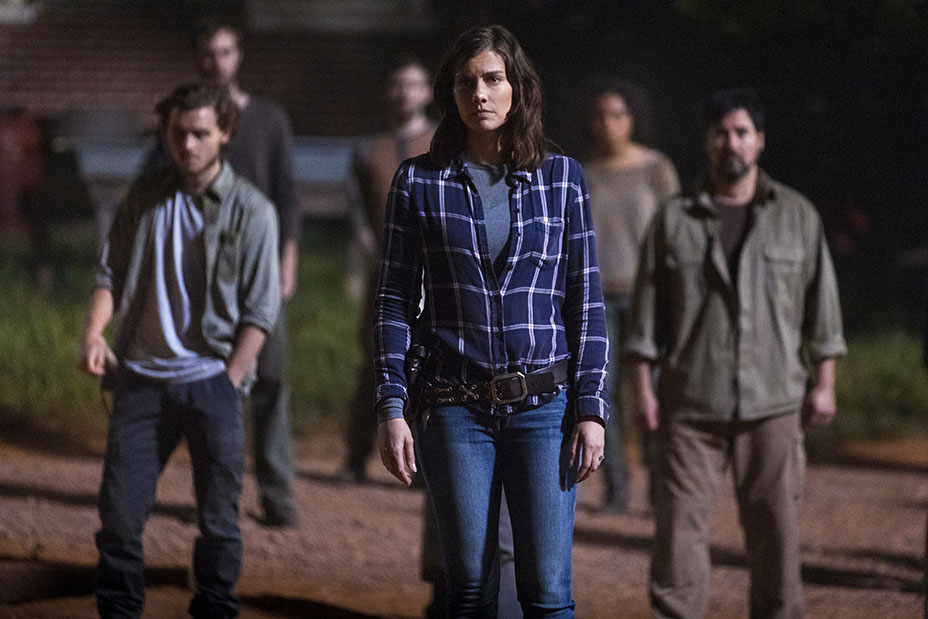 Rambo Carol is everyone’s favorite Carol. The gun-wielding hero who appears in the trailer suggests she’s finally answered her maddening “do I or don’t I want to kill people” question. When she declares that she wants to “end it before it begins,” you can almost hear the woman who smeared herself with war guts four seasons ago and marched into Terminus in a billow of smoke. But what about the softer side of Carol? Her relationship with young Henry (Macsen Lintz) last season hinted at tenderness, particularly the episode “Still Gotta Mean Something” with its parallels to Sophia. Kang has confirmed a romance with Ezekiel (Khary Payton), so it will be intriguing to see how Carol moves through the world with a complete family unit for the first time since season one.

How will Carol react when she finds out Daryl has betrayed Rick? Once everything goes down, what side of the fence will she land on? The trailer shows a sweet moment with her head on Daryl’s shoulder and it’s almost incomprehensible to imagine her ever going against him. But if she disagrees with his decision to go rogue, it could rock their relationship. At one point, in a pre-released scene, he tells her quietly: “If anyone deserves to be happy it’s you.” It’s hard tell if there’s wistfulness or jealousy in his voice — either way it looks like there will be some good Carol-Daryl material in season nine. 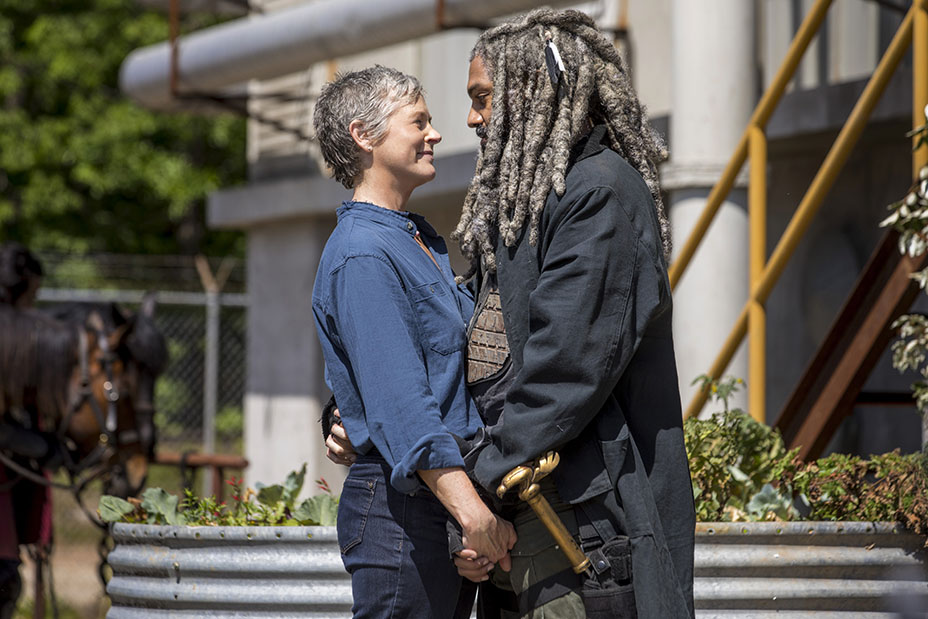 Rosita (Christian Serratos) got a lot less annoying and far more interesting in the sniper loft with Sasha (Sonequa Martin-Green) across from the Savior compound in “The Other Side.” That episode revealed much about her motivations. Viewers learned more of the backstory she hinted at on the railroad tracks with Denise: Before meeting up with the group, she used men to pick up skills — tying knots, rigging bombs, hot-wiring cars. None of them ever noticed, assuming she was too pretty to take care of herself. When Abraham came along and recognized her abilities, she fell in love — hard.

Before Sasha ran into the Savior compound later that episode, she locked the fence and told Rosita it wasn’t her time to die: “There’s got to be a point to it, right? They need you.” If it was a prophecy, the show has never made good on it. Giving Rosita an iconic “Carol-storming-Terminus” moment would not only be fun to watch, it’d be a fitting tribute to Sasha’s legacy. There’s exciting comic book stuff ahead for Rosita with the time jump, including a new romance, so this may be the season that Rosita finally becomes someone fans care about. 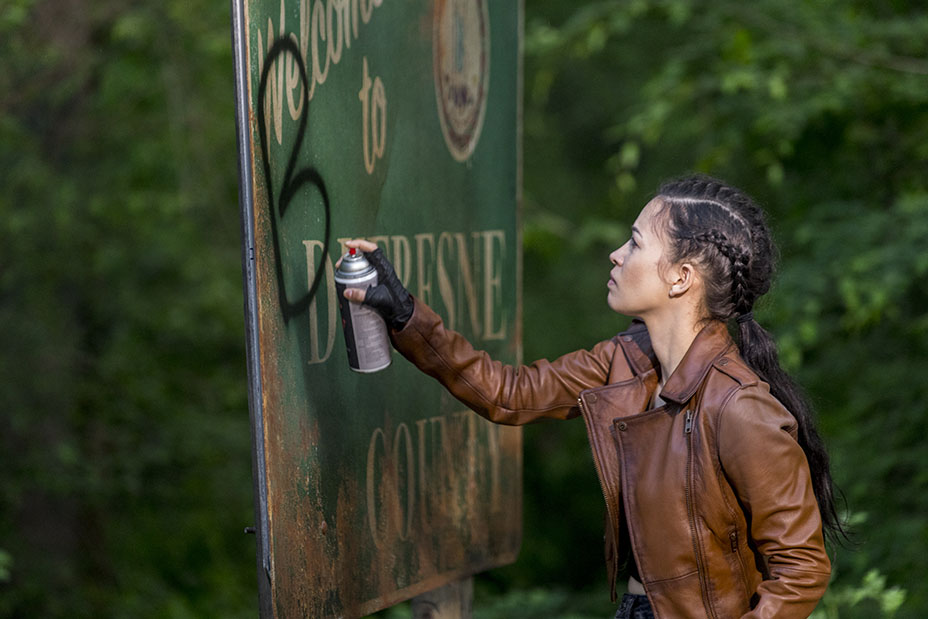 It’s hard to say if there’s ever been a more universally hated Walking Dead character than Jadis (Pollyanna McIntosh), save for maybe poor Lori (Sarah Wayne Callies) and her hordes of tomato-throwing fans. Her faux-Klingon make-believe language fell flat. She was conniving, back-stabbing — and painfully uninteresting … until the episode “The Lost and the Plunderers” when she impressed fans by playing an astonishingly effective fake dead after Simon slaughtered her tribe. Afterward, she stripped down her armor — her literal armor — to reveal Anne, a girl in a white dress with feelings, emotions and, most importantly, prepositions. It was one of the most compelling parts of an otherwise lame half season. In the season nine trailer, there’s a glimpse of her waving at the mysterious helicopter. Could it be Morgan coming in for a Walking Dead/Fear the Walking Dead crossover landing? Probably not, given the time jump, but it will be refreshing to see more of Jadis/Anne and finally get that question answered.

Tara is one of those characters the writers have never managed to make very captivating. Although it’s fun to see a light-hearted character who bumps fists and cracks jokes, her eccentricity often feels forced, as if the writers think sticking a wad of licorice in her mouth or adorning her with wacky glasses is a substitute for a plotline. When Denise (Merritt Wever) was on the show, there was a minute where it seemed like her quirky awkwardness might make up for Tara’s lack of substance, but since her death, the writers have struggled to find something to do with Tara. Her foray over to Oceanside was pointless. Perhaps as Cyndie grapples with stepping into her grandmother’s shoes, their friendship will provide an engaging storyline. Otherwise, it may be time to throw in the towel on Tara once and for all. 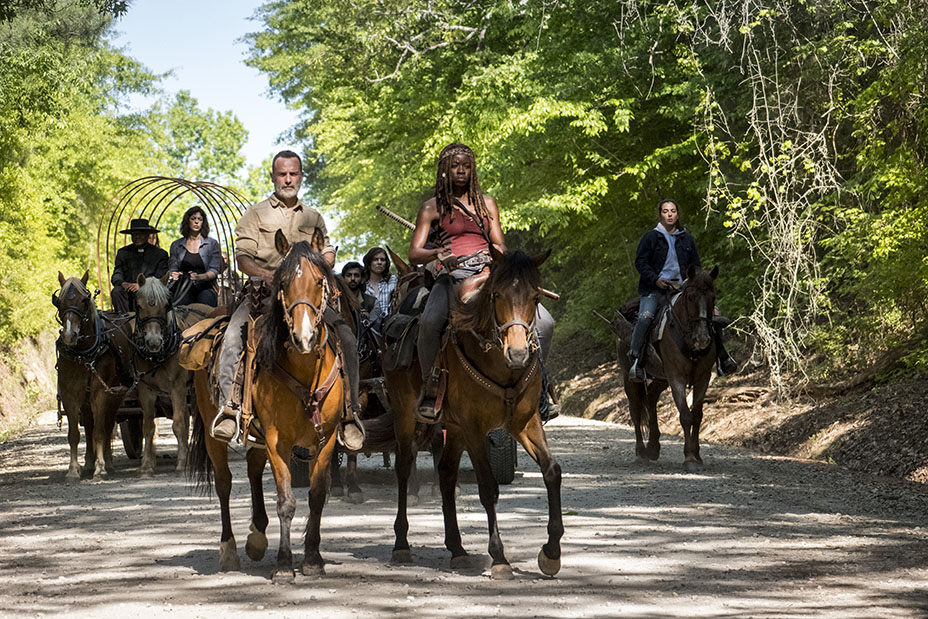 Between Magna (Nadia Hilker), the tough leader of a new group; her girlfriend, Yumiko (Eleanor Matsuura); and sisters Kellie (Angel Theory) and Connie (Lauren Ridloff), the latter of whom is deaf, it looks like viewers may get some impressive female characters in the new band of survivors. Magna is already a comic book favorite. Aside from being a win for inclusivity, it will be interesting to see how a deaf person navigates the zombie apocalypse.

On top of that, the show is about to introduce Alpha, the über-popular comic book villain fans love to loathe. Samantha Morton has been cast in the role; Alpha’s daughter, Lydia, is played by Cassady McClincy. In the comics, Lydia and Carl get involved in a secret Romeo-and-Juliet romance, so it will be curious to see how that plays out in his absence. Henry is too young for a romantic plotline, and so far it seems Enid is straight, so finding an age-appropriate replacement might be tough. Could the star-crossed romance get reassigned to a pair of adults in the opposing groups? Or will that question be answered with a second time jump? Either way, Time will tell, but it looks like there will be lots of meaty material for the new women in season nine.

The Walking Dead returns on Oct. 7. Watch the season nine trailer below, and keep following THR.com/WalkingDead for more coverage.