The Walking Dead stands at a crossroads. Ever-present entities like Andrew Lincoln as Rick Grimes and Lauren Cohan as Maggie Rhee are on their way out the door, the exact circumstances behind their exits still unknown. Time’s a factor, too, as the story skips several months into the future beyond the events of “All-Out War.” The results: an imprisoned Negan (Jeffrey Dean Morgan), an empowered Daryl (Norman Reedus), and an extreme amount of uncertainty.

Among the wildcards in the season ahead: brand new characters and cast members, many of whom are familiar quantities in the film and television space, inhabiting roles that are equally recognizable for fans of Robert Kirkman and Charlie Adlard’s Walking Dead comic books on which the TV series is based. Ahead of the season, AMC announced a litany of new actors joining the already expansive cast — good timing, too, as certain series regulars prepare for disembarkation.

'Walking Dead': How Season 9 Will Move Forward Without Andrew Lincoln

Who will live, and who will die, over the course of season nine? Those are questions for another time. For now, familiarize yourselves with the new individuals set to populate the world of The Walking Dead. Spoilers from the comics are ahead. 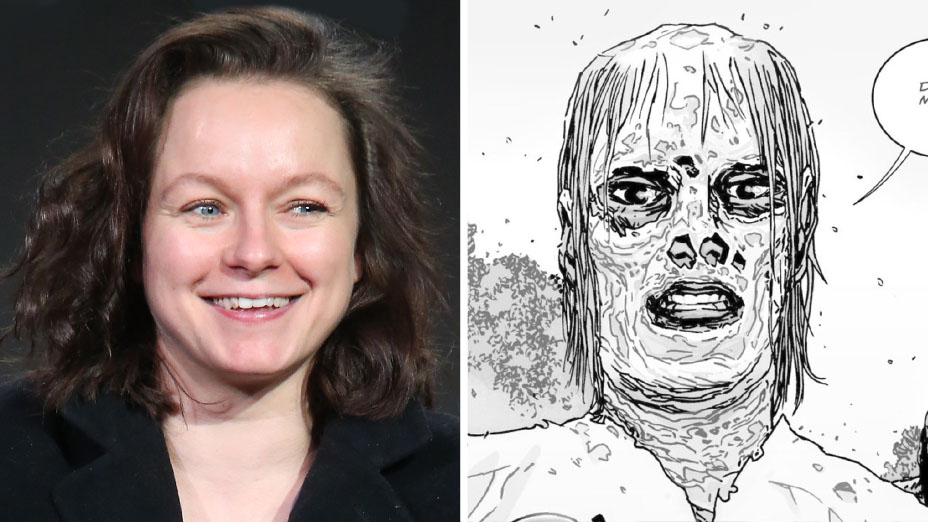 The Harlots star joins The Walking Dead season nine in the series regular role of Alpha, leader of the Whisperers. For those unaware of the new group, the Whisperers are survivors of the apocalypse who blend in with the dead by wearing suits made from human flesh. What’s more, they see the end of the world as the next phase of human evolution, and have adopted more primal customs as a result. As the leader, Alpha is one of few members of the group. 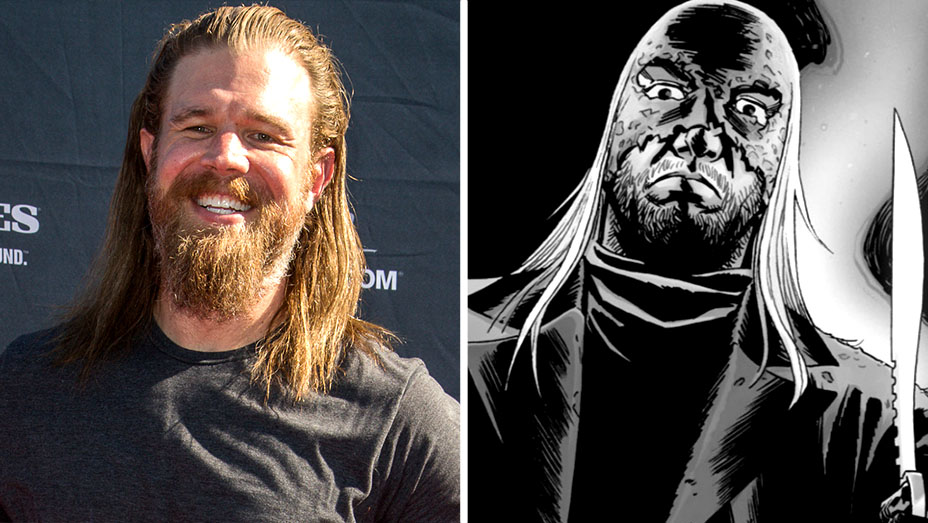 Best known for his role as Opie Winston on Sons of Anarchy, Hurst joins Walking Dead as Beta. He’s the second-in-command of the Whisperers, acting as Alpha’s lieutenant. The strong-and-silent type, Beta is fiercely protective over Alpha. What’s more, he’s fiercely protective over his identity. He is very rarely seen without his mask, refusing to acknowledge the life he led before the world came to an end. In the comics, Beta’s eventually unmasked, with surprising results. 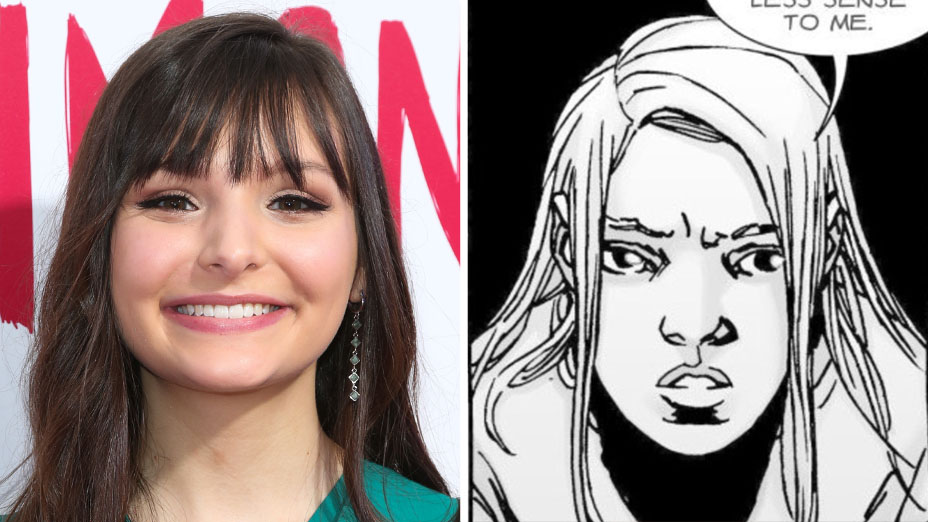 Yet another member of the Whisperers, and one who goes by a considerably more traditional name than the aforementioned Alpha and Beta: Lydia, played by Cassady McClincy (Love, Simon and Castle Rock). In the comics, Lydia is Alpha’s daughter. She also comes to ingratiate herself with the members of the Alexandria Safe-Zone, specifically someone who’s no longer alive on the show: Carl (Chandler Riggs). How the series plans to play out the Lydia arc without Carl in tow remains to be seen. 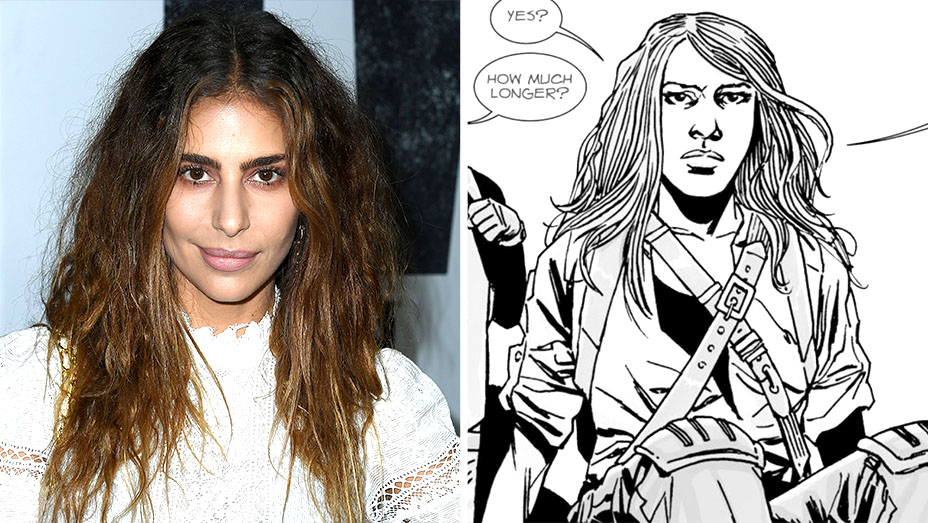 In the comic books, when Walking Dead first plunged into its time-jumped future, it did so with the help of a brand new group of survivors encountering the Alexandrians for the first time. Their leader: Magna, played by Nadia Hilker, known for her work as Luna on the CW’s The 100. As an Alexandria outsider, Magna steps into the well-worn world with a skeptical eye toward the series regulars fans have come to know and trust over the last several seasons.

What Will 'The Walking Dead' Do With Its Women in Season 9? 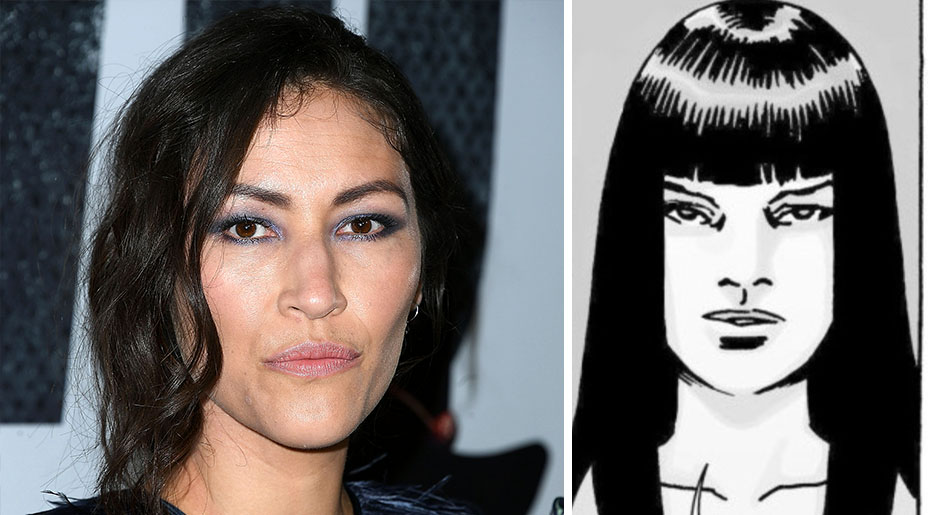 Daryl Dixon won’t be the only bow-wielding badass in the Walking Dead universe for much longer. Enter: Yumiko, played by Eleanor Matsuura. She’s one of Magna’s most trusted confidants; indeed, in the comics, she and Magna are in a relationship. It’s unknown if their romance will wind up on the show as well. 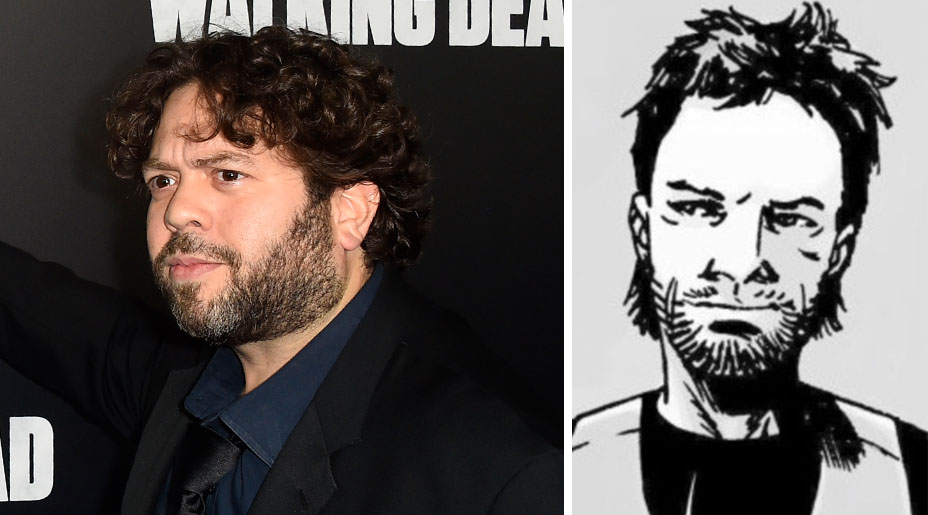 The Fantastic Beasts and Where to Find Them star enters Walking Dead with an eye toward avoiding the not-so-fantastic beasts of the zombie apocalypse. Luke is yet another member of Magna’s group. Saying much more about him would say too much. 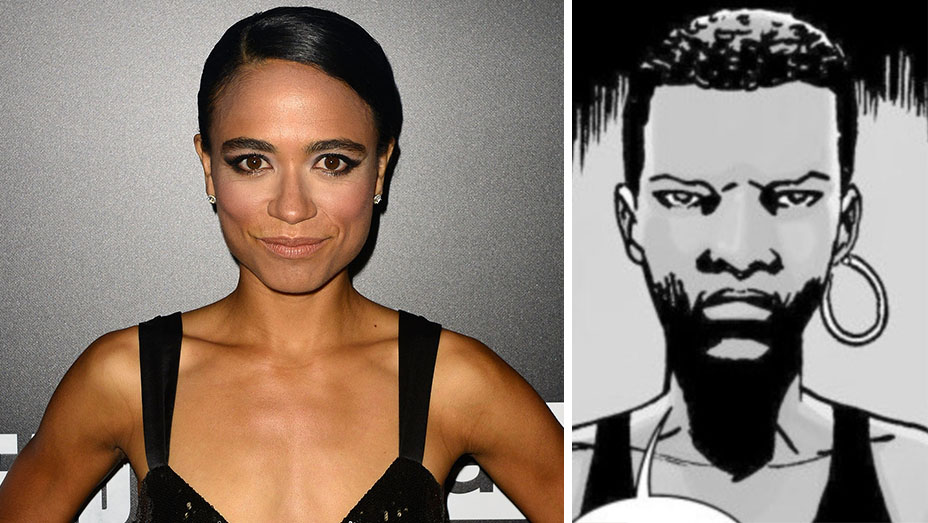 Tony nominee Lauren Ridloff (who earned the nod for her work as Sarah in 2018’s revival of Children of a Lesser God) will join the Walking Dead universe as Connie, the first main character in the franchise who is deaf and communicates using American Sign Language. This is a change from the Connie who appears in the comics, also a member of Magna’s group. 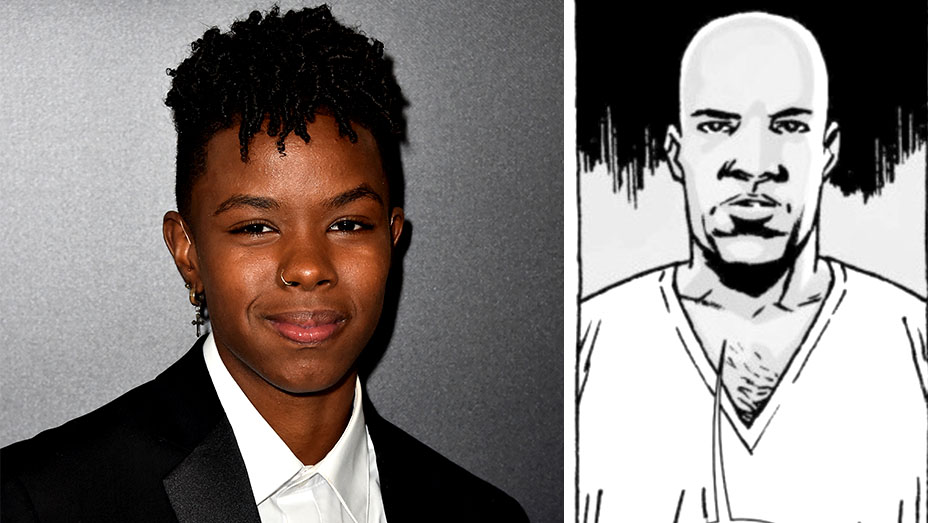 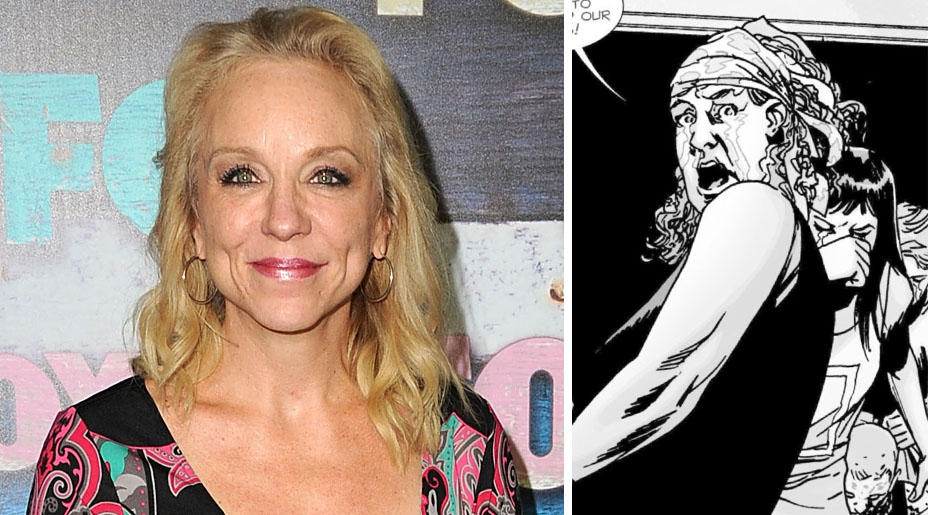 The Grace Under Fire star will play Tammy Rose, a member of the Hilltop community with an axe to grind against the existing power structure. In the comic, Tammy’s conflict stems from Carl Grimes, who nearly beats her son to death in a fight. Since Carl himself is deceased on the show, it’s hard to tell how or even if Tammy will butt heads with Hilltoppers like Maggie. 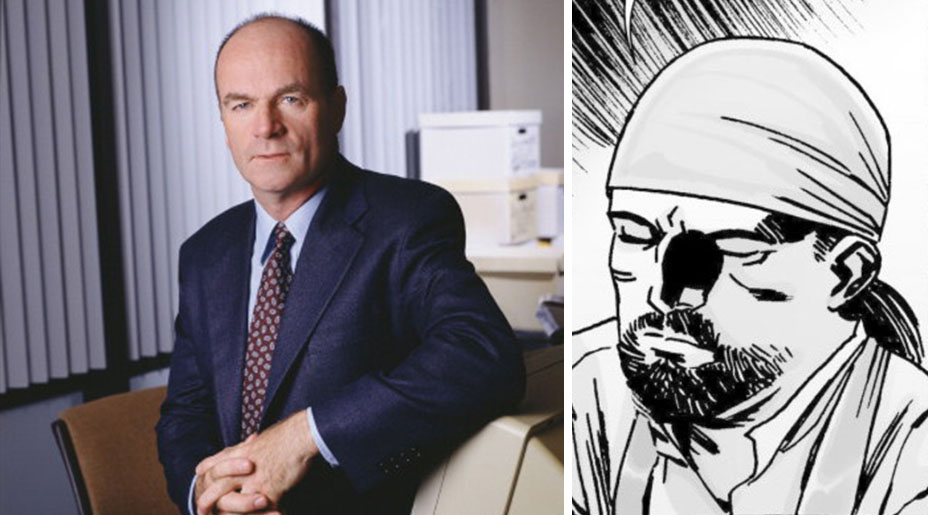 Another character from the comic books, and another one undergoing some alteration. Unlike the source material, Earl is presented on the show as Tammy’s husband. Both on the show and in the comics, Earl is a blacksmith who works at the Hilltop. He’s set to be played by John Finn, pictured above in character from his time as Lieutenant John Stillman on CBS’ Cold Case. 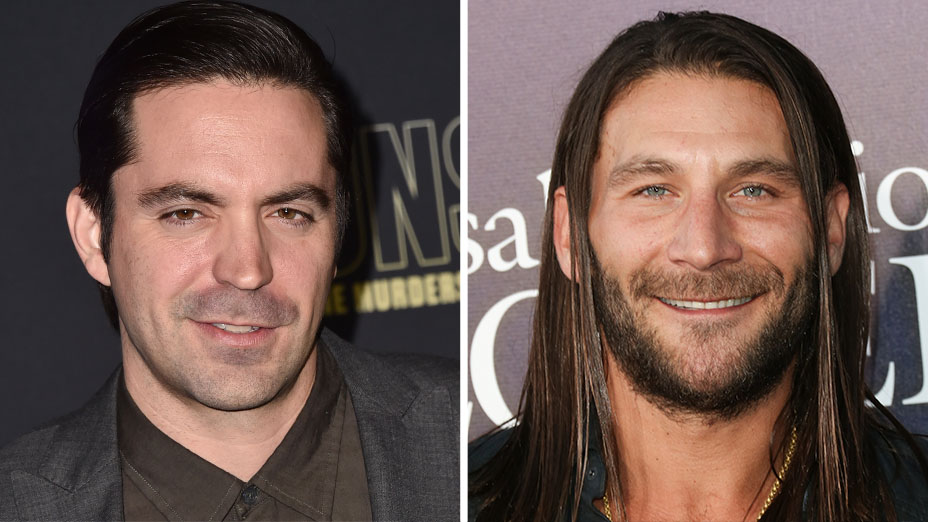 Rhys Coiro as Jed and Zach McGowan as Justin

These veterans of Entourage and The 100 are both joining the Walking Dead cast in similar capacities: as members of the Saviors, such as the Saviors still exist. With that said, the erstwhile Billy Walsh and Roan of Ice Nation are playing characters without comic book roots — at least, not obvious ones. Whatever role they play in the season ahead is as unknown as anything else at this point.

What do you think of the new cast members? Sound off in the comments below and keep checking THR.com/WalkingDead for more coverage.