[Warning: this story contains spoilers for season eight, episode four of AMC’s The Walking Dead, “Some Guy,” as well as the comics on which the show is based.]

For anyone who was wondering how The Walking Dead would be able to get away with having a tiger in the thick of the zombie apocalypse for a significant stretch of time — well, there’s your answer.

The latest episode of The Walking Dead, “Some Guy,” follows Ezekiel (Khary Payton) through a violent voyage of survival, losing almost everyone and everything he cares about in the name of the war against the Saviors. After already losing so many of his friends and fellow soldiers, Ezekiel witnesses the most personal death of all: Shiva the tiger, his beloved companion since his pre-apocalypse days as a zookeeper.

Fans of the show who have also read the comics entered season eight expecting Shiva’s death, killed at this same point in the original “All-Out War” story arc. The two versions of the tragic event are closely aligned, albeit with some changes in the adaptation process.

For one thing, Ezekiel is on his own when Shiva dies in The Walking Dead #118. Both the show and the comics kill the king’s allies in the same devastating manner, ripped to pieces with Gatling gunfire. (Karl Makinen’s Richard, killed last season, dies at this point in the comics.) The TV series sees Ezekiel escaping thanks to help from Jerry (Cooper Andrews) and Carol (Melissa McBride). In the comics, however, Ezekiel makes it out of the battlefield on his own, winding up in a nearby ravine… 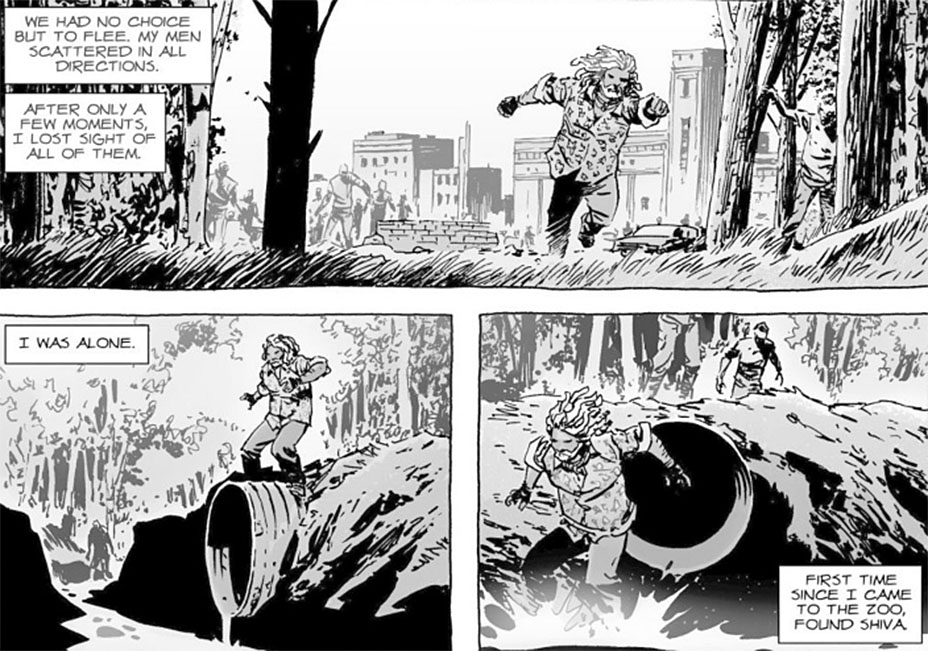 …one that’s eerily reminiscent of where Ezekiel winds up in the show. Both the comic and the AMC series arrive at the same next destination: Shiva, leaping into the fray to save the day… 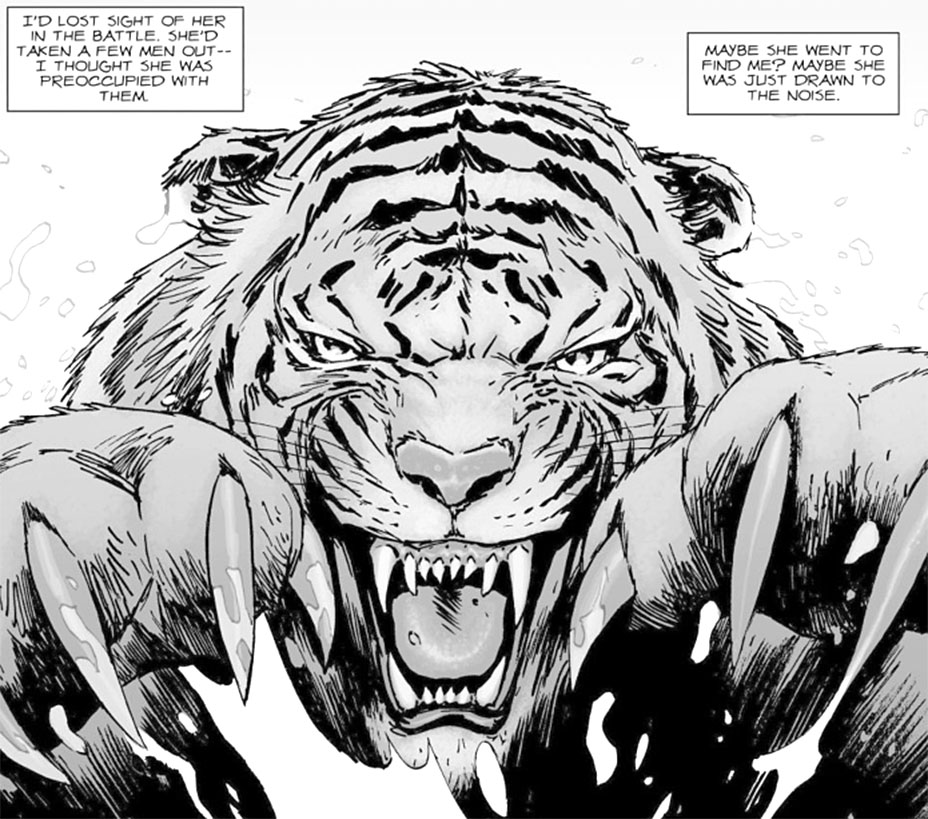 …but at the expense of her own life. 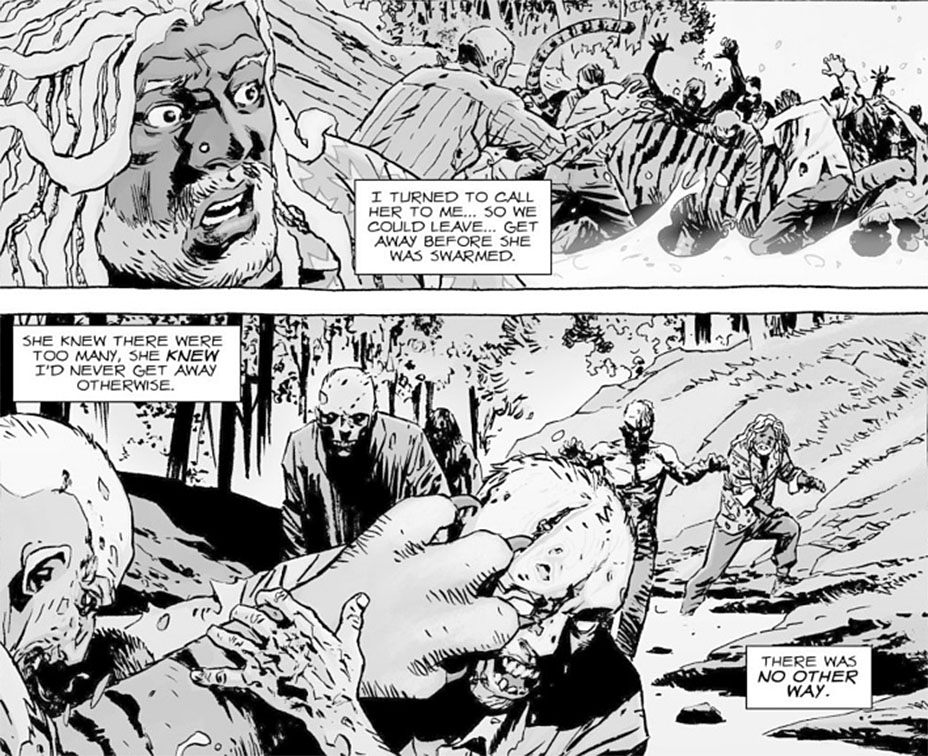 For his part, as much as one can eulogize the loss of an animated character, Ezekiel actor Payton spoke with THR about what he feels Shiva’s death represents: the removal of a “rare beauty [from] this dark, apocalyptic world.”

“That’s the symbol she carries for Ezekiel,” said the actor. “She’s the symbol and embodiment of the Kingdom itself. Who knows how many tigers there are left in the world? At least in [the Walking Dead world], she is a rare creature. I think he felt that way about the Kingdom. It’s a rare place. Seeing that symbol that got him through the early stages of the apocalypse, that was the breakdown for me. It’s all she represented. I wasn’t just thinking about a CGI character necessarily. I was thinking about the embodiment of this rare and beautiful thing he had willed himself into believing could happen.”