Ferris Bueller once said: “Life comes at you fast.” Those words are certainly echoing in the minds of Walking Dead fans right now, currently tasked with processing a new status quo for Andrew Lincoln as Rick Grimes (still alive, with plans to return in the form of a new Walking Dead film series), as well as an even more complicated status quo for the franchise’s timeline.

In the final act of “What Comes After,” following Rick’s medical evacuation via helicopter, the action hops forward several years into the future. In the blink of an eye, the Virginia field where Rick was last seen suddenly becomes overgrown with foliage, a clear marker of the passage of time. One thing that hasn’t changed: the existence of walkers, and lots of them. A new group of survivors emerges, doing battle with the deadly creatures. The squad includes Magna (Nadia Hilker), Yumiko (Eleanor Matsuura), Luke (Dan Fogler), Connie (Lauren Ridloff) and Kelly (Angel Theory), all of whom hail from the comics, with varying degrees of fidelity.

With the walkers closing in on Magna’s group, the survivors form a circle to fight them off, a classic move straight out of the Grimes gang’s playbook — and speaking of the Grimes gang, a strangely familiar someone shows up on the outskirts of the battle to shoot a path through the flesh-hungry horde. As Magna and friends make it out of the field and into the woods, they encounter their very young savior: a preteen Judith Grimes, gun in hand, sword on her back, and her father’s hat on her head. 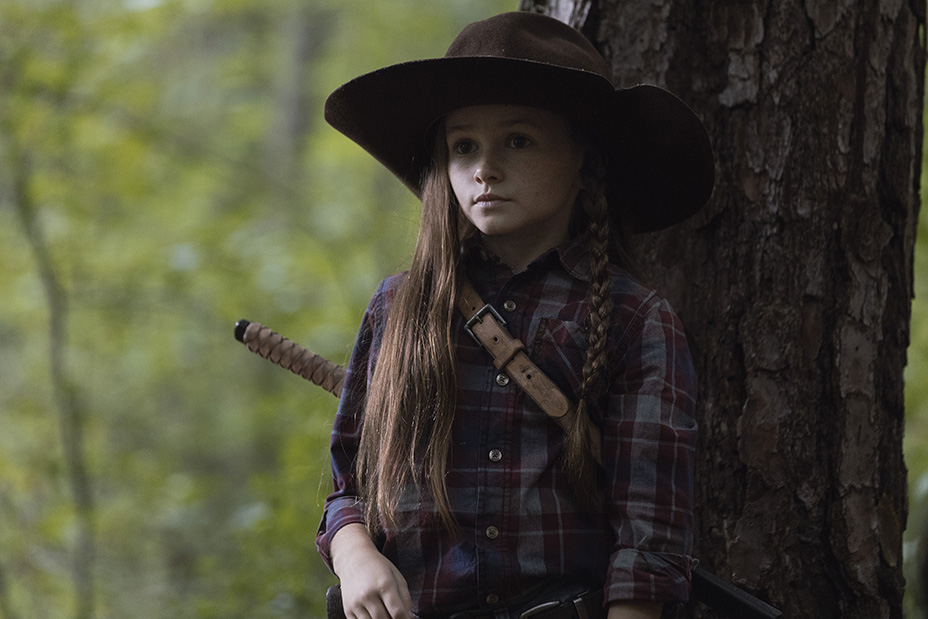 The final act hinges on a move that very much lives up to the title of the episode, “What Comes After,” one that stands out as the single biggest status quo change in the TV series thus far.

“When people come back for episode six, they’re in for another new beginning,” chief content officer and former showrunner Scott M. Gimple tells The Hollywood Reporter about the big Judith surprise and how it feeds into what’s coming next. “The way episode five ended with Little Ass-Kicker being not so little, but still very much an ass kicker…we’ll see these new characters [and how] the world has changed, and not only in just the way it will look, but in the relationships of all these characters and the history that has transpired between the end of Rick’s story [in] 905 and the start of 906. A lot of time has passed.”

How much time? Gimple and the other creative entities involved won’t say much on that front quite yet, though Judith’s appearance is instructive enough on its own. The character, first introduced as an infant in season three, is now played by Cailey Fleming, no stranger to genre fare, having played a young version of Rey in Star Wars: The Force Awakens. Born in 2007, Fleming is almost 12 years old; if Judith is roughly the same age as the actress who plays her, then somewhere in the neighborhood of 10 years elapse over the course of Rick Grimes’ disappearance and the final scene of “What Comes After.”

While the time jump is designed to take viewers by surprise, it’s not a complete left turn for Walking Dead fans who have read the source material from Robert Kirkman and Charlie Adlard. Issue #127 of the comic book series begins much as how “What Comes After” ended: Magna and her allies encountering a time-jumped version of Rick Grimes’ group. In the comics, Judith is long dead at this point, so the first person the new survivors meet in that version of the story is a different but still familiar face: Jesus, played in the TV series by Tom Payne. 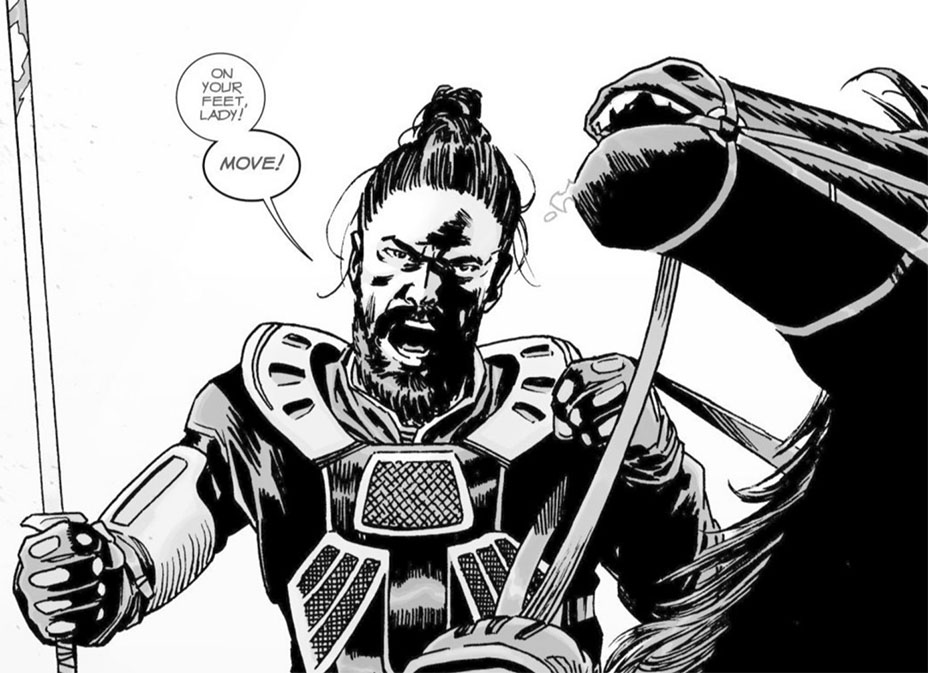 Just because Jesus wasn’t the first person Magna’s party encountered in the television version of the tale doesn’t mean fans aren’t on a collision course with a sword-swinging version of the acrobatic Hilltopper. With that said, given the vast quantity of changes between the comics and the TV show (losing both Rick and Carl Grimes, as well as Lauren Cohan’s Maggie, if only temporarily), it’s anyone’s guess as to what else has changed in the new Walking Dead status quo. Good news: the answer is only one week away — or at least some of the answers.