[This story contains spoilers through season eight, episode 12 of AMC’s The Walking Dead, as well as the latest issue of the comic books on which the show is based.]

“My name is Georgie. These are my friends, Hilda and Midge. And you are?”

Suspicious, is the answer — a group better known by their individual names: Maggie (Lauren Cohan), Michonne (Danai Gurira), Enid (Katelyn Nacon) and Rosita (Christian Serratos). The four women encountered three new mysterious entities in the latest episode of the AMC zombie drama: the aforementioned Georgie, played by House of Cards and 24 alum Jayne Atkinson, as well as two bodyguards with a curious vocabulary. (Imagine Pee-Wee Herman going wild at the suggested secret words of the week: “clumph” and “moisture.”)

Has 'Walking Dead' Revealed "The Key" to the Next Big Death?

Georgie and friends arrived on The Walking Dead at a compelling moment in the show’s narrative, right in the thick of “All-Out War.” Their offer: knowledge for food and music. It takes some time before Maggie and her companions feel comfortable accepting the offer, but eventually, a deal is struck. Georgie provides the Hilltop with a binder filled with information about how to build a sustainable future — a future much like the one outlined by Carl (Chandler Riggs) in his dying moments.

“Communities like yours? Not many at all,” Georgie says in her first scene, answering a question about how many communities she and her allies have encountered in their travels. “And not one for a very long time. What you have is special… unusual. The dead have brought out our best and worst, and the worst has outpaced our best lately. But that won’t last forever.”

Before she leaves, Georgie makes it clear that she plans to return to the Hilltop some day, years down the line. Will she live up to her word? The show will bear that out — but the comic books on which the show is based may provide a bit of a clue as to the character’s future.

With the exception of a bit player who appears in the Negan (Jeffrey Dean Morgan) backstory issues, Georgie does not exist within the Walking Dead comics. However, there is someone who was very recently introduced in Robert Kirkman and Charlie Adlard’s paneled pages who looks eerily similar to the character played by Jayne Atkinson: 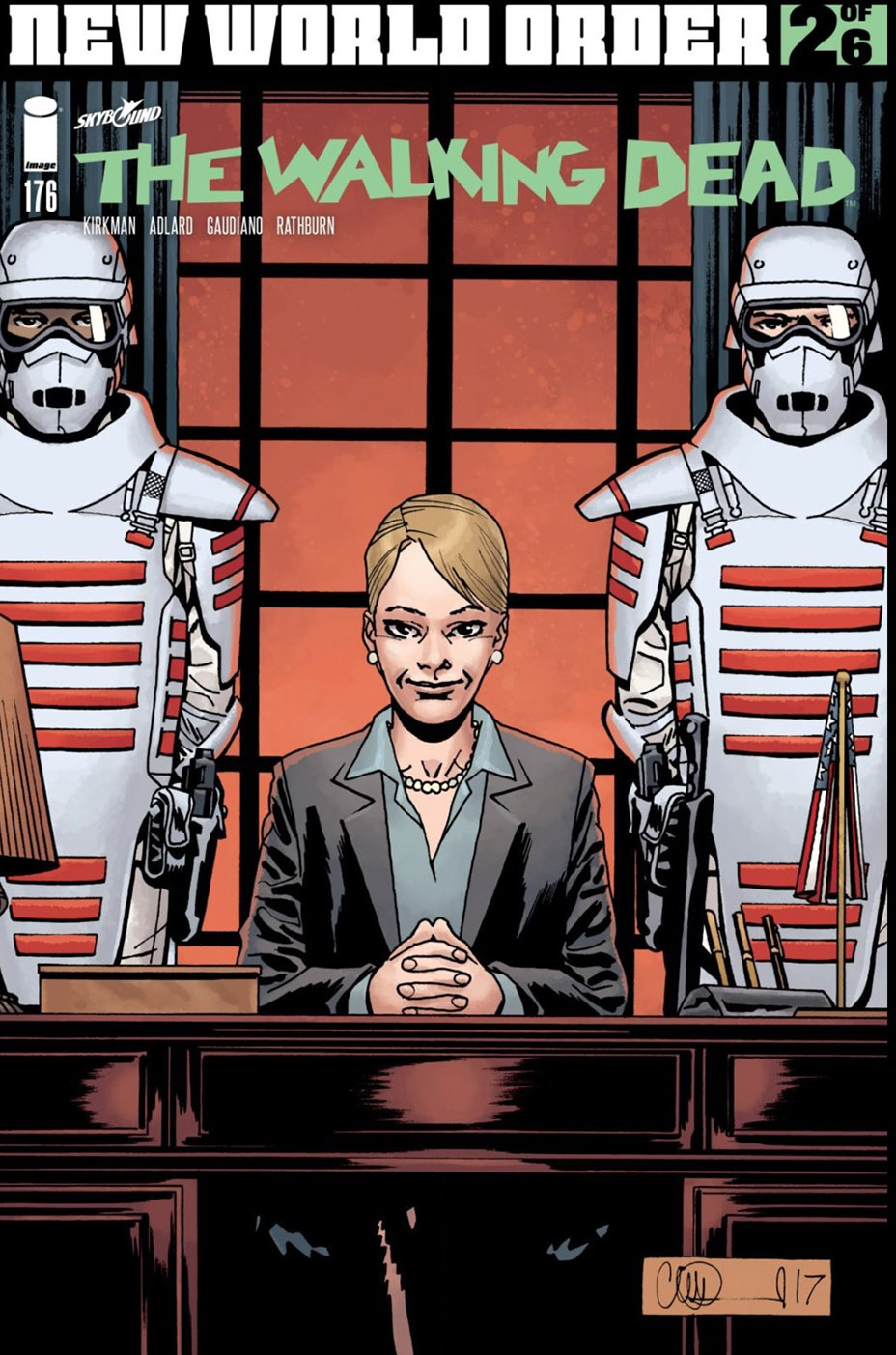 Meet Pamela Milton, leader of the Commonwealth, the biggest community introduced in the Walking Dead thus far. First appearing in Walking Dead #173, the Commonwealth exists in Ohio, far away from the Alexandria Safe-Zone. Michonne and a small group of travelers (including Eugene and Siddiq) are in the midst of learning all about this sprawling new location in the current run of the comics, so its status as a friendly nation or an antagonistic one remains up in the air. For what it’s worth, a plot to overthrow the Commonwealth seems to be brewing among some of the community’s top soldiers. One of these soldiers? His name’s George.

The television adaptation of Walking Dead often remixes the comic book’s most iconic moments, rarely presenting any one story exactly the same as originally envisioned. Outright renaming the character seems like a bit of a stretch, but Pamela and Georgie seem to have much in common beyond the aesthetic. Both women are highly intelligent and have great ambitions for how to restore a sense of normalcy in the apocalyptic world. Both seem like empathetic figures as well: Georgie is a creative soul who craves music and wants to build trust with strangers, while Pamela shows extraordinary kindness to Michonne in an extremely personal moment. (We’ll spare you the specifics, because it’s a massive spoiler with potential ramifications for the show’s future. If you really want to know more, it involves Michonne meeting up with this character.)

Is it possible that Georgie and Pamela share a similar future, as leaders who will have a huge impact on Alexandria and its growth moving forward? It’s certainly not out of the question. However the show’s version of events shakes out, a looming collision between Alexandria and the Commonwealth feels all but inevitable. The only question is whether or not Georgie will be around for the occasion, waiting to implement yet another “exercise in trust.” 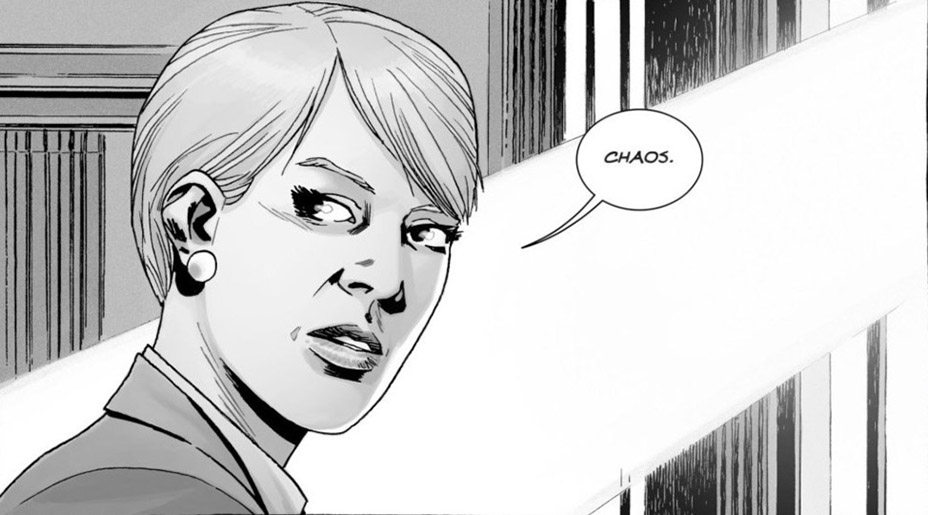 What did you make of Jayne Atkinson’s character? Sound off in the comments section below, and keep following THR.com/WalkingDead for more coverage.