Well, that was unexpected.

In the weeks and months leading up to the newest season of AMC’s The Walking Dead, folks like showrunner Scott M. Gimple and executive producer Greg Nicotero were very candid about their desire to use the opportunity of crossing the 100-episode marker as a way of honoring the past. As of the 101st episode of the series, consider that promise fulfilled: The Walking Dead just brought back one of its original castmembers in shocking fashion — and perhaps the biggest shock is that Rick Grimes (Andrew Lincoln) still remembers the character in question.

For viewers who don’t quite recall the person shoving a gun in Rick’s face at the end of this week’s episode, “The Damned,” you’re certainly not alone. This is a man who hasn’t appeared on Walking Dead in almost 100 full episodes: Morales, played by Juan Gabriel Pareja, last seen in the fifth episode of the first season of the series.

Here, a visual reminder of the man: 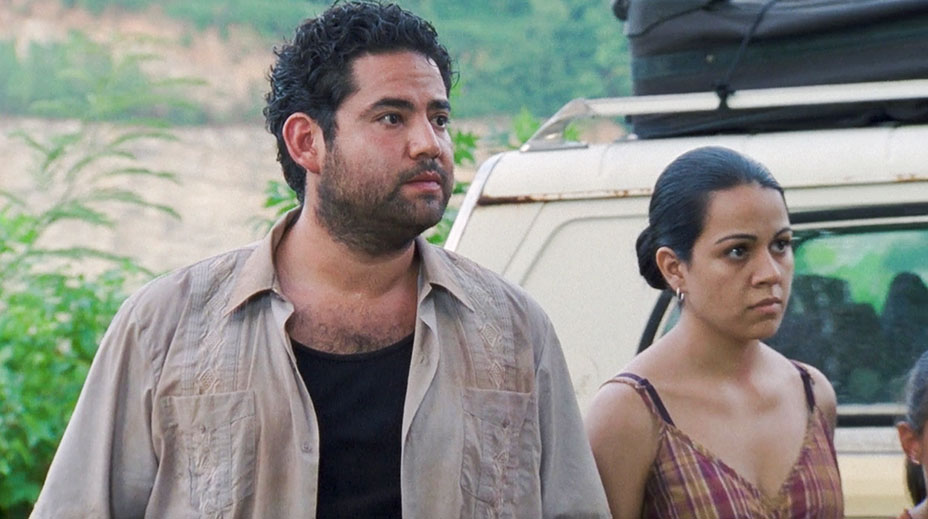 Morales was one of the first people Rick ever met in the apocalypse. They first encountered one another on a rooftop in the middle of Atlanta as walkers swarmed the streets below, while Merle Dixon (Michael Rooker) hollered racist obscenities from high above. Rick and Morales were on the same page almost immediately, but the two barely had time to cement their solidarity, passing each other like ships in the night.

At the end of season one’s fourth episode, the Atlanta survivors came under attack from a pack of walkers, who killed a large swath of the camp. The following morning, Rick and the others decided to leave the site — but Morales, alongside his wife and two children, opted to leave the group, hoping for a family reunion with their loved ones in Birmingham, Alabama. Rick and Shane (Jon Bernthal) supplied Morales with a .357 revolver and a box of ammunition that was only half full, and the two parties subsequently parted ways. Morales was never seen or heard from again … until now.

'Walking Dead': Who Will Die in Season 8?

Did Morales and his family ever make it to Birmingham? It sure doesn’t look like it — or, at least, their time in Birmingham was temporary, as the end of “The Damned” makes it clear that Morales is firmly on board with Negan (Jeffrey Dean Morgan) and the Saviors. There’s little love lost between Rick and Morales, especially given the fact that shortly before their reunion, Rick viciously killed a man who was very likely one of Morales’ family members — and that’s to say nothing of baby Gracie in the other room.

What’s going to happen, now that Rick and Morales have been reunited? How will Morales react when he learns that everyone from the Atlanta crew has died, with the exception of Rick, Carl (Chandler Riggs), Carol (Melissa McBride) and Daryl (Norman Reedus)? Are we really going to add Morales to an already impossibly huge cast, or should we expect to part ways with this character again just as swiftly as the first time? And who out there had “Morales returns” on their season-eight bingo card, because seriously? That’s some impressive predictive power!

'Walking Dead': Who Will Die in Season 8?