At the onset of Disney+’s WandaVision, Mayes C. Rubeo found herself a little bit out of her comfort zone. “I had never done television before,” admits the costume designer, who was Emmy-nominated for her first venture. Rubeo had worked on massive productions — she designed costumes for Apocalypto, Avatar and World War Z and had entered the Marvel Cinematic Universe with Thor: Ragnarok. (Jojo Rabbit, her second collaboration with Ragnarok director Taika Waititi, earned her an Oscar nomination.)

But Rubeo shares that working in the episodic medium felt familiar, particularly because of WandaVision‘s large scale and scope. “This one was a mind-twister,” Rubeo says. “It was very smart writing and [offered] great material for my costumes.” Because of the meta nature of the limited series, in which each episode resembles a sitcom from a different era, Rubeo researched a lot of television history — even though she still approaches her craft as an element of cinema. “Streaming or 35 millimeter, whatever it is — it doesn’t change much for me,” she says. “I treat everything as filmmaking.”

For the 10-part limited series, Rubeo crafted costumes inspired by classic TV that balanced camp with realism — she referenced I Love Lucy for the black-and-white episodes while embracing patterns and primary colors as the series unfolded and parodied ‘70s and ‘80s sitcoms like The Partridge Family and Family Ties.

The grab bag of looks also includes superhero uniforms, both vintage and contemporary, perfect fits for two Avengers. Rubeo admits she also left little clues that gave hints to one of the series’ biggest surprises: the witchy reveal of Agatha Harkness, played by scene-stealer Kathryn Hahn. 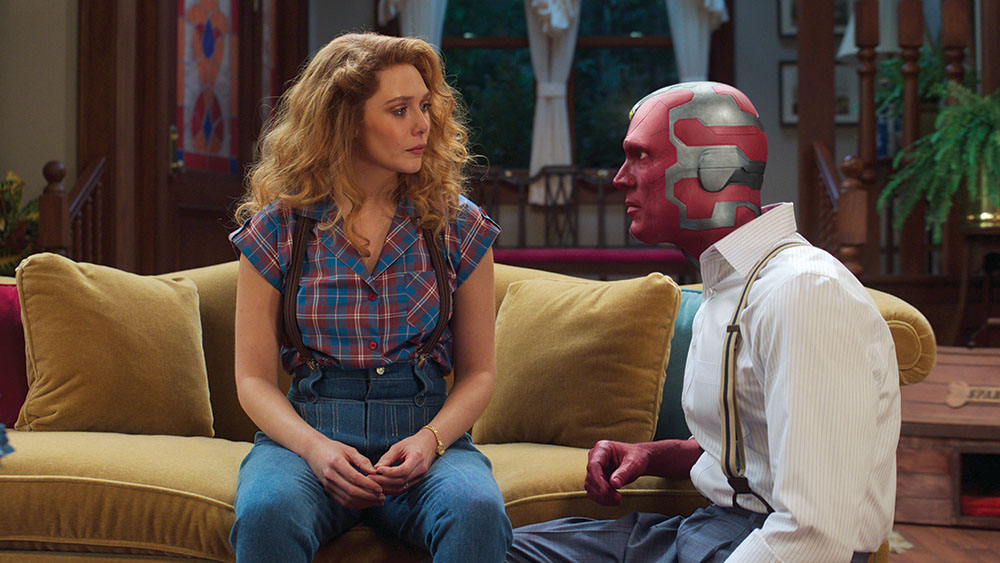 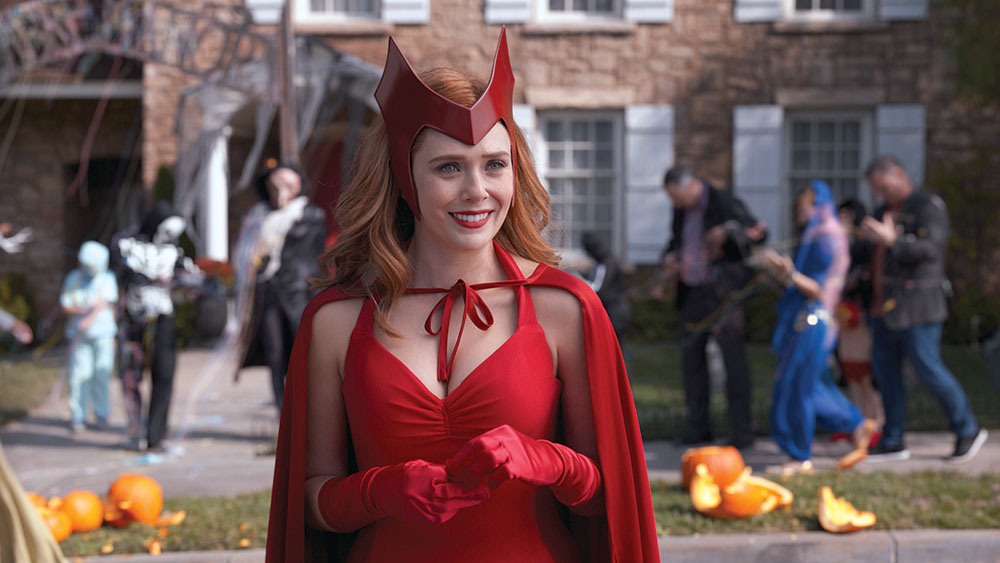 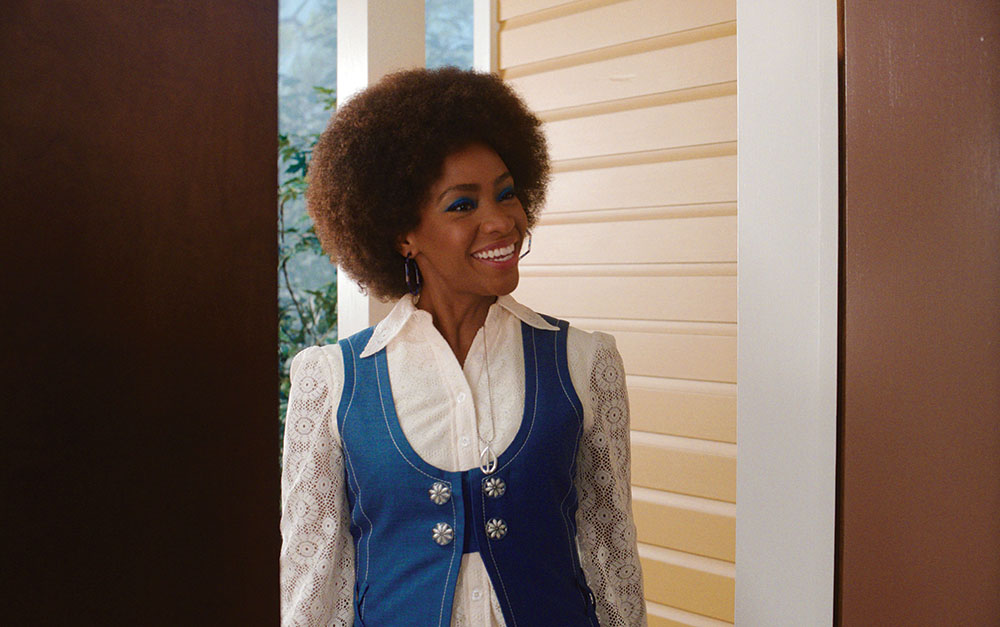