[This story contains spoilers for season one, episode six, of HBO’s Watchmen, “An Almost Religious Awe,” as well as the comic books from Alan Moore and Dave Gibbons on which the show is based.]

Angela Abar (Regina King) offers these ominous words shortly before hitting her husband, Cal (Yahya Abdul-Mateen II), in the head with a hammer, cracking open his skull and revealing his true, blue form: Doctor Manhattan, the atomic demigod from Alan Moore and Dave Gibbons’ original Watchmen text. As it turns out, the erstwhile Jon Osterman has not spent the past 30 years on Mars, as Damon Lindelof’s version of events would have viewers believe. Instead, Doctor Manhattan lives in Tulsa, taking on the human likeness of Cal Abar.

For those keeping score: Angela Abar is not just iconic in her own right as Sister Night, she’s also the granddaughter of founding masked crime-fighter Hooded Justice (Louis Gossett Jr.), as well as the wife of the only true superpowered hero in the known Watchmen universe — and this news comes with only two episodes remaining before the HBO series wraps its first (and potentially only) season.

Listen to the latest Series Regular: Watchmen podcast for more on the Doctor Manhattan reveal.

“Considering episode seven’s ending, it would appear we have some explaining to do,” Lindelof tells The Hollywood Reporter about the ending of “An Almost Religious Awe,” in a quick interview conducted over email. “I’m answering these questions before it airs, but if I were watching the show, I’d be starting to panic that we can’t possibly bring this all together in just two more episodes. So, uh … don’t panic?”

Ahead, Lindelof answers a few key questions about the Doctor Manhattan reveal, as well as the episode’s other critical events: Angela Abar’s past life in Vietnam coming into focus, as well as Senator Joe Keene (James Wolk) revealing the Seventh Kavalry’s secret plot to capture and become Doctor Manhattan. 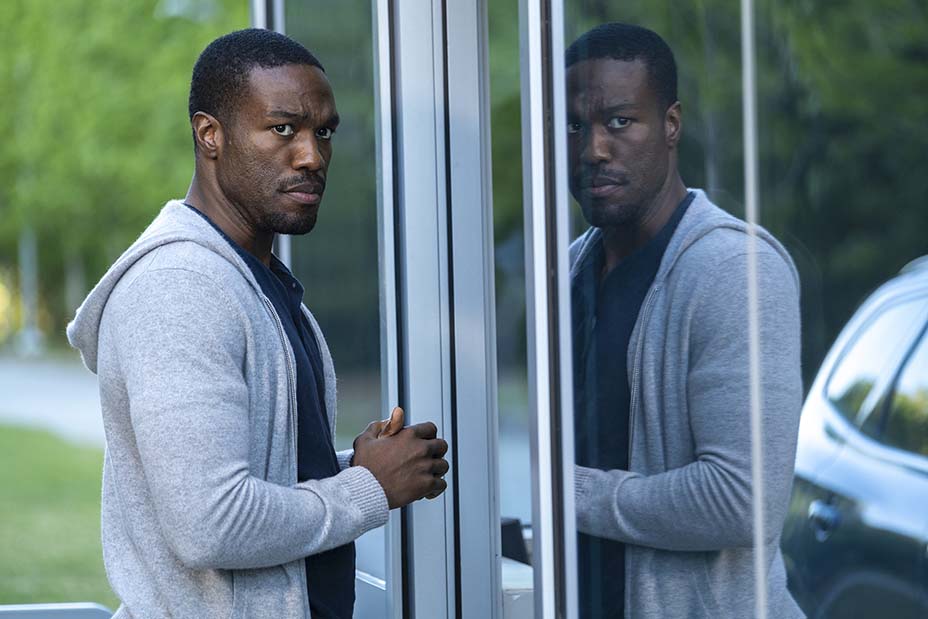 What were your initial ideas about how to bring Doctor Manhattan into the fold for your series, and how did that lead to the Cal Abar character? Was this a turn you arrived at early on in breaking the season, or did it come late in the process?

I started this whole journey from the perspective of a fan — what would I have to see in a television show daring to call itself Watchmen? Doctor Manhattan was near the top of that list. But even higher was that we needed to tell a new story with a new character at the center of it. Once we landed on Angela Abar as that center, the new rule became that any legacy characters we were using (Veidt, Laurie and Hooded Justice) could only be used in service of Angela’s story … She was the sun, everyone else needed to be orbiting around her. So how could Doctor Manhattan, a man with the power of God, be in service of Angela’s story as opposed to the other way around? Based on his past (and all the tropes of Greco-Roman mythology), the answer was intuitive … love. We knew this relationship could only work if Manhattan took the form of a human, and so, the idea of Cal was born. And yeah, it came early. Almost from the jump.

In casting Cal, were you actively casting Doctor Manhattan as well? What qualities were you looking for, and what made you feel Yahya was the right fit?

A hundred percent. At the time, besides the writers, only Nicole Kassell knew. We sort of hinted at it with Vickie Thomas, our brilliant casting director, something along the lines of, “He’s not who we think he is and he’s a bit … off.” I first saw Yahya in an episode of Handmaid’s Tale and I just knew. He came in for a chemistry read with Regina and then she also just knew. Of course, we didn’t tell either of them Cal’s true identity until after he was cast.

As subversive a text as the original Watchmen was, in the end, it followed the same arc as any superhero story: The hero saves the world. The paradigm shift here was that the “good guy” and the “bad guy” were the same person. In our Watchmen, there are more clear-cut bad guys who represent an ideology that is almost impossible to defeat. Bad guys always want the same thing: power. There’s something fundamentally ridiculous about the idea of “white power” in its redundancy as if everyone in America was born onto the same playing field. Sadly, almost every one of our institutions demonstrates that inequity, so the idea that a white, male senator actually wanted MORE power was equal parts absurd and irresistible. As is the case with most white supremacists, Keene doesn’t see taking Manhattan’s power as appropriation as much as taking something he already feels entitled to.

The episode prominently features Angela’s past in Vietnam. In crafting Watchmen, what was it about Vietnam and its place in the graphic novel that stood out to you as fertile ground for the themes and stories you’re striving to tell here?

Angela’s story at its core is “Who am I?” — her entire journey is built around answering this question … and it can’t be answered until Will arrives and shows her who he is. It felt important for Angela to be an orphan herself … and not just without parents, but without a sense of place. Vietnam might as well be Mars for a young African American girl. The whole idea of having her be born and raised there (in addition to connecting her to Doctor Manhattan’s history as he single-handedly won the war) was to give real power to her grandmother’s invitation to come back to Tulsa because it’s “where she’s from.” In many ways, Angela’s story starts in the Dreamland theater in 1921. If Tulsa was the final destination in her journey of self-discovery, we wanted to start her as far away as possible.

Now that we have Doctor Manhattan joining Veidt and Laurie, is it too much to ask for a Dan Dreiberg sighting before the end of the season?