So goes the countdown clock in a brand-new teaser for Watchmen, HBO’s series based on the classic graphic novel from Alan Moore and Dave Gibbons. From the mind of Lost and The Leftovers creator Damon Lindelof, Watchmen looks set to continue the story as left in the pages of Moore and Gibbons’ tale long ago, with a modern update of a world in which superheroes exist — and should very much not be trusted.

Watch the teaser for the series, which is set to debut in the fall, below.

Originally published by DC Comics in 1986, Watchmen told a decades-spanning saga about masked crime-fighters operating amidst Cold War tensions. Celebrated as one of the most essential entries in the comic book medium, Watchmen inspired a 2009 film from Zack Snyder, and is now the basis for Lindelof’s upcoming television series. Unlike Snyder’s movie, Lindelof’s take on the source material is not designed as a beat-for-beat adaptation. As HBO defines it, Watchmen is “set in an alternate history where ‘superheroes’ are treated as outlaws,” and promises to embrace “the nostalgia of the original groundbreaking graphic novel of the same name while attempting to break new ground of its own.”

“This story will be set in the world its creators painstakingly built,” Lindelof has said. “But in the tradition of the work that inspired it, this new story must be original. … Some of the characters will be unknown. New faces. New masks to cover them.”

Some of the characters will be familiar as well, however, as Watchmen appears to be set several years after the end of the story as told in Moore and Gibbons’ comics. It promises to explore the ramifications of a world that once suffered a colossal disaster, fueled by one of the smartest minds on the planet: Ozymandias, played in the HBO series by Jeremy Irons.

'Watchmen': All the Details (So Far) About HBO's Damon Lindelof Drama

Which original Watchmen heroes and villains (such as they exist in the morally gray material) will follow Ozymandias into Lindelof’s take on the tale? The question remains an open one, though the new teaser offers something of an answer regarding one fan-favorite character: Rorschach, played by Jackie Earle Haley in Snyder’s film, a figure in the Watchmen world akin to Batman, assuming Bruce Wayne lost all of his money and never took a shower.

Though the deeply principled and questionably sane Rorschach does not survive the original story, it appears his legacy will very much live on in the form of an army of veritable Rorschach disciples. It makes sense, given the end of the graphic novel, in which Rorschach — who refuses to sign onto Ozymandias’ plan to save the world by destroying New York City through a doctored-up “otherworldy” threat (see: a gigantic telepathic squid monster) — lives on in the form of his journal, indicating that the truth about Ozymandias’ scheme will perhaps some day see the light of day.

“We are no one; we are everyone,” the Rorschach-masked men state at the start of the teaser. “And we are invisible.”

Another phrase uttered over and over throughout the teaser: “Tick, tock,” which should be more than familiar to fans of the source material, as well as anyone who has ever owned a clock. The Doomsday Clock turns toward midnight once more — but how close is it? That’s for the HBO drama to reveal when it debuts this fall.

In addition to Irons, the cast of Watchmen includes Don Johnson, Tim Blake Nelson, Louis Gossett Jr., Tom Mison and more. Headlining the ensemble: Regina King, already deeply familiar with Lindelof’s writing through their collaboration on HBO’s The Leftovers. In that grief-stricken drama, King played Erika Murphy, a doctor who struggles with the sudden disappearance of her teenage daughter some years after the greater Sudden Departure. Who will she play in Watchmen? Still unclear, though HBO has offered at the very least a first look at her: 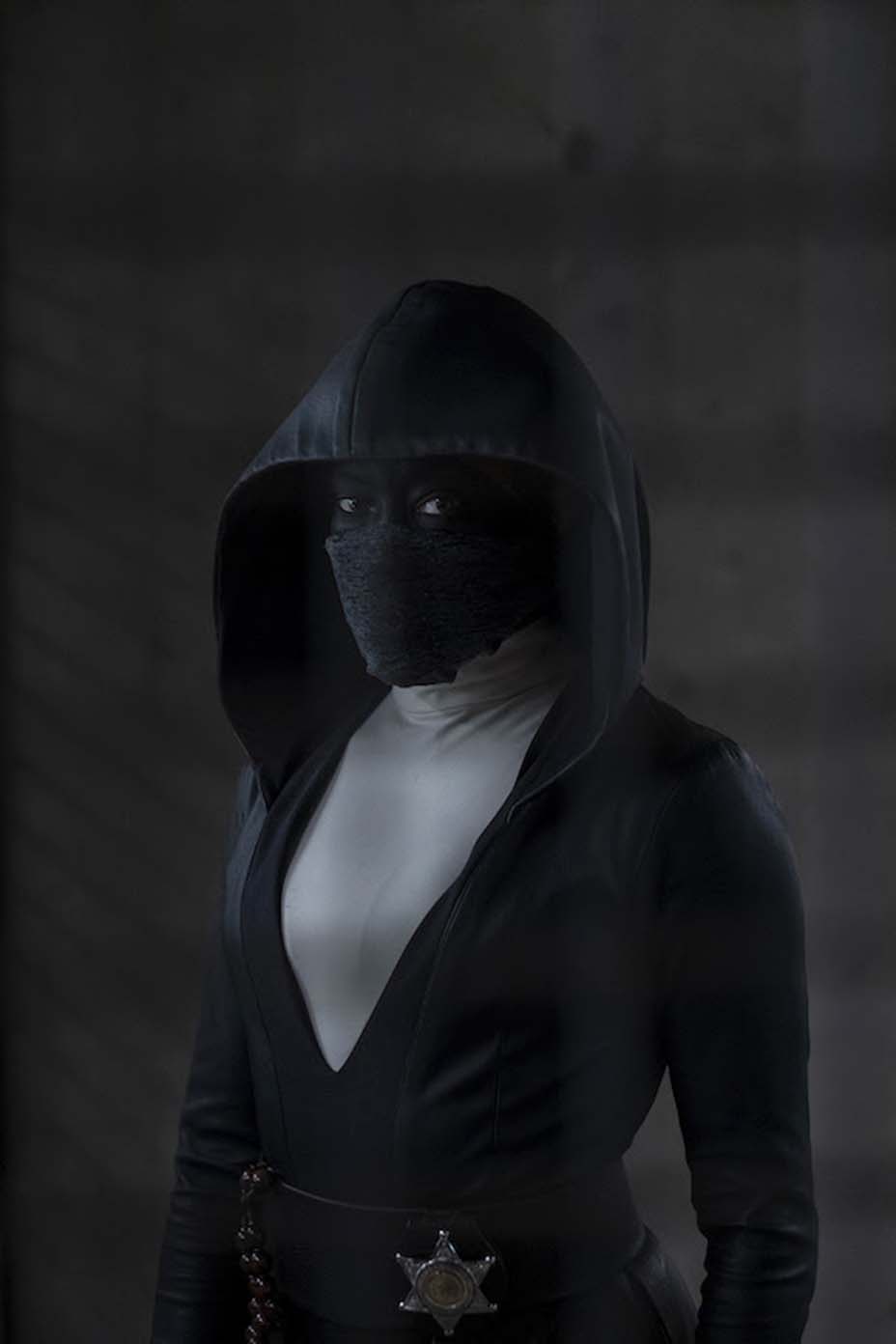